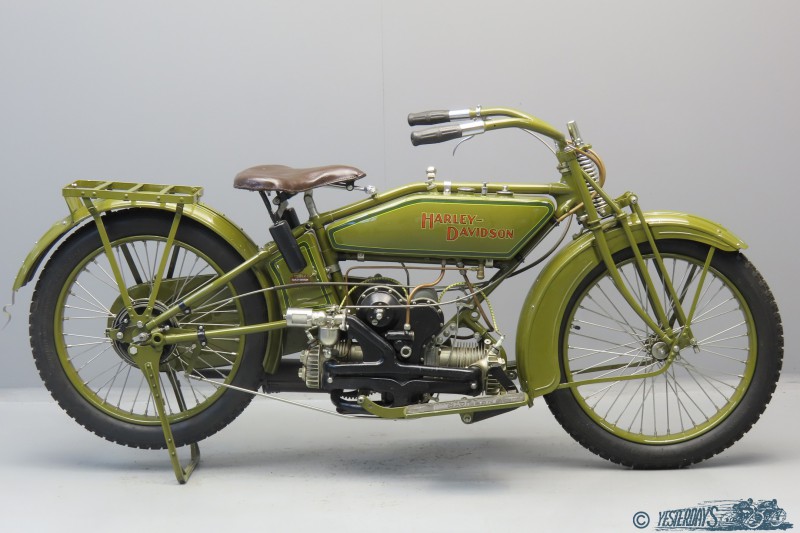 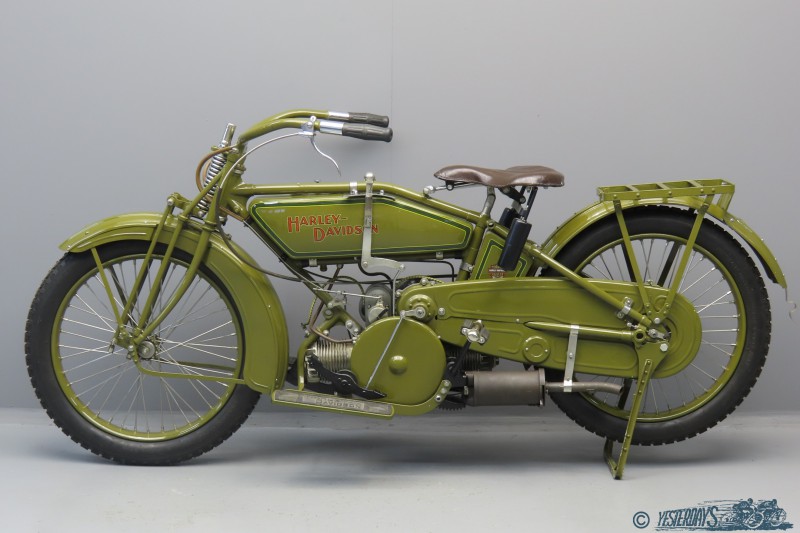 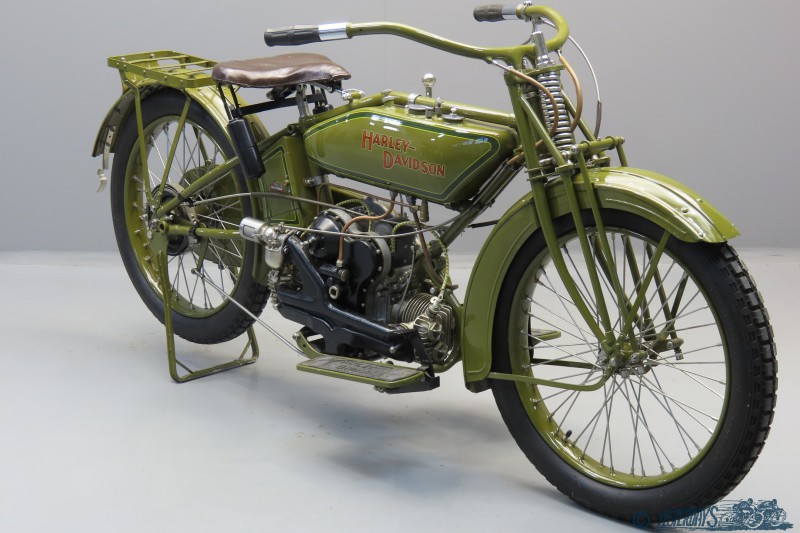 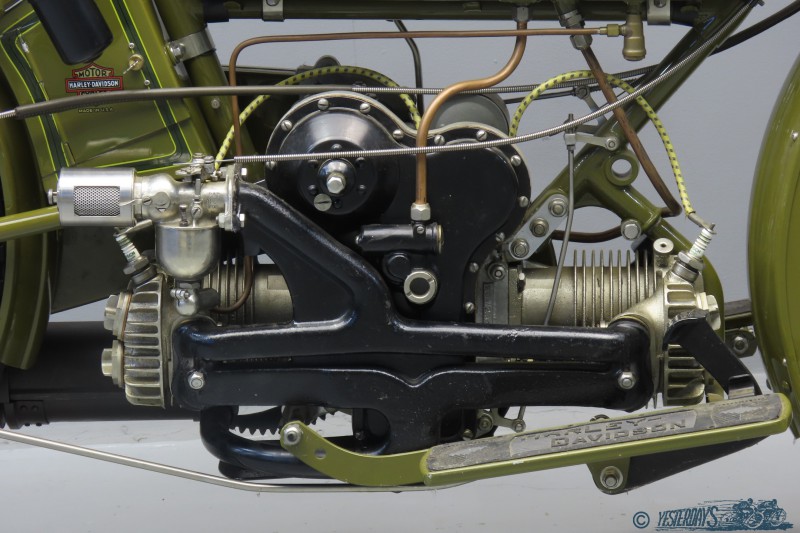 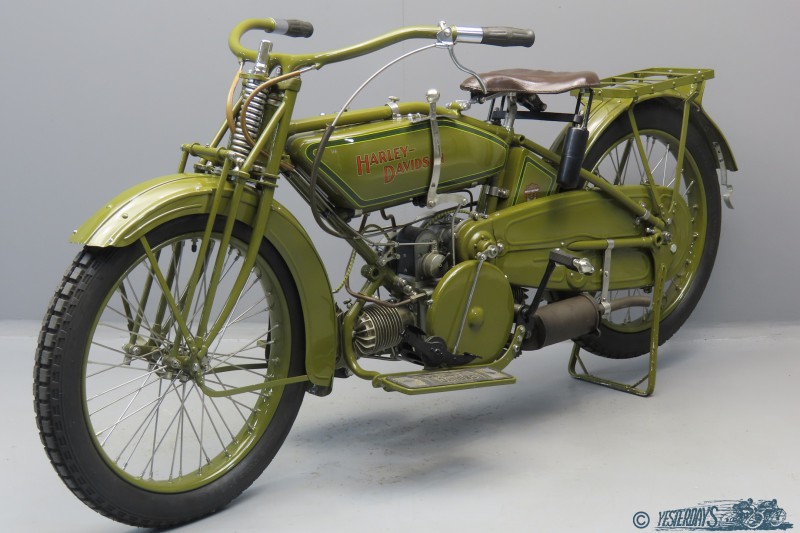 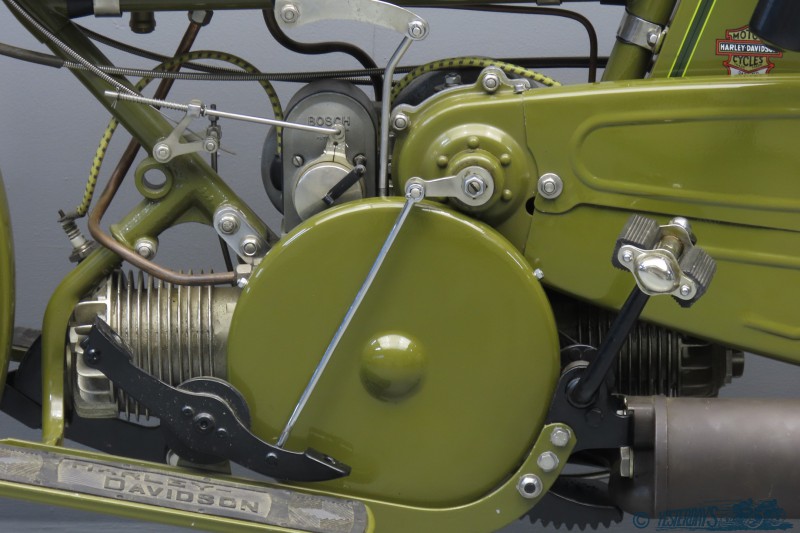 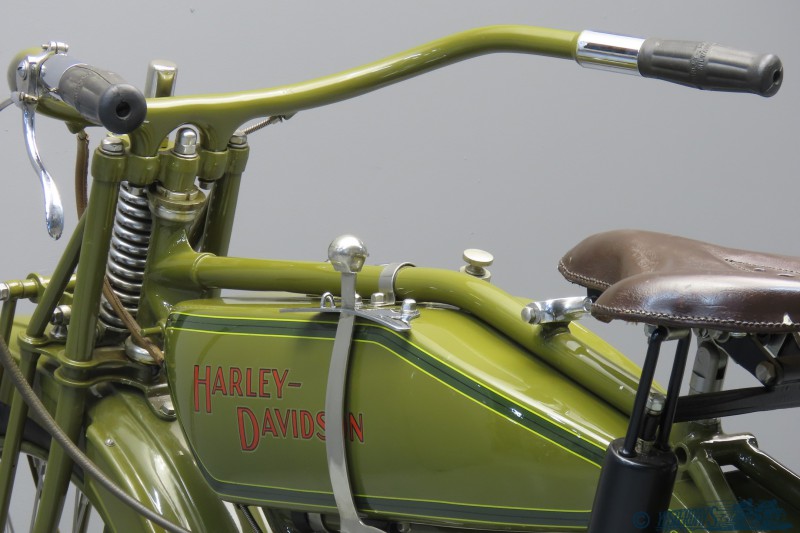 Inspired by the British Douglas, that likewise used a horizontally opposed twin-cylinder engine, the Harley-Davidson Model W would prove more popular in Europe than America, where the big v-twin engine was top of the bill. The Model W was introduced in the middle of 1919 and, although not overly powerful, it obviously handled well and possessed a decent turn of speed, as evidenced by a number of record-breaking achievements including setting a new best time for the Three Flags run from Canada to Mexico. Despite these successes the American motorcycling public remained unconvinced of the Model W’s virtues and H-D pulled the plug on this promising design after only a few seasons. Production ended in 1923, by which time 9,883 machines had been built. In 1920, the best year for the W, 5269 machines left the factory, most of them being models without electric lighting.
Some noteworthy features of the design were unit construction of the inlet and exhaust manifolds to provide preheating of the incoming mixture, geared primary drive, sprung seat post and fully enclosed rear chain. Note also the unusual trailing link front fork that acted on a single central coil spring. A double rear brake of the internal expanding and external contracting type was fitted and the clutch was foot-controlled. In the middle of 1920 two versions became available, the WF that had magneto ignition and could be fitted with acetylene lighting, and the WJ that featured battery and coil ignition and electric lighting.

This unusual Harley-Davidson has been restored with great care for detail.