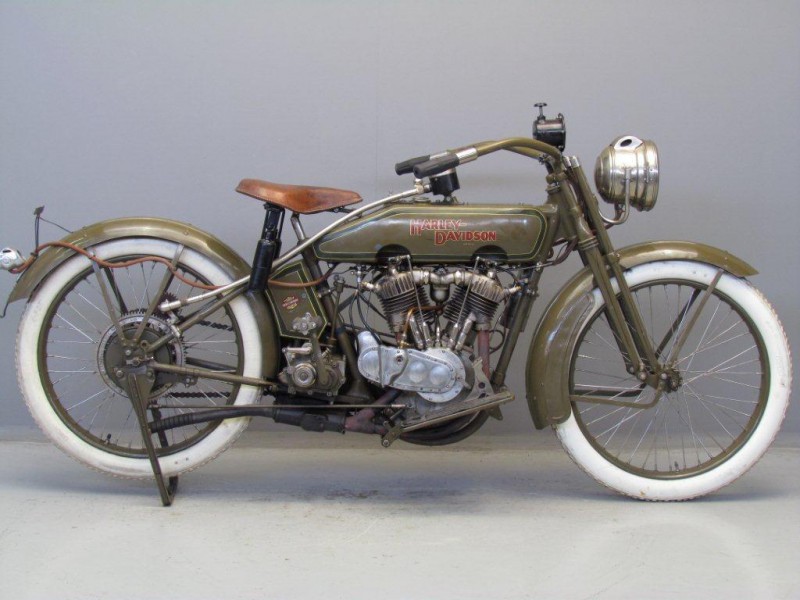 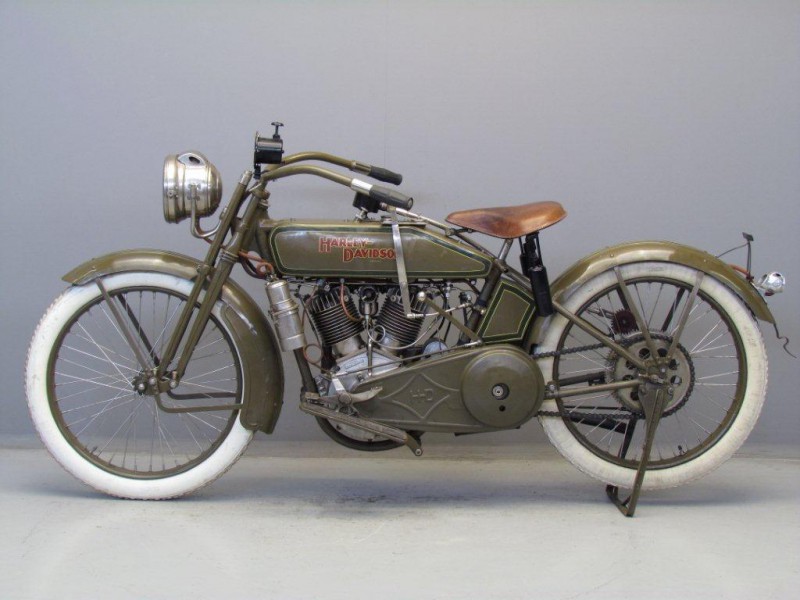 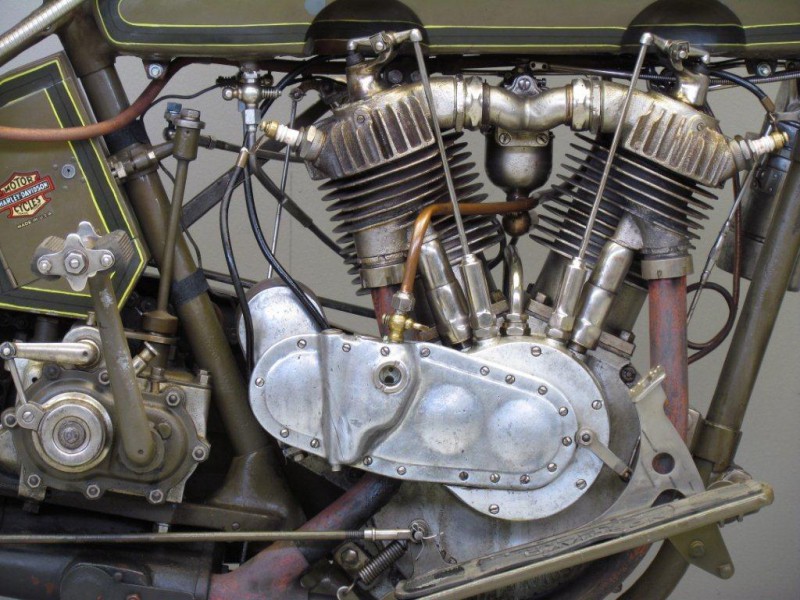 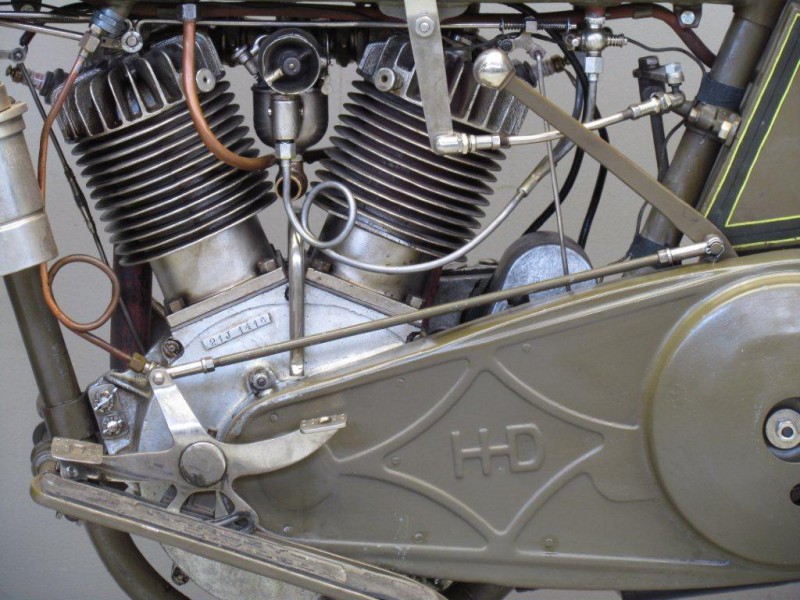 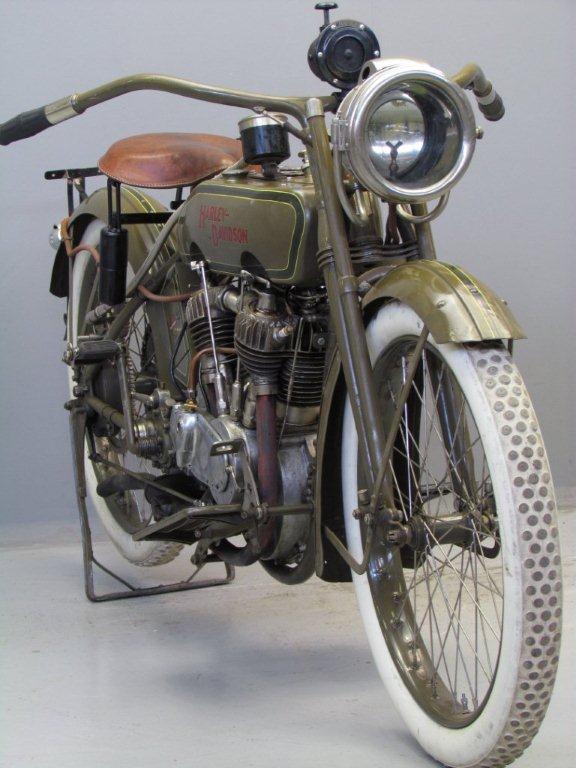 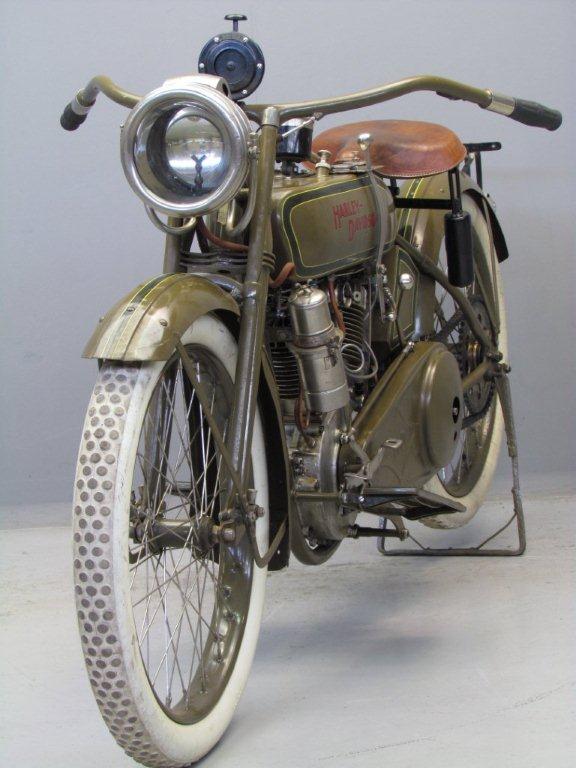 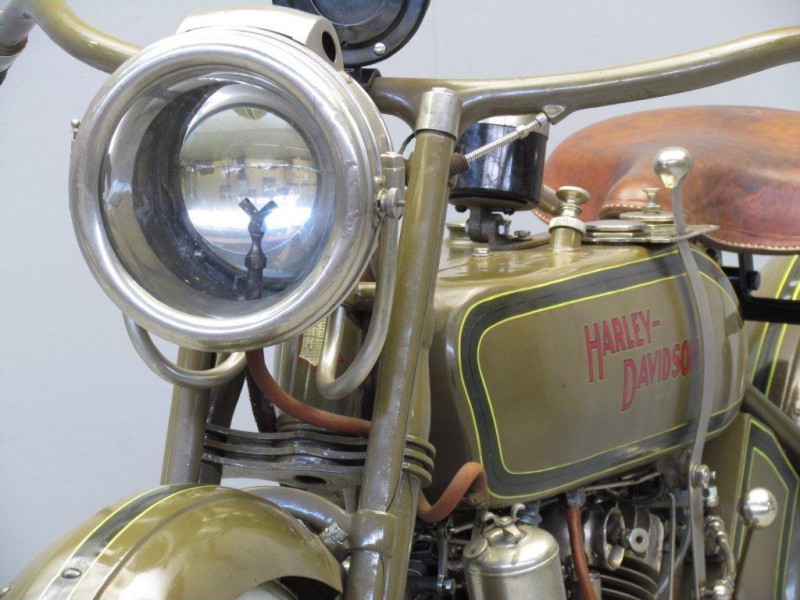 It took the Harley-Davidson Co. about 12 years to develop their motorcycles from a single cylinder belt driven single 3 HP machine to the 45 degree V-twin with 3-speed countershaft gearbox that was marketed in 1915.
This sturdy 989 cc (84x89mm) machine became a popular choice for motorcycle buyers all over the world, private enthusiasts as well as police forces, postal sevices and other government bodies.
The twin could be ordered with magneto ignition (“F”) or battery and coil ignition (“J”).
The engine delivered 17 HP @ approx. 3,200 rpm.
The OHV inlet, side valve exhaust concept was used till 1930, when HD  chose the full side valve engine concept.
In 1920 a new factory building was completed; this made HD the largest motorcycle factory in the world with 2,400 employees and established dealerships in 67 countries.
Harley-Davidsons  were fast becoming famous for their power, comfort and reliability.
This 1921 Harley Davidson model “F” is equipped with full acetylene lighting, consisting of  an “Old Sol” head lamp, tail light an acetylene gas generator.
A rear wheel driven Corbin tacho and a  “Claxon” push horn completes the machine.
This  model “F” features an older, however still very presentable restoration.