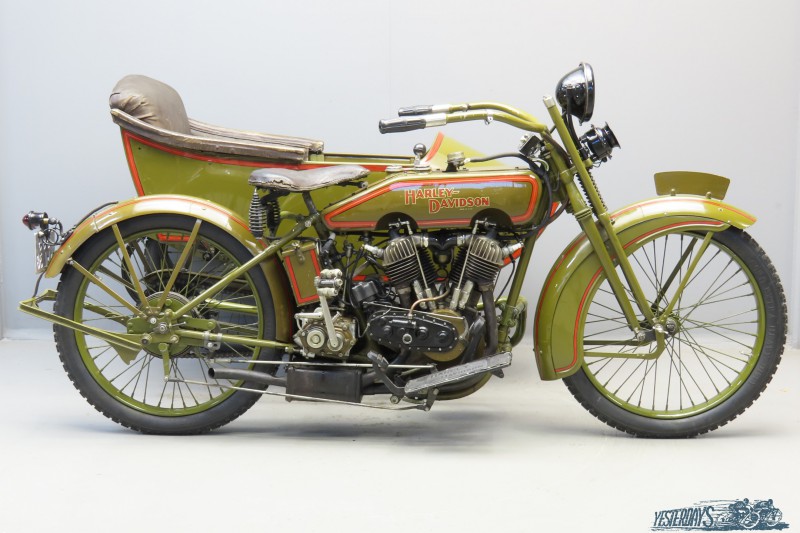 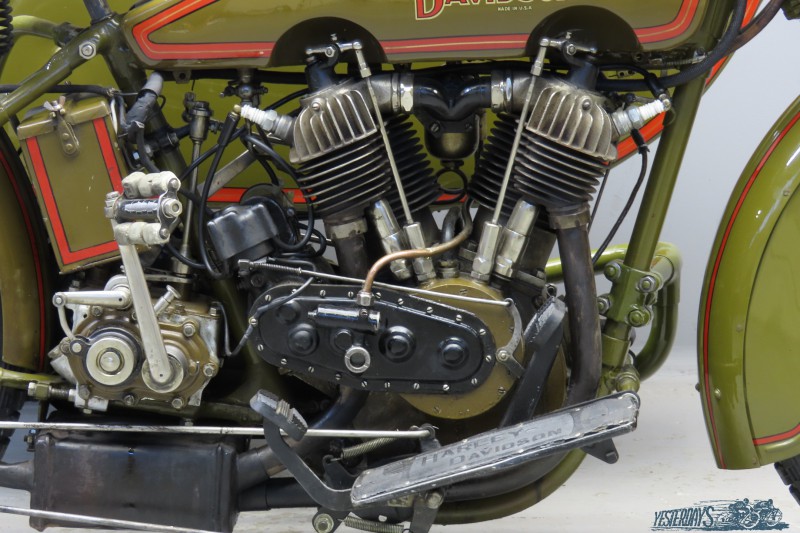 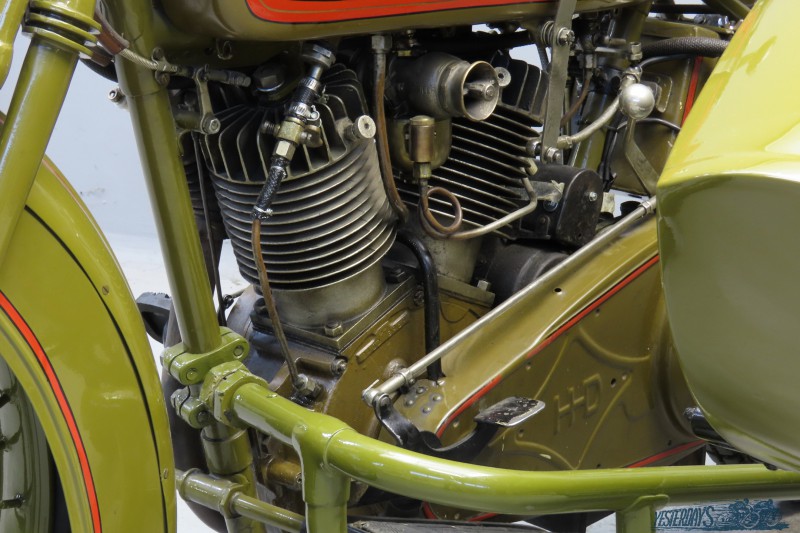 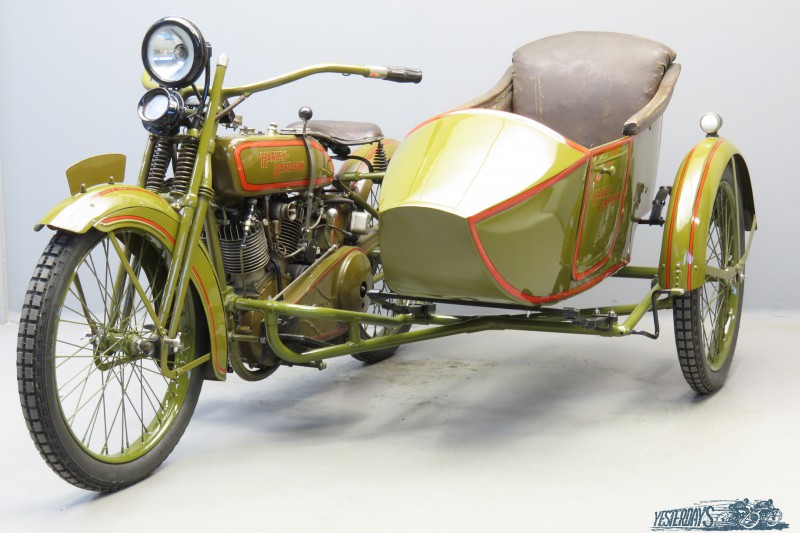 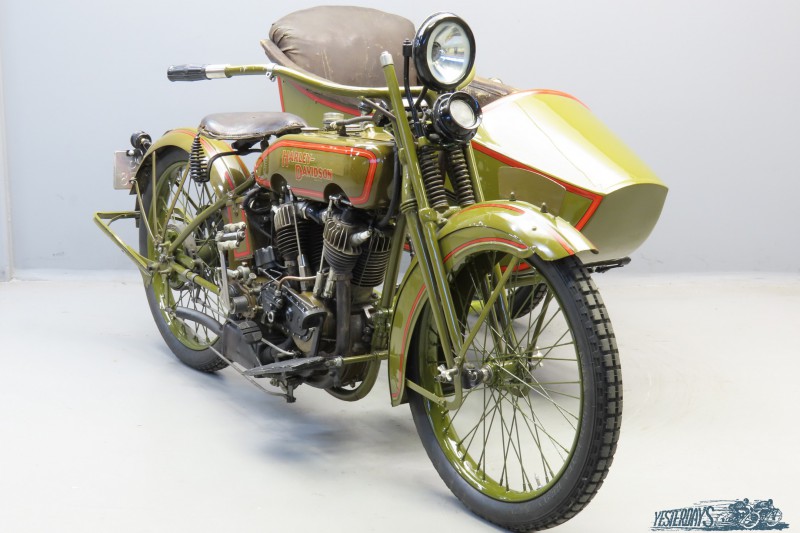 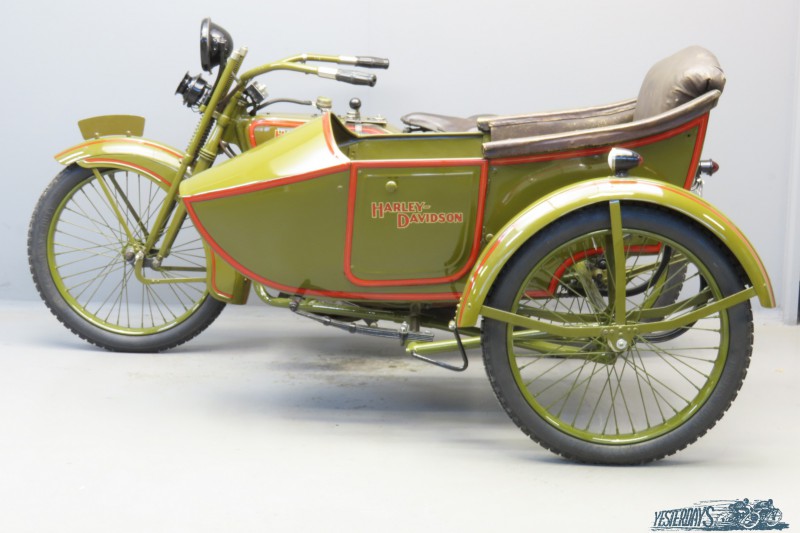 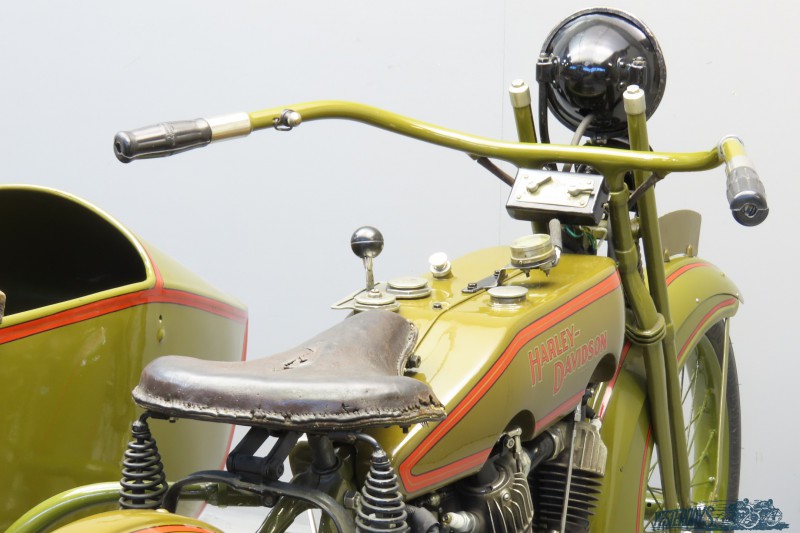 In 1921 the 989cc twin got a larger-capacity brother; both bore and stroke were increased which led to 1212cc or 74cu capacity. The 1922 sales brochure made a big thing of the extra power: “The Harley-Davidson 74” Superpowered twin cylinder Motorcycle is a specially designed machine possessing tremendous power, superpower, a surplus of the might that enables it to conquer rough roads, sand and mud and iron out the steepest hills with ease. The brute strength of the 74 ”Superpowered Twin and its bulldog tenacity in tough going makes it the ideal sidecar machine, especially for use with the two-passenger sidecar (model 22QL) and where travelling conditions are the worst.”

The new  “74” had revised crankcase halves and a new design cylinder and head. Model codes were FD with magneto and JD with battery-and-coil. The extra power provided was not spectacular: the 1924 J had a power output of 18hp @3,600rpm, the JD delivered 20hp @3,400rpm, and that for an extra $15. Incidentally, 1924 was not a good year for the firm: the losses amounted to almost $120,000 and the workforce was trimmed down from 2500 to 1000 employees. More than 6000 machines were exported oversees this year; this amounted to almost half of all Harleys manufactured. One of the new features for 1924 was a box- shaped silencer. Harleys used to have only an internal-expanding brake on the rear wheel but as many countries had legislation that demanded two independent working brakes, export models got an extra contracting-band brake that worked on the outside of the brake drum and was initially controlled by a lever on the handlebars. Later models had two foot pedals for the brakes, as this machine does. The JD combination we present comes with full electric lighting, horn and tank top mounted Weston ammeter. She is an older restoration in good overall condition.