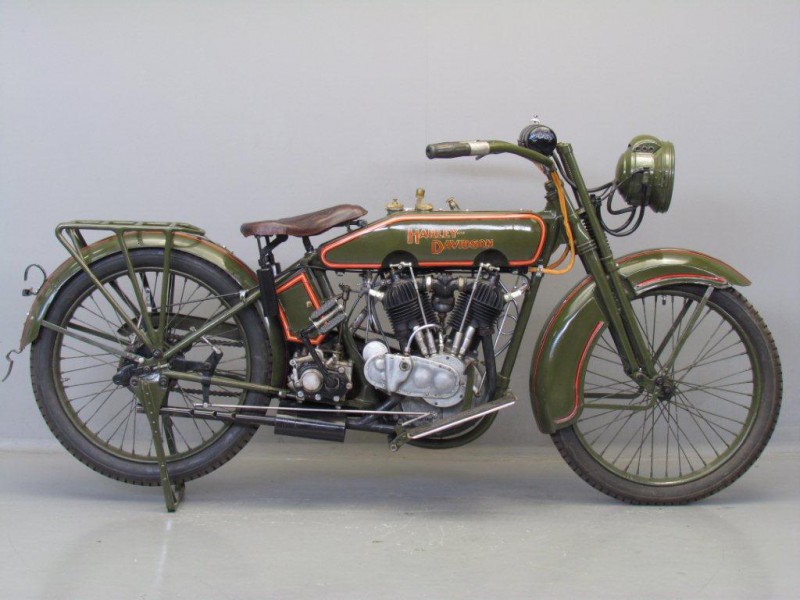 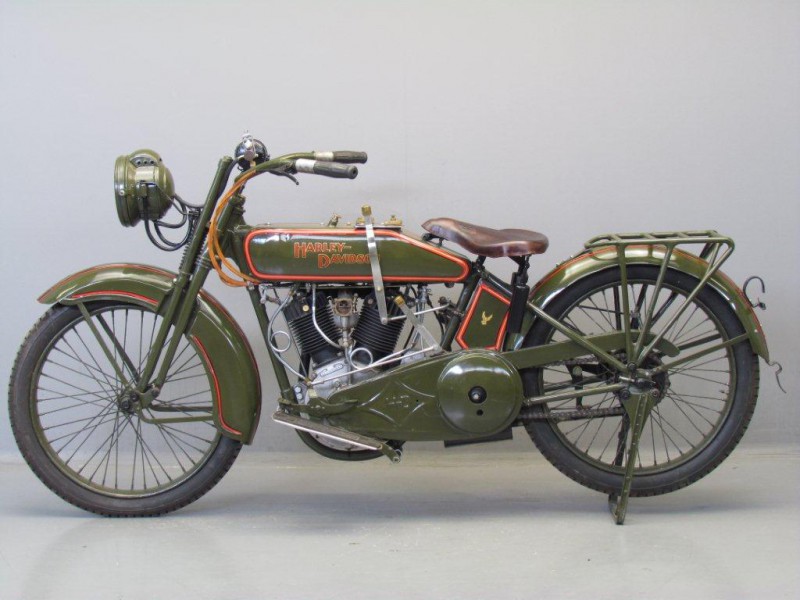 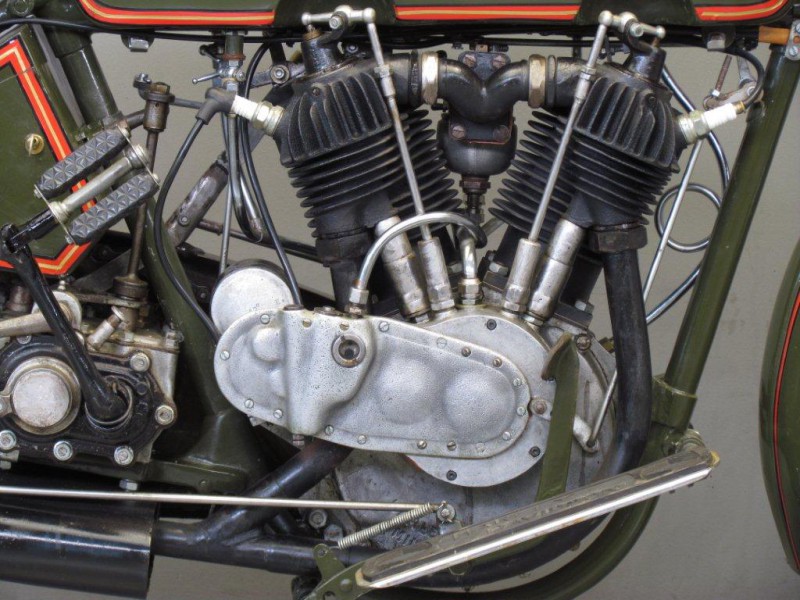 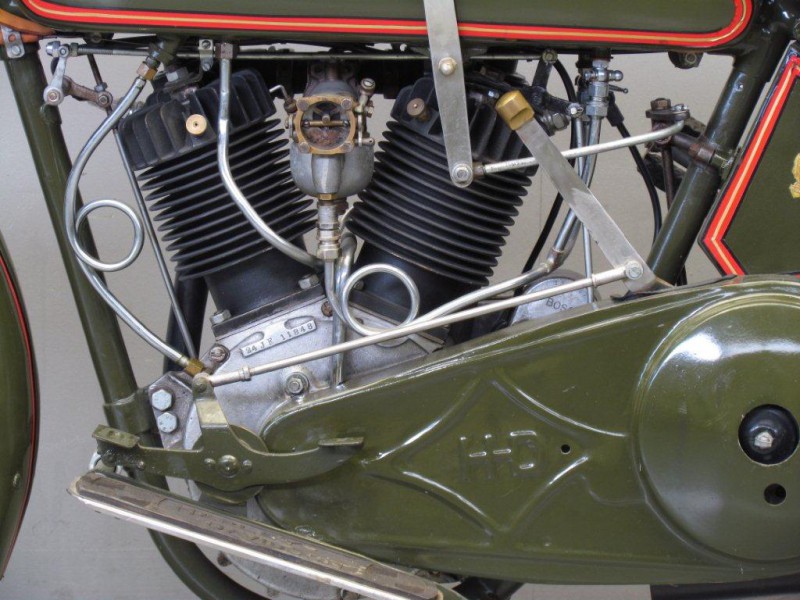 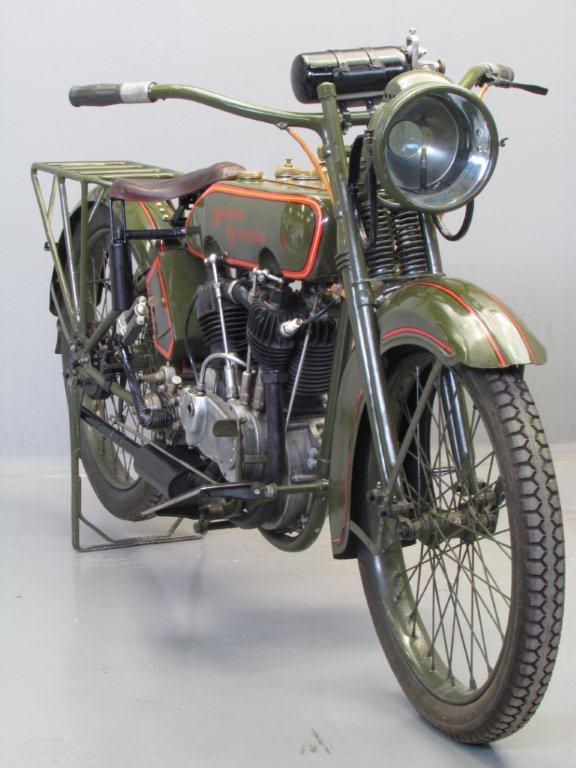 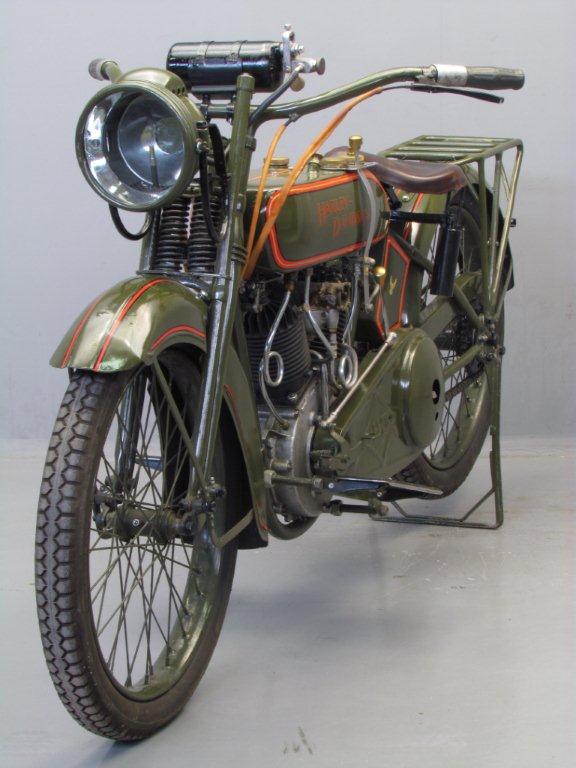 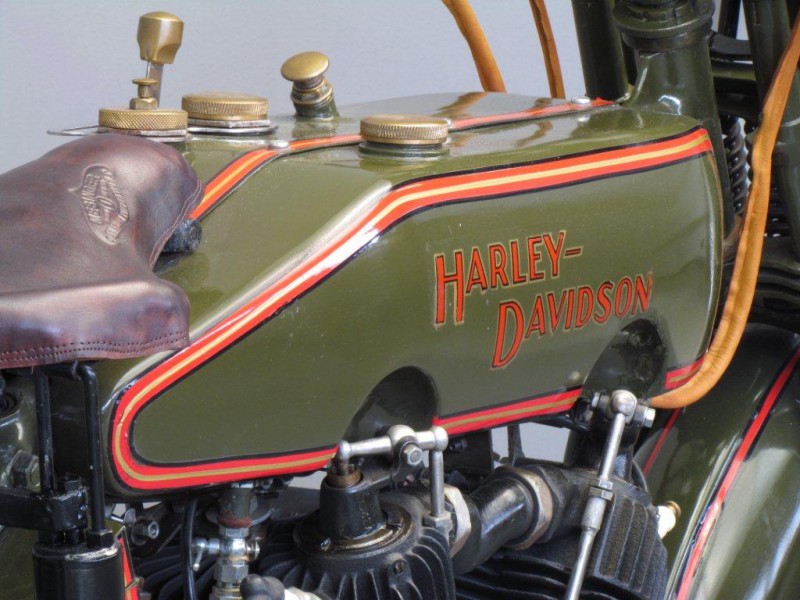 It took the Harley-Davidson Co. about 12 years to develop their motorcycles from a single cylinder belt driven single 3 HP machine to the 45 degree V-twin with 3-speed countershaft gearbox that was marketed in 1915.
This sturdy 989 cc  (84x89mm) machine became a popular choice for motorcycle buyers all over the world, private enthusiasts as well as police forces, postal sevices and other government bodies: in 1924 more than 1400 law enforcement agencies in the U.S. alone were equipped with HD motorcycles.
1924 was not a good year for the firm: the losses amounted to almost  $ 120,000 and the workforce was trimmed down from 2500 to 1000 employees.
More than 6000 machines were exported oversees this year; this amounts to almost half of all Harleys manufactured.
New features for 1924 were a box- shaped silencer and the installation of Alemite grease fittings. With every new motorcycle an Alemite grease gun and a can of grease was supplied.
This machine is a nice older restoration