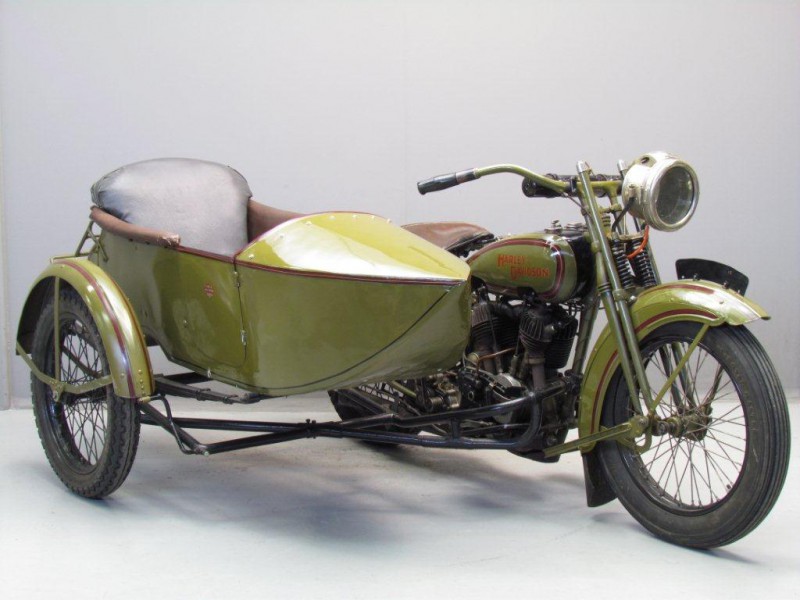 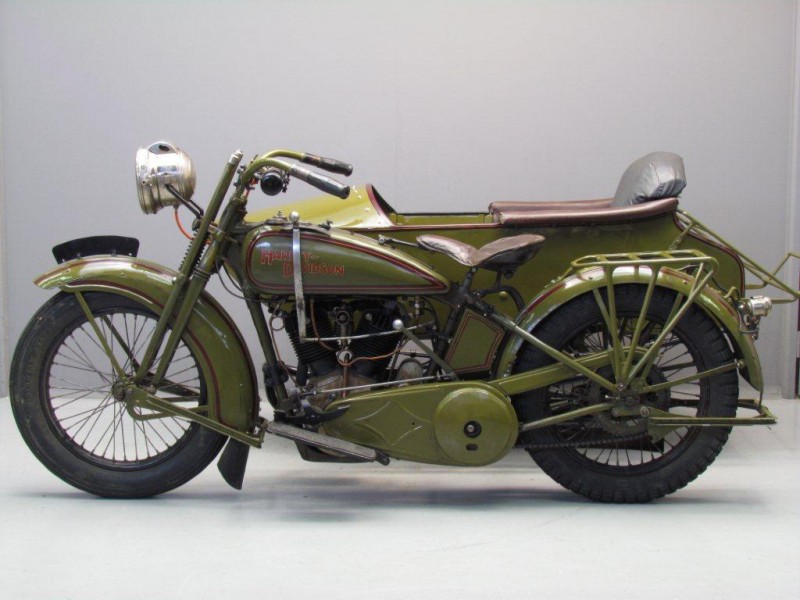 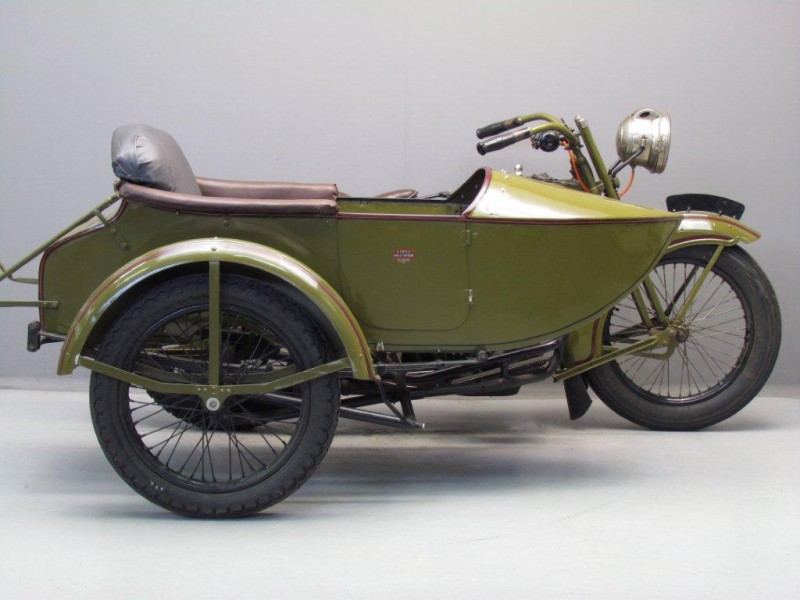 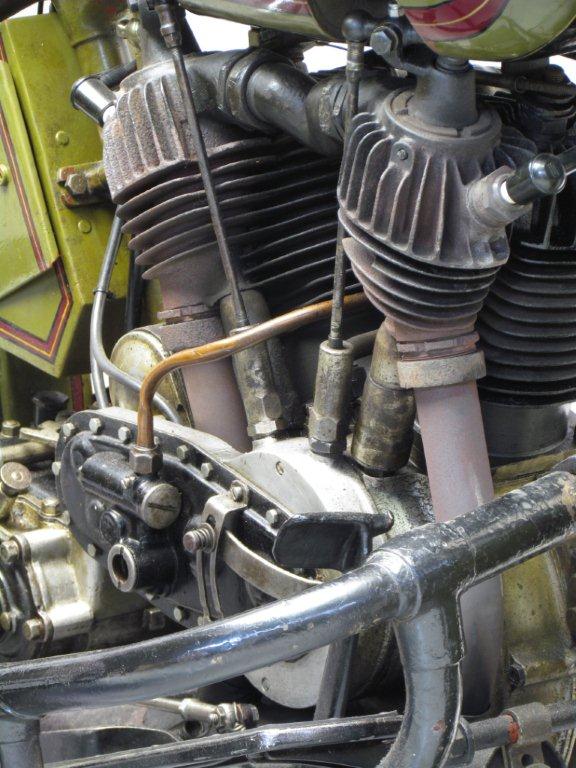 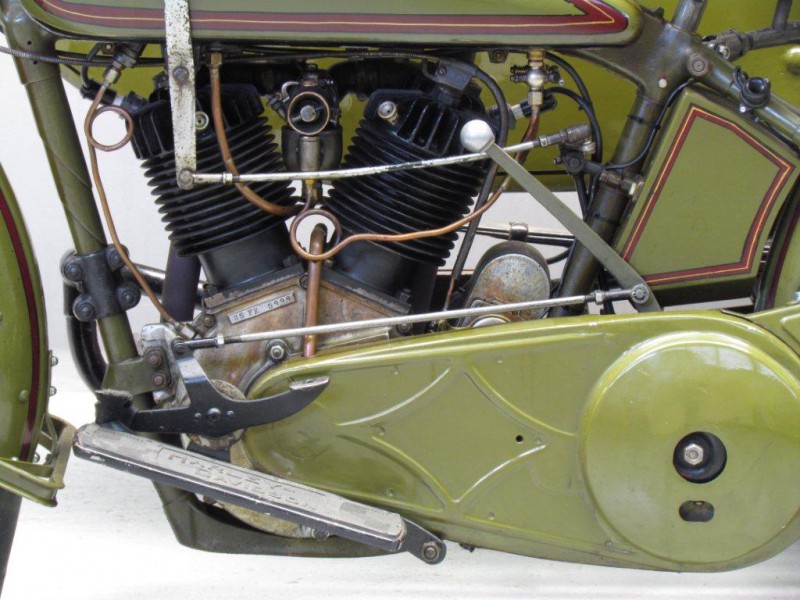 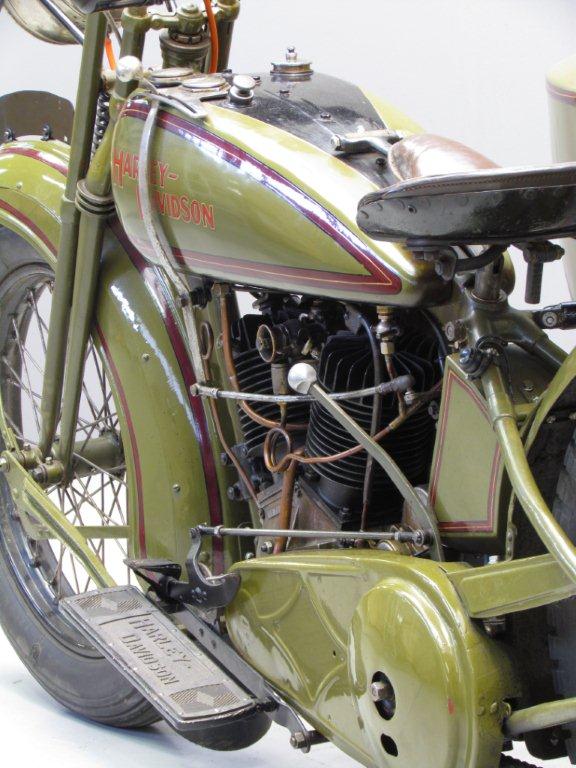 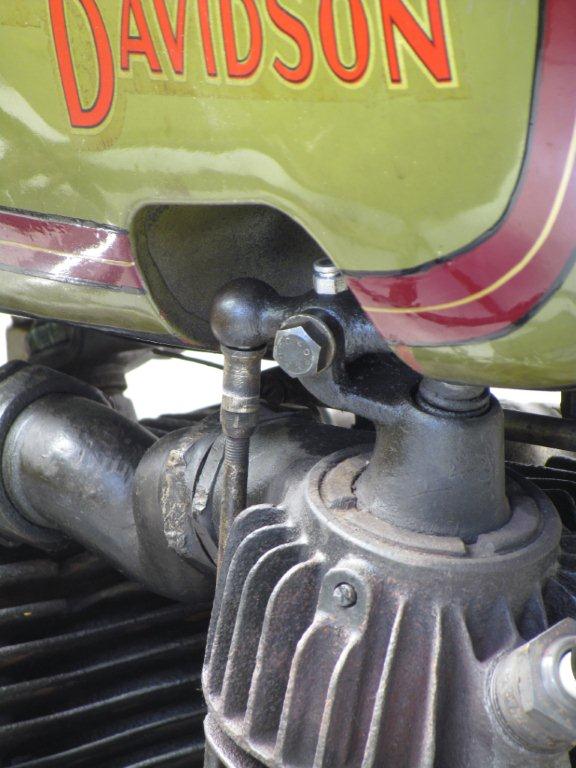 1909 marked the appearance of Harley-Davidson’s first v-twin, though it was not until the adoption of mechanically operated inlet valves in 1911 (replacing the ‘atmospheric’ type inherited from the single) that production really took off.
Known by the sobriquet ‘pocket valve’, this ‘F-head’ (inlet-over-exhaust) engine – built in 61ci and 74ci capacities (1,000cc and 1,200cc respectively) – would remain in production for the next 20 years.
The Harley single’s transmission arrangements – direct drive by means of a leather belt – were continued at first on the twin, but the need to make better use of the engine’s power characteristics, particularly for sidecar pulling, prompted the introduction of a two-speed rear hub for 1914, by which time chain drive and a proper clutch had been adopted.
Later that same year a conventional, three-speed, sliding-gear transmission with ‘step starter’ was introduced with full electrical equipment,  listed  as the Model J (61 cu.inch) or JD (73 cu.inch).
From then on two model lines were followed, the electrically equipped “J”series  and the magneto model “F” series. Model year 1925  looked completely different from the older models: a new type of frame caused the saddle position to be 3 inches lower than before, the wheel were smaller in diameter and the petrol tank got  a “ dynamic”  teardrop shape.
All in all these new models looked much more modern than their predecessors.
In 1925  Harley Davidson sold about 15,000 motorcycles.
The majority of the machines sold were of 1212 cc capacity. Some 5500 were 989 cc models, about  1750 of these were equipped with magneto ignition and acetylene lighting.
This 1925 ‘pocket valve’ Harley has been used for many years in numerous European rallies and club runs.
The machine is equipped with full acetylene lighting fed by an acetylene gas cylinder and for extra safety the machine has been fitted with drop-centre rims and wired-on tyres.
The Harley Davidson sidecar is equipped with a door for easy access and a luggage rack.
This Harley Davidson is a nice, and still well presented older restoration.