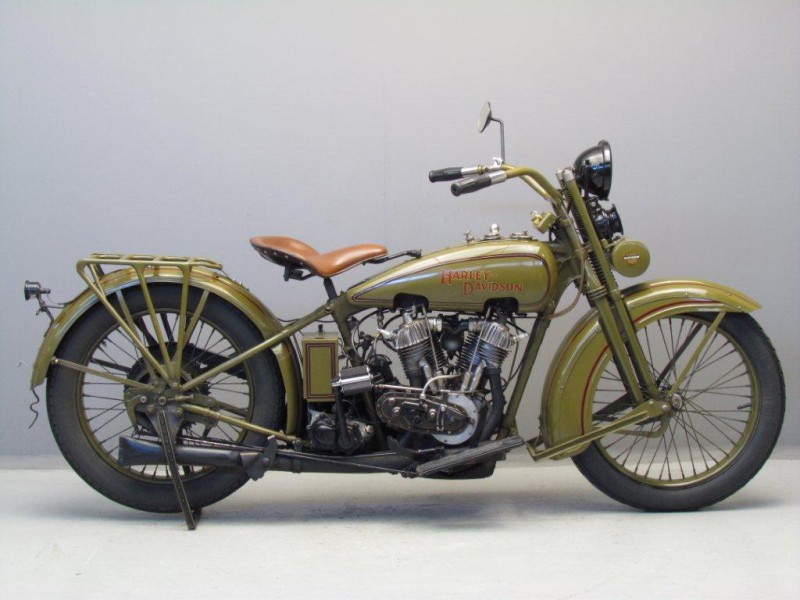 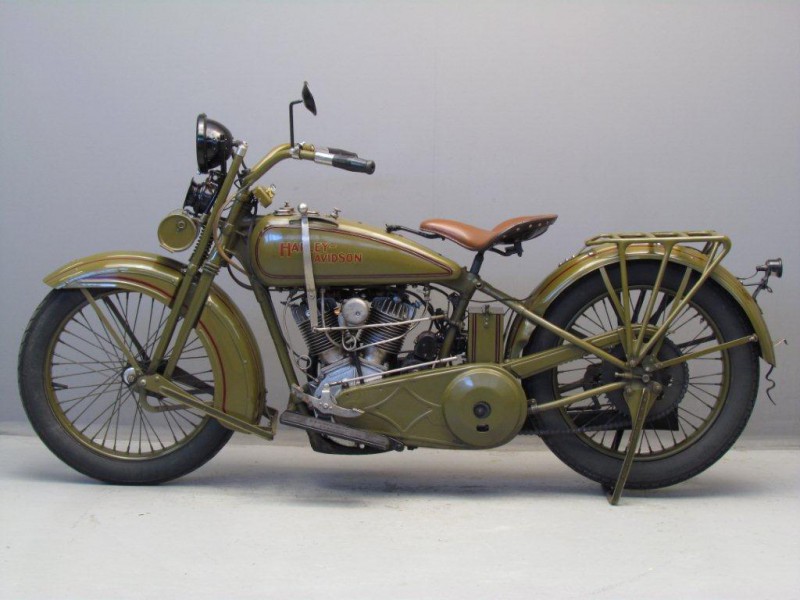 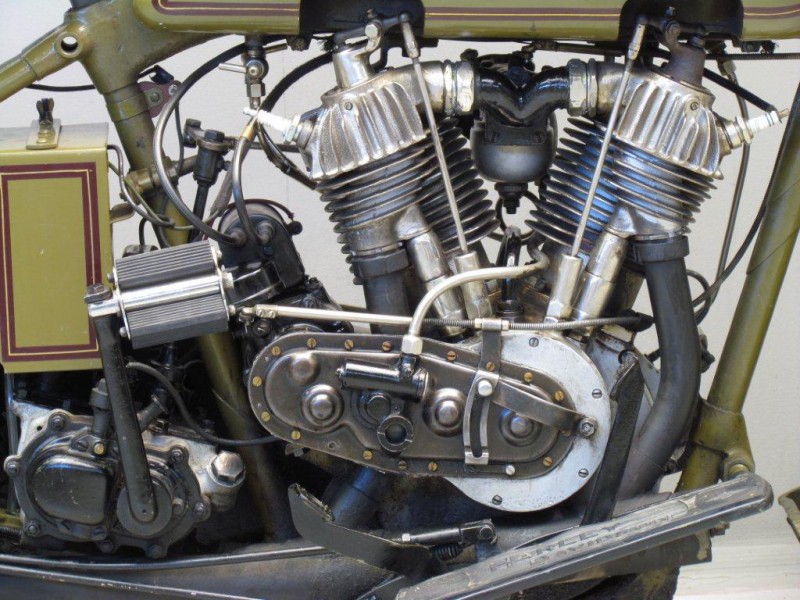 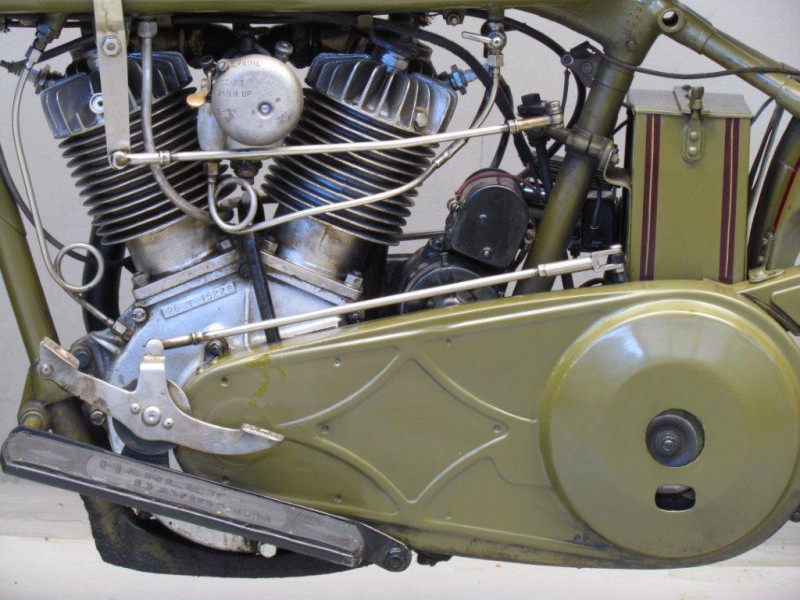 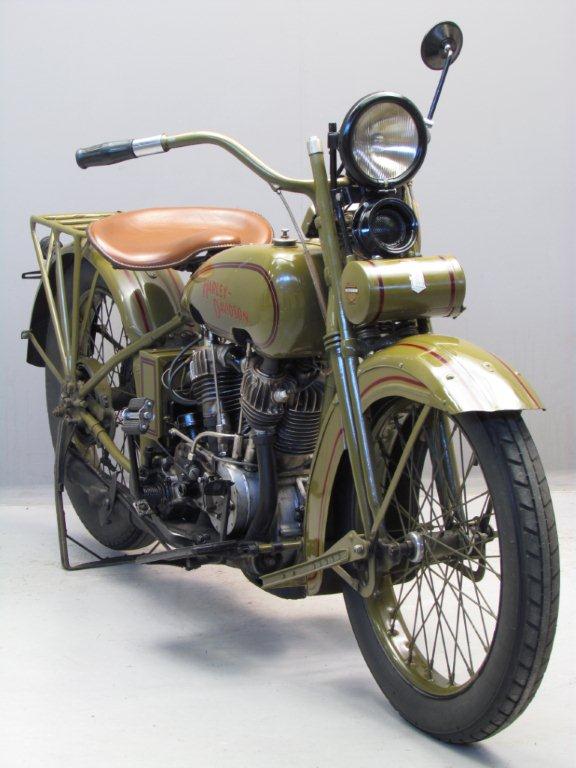 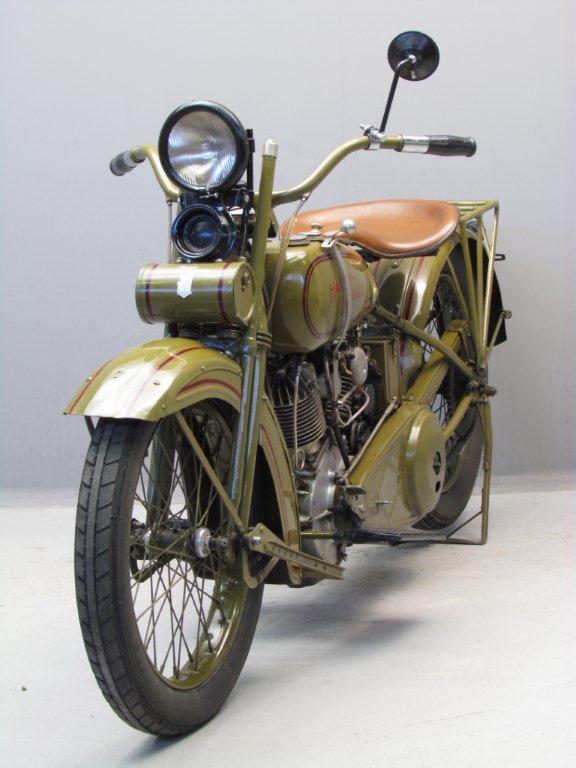 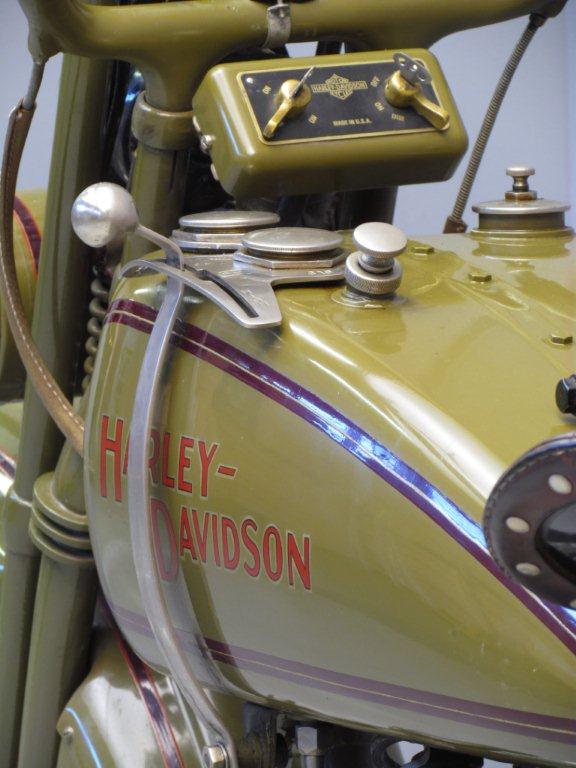 1909 marked the appearance of Harley-Davidson’s first v-twin, though it was not until the adoption of mechanically operated inlet valves in 1911 (replacing the ‘atmospheric’ type inherited from the single) that production really took off.
Known by the sobriquet ‘pocket valve’, this ‘F-head’ (inlet-over-exhaust) engine – built in 61ci and 74ci capacities (1,000cc and 1,200cc respectively) – would remain in production for the next 20 years.
The Harley single’s transmission arrangements – direct drive by means of a leather belt – were continued at first on the twin, but the need to make better use of the engine’s power characteristics, particularly for sidecar pulling, prompted the introduction of a two-speed rear hub for 1914, by which time chain drive and a proper clutch had been adopted.
Later that same year a conventional, three-speed, sliding-gear transmission with ‘step starter’ was introduced on the top-of-the-range version of the twin which, with full electrical equipment, was listed from now on as the Model J.
Periodically revised and up-dated, the Model J had gained a front brake, stronger fork and pumped lubrication by the time production ceased in 1929.
Some of the new features for 1926 were wider mudguards, higher dynamo output and battery capacity and a revised exhaust system.
Power output is approximately 18 HP@3400 rpm and the  weight of the  machine is 180 kg.
This machine is a  well restored fine runner.