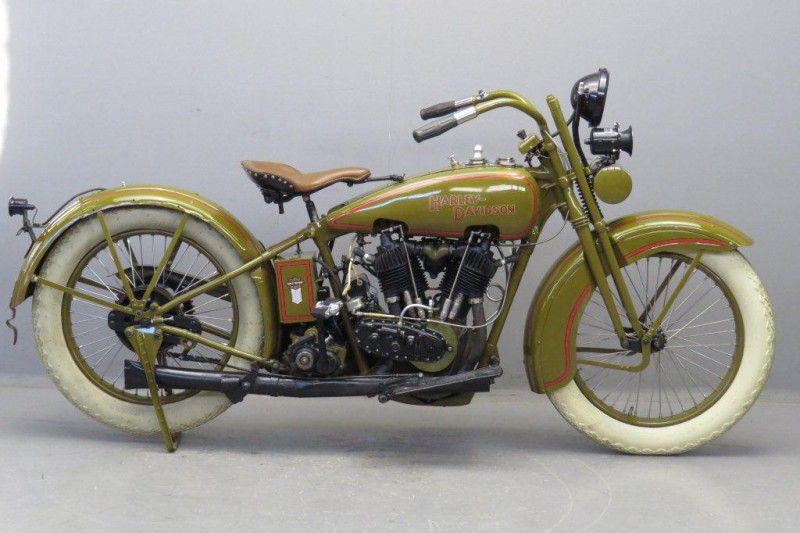 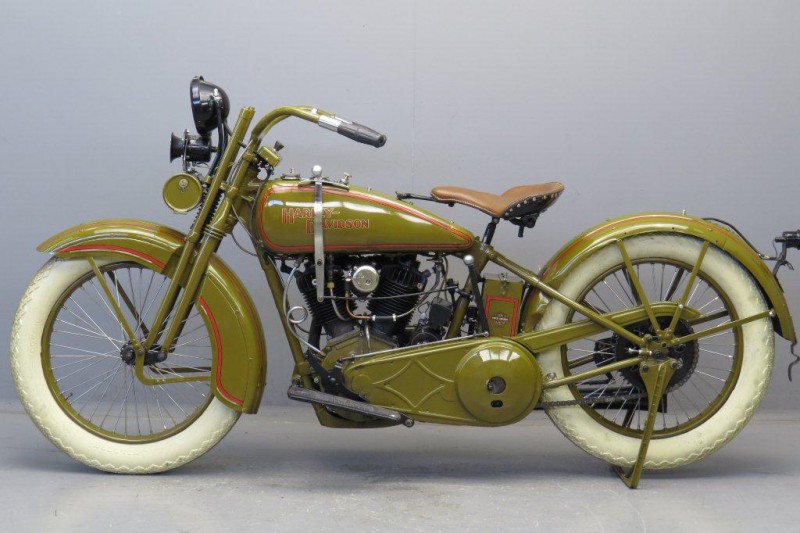 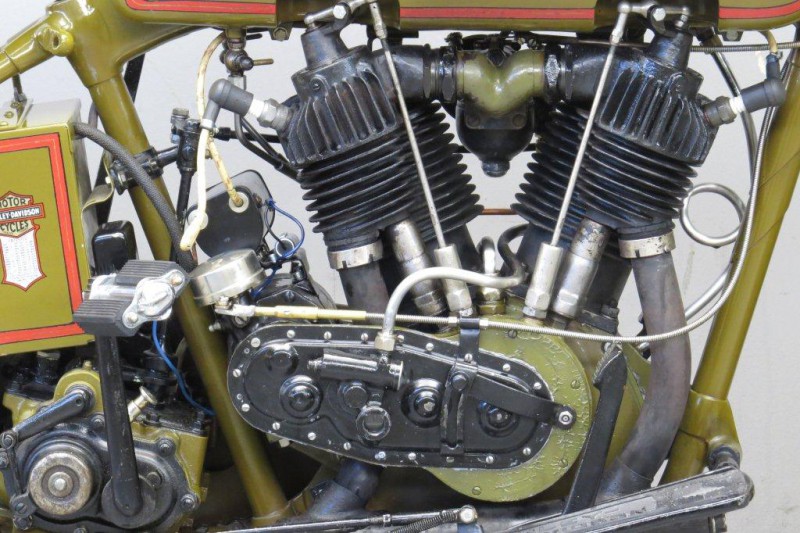 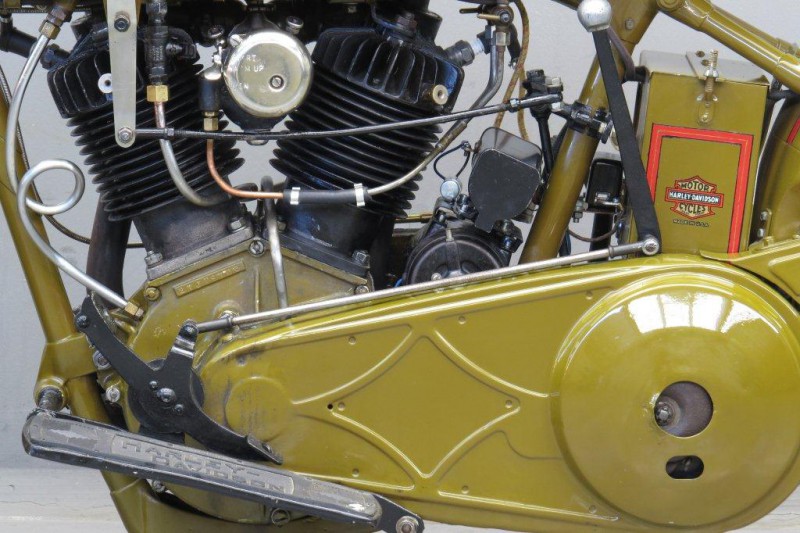 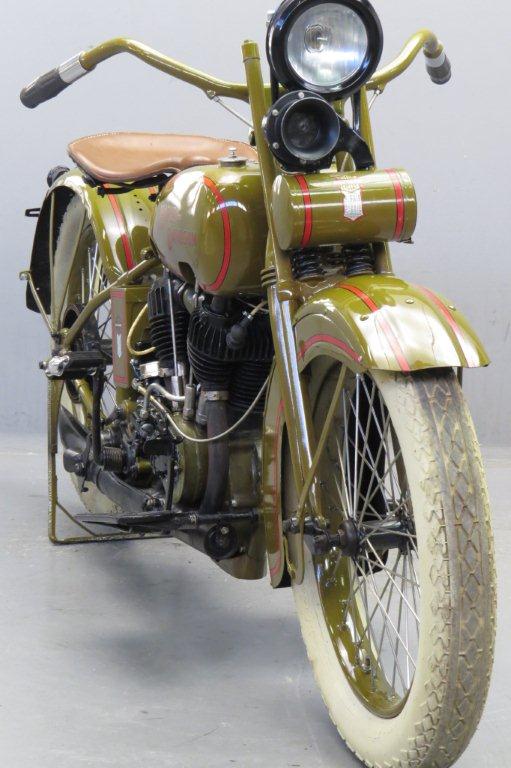 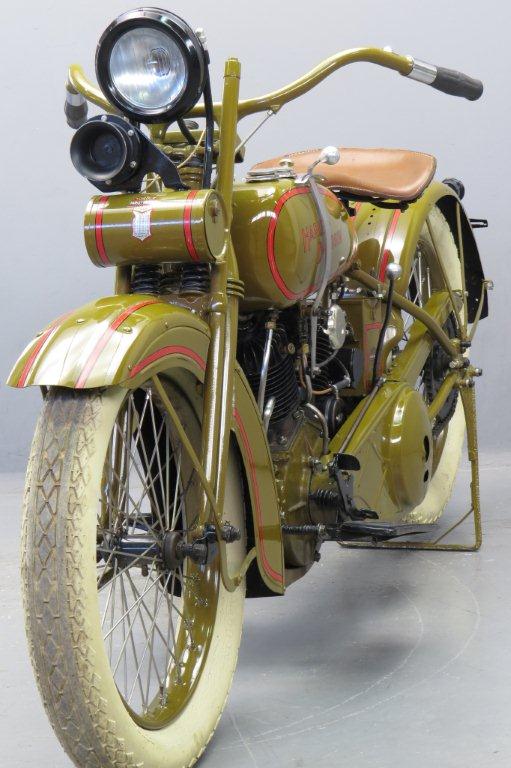 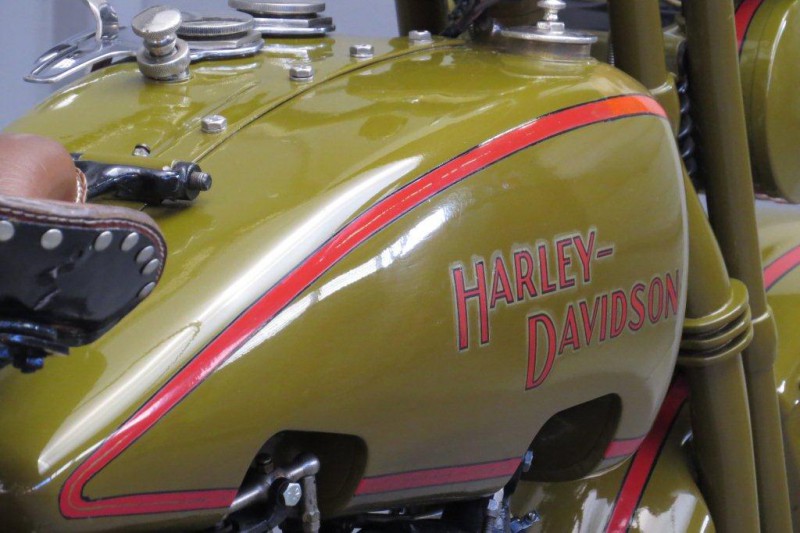 It took the Harley-Davidson Co. about 12 years to develop their motorcycles from a single cylinder belt driven single 3 HP machine to the 45 degree V-twin with 3-speed countershaft gearbox that was marketed in 1915.
This sturdy 989 cc  ( 84x89mm) machine became a popular choice for motorcycle buyers all over the world, private enthusiasts as well as police forces, postal services and other government bodies.
The OHV inlet, side valve exhaust concept was used till 1930, when HD  chose the full side valve engine concept.
For 1927, no more than 3561  model J  1000cc machines were sold; the 1200 cc JD was much more in demand with  9691 units leaving the factory.
Not surprisingly perhaps, as  the price difference between these models  was a mere  $10.
1927 was the first year  of the “wasted spark”  distributorless ignition system using a circuit breaker and a single coil firing both spark plugs at once.
This sturdy Harley is a well sorted older restoration