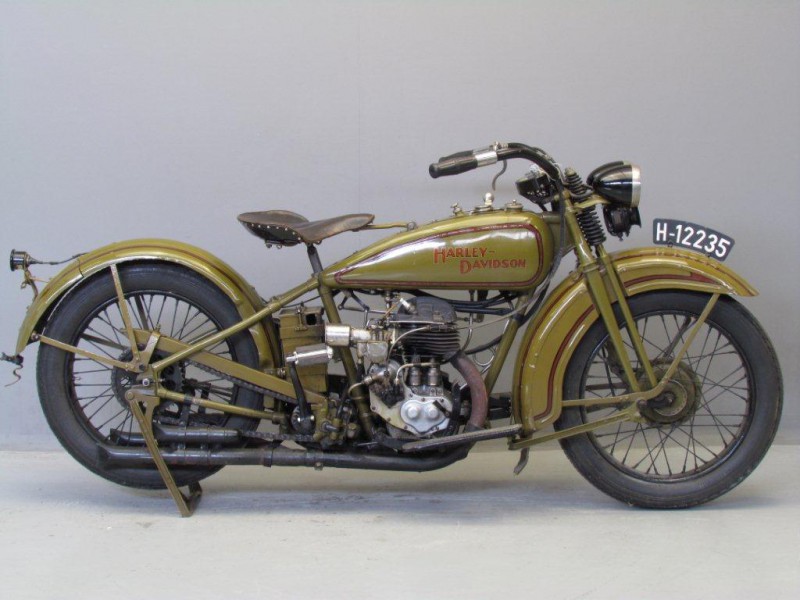 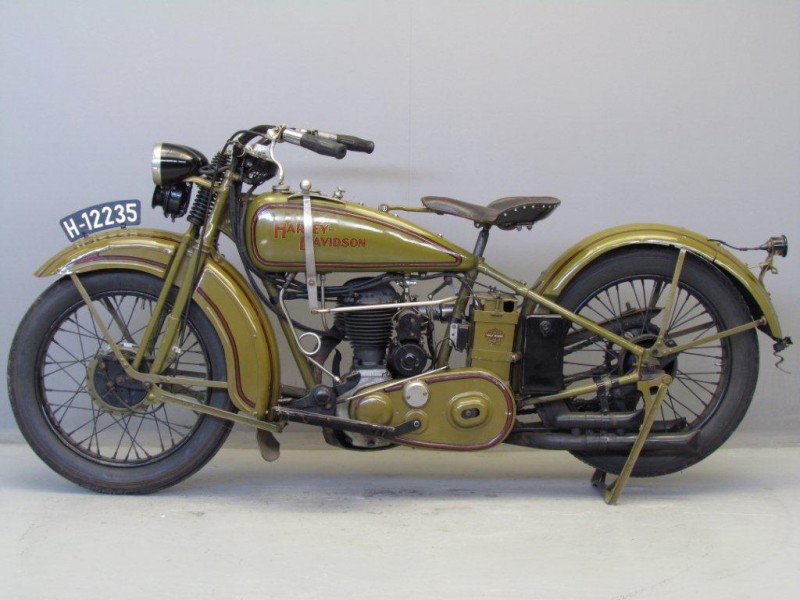 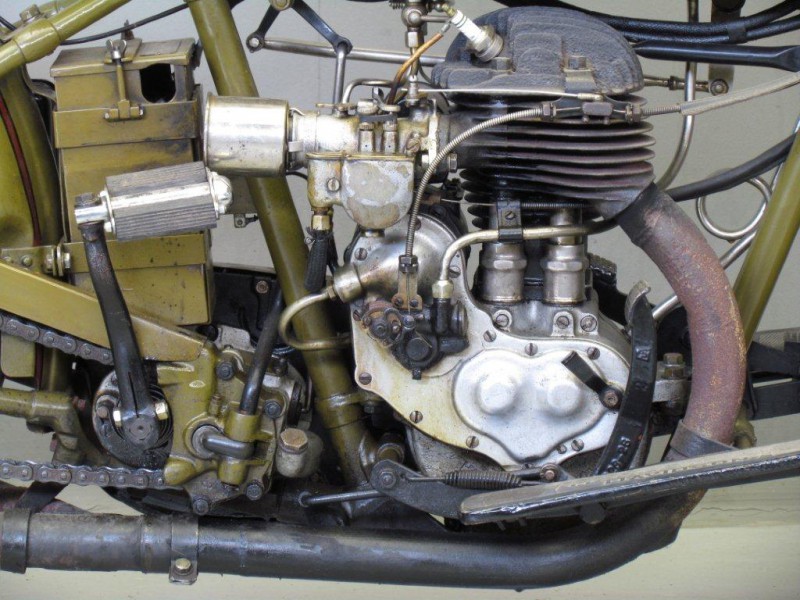 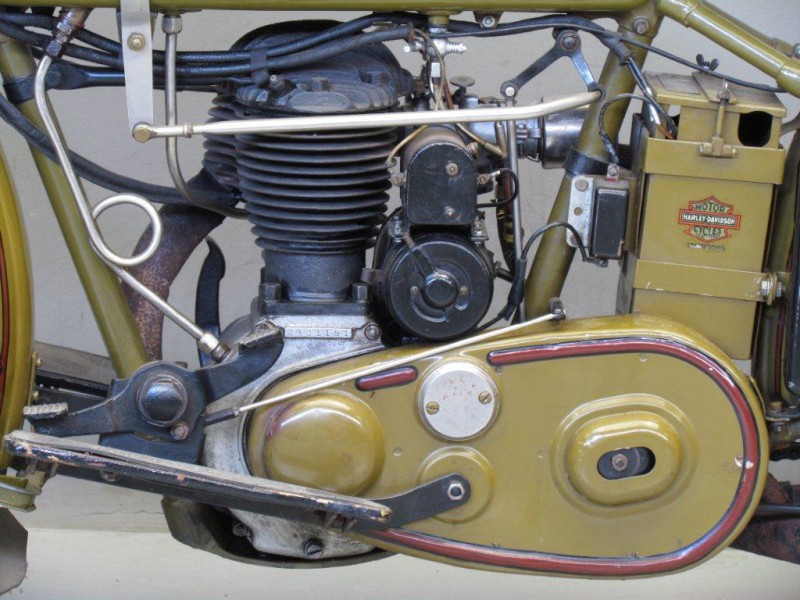 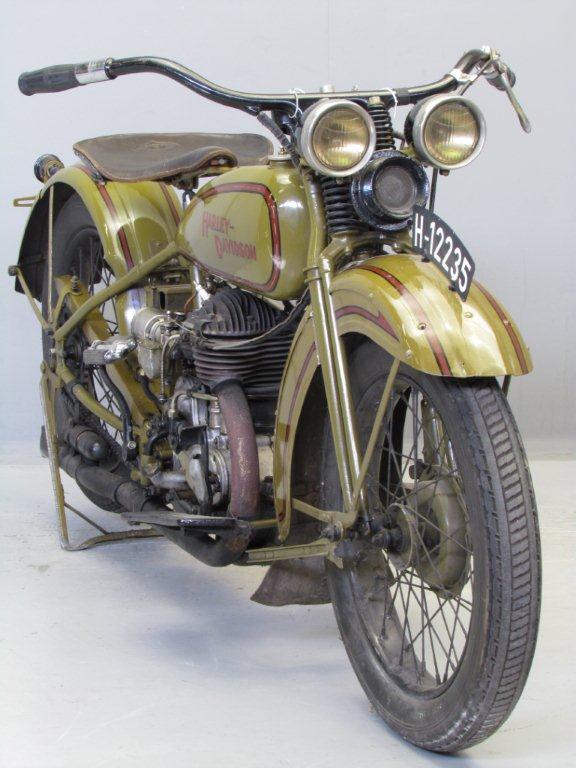 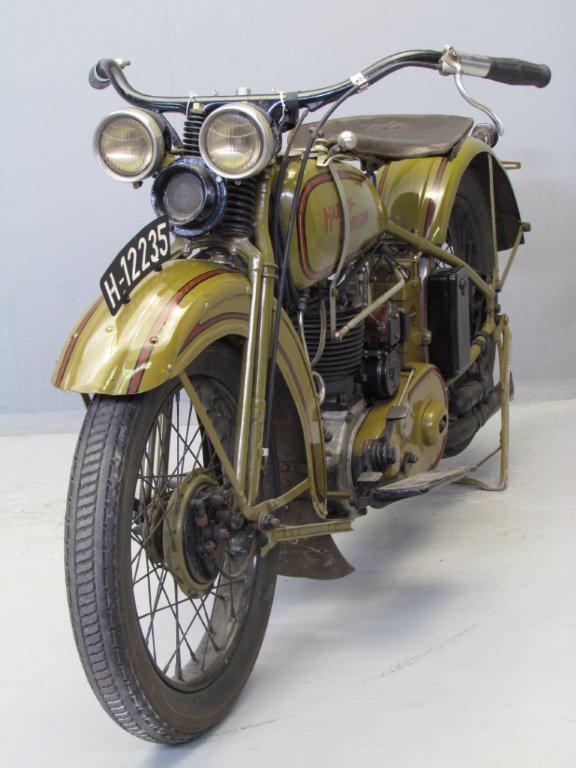 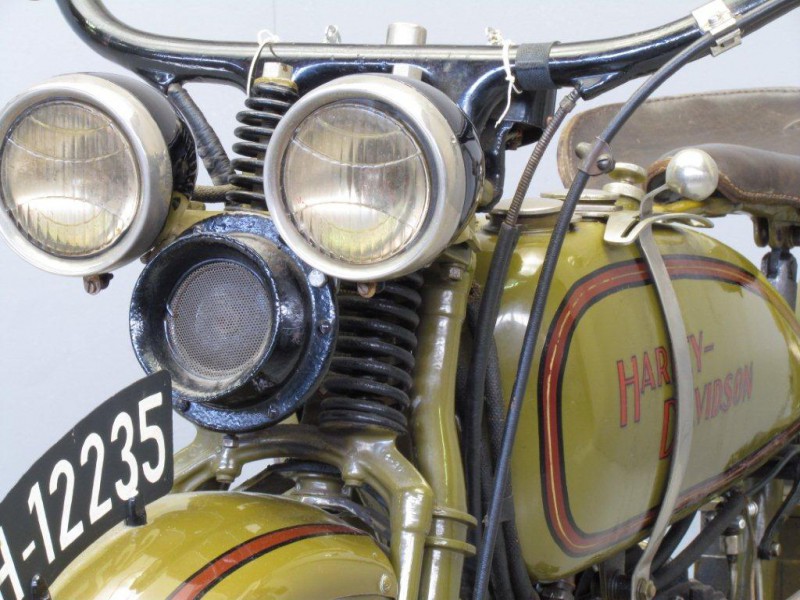 The 35 ci singles were discontinued at the end of the model year 1918.
The company tried to win customers in the 600cc class with the flat twin model W Sport Twin that was produced from 1919 up to including 1923.
Sales were relatively modest, but it was clear that especially in the European markets a small-capacity HD would be a selling point, if only to act as a “starter model”.
In 1926 some 350 cc class models were brought out; the OHV versions were rather exotic machines mainly meant for competition use, but the side valve models 26A and B (the B had an electrical lighting system) were good sellers: more than 7000 machines found a home in the first year of production.
From 1929 on a  500 cc version was also available in the 350 rolling chassis.
This 500 had the wider mudguards of the twin models.
The “C ”was a rather rare model: it had the 500 cc engine,  the wider mudguards of the twin models but the narrow tank of the 350 single. This gave the machine a less “massive”  look.
Furthermore, it was only 20 dollars more expensive than the   standard  350.
This vintage Harley single is an older restoration and is in good,  used condition.