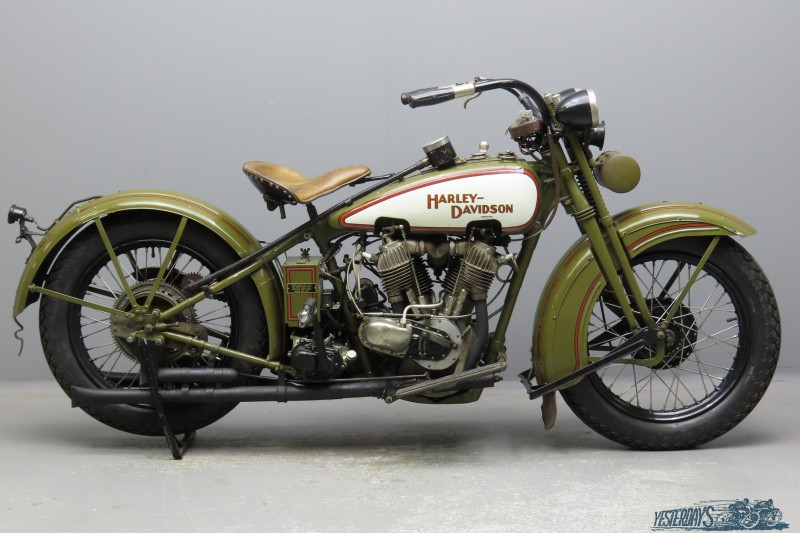 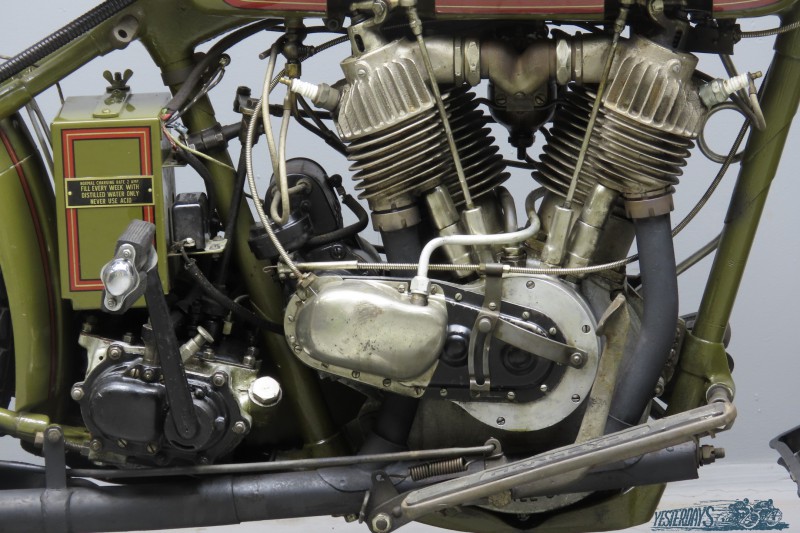 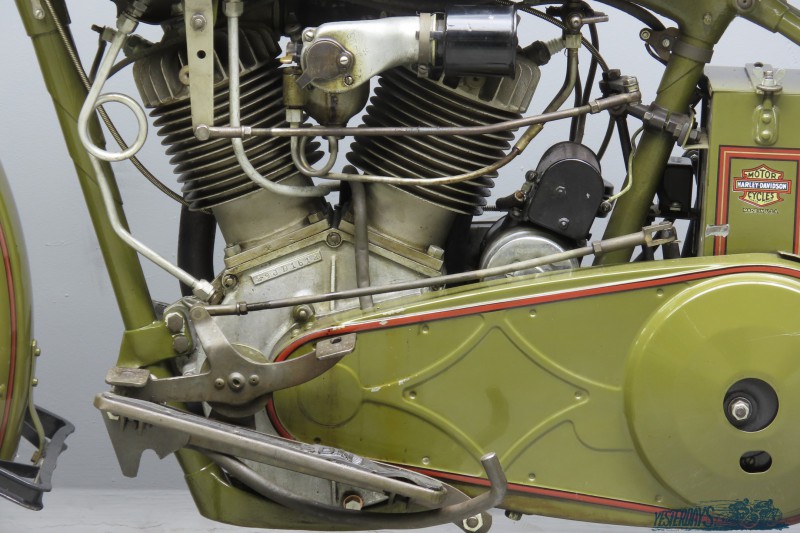 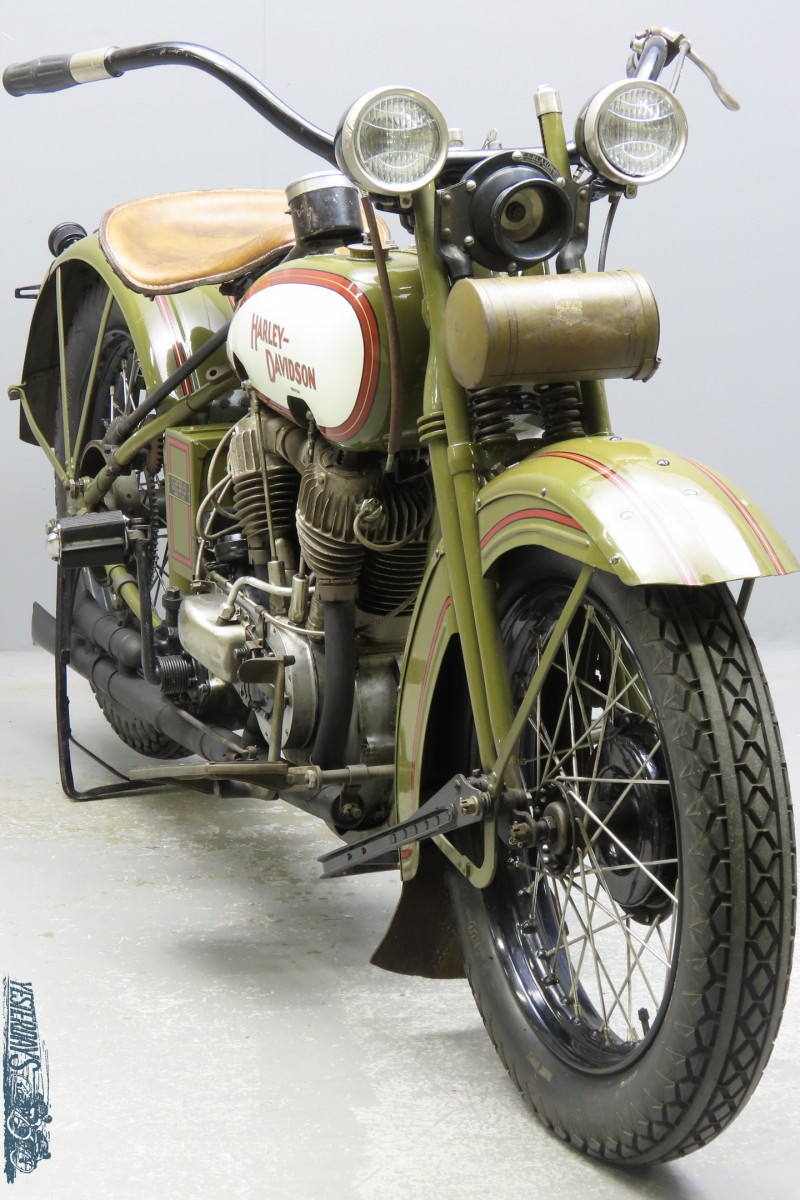 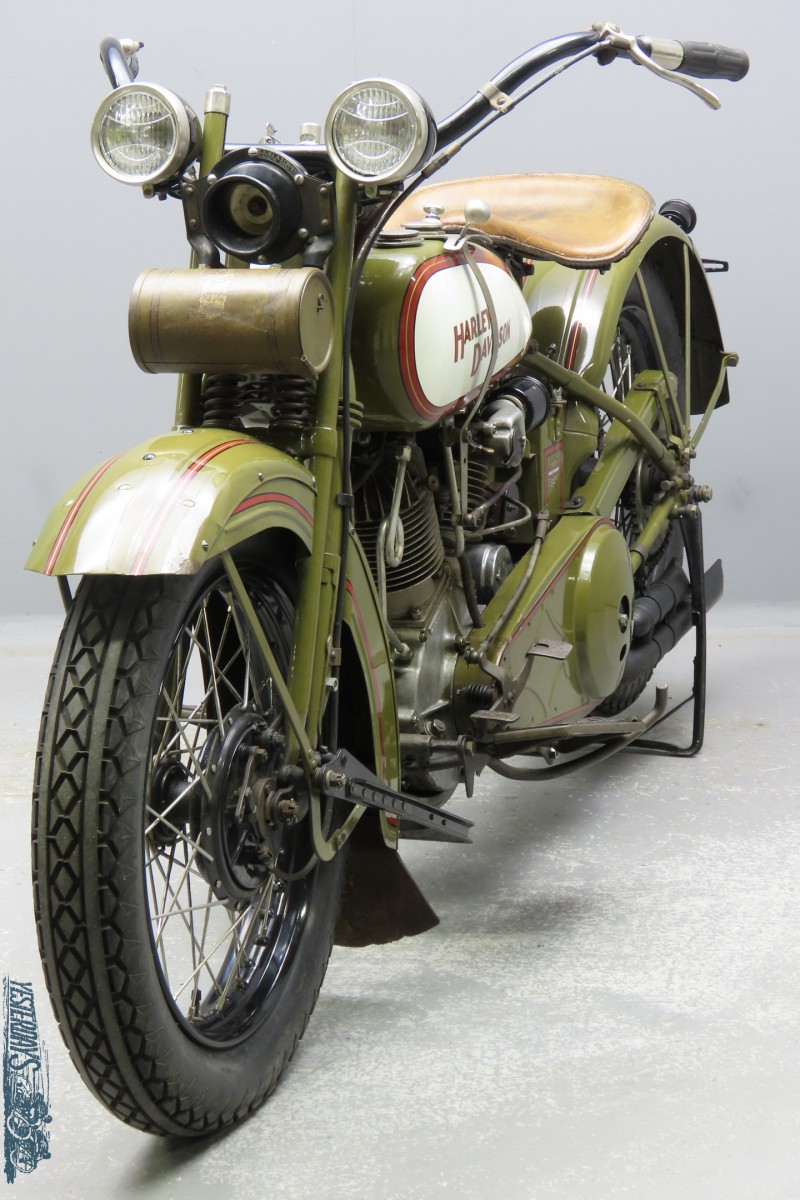 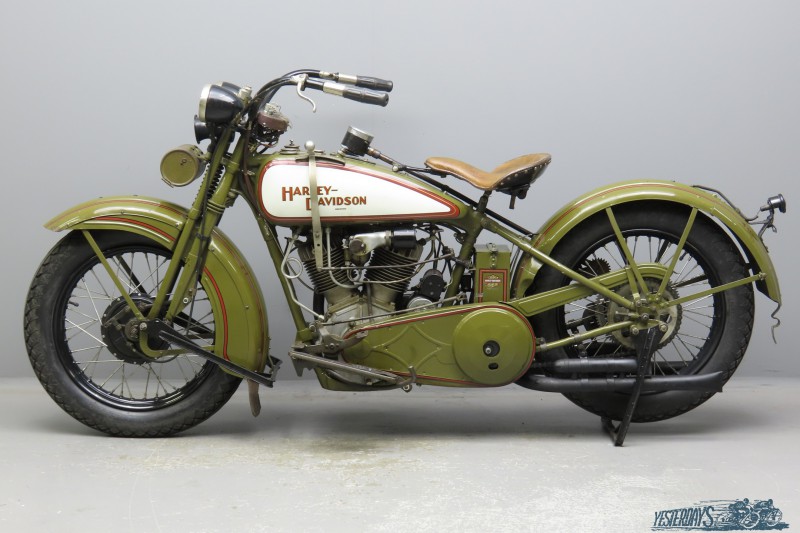 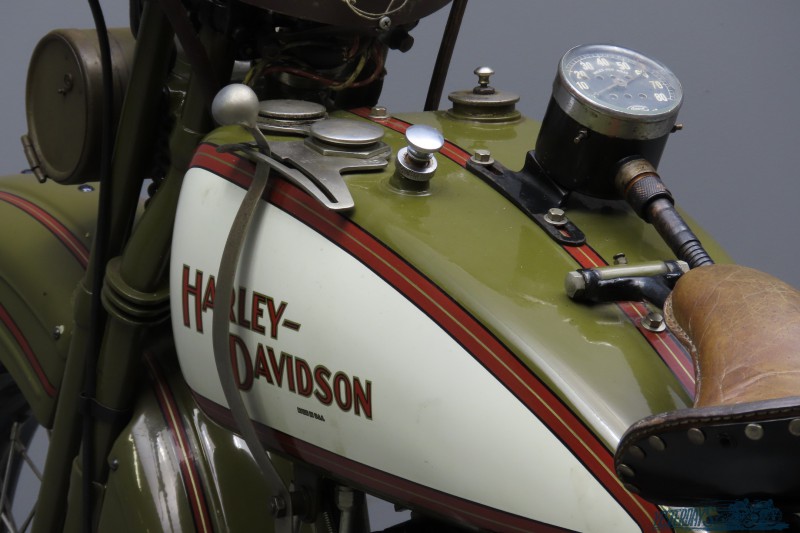 The Dual Bullet double headlamps and – for this year only – exhaust system with four-tube silencers (known at the time as the “pipes of Pan” exhaust) identify the last model year of the IOE Big Twins.
They had come to the end of their lives and were to be replaced for 1930 by the new and less complicated side-valves.
Sales of the rugged and dependable Big Twins had stayed relatively high though in 1929: more than 10,000 were shipped to dealers worldwide.
The 1000 cc model J was less in demand with under 3,000 sold.
The intricate muffler system was convincingly described in the 1929 sales brochure: “New 4 tube muffler changes the tone of the exhaust, blending it into a lower pitched tone that is agreeable to the ear. Muffler divides at the end of the exhaust pipe into two tubes, each carried to the rear at either side of the wheel.
Each of these tubes in turn carries an additional outlet tube, providing in all four of the expelling tubes for the exhaust gases.
This muffler is positively the most quiet ever developed for motorcycles”.
Another new feature for 1929 was the attractive dashboard, or “Electrical Panel” as the brochure described it.
This replaced the rather plain rectangular dash that was used in previous years.
The new panel was illuminated by a small, hooded light.
The right handlebar featured a toggle switch that cut out the right light and depressed the beam of the left light if the rider desired so.
And then there was the new electric horn with the ominous name “Clear-the-way”: it had a “pleasing yet penetrating tone that clears the road far ahead!”
This well-sorted Big twin is an older restoration that is fitted with an original-paint toolbox, providing a nice touch of authenticity.
It comes with side stand and Corbin speedometer and is in excellent technical condition.