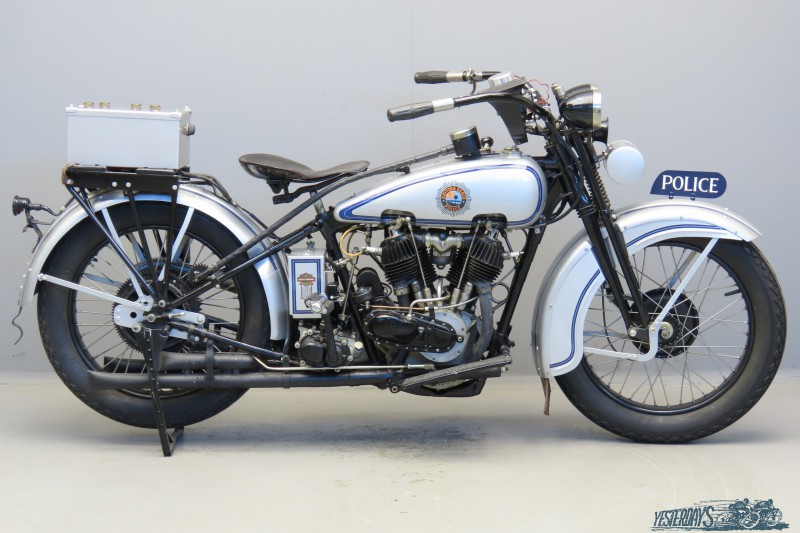 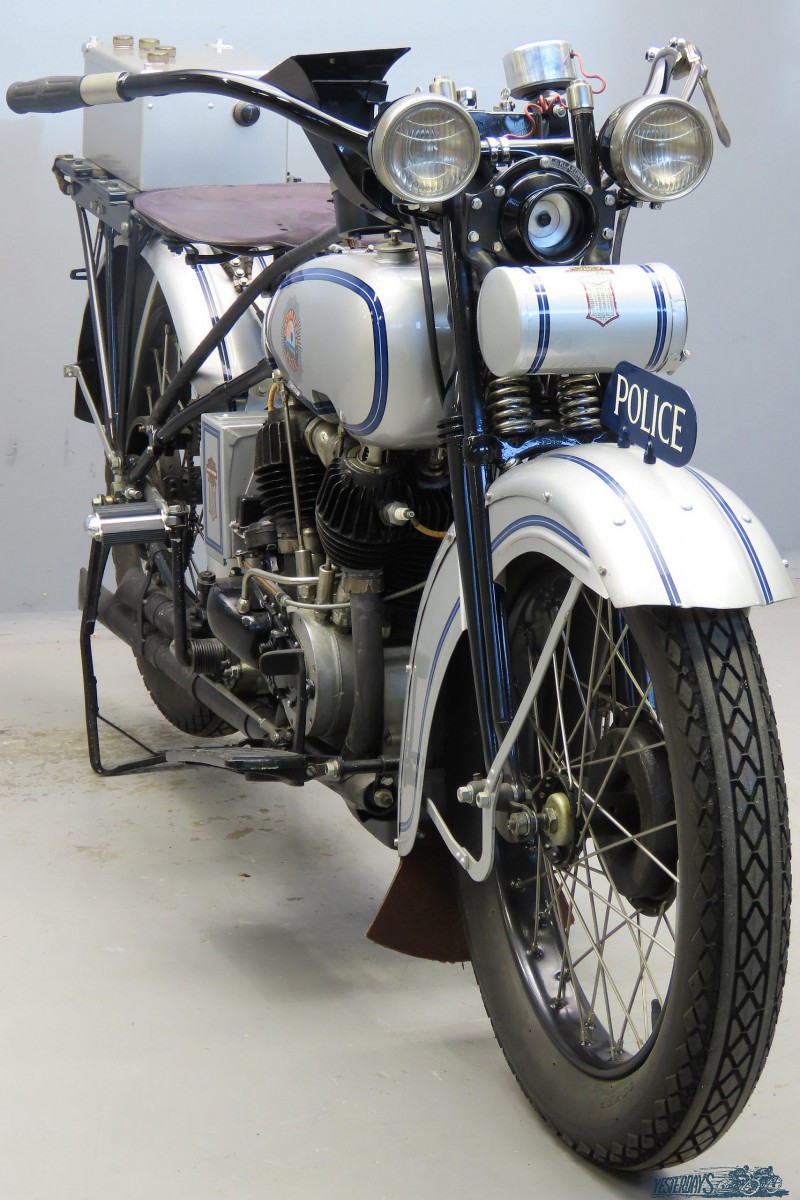 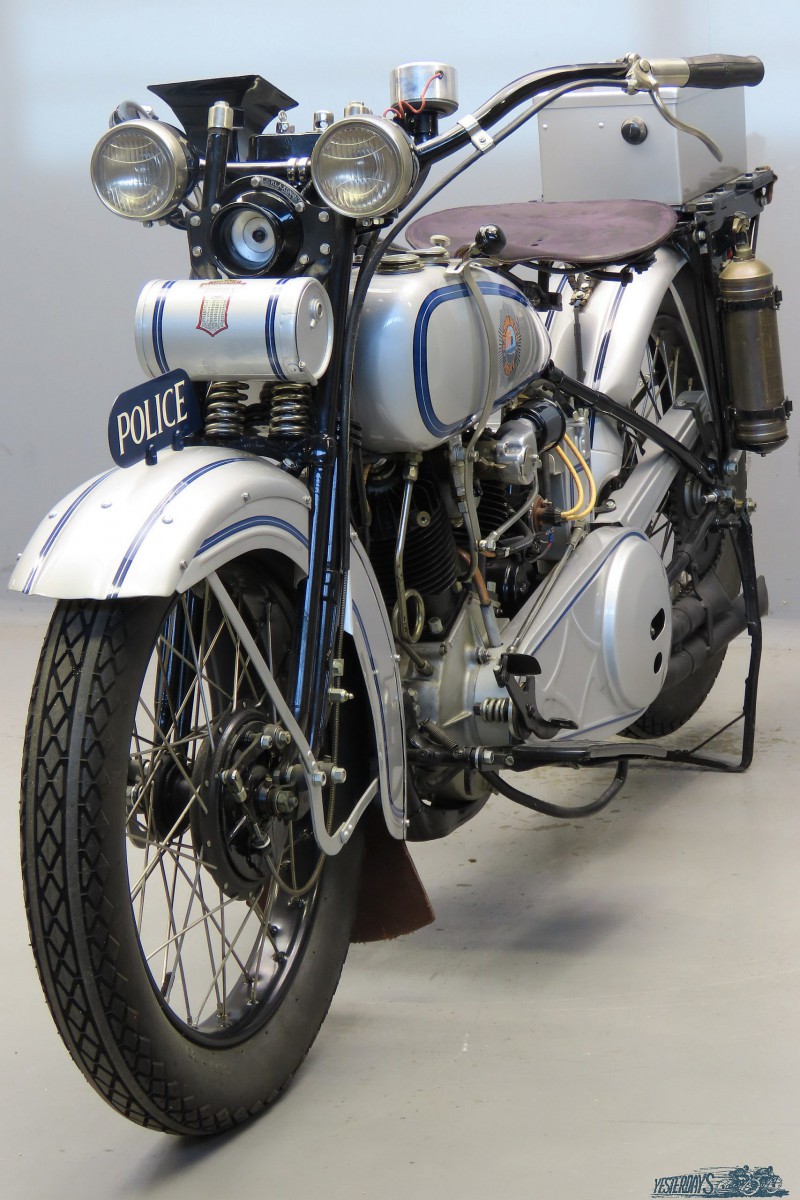 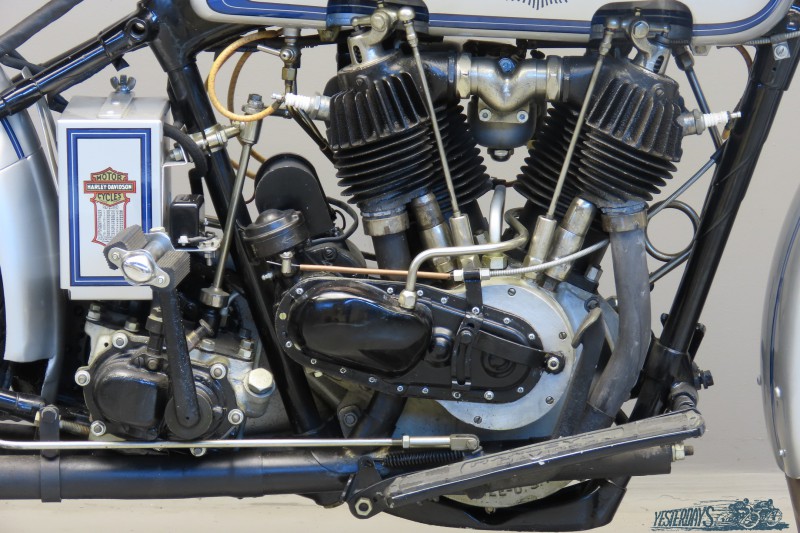 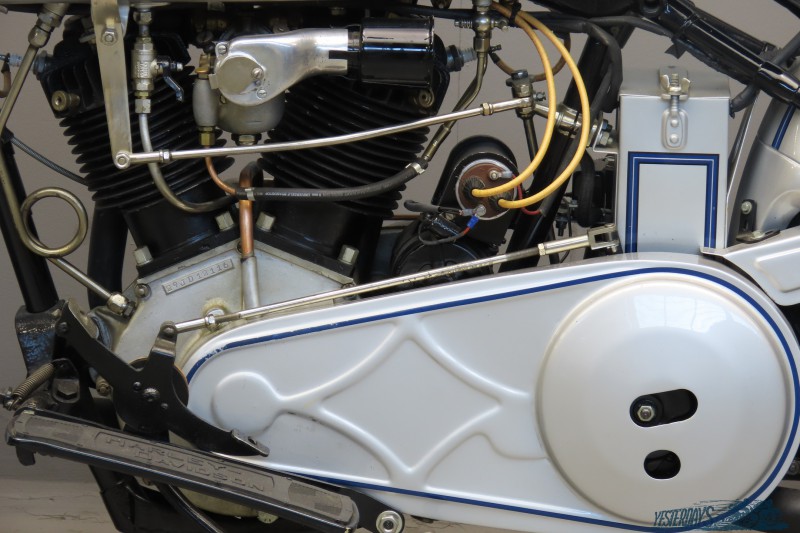 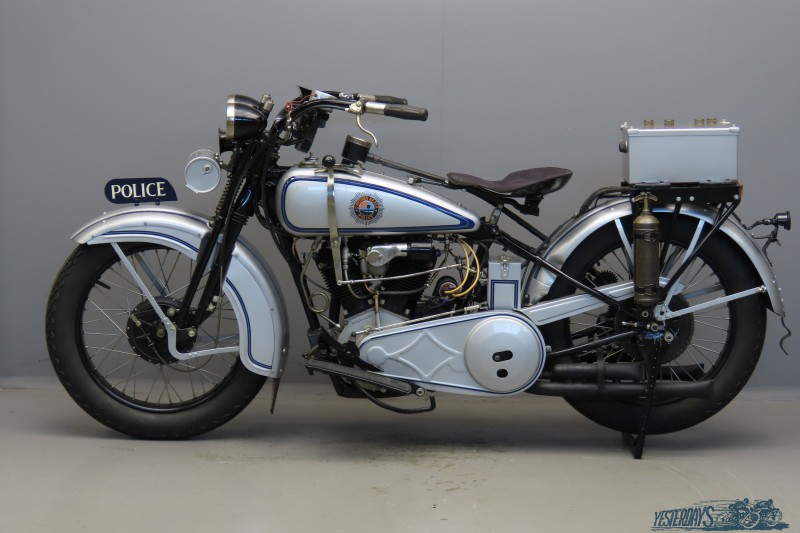 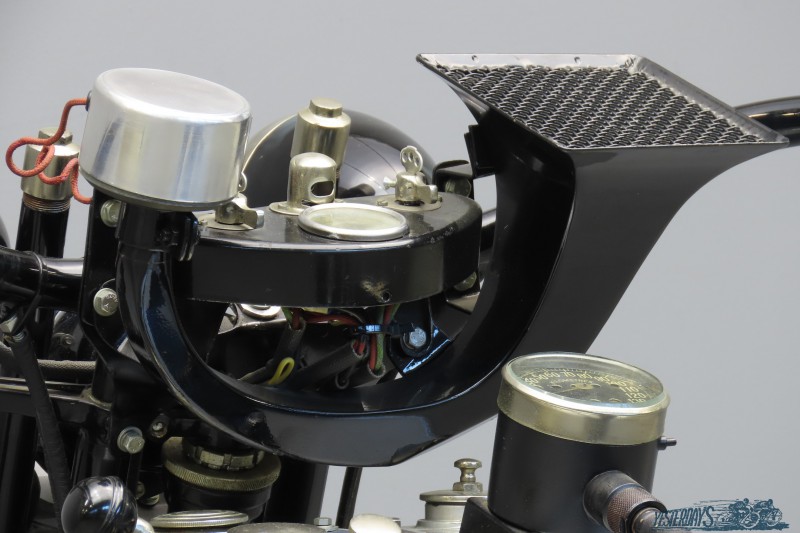 Harley-Davidson 1929 “JD” Daytona Beach Police trim 1212cc IOE engine # 29JD 12116
Harley-Davidson’s history with police departments dates all the way back to 1908, when Detroit purchased the first Harley designated for police use. Those first police motorcycles were little more than civilian motorcycles painted in non-standard colour schemes. Additional equipment that is usually associated with police motorcycles, like sirens, lights and radios, did not come available until much later. When they did become available, it was often up to the individual police department to purchase and install these extras themselves. In the late 1920s Harley finally began to offer some special equipment for their police units, but it wasn’t until the 1930s that they started producing police machines that resemble today’s modern police motorcycles. By the end of the Roaring 20s, Harley-Davidson motorcycles were in use by 3,000 police departments in the US alone and by many more police authorities all over the world. Police sales, it is said, have kept the Milwaukee company alive in the difficult Depression years.
The machine on offer is finished in Daytona Beach Police trim and comes with radio equipment -we don’t know whether it’s in full working order- L&G fire extinguisher and Corbin speedometer. 1929 was the last production year of the robust JD, which was capable of a top speed of more than 125 km/h. This sturdy and impressive police machine has been restored and is in good condition throughout.