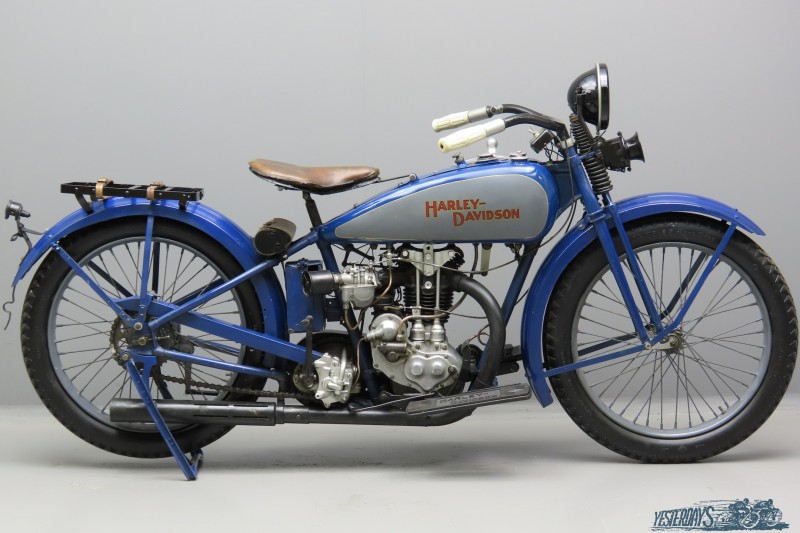 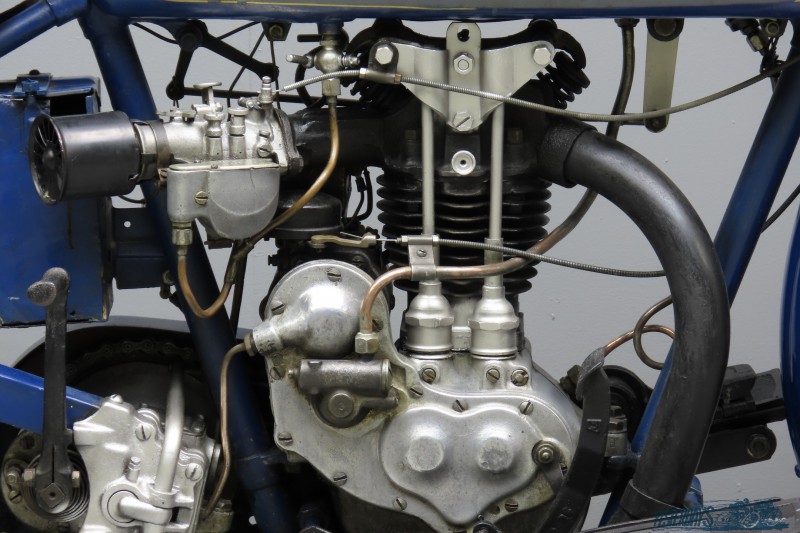 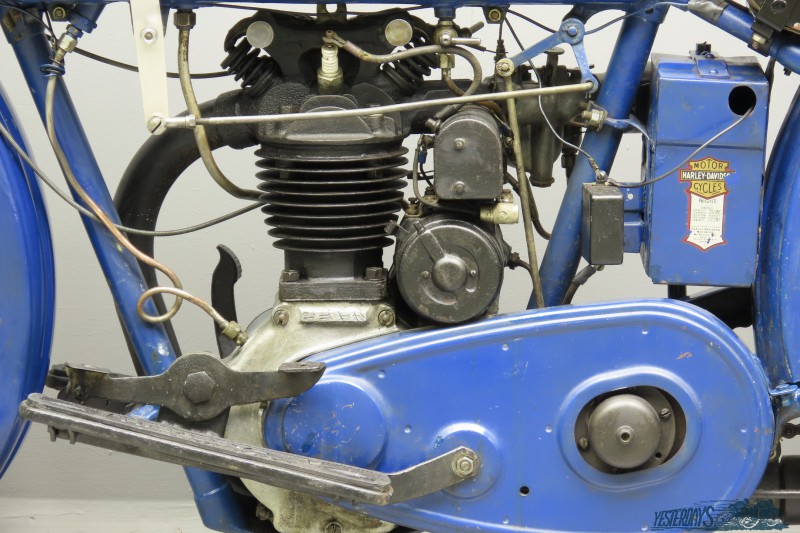 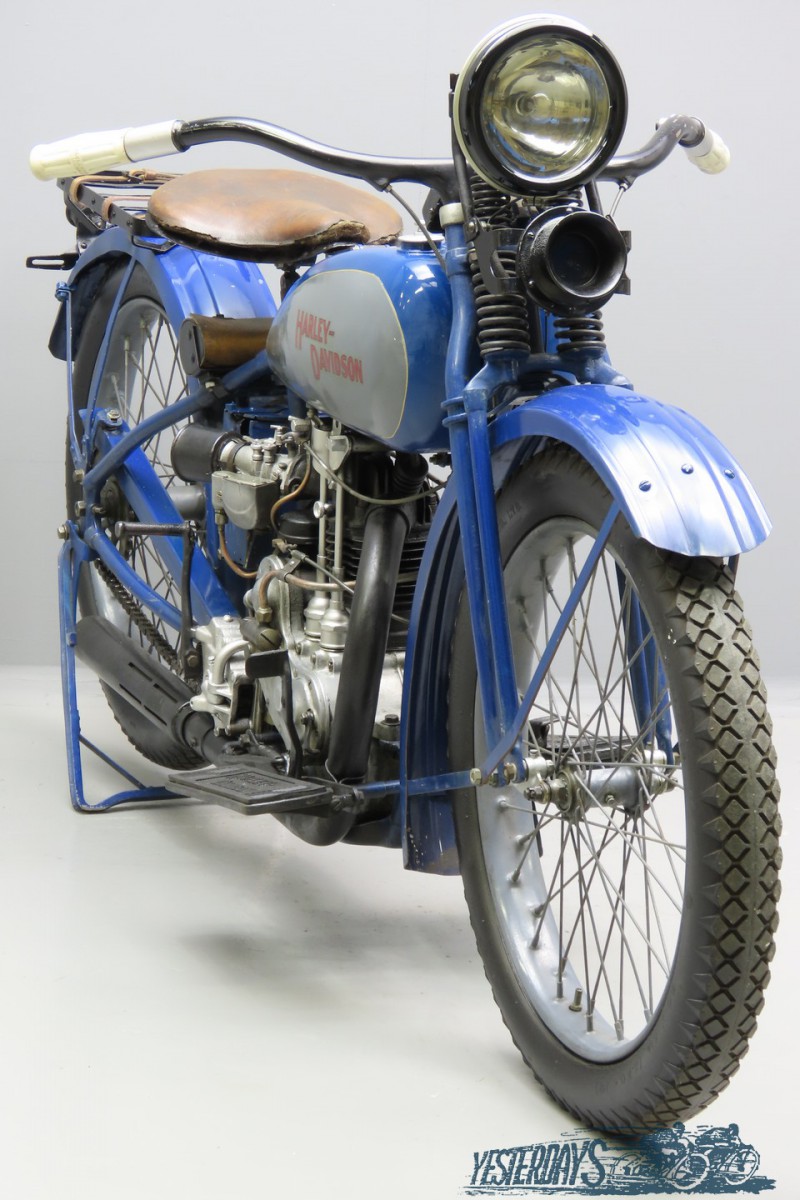 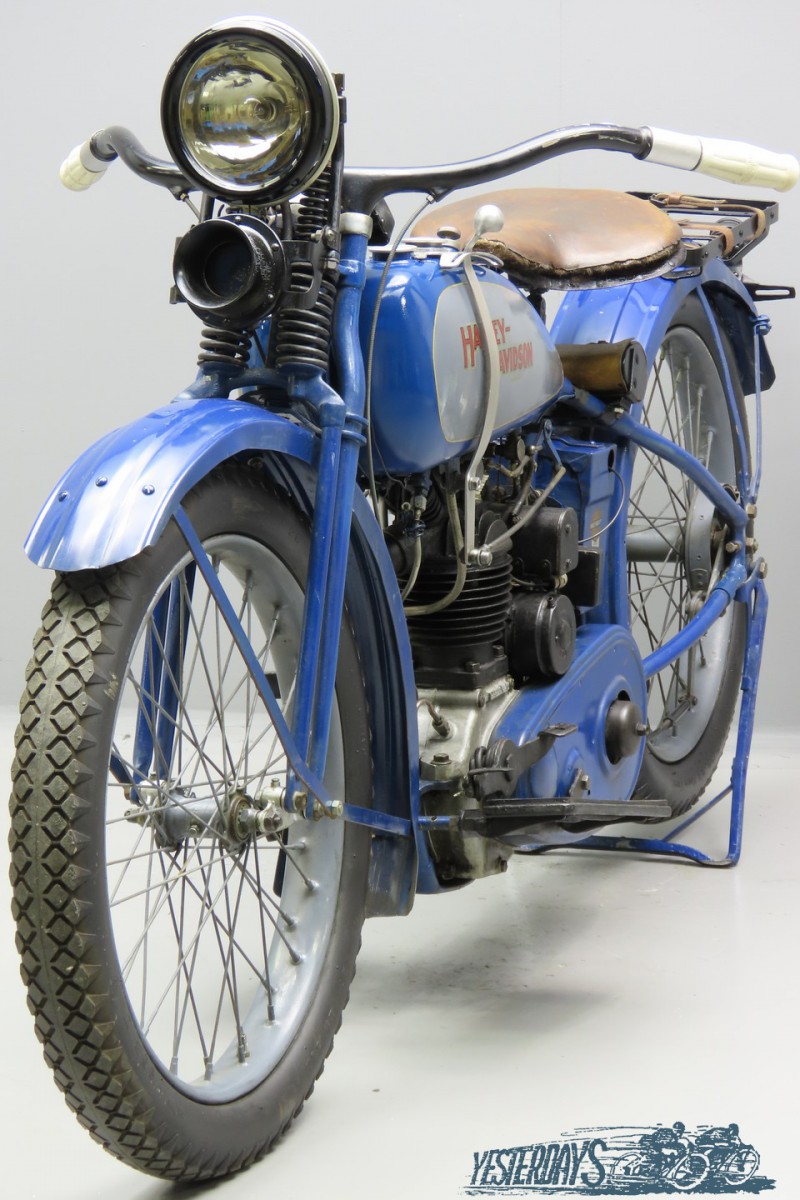 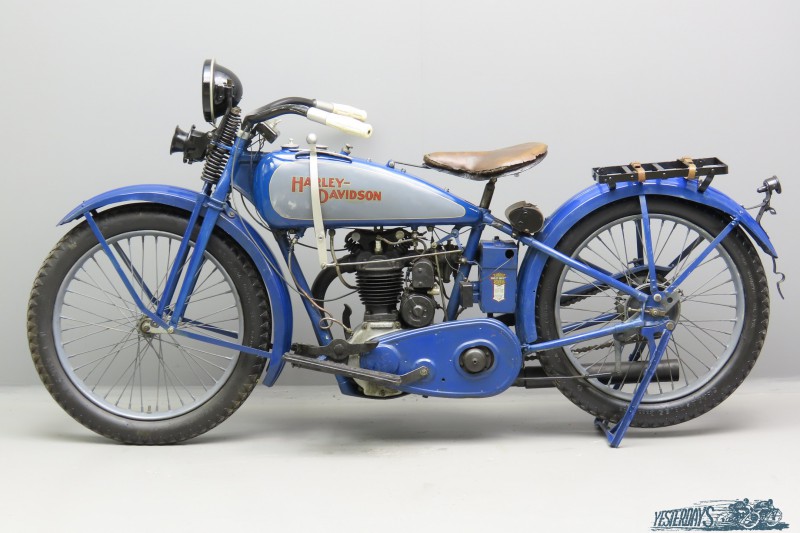 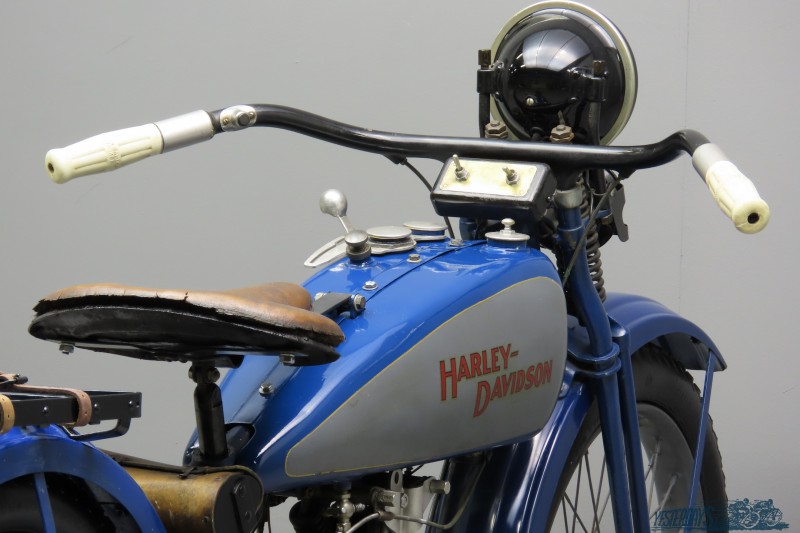 In the mid-twenties the H-D management realised that a small-capacity HD would be a selling point, if only to act as a “starter model”; so in 1926 some 350cc class models were brought out.
The side valve models 26A and B (the B had an electrical lighting system) were good sellers: more than 7000 machines found a home in the first year of production.
The OHV “ AA” (magneto) and “BA” (battery and coil) versions were rather exotic machines mainly meant for competition use.
The BA (and BAE and BAF export models) were the first Harleys with OHV configuration that were available to the general public.
The OHV cylinder heads were made under licence to the famous British engine designer and researcher Sir Harry Ricardo.
It was no surprise therefore that soon racing versions (“Peashooters”) appeared; they were offered in the official catalogue at a cost of 300 dollars and delivered a very respectable 15hp@4,500 rpm.
The standard BA delivered some 12hp, good for a top speed of 100km.
The last “BA” was produced in 1931, in all some 2,500 were made so this vintage ohv Harley-Davidson is a pretty rare model.