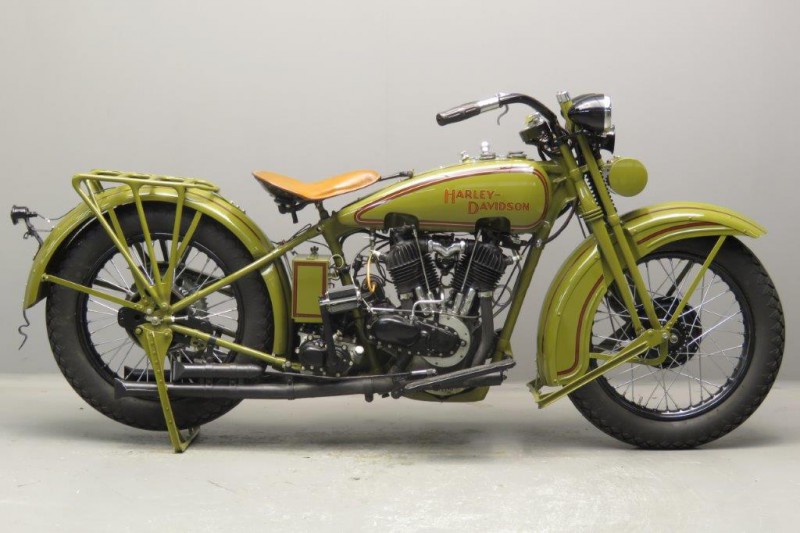 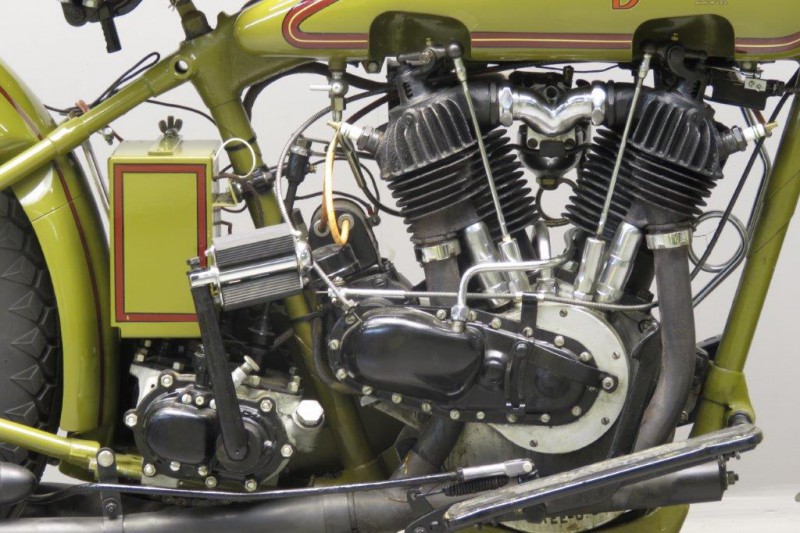 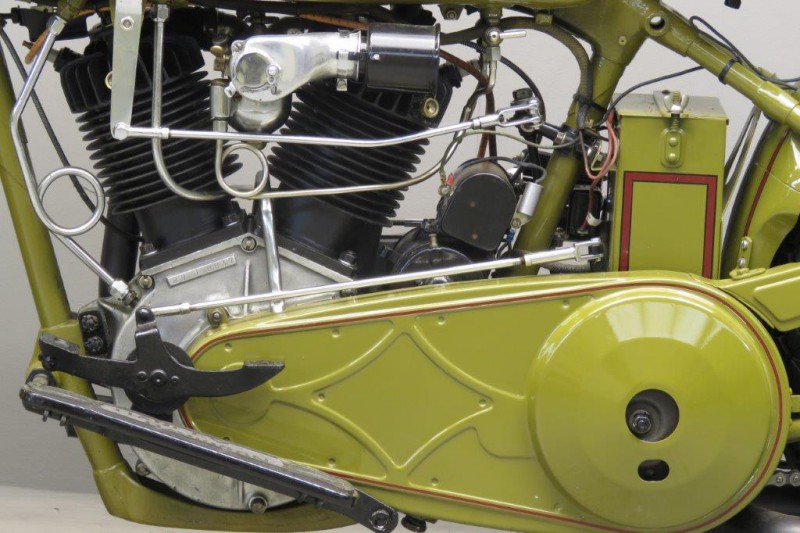 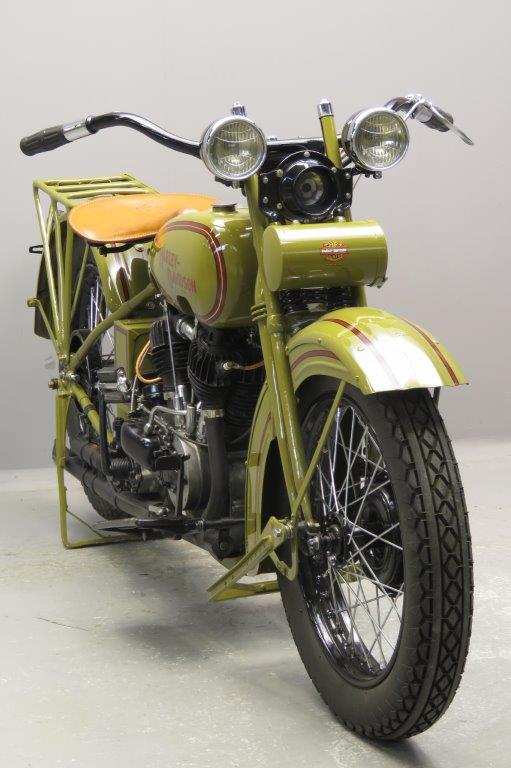 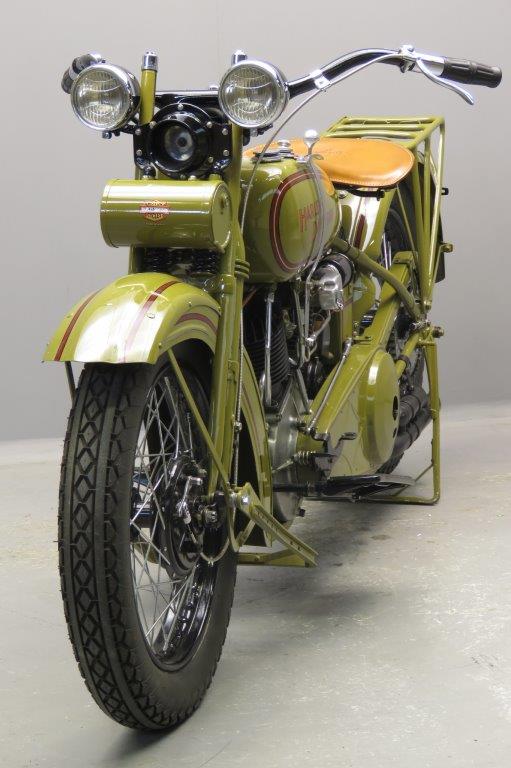 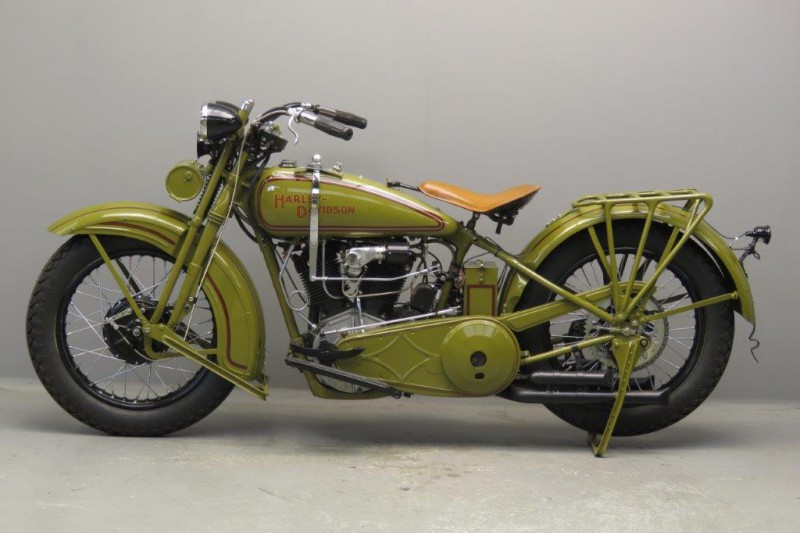 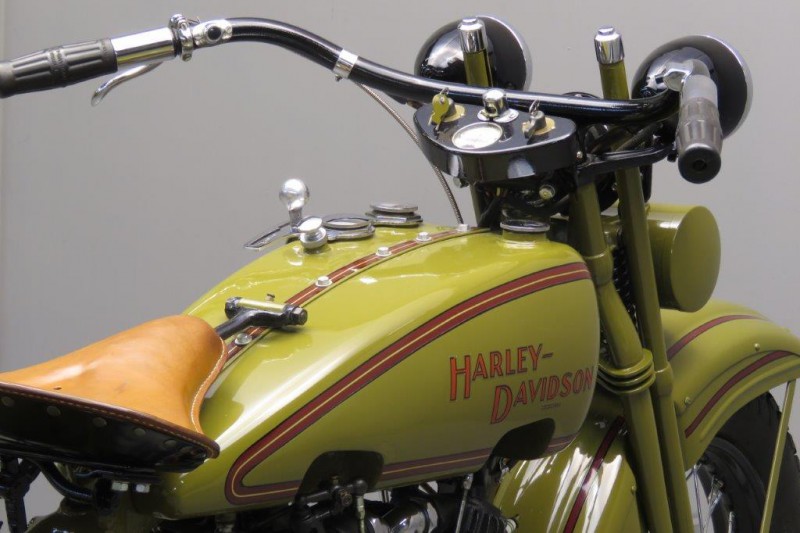 1909 marked the appearance of Harley-Davidson’s first v-twin, though it was not until the adoption of mechanically operated inlet valves in 1911 (replacing the ‘atmospheric’ type inherited from the single) that production really took off.
This  ‘F-head’ (inlet-over-exhaust) engine  was  built in 61ci and 74ci capacities (1,000cc and 1,200cc respectively)  and  would remain in production till the end of 1929.
In that year the company went over  the  full side valve engine concept that was  less complicated in design and more economical to produce.
Development of the F-head models  had meant they gained  considerable weight: the 1915 model weighed 305 lb., the 1929 model came to 400lb.
The 1929 catalogue boasted no less than five “big new features” for the Big Twins: “two bullet headlights for safer night riding, generator output controller for instant regulation of the current output to battery, new electrical panel with built-in ammeter and parking light , clear-the-way horn for greater safety and the silent, highly efficient four tube muffler.”This last of the line  “J”  is fitted with all these big new features.
She is in excellent shape and has been  restored with care.