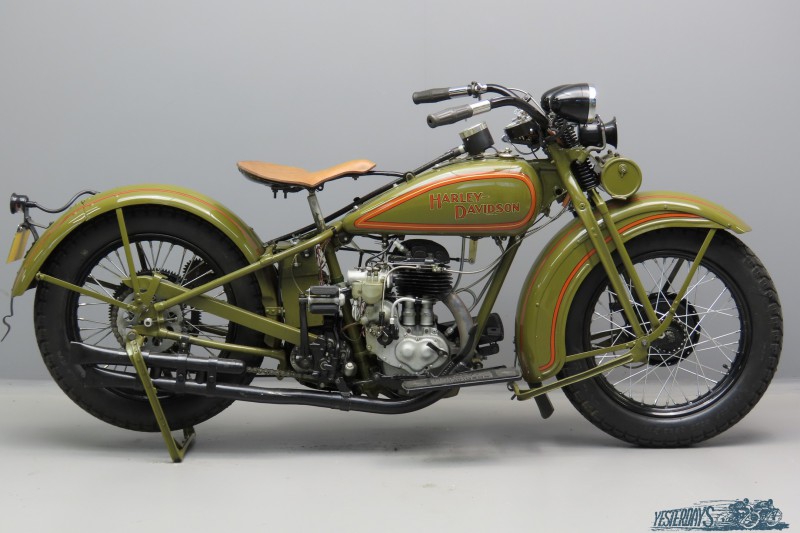 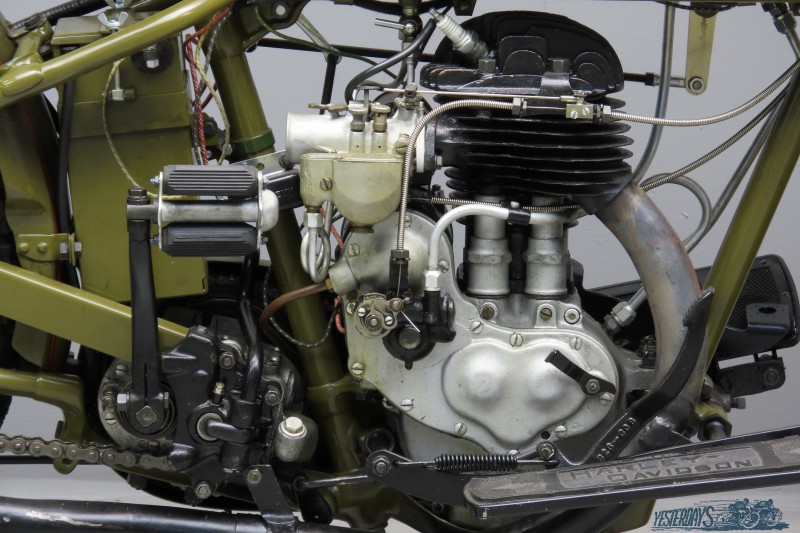 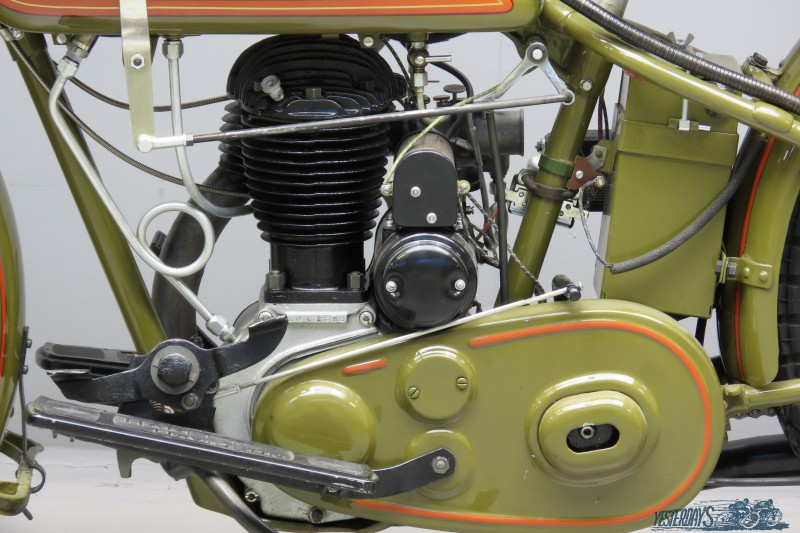 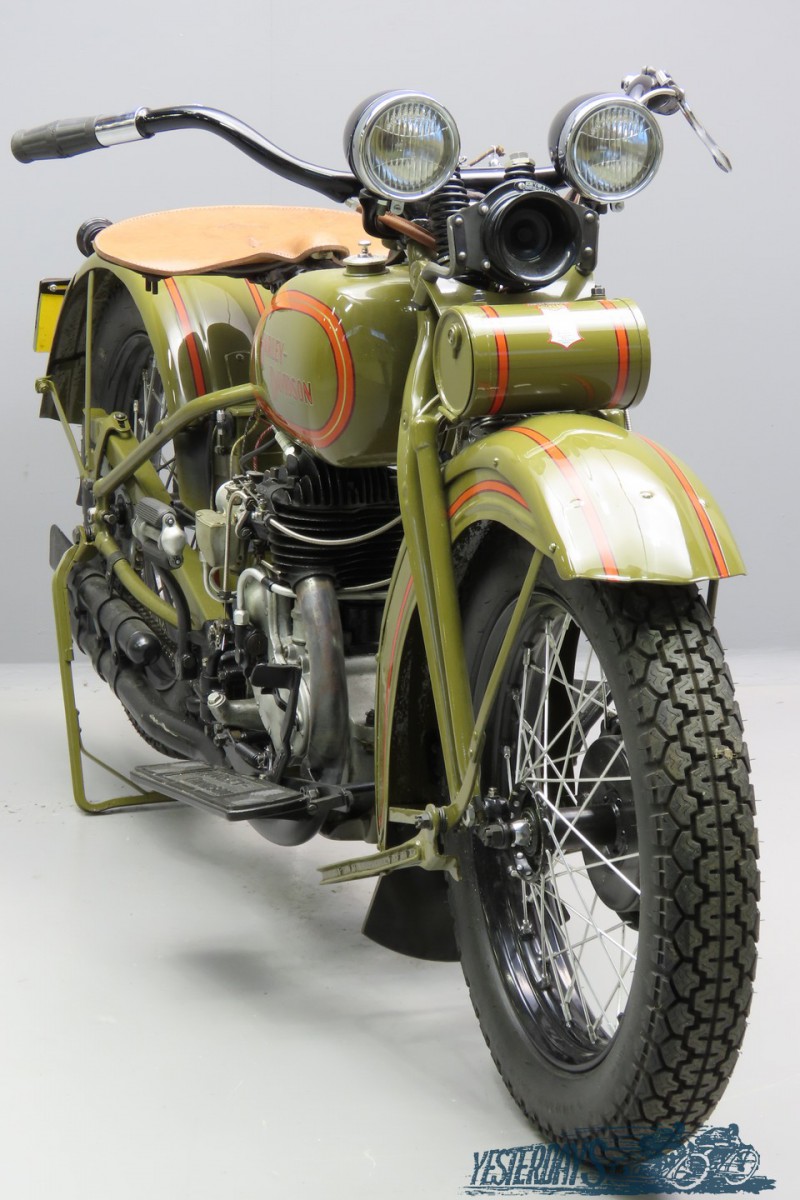 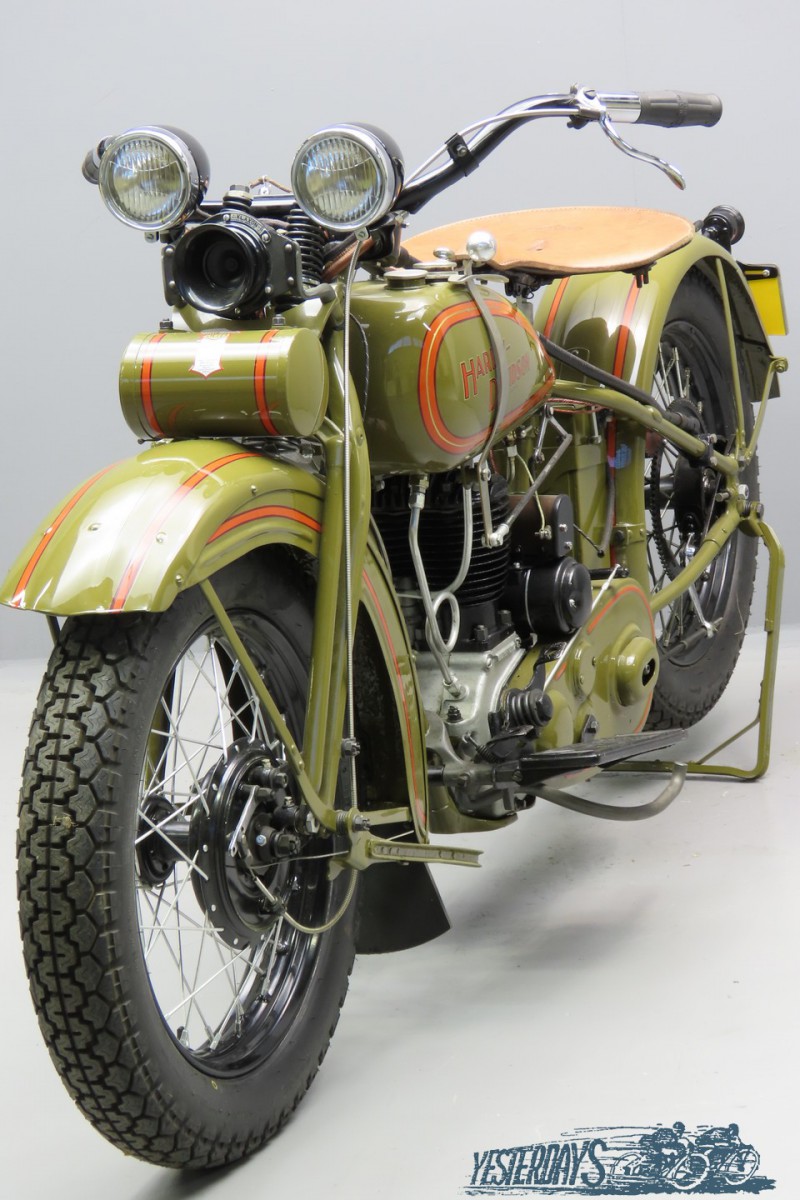 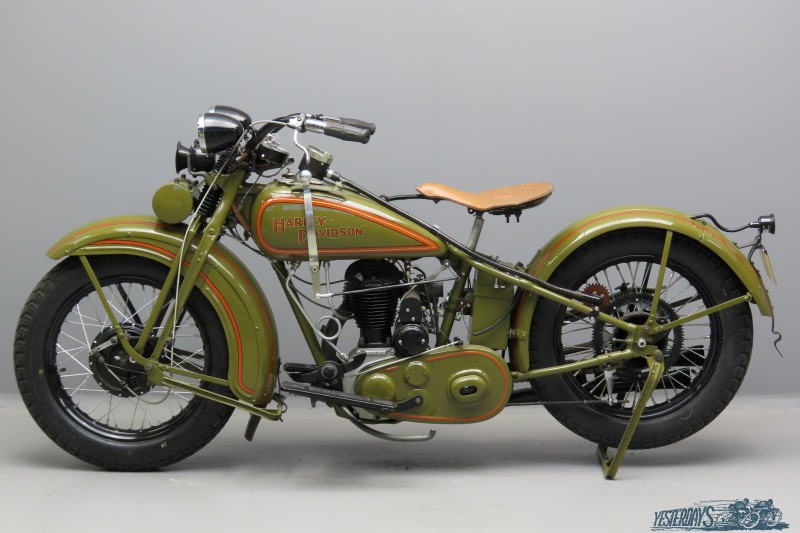 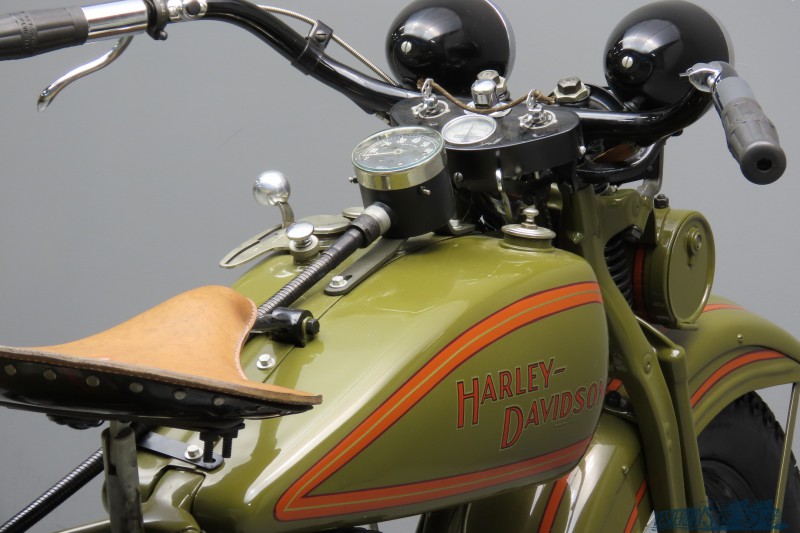 After the discontinuation of the 565cc singles in 1918 the company tried to win customers in the 600cc class with the flat twin model W Sport Twin that was produced from 1919 up to including 1923.
Sales were relatively modest, but it was clear that especially in the European markets a small-capacity HD would be a selling point, if only to act as a “starter model”.
So in 1926 some 350 cc class models were brought out; the OHV versions were rather exotic machines mainly meant for competition use, but the side valve models 26A and B (the B had an electrical lighting system) were good sellers: more than 7000 machines found a home in the first year of production.
From 1929 on a 500 cc version was also available. The 1930 brochure states: “In the popular 500 c.c. class, Harley-Davidson offers this New Single for 1930.
Except for the motor, all parts are interchangeable with the new 750 c.c. Twin.
It has all the wonderful 1930 features found on the middleweight twin – 100% stronger frame, greater road clearance, lower saddle position, drop forged forks, wider and short tanks, bigger tires, drop-center rims, improved clutch, enlarged front brake, duplex front drive chain, theft-proof lock and many other modern improvements.
Here, again, Harley-Davidson sets the pace in electrical equipment with the new generator that automatically increases its output for night riding.
When the rider switches on the headlamps, the output of current from the generator to the battery is automatically increased to take care of the added consumption.”
The engine of this sturdy single delivers 10.5hp @3600rpm, good for a top speed of some 90 km.
In 1930 1483 Model Cs were produced; in 1934, the last year of manufacture, this number had fallen to 530.
This “C” has been restored to a high standard and comes with optional steering damper, Corbin speedometer and current registration.