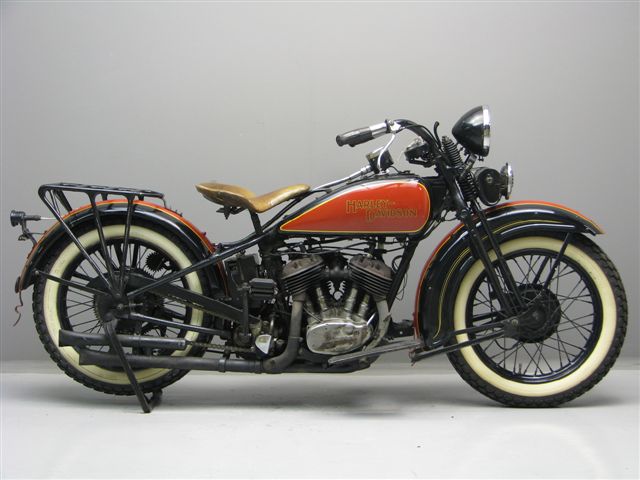 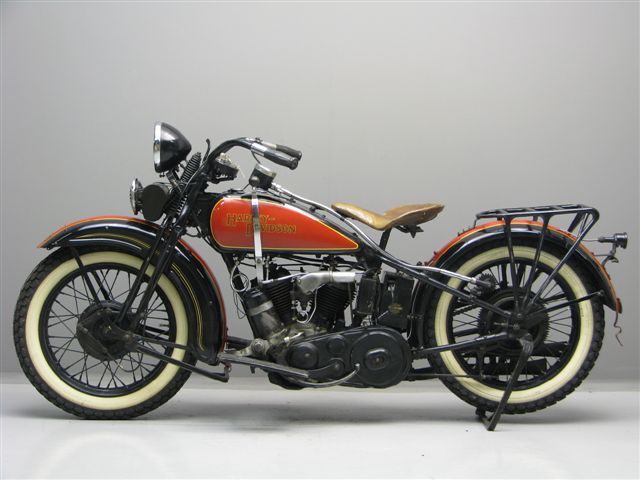 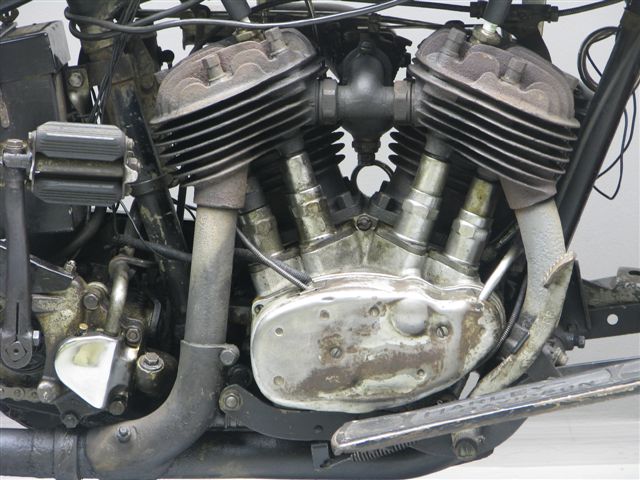 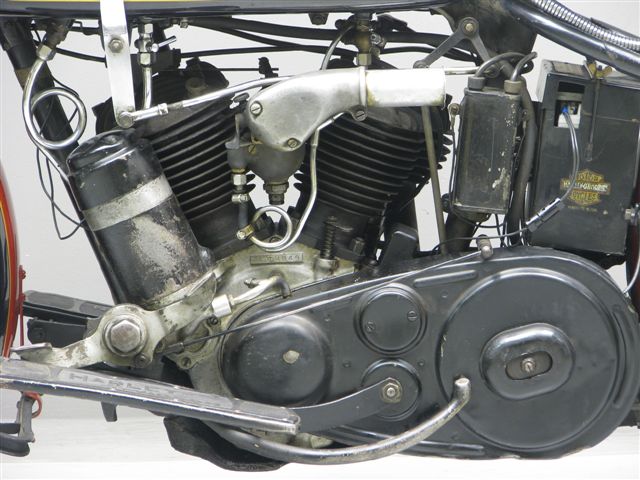 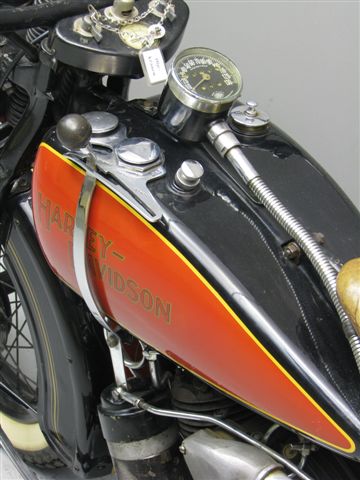 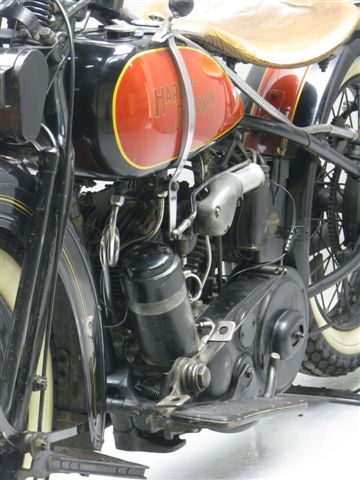 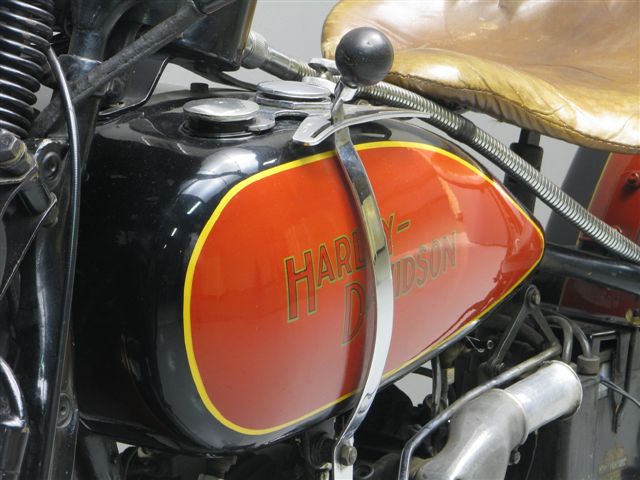 The company introduced the side valve concept for the V-twins for the 1929 model year when the 45 ci model D was introduced.
A year later the F head big twin was replaced by the side valve 74 ci  model V.
The model D was sometimes referred to as the  “three cylinder Harley “, because of the remarkable  vertical  position of the dynamo.
The twin bullet headlights were another special feature of the early 750 cc model.
Some new features for 1930 were: new frame that lowered saddle height and increased ground clearance,  drop forged I-beam front forks, double chain primary drive with automatic oiling and  a cylindrical toolbox fitted across the front forks.
This last feature was  unique for the 1930 model D.
About 5,700 model Ds found an enthusiastic owner   in 1930;  from  the 1200 cc model V some 10.000 machines were sold.
1931 was the last production year of the model D and the twin bullet headlights changed for a 7" David Brown motolamp.
This machine has been restored a number of years ago .
With the machine comes a complete history file from new.