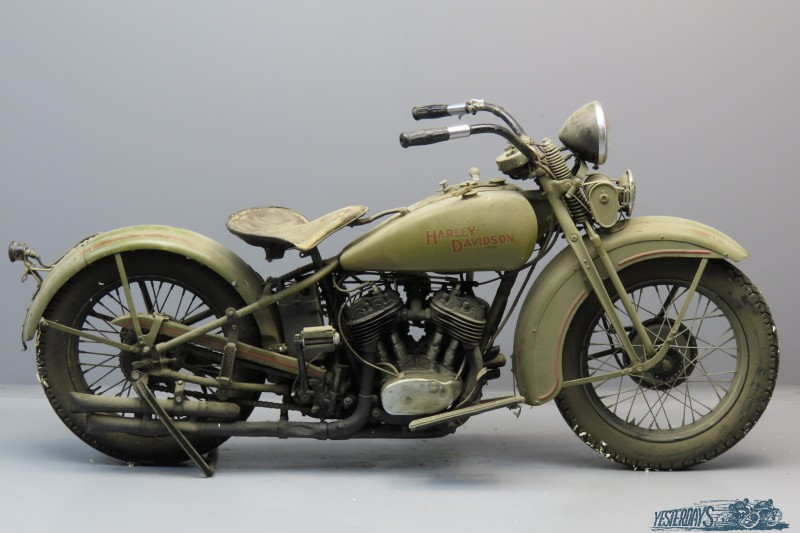 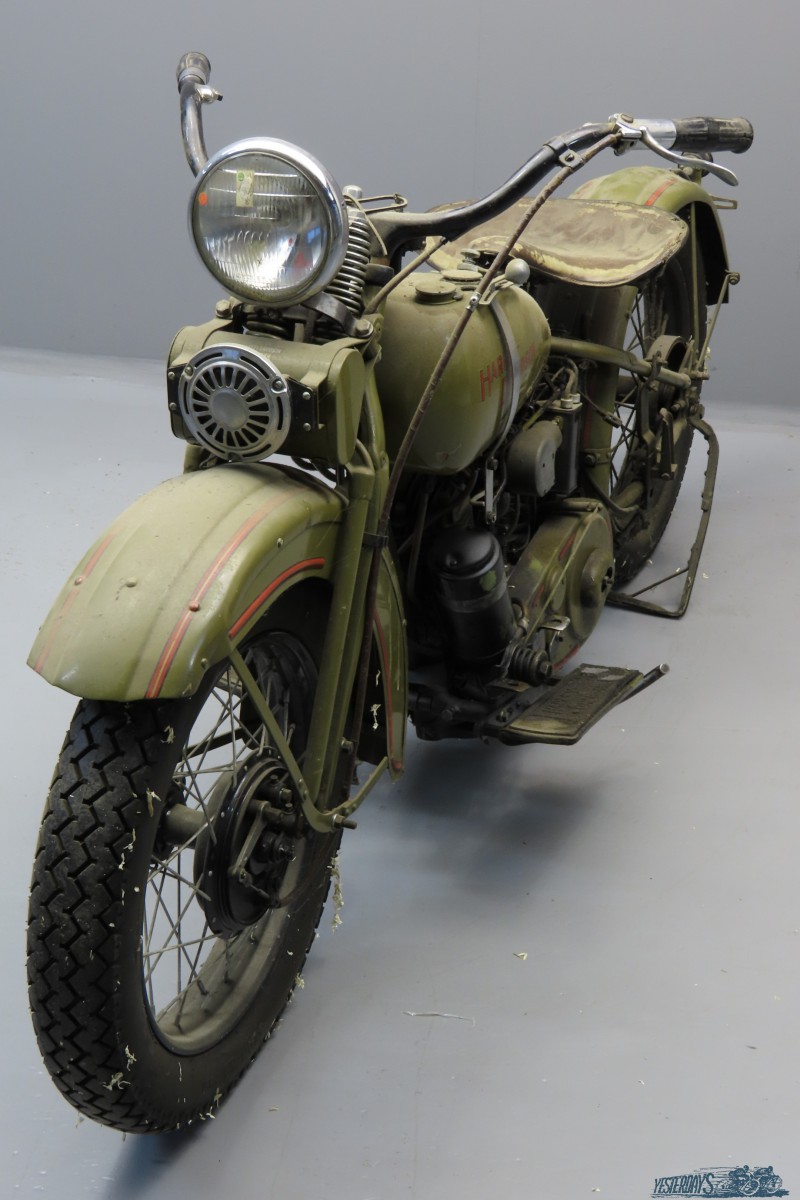 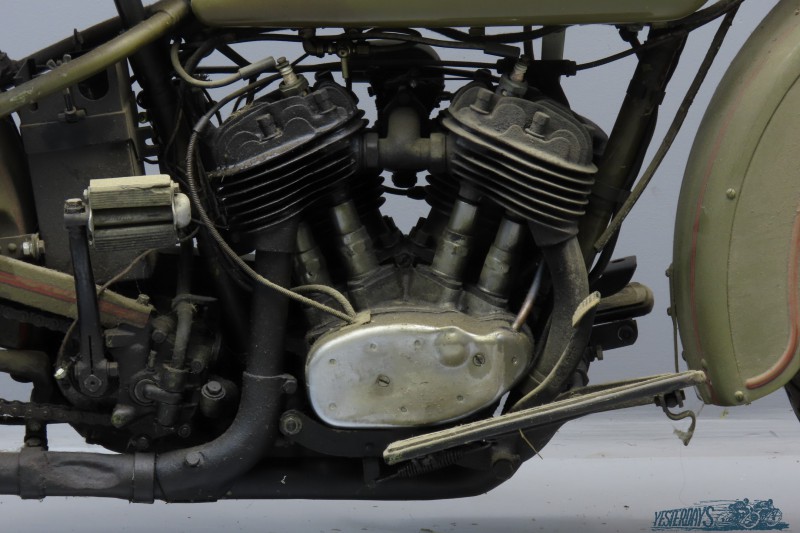 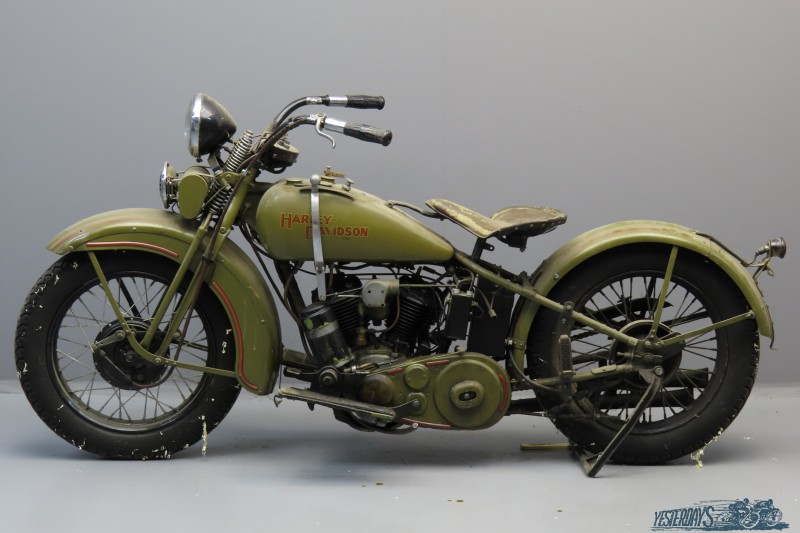 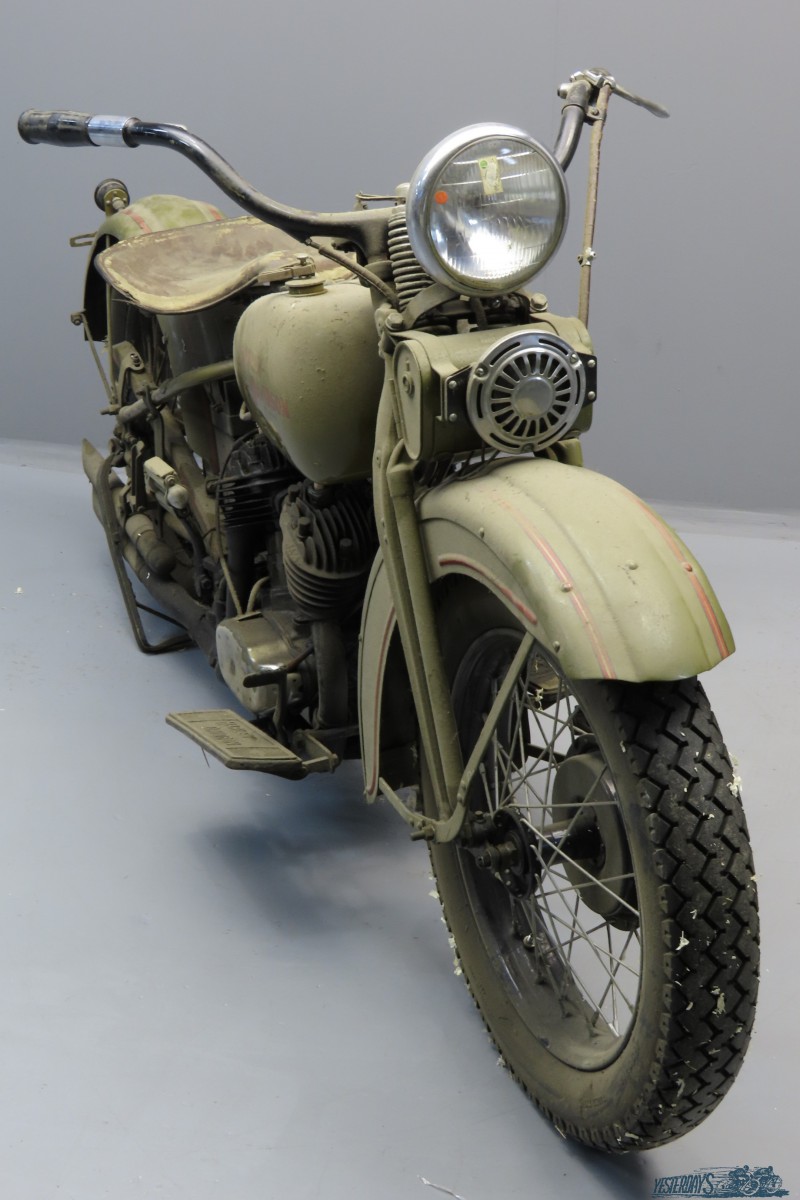 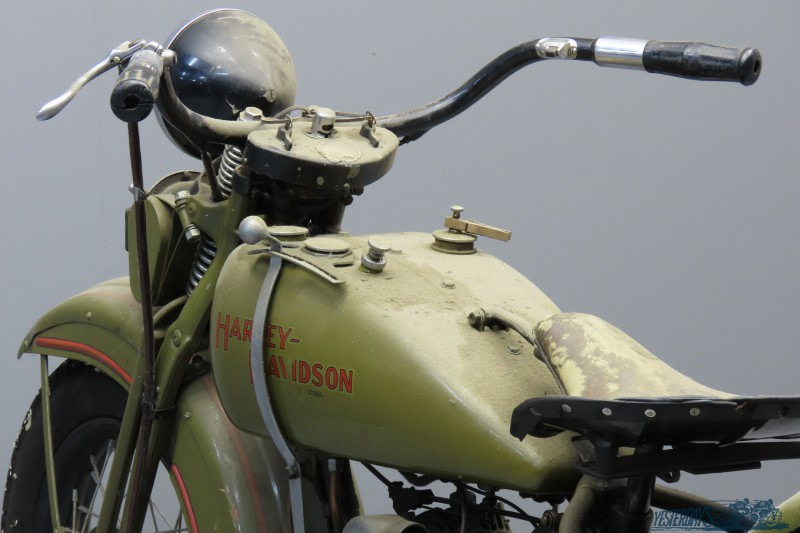 The company introduced the side valve concept for the V-twins for the 1929 model year when the 742cc model D was introduced. A year later the F-head big twin was replaced by the side valve 1209cc model V. The model D was sometimes referred to as the “three cylinder Harley“, because of the remarkable vertical position of the dynamo: in a cost saving idea, the new motorcycle was designed to use the existing frame from the 350cc Model B single. This required the generator to be mounted vertically because of the lack of space in the frame triangle. Another special feature of the early 750cc models are the twin bullet headlights, used in 1929 and 1930 only. Several versions were marketed, the D had a compression ratio of 4.3:1 and a power output of 15hp. The DL had a somewhat higher compression ratio of 5.0:1, which gave 18.5hp. Top of the range was the DLD which churned out 20hp @ 4000 rpm with a ratio of 6.0:1. Standard paint finish was olive green with maroon striping with a centre gold stripe. Handlebars and wheel rims were finished in black. Potential buyers could choose though from a range of new colours: black, maroon, grey, blue cream and coach green, all at extra cost. Among the new features for 1931 were a single 7 inch headlight and a larger and more effective band rear brake, of which the factory claimed it was 31% more effective than the earlier model. The clutch and generator drive were also modified and a fishtail silencer was utilized. (This machine is fitted with the 1929-30 double barrel exhaust.) The formerly nickel plated parts were now chromed. About 750 Model Ds left the factory that year. 1931 would become the last year of the model D: a redesigned 750 model “R” was ready to become its successor (source: “Harley Davidson, all the Motorcycles 1903-1983” by Matthias Gerst).

This sturdy model D is an older restoration in good cosmetic condition. We haven’t checked her mechanical condition; judging from her dusty appearance she probably has been in storage for a long period so she is certainly ready for some tender love & care of a new owner.