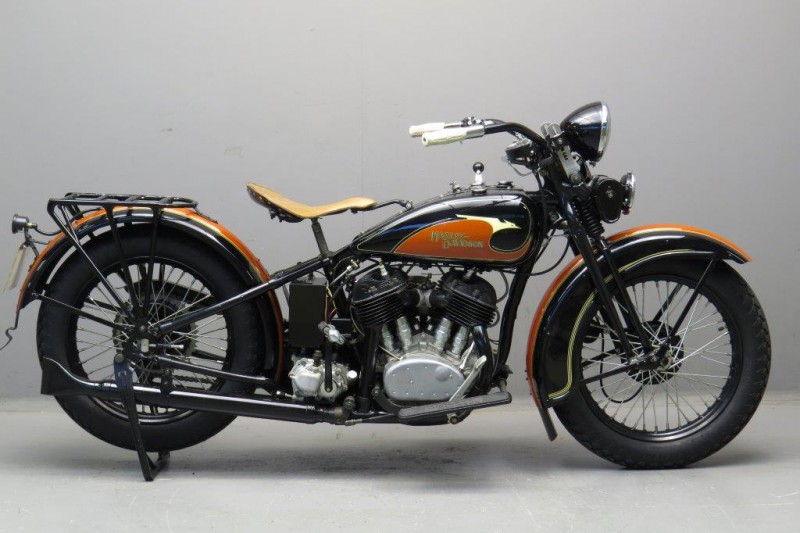 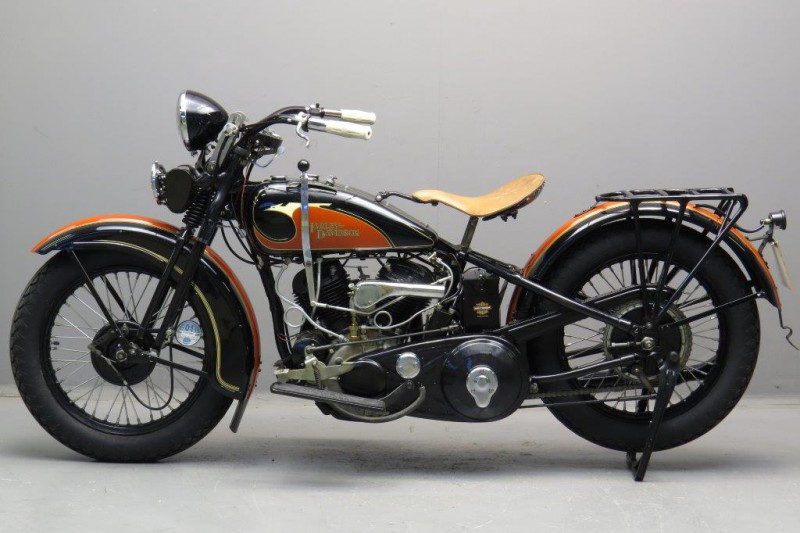 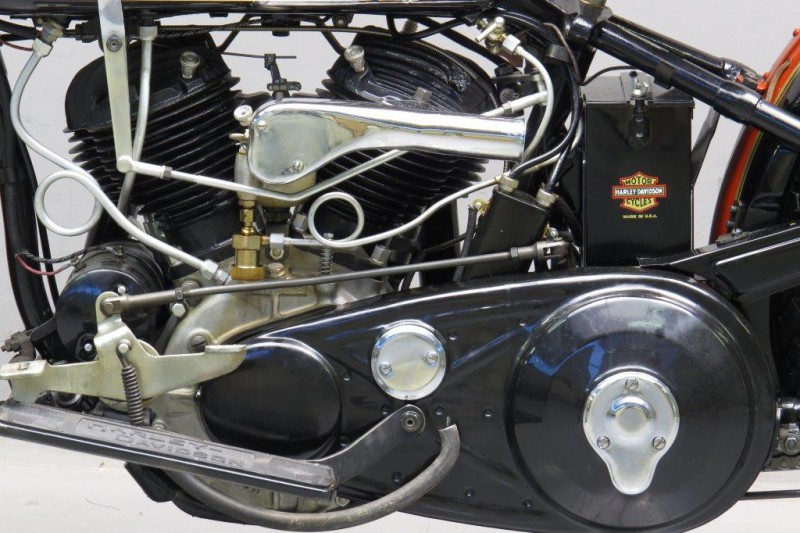 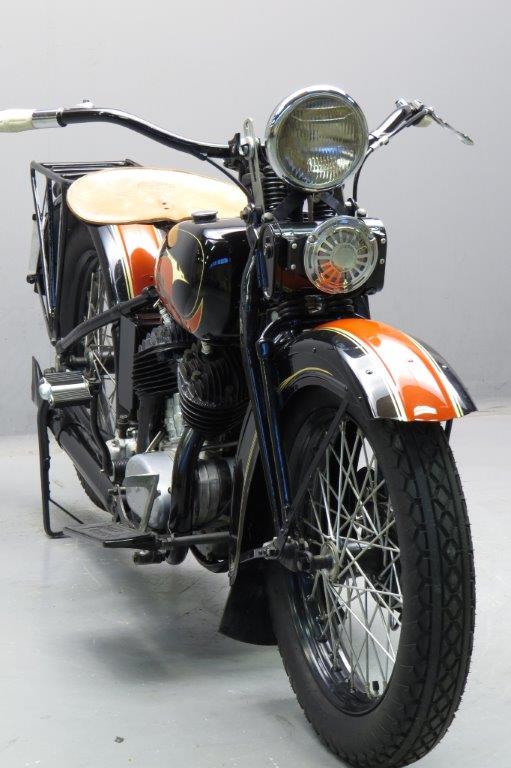 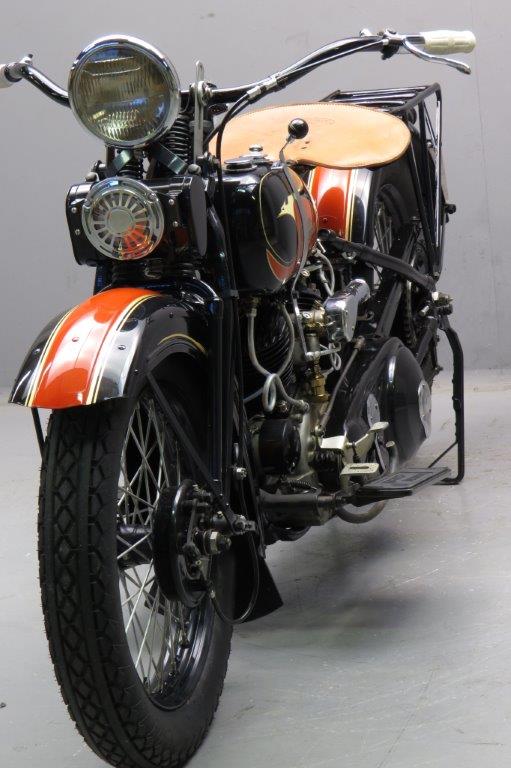 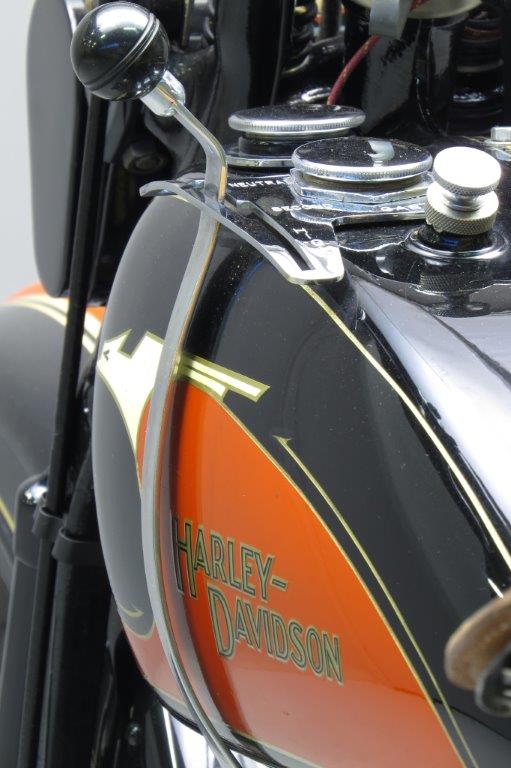 The Harley VL flathead Big Twin was launched for the 1930 model year around the time of the Wall Street Crash, and was the dominant US bike until 1936 during a period of very restrained demand.
The 1933 season was the lowest production year since 1910/11 for Harley, and the family-owned company was working a two day week after four straight years of falling production, and making a loss.
Their response was to introduce a new premium priced Sport Solo model with a 36 horsepower engine, which took the AMA Production Bike speed record at 104 mph.
Harley also moved away from Olive Green as their standard colour, to compete with Indian now owned by Du Pont, and 1933 was the first year for five standard colour schemes and the only year for the Art Deco bird motif on the tank.
This 1933 VLE is a Sport Solo Special with the 36 hp engine, and would originally have been fitted with magnesium alloy pistons.
The bike has been completely restored some years ago to a high standard in the Mandarin Red and Black colour scheme and has been judged as accurate by the AMCA.
It now bears some traces of use, however she is still in a very presentable condition.
It is fitted with the tall 100 mph gearing and has been ridden for a couple of hundred miles."