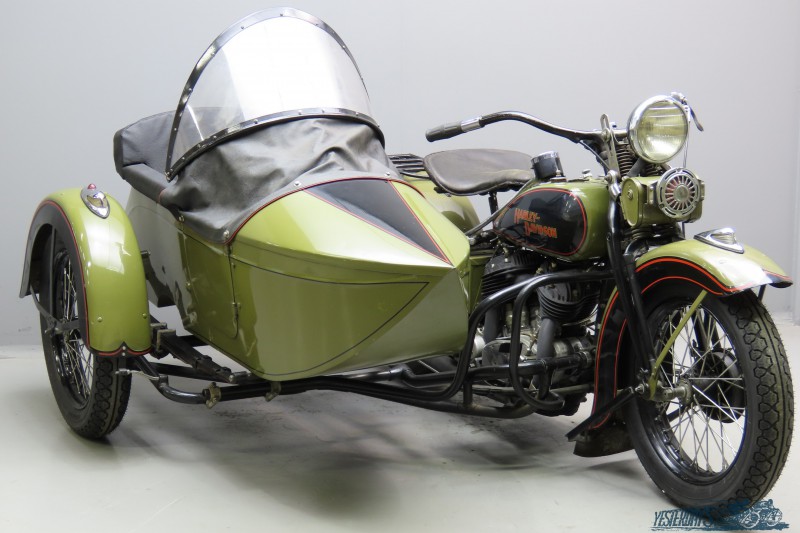 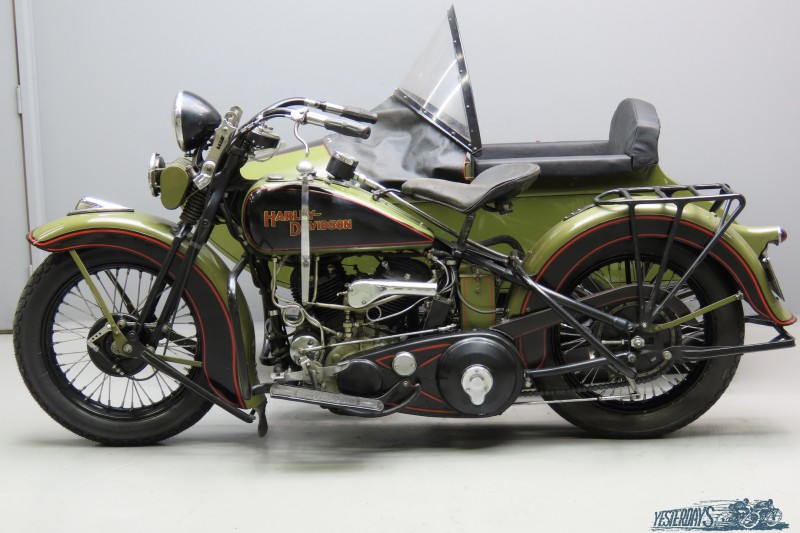 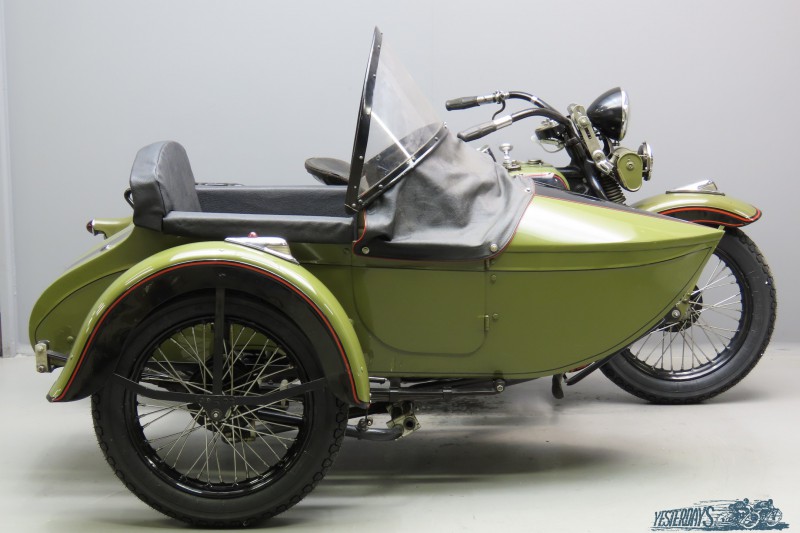 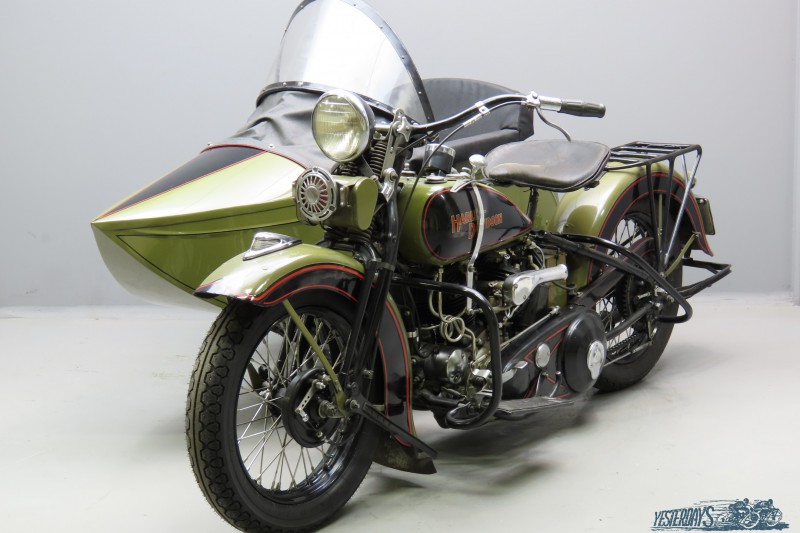 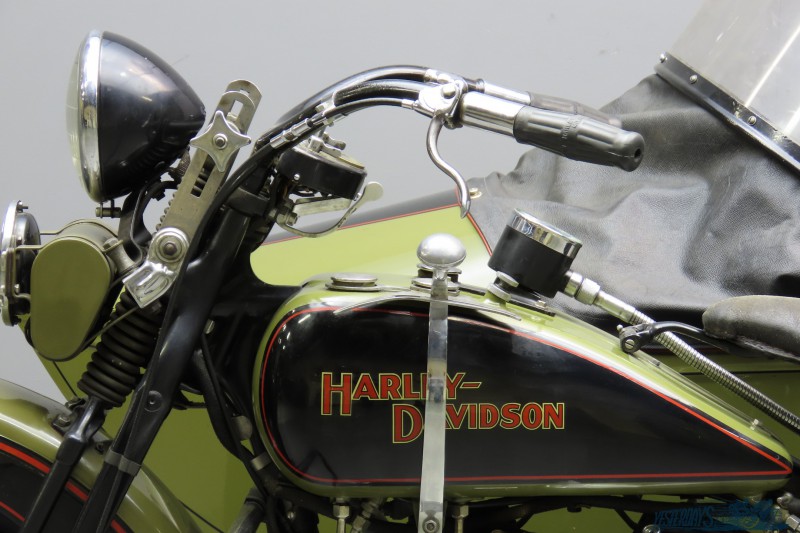 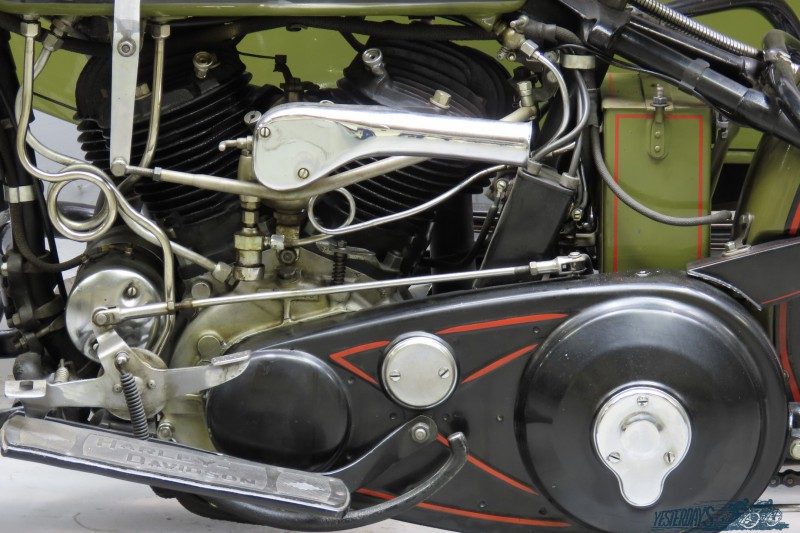 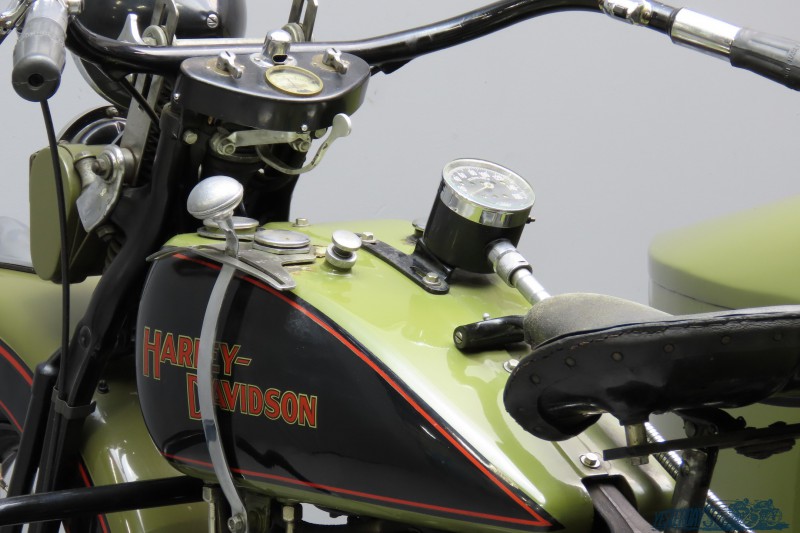 In 1930 the Model “V” came on the market to replace the F-head models J and JD. In the beginning there were serious problems with the design but once these were ironed out the new model gained a good reputation both as a solo mount and as a sidecar puller.
The model range comprised no less than 23 variations, ranging from the VC “low compression commercial, nickel iron pistons” that turned out 25hp@4000rpm to the VLD
“high compression, Dow metal pistons” that was good for 36hp@4500rpm. The machine we present is the VD with the configuration “medium compression, aluminium alloy pistons”. The VD was offered from 1934 till 1936, has a compression ratio of 4.0:1 and delivers 28hp@4000 rpm. (source: Mathias Gerst, “Harley Davidson, all the motorcycles 1903-1983”)
There were not many new technical features for the 1934 model year: the cylinders were modified and new tank graphics with “Flying Diamond” design were introduced. The new “Airflow” tail lamp was fitted and 1934 would be the only year of the upswept “Hi Flo” tailpipe, which is not fitted to this machine, possibly because it was not such a practical novelty…
This sturdy VL combination has served the former owner extremely well during no less than 45 years and 100.000 km. New pistons have been fitted a short while ago and the engine has not quite been run in. The comfortable sidecar has a 4-point fixture for extra stability and comes with comfortable wind screen. Extras are Corbin speedometer and front and rear crash bars.
She is a road-registered reliable tourer with some traces of use as to the paintwork.
She has been restored a number of years ago and has the benefit of a reverse gear, she is in good overall condition and is registered for the road.