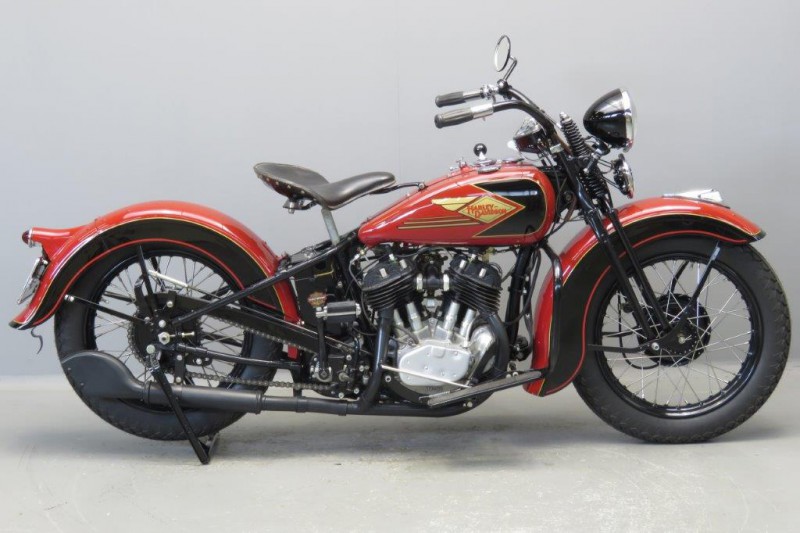 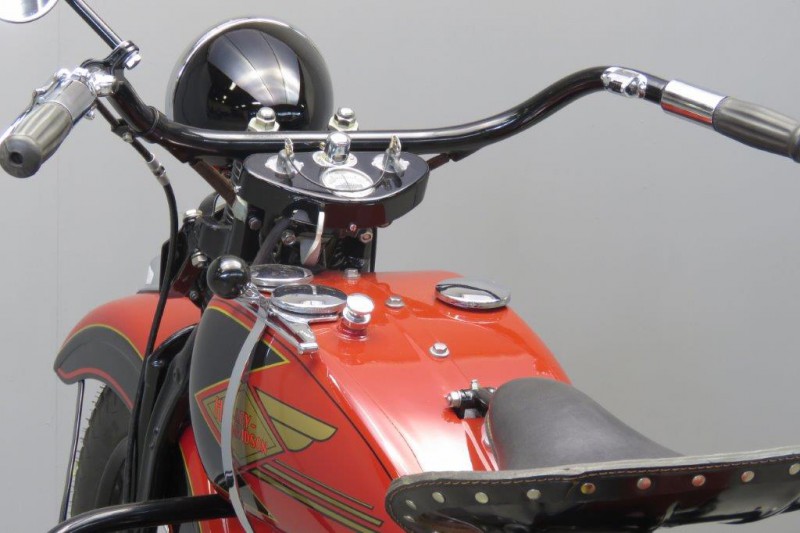 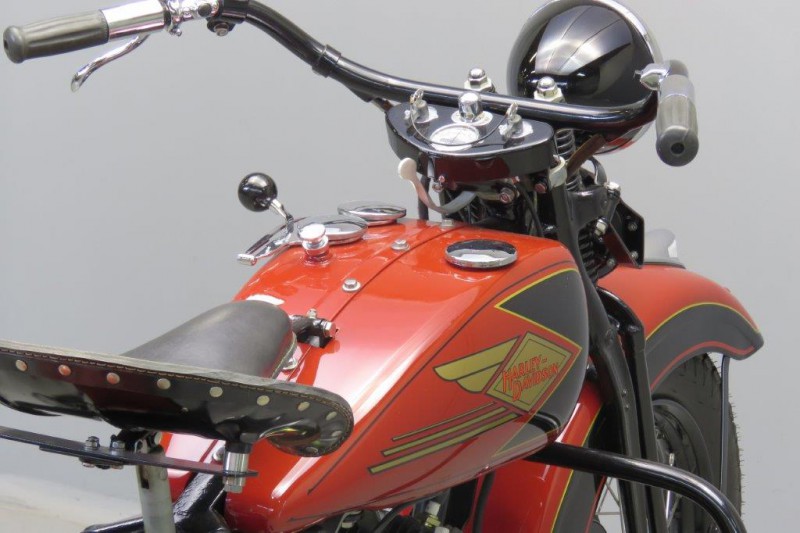 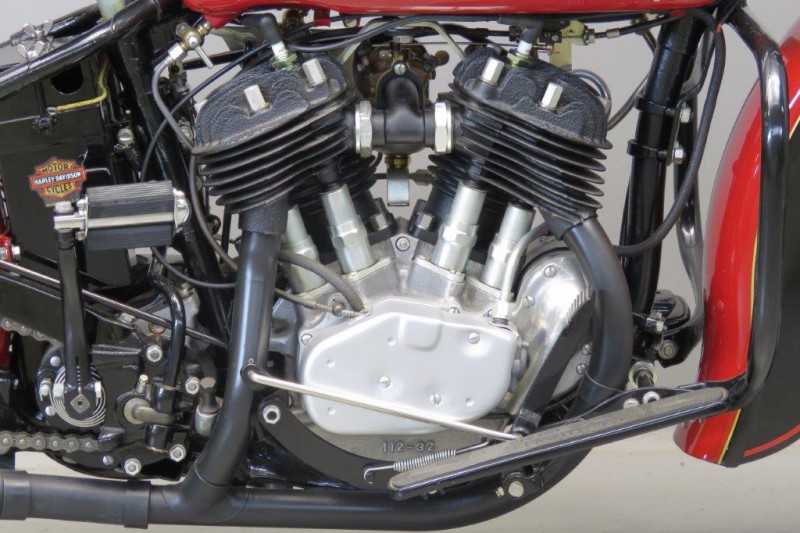 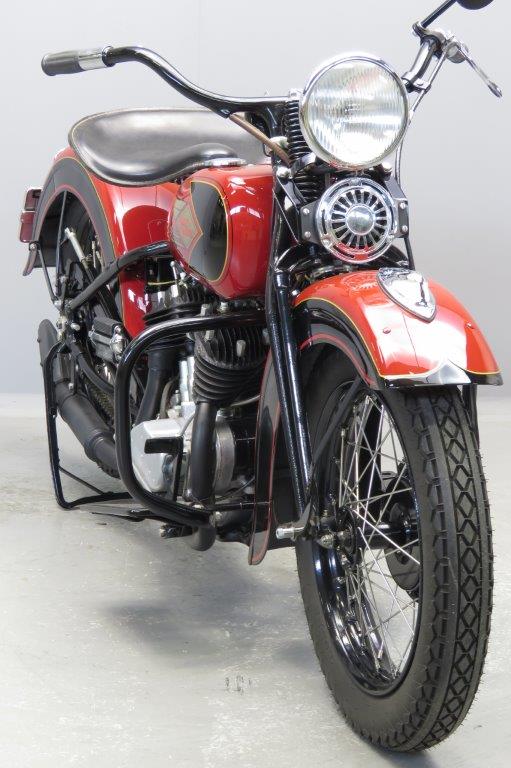 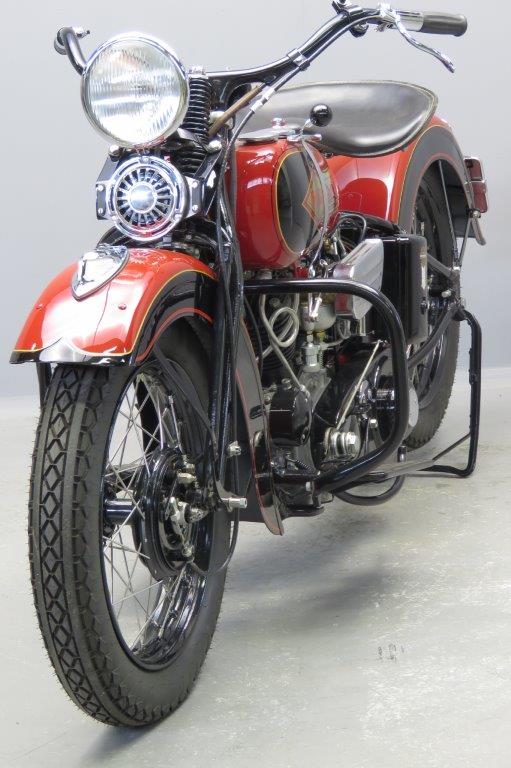 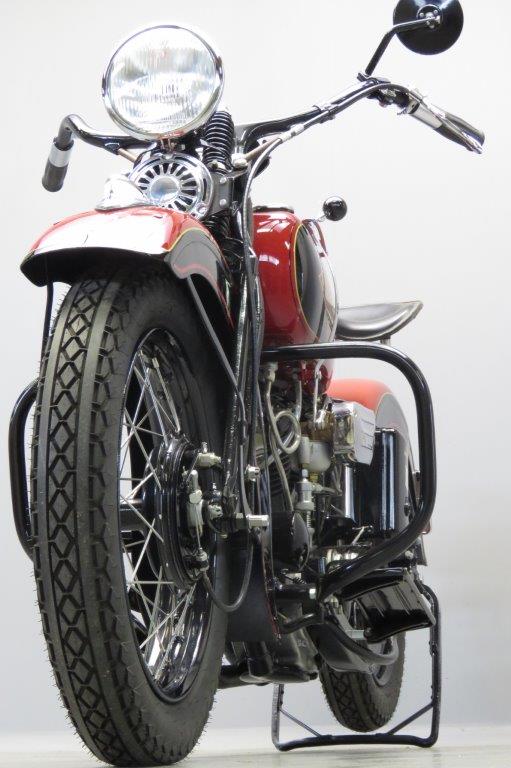 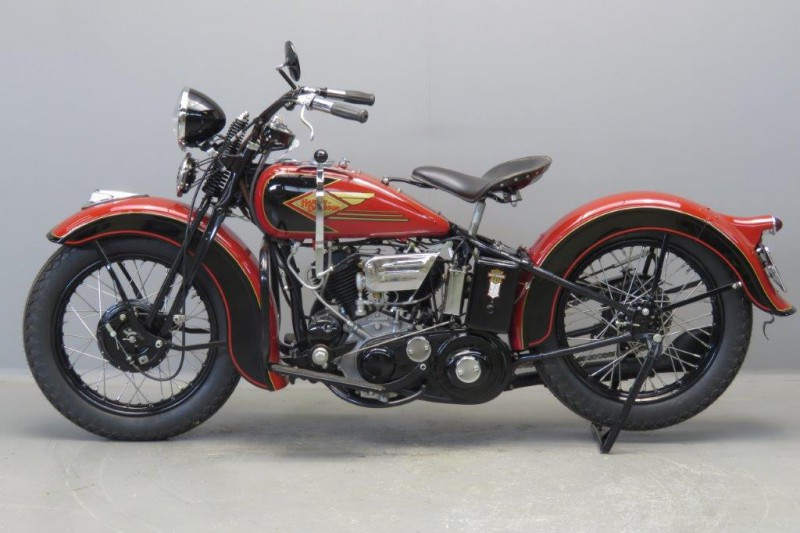 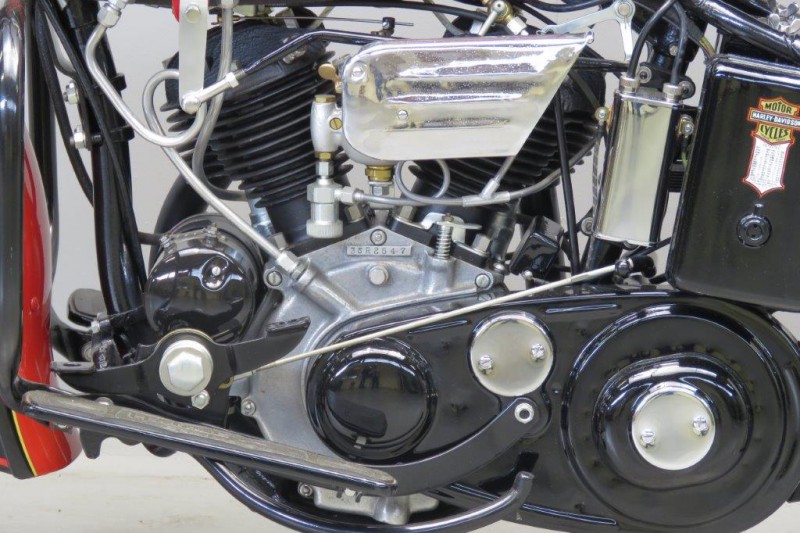 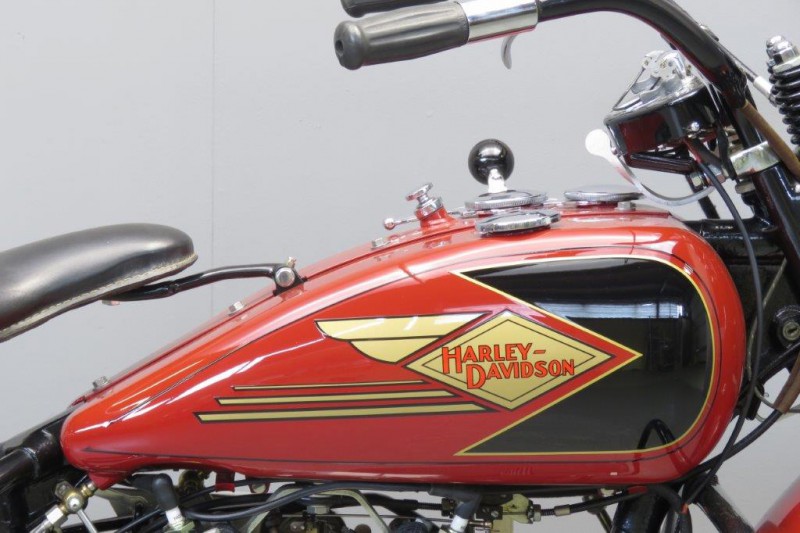 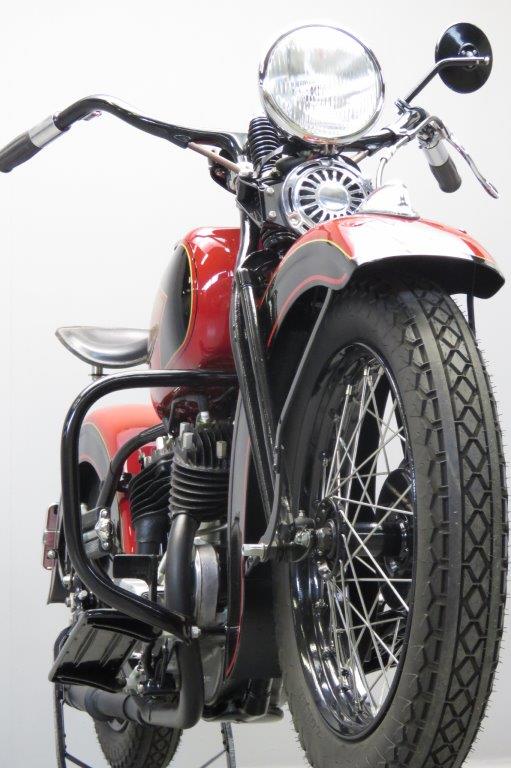 The  Harley – Davidson company introduced the side valve concept for the V-twins for the 1929 model year when the 45 ci model D was introduced.
A year later the F head big twin was replaced by the side valve 74 ci  model V.
The model D was sometimes referred to as the  “three cylinder Harley “, because of the remarkable  vertical  position of the dynamo.
For the 1932 model year a redesigned 750 was marketed as the Model R.
It differed in many respects from the previous model. To name a few: new cylinders, flywheels and conrods, crankcases, cam gears and oil pump.
There were  many more detail changes in the engine. The cycle parts had also been redesigned in many ways. Unfortunately sales were very slow in 1932 due to the worldwide economic depression. No more than about 1,300  model R bikes were sold that year.
For 1935 sales were slightly better: some 2000   750 cc machines left the factory, against  about  6000   1200 cc models.
Overall 1935 sales were 250 %  higher than  1934 sales. Some new features for 1935 were a constant mesh three speed gearbox,  quickly detachable rear wheel with internal expanding brake and new rectangular tool box on left side of frame.
This machine is a sparkling new restoration  .