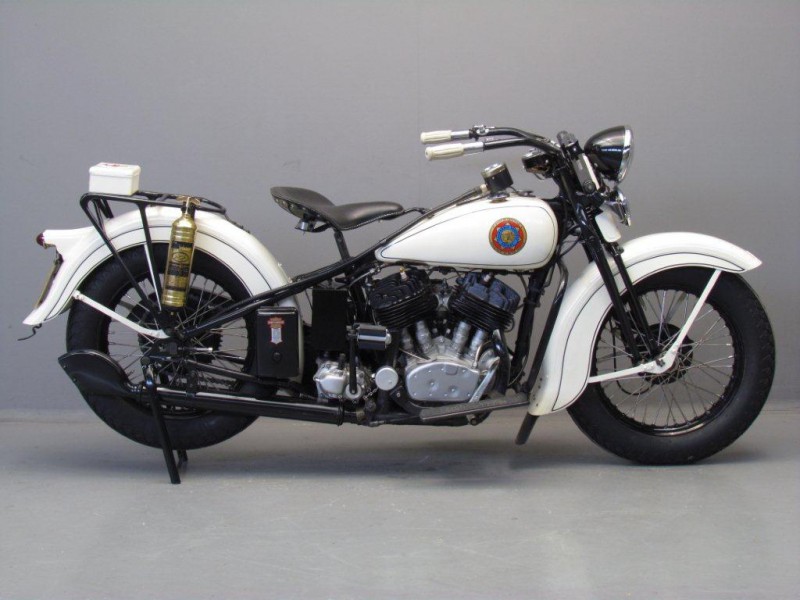 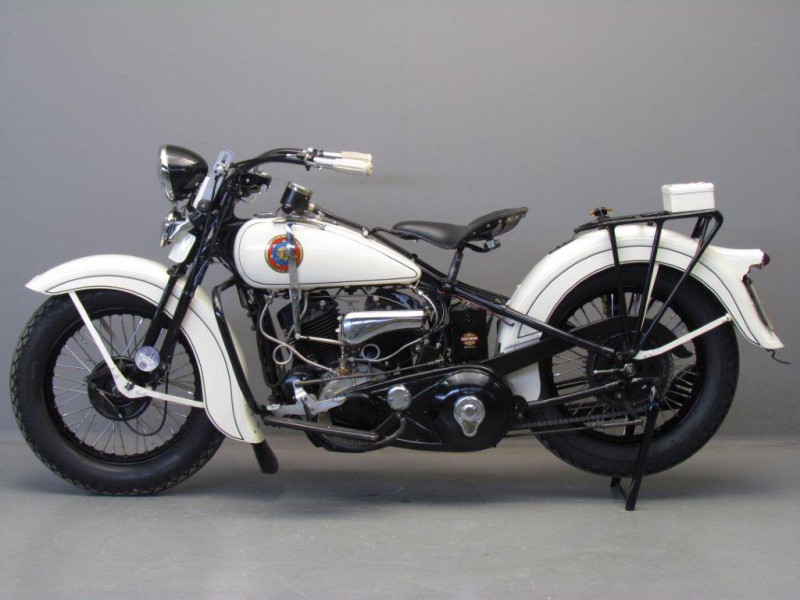 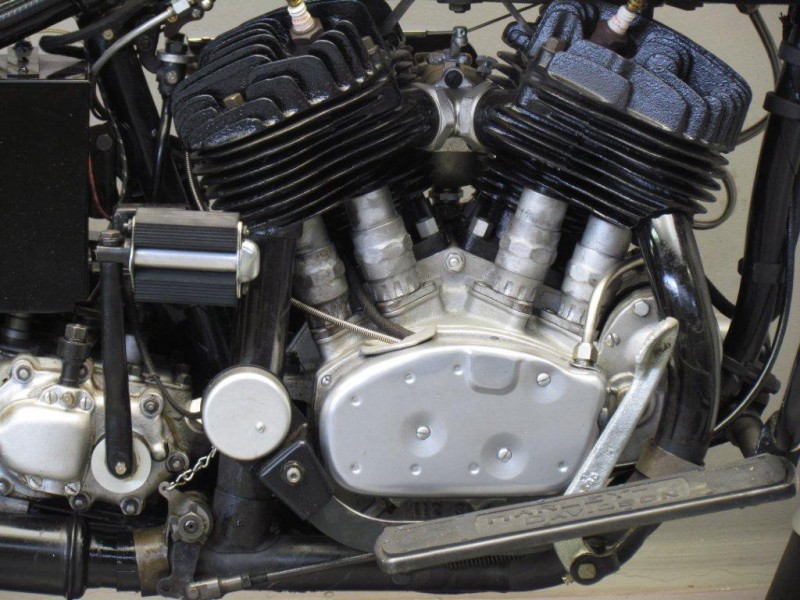 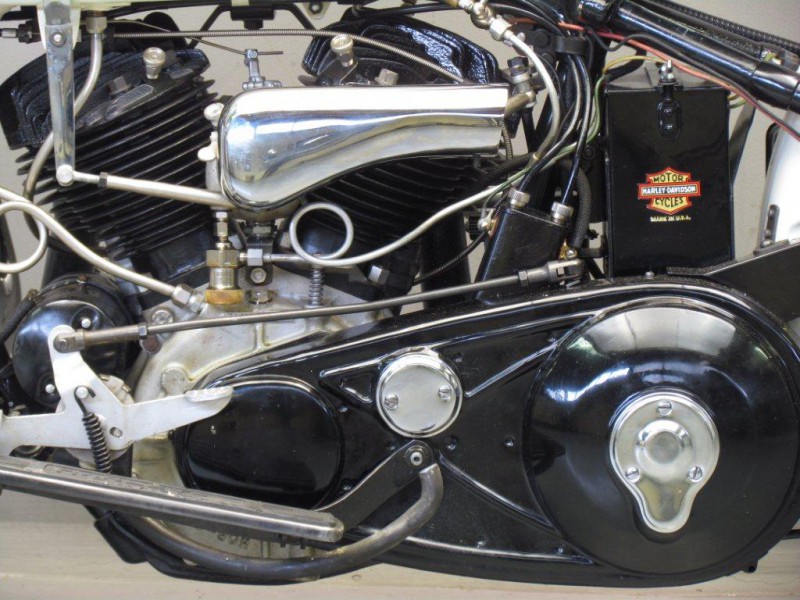 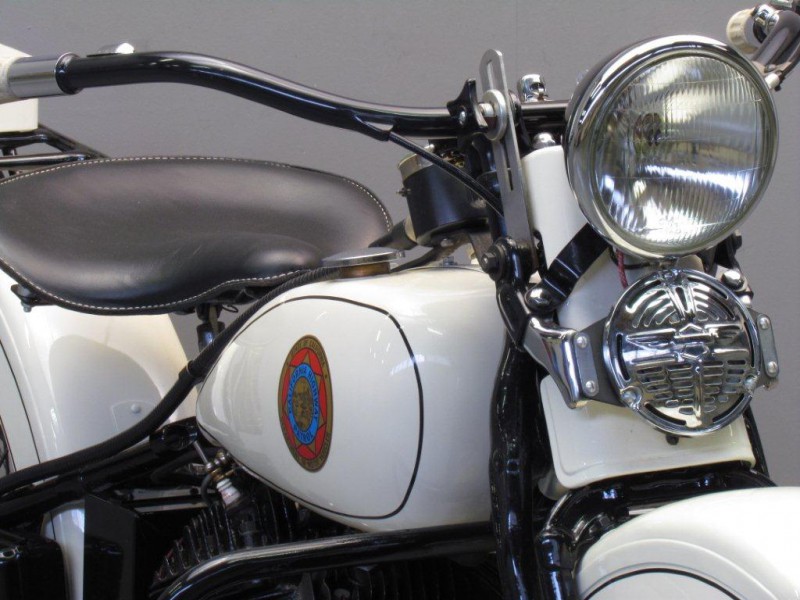 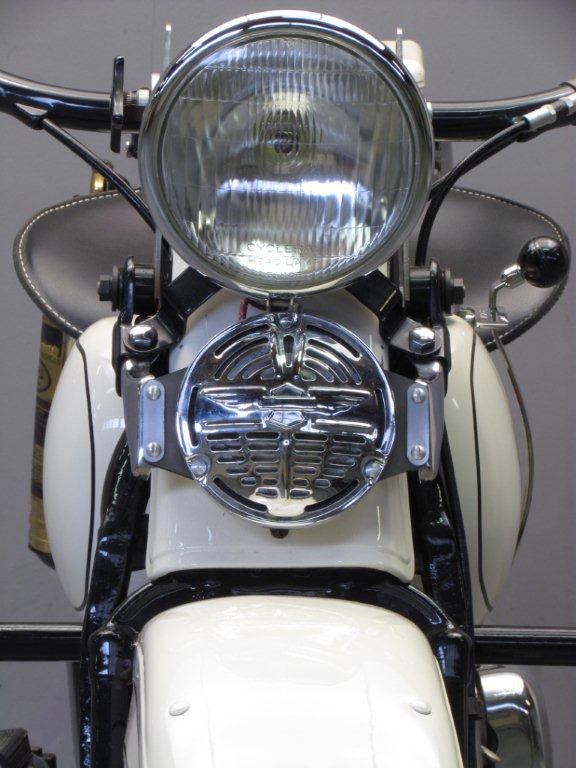 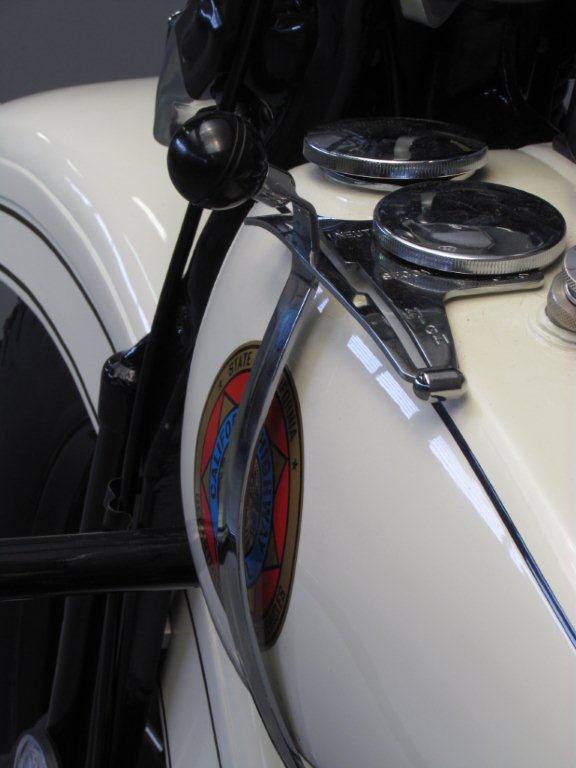 In July 1929 the Model “V” came on the market to replace the F-head models J and JD.
After early teething problems the new model gained a good reputation both as a solo mount and as a sidecar puller, and was the dominant machine in the US while it was produced until December 1936.
The model “VD” was a medium compression model (ratio 5.0:1) and it had a power output of 36 HP @ 4,600 rpm.
Maximum speed is some 160 km/hour.
Some of the new features for the 1936 model year were cylinders & heads with nine holding down studs instead of seven, reworked combustion chambers and deeper cooling fins.
This machine has been restored to a fine standard and has the specifications of a California Highway Patrol machine, complete with Corbin speedometer, fire extinguisher and first aid kit on the rear carrier.
The bike has been judged by the AMCA, run for about 300 km, and taken up to 100 mph/160 kph on the speedo.
This 1936 “Police Special” is a rare machine, only 176 were produced.