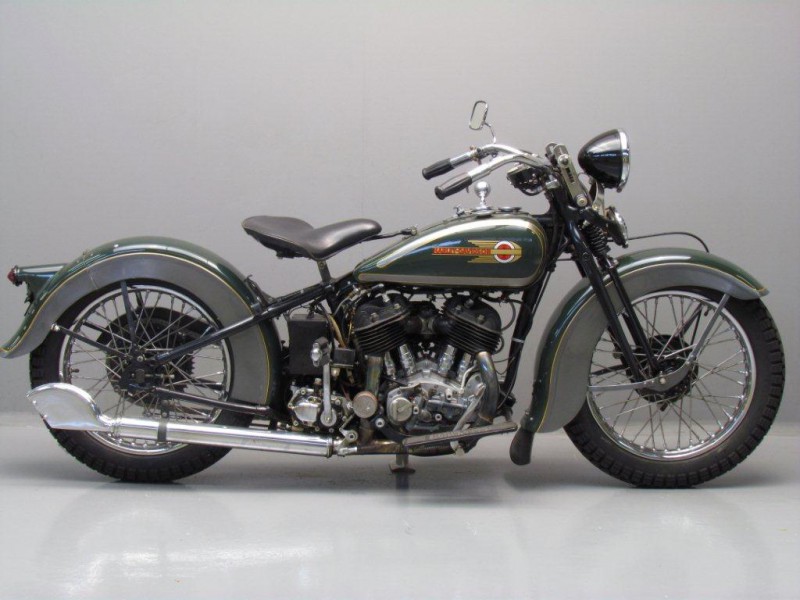 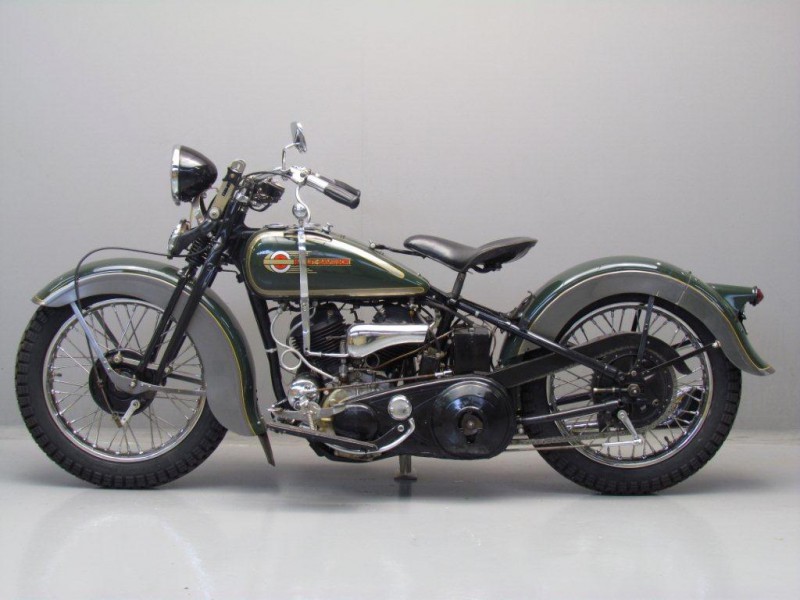 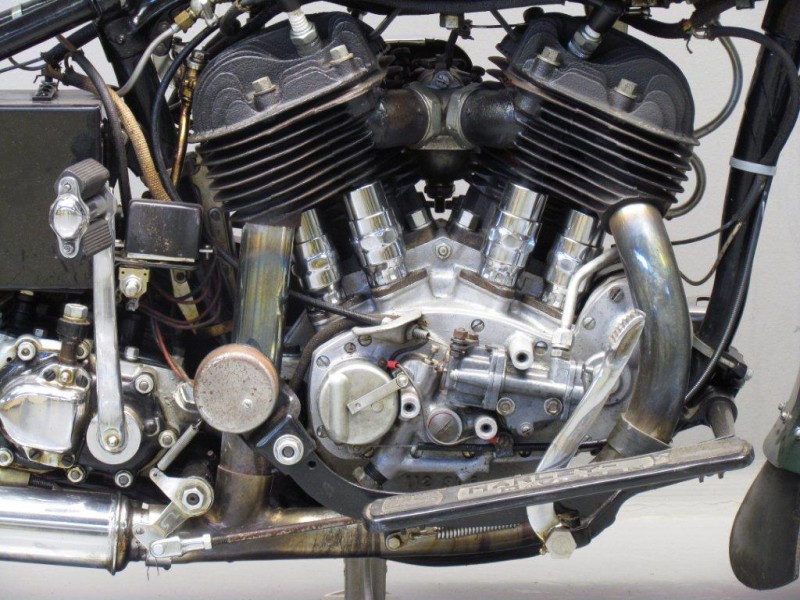 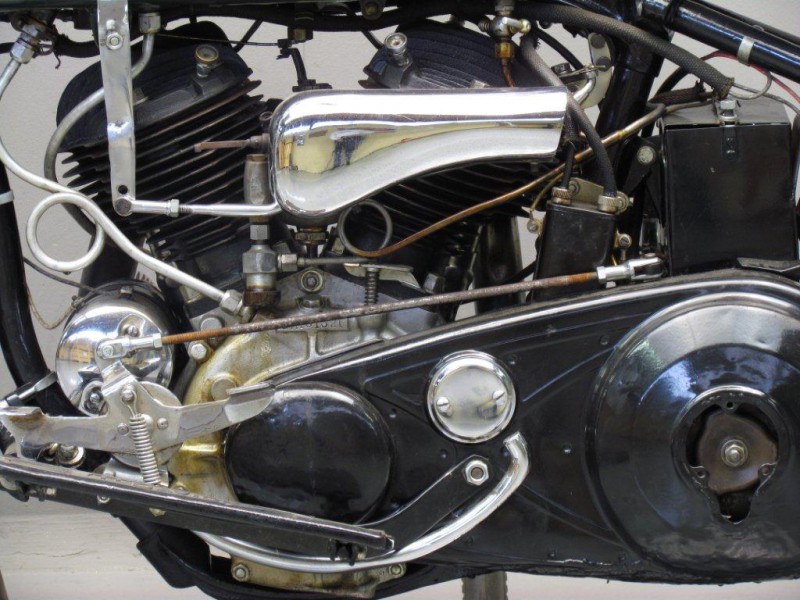 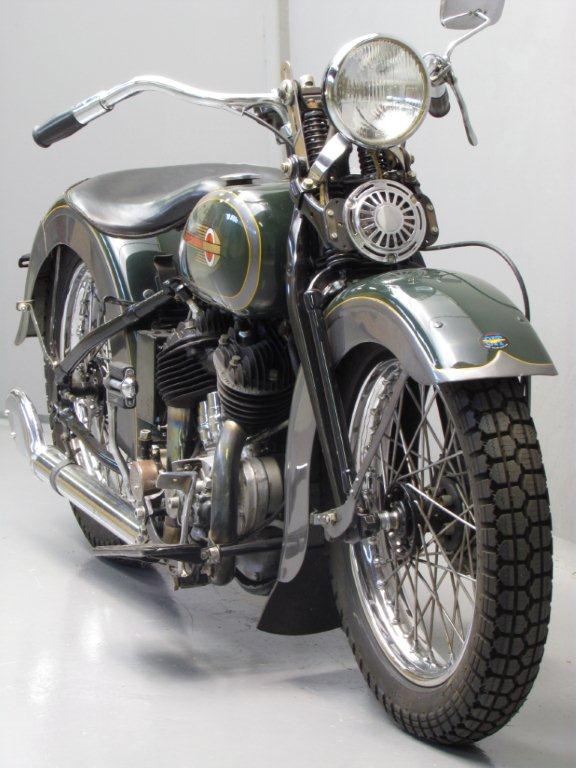 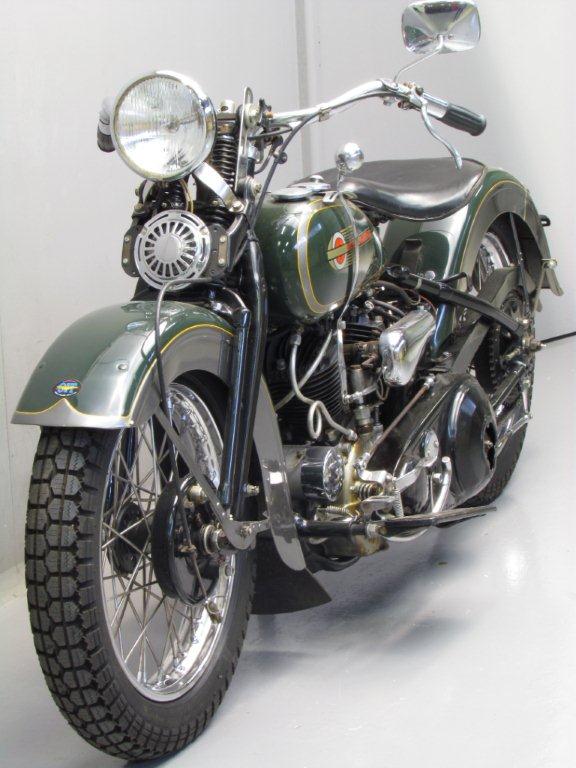 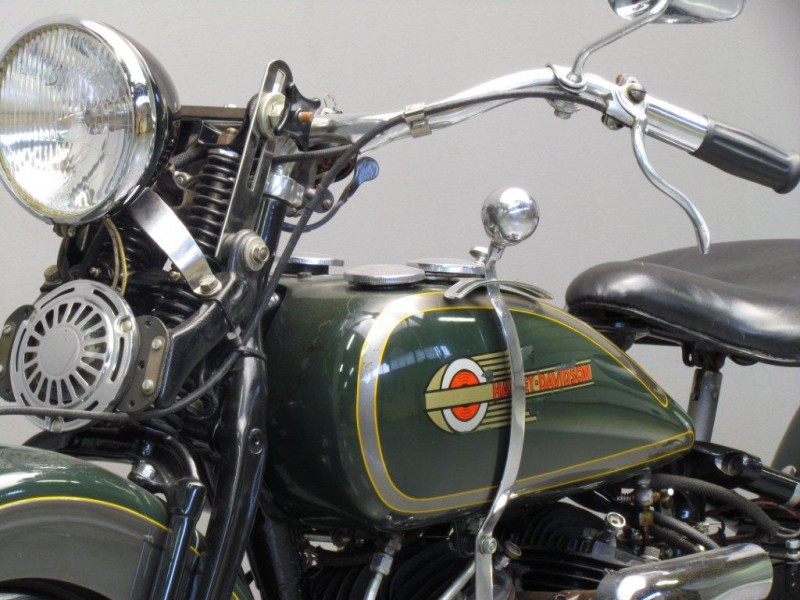 In 1930 the Model “V” came on the market to replace the F-head models J and JD.
In the beginning there were serious problems with the design but once these were ironed out the new model gained a good reputation both as a solo mount and as a sidecar puller.
The model “V” was a medium compression model, the “VL” was its high-compression brother, designed for sidecar and package truck use. The “VL”  produced some 30 HP and it   was the top of the line for Harley-Davidson customers in the early 30s.
In 1933 the VLD was brought out with Linkert carburettor.
The  power output of  this model was 36 HP @ 4500 rpm.
Some of the  new features for the  1936 model year were cylinders & heads with nine holding down studs instead of seven, reworked combustion chambers and deeper cooling fins.
This machine has been restored to a fine standard.
The chromed oil pump cover and  clutch inspection cover on primary chain case are not with the machine.