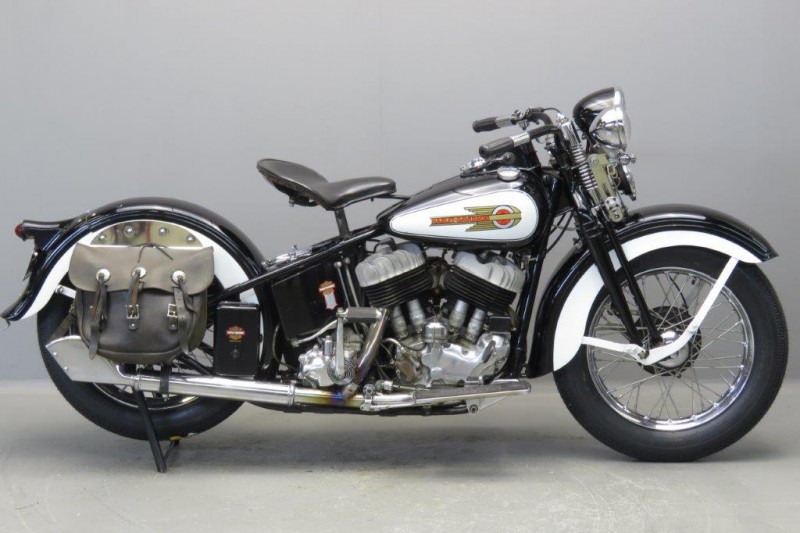 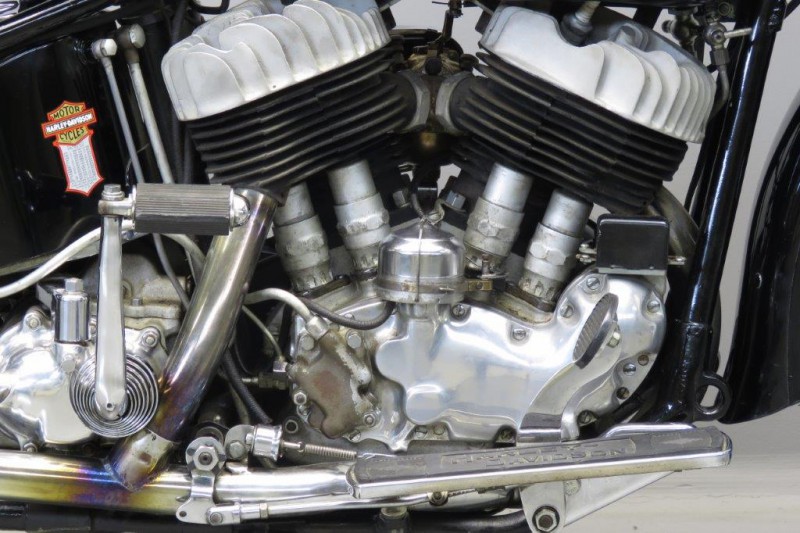 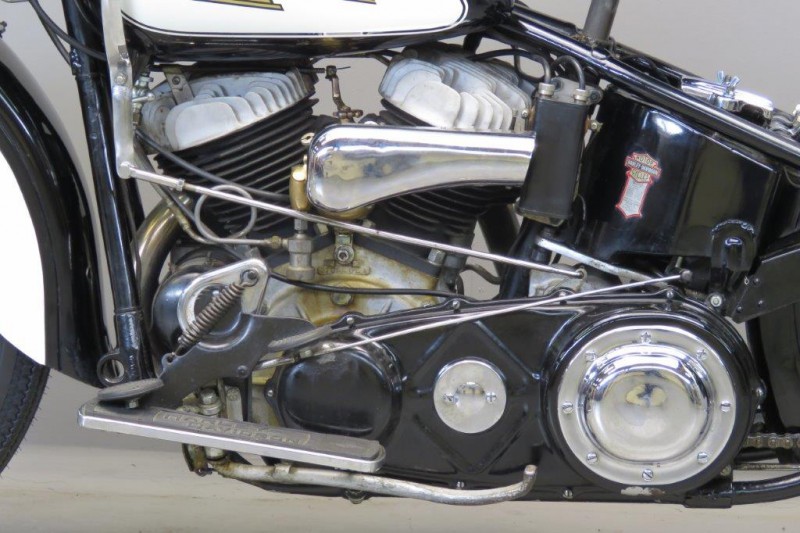 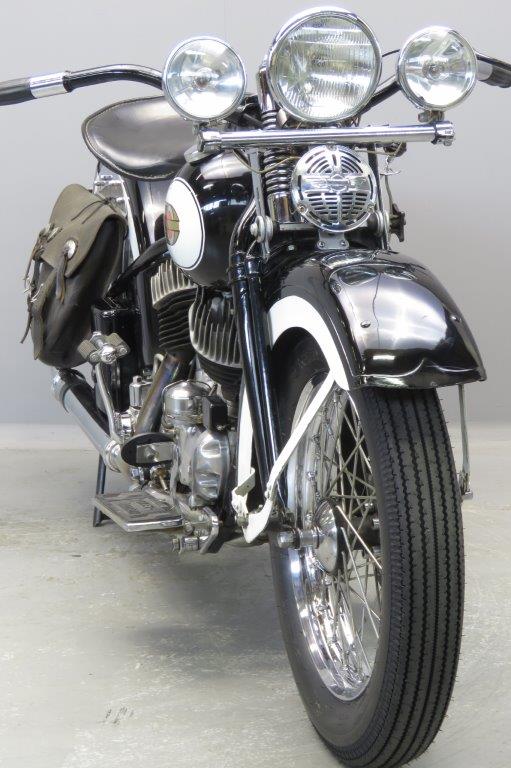 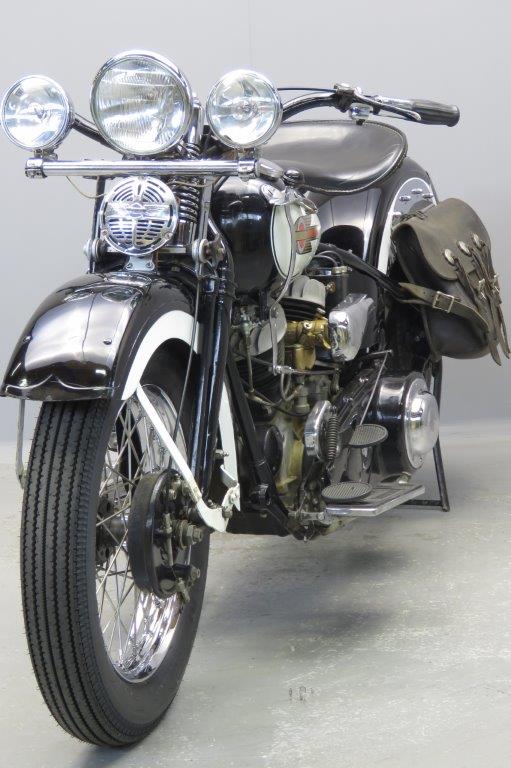 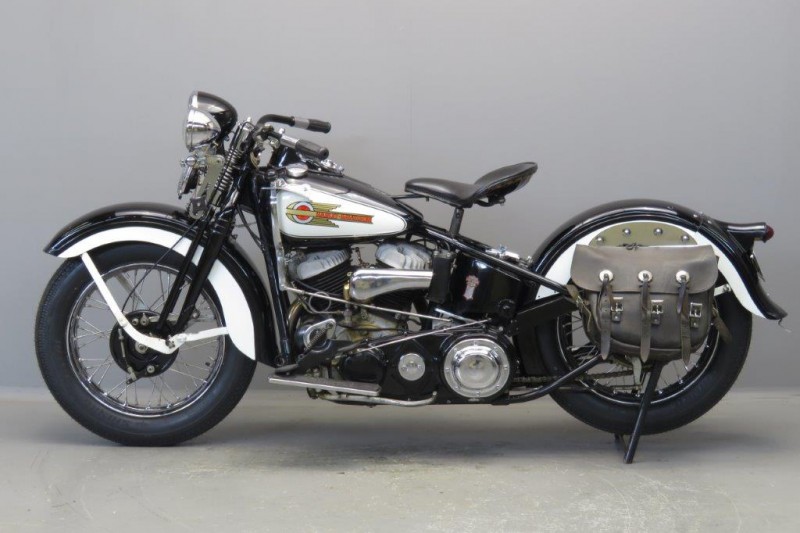 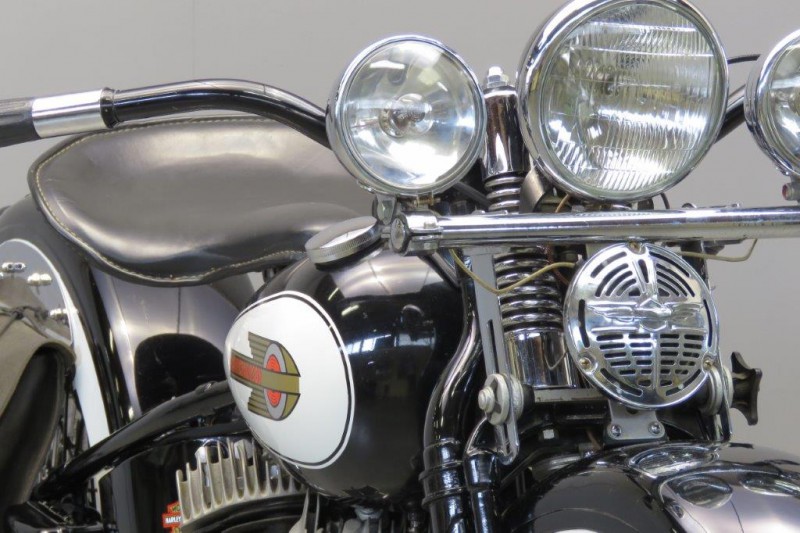 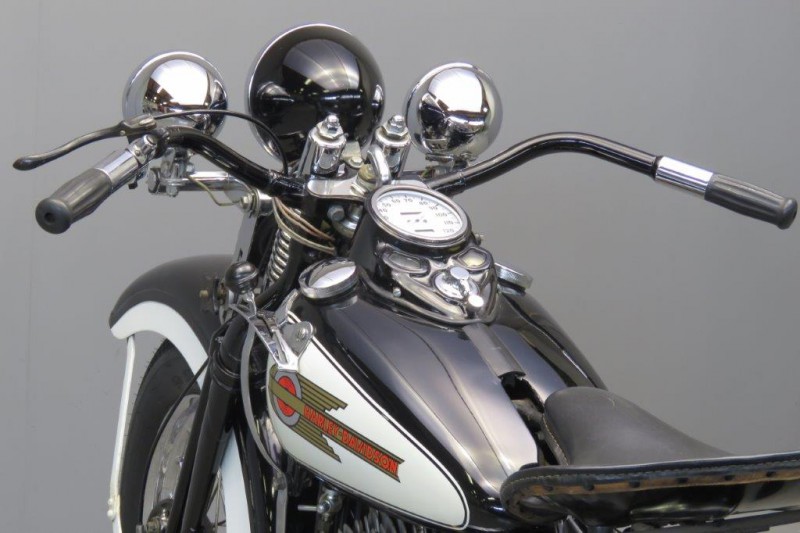 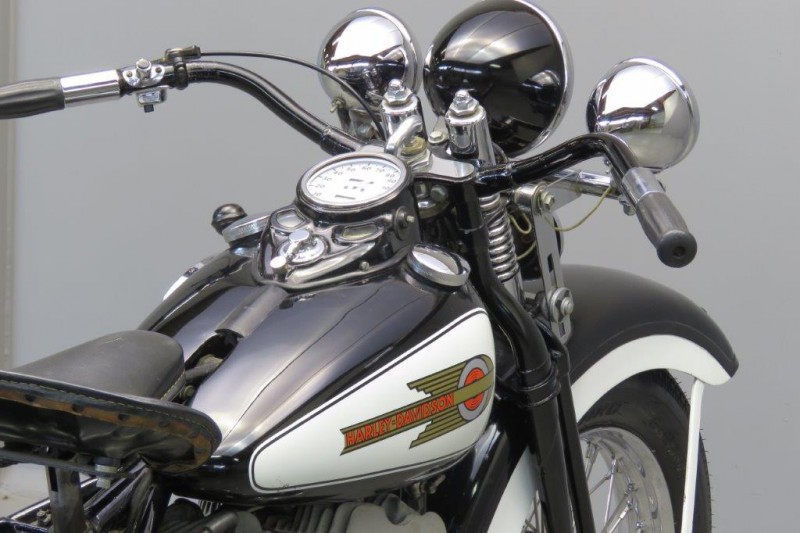 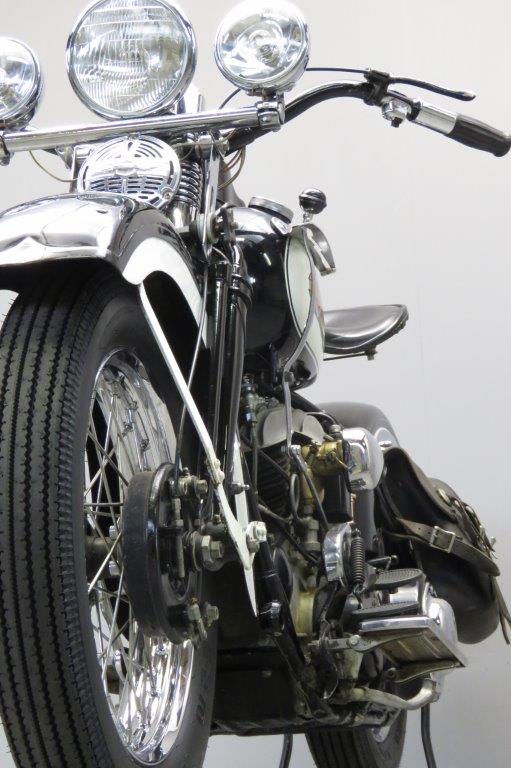 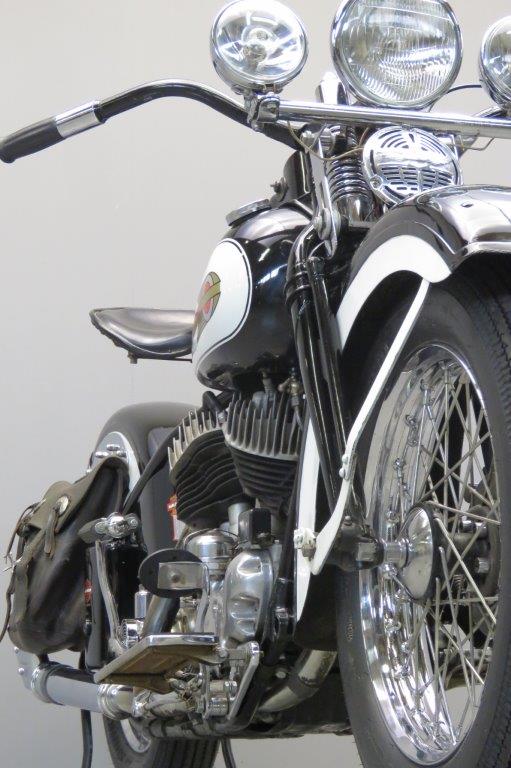 In 1930 the Model “V” came on the market to replace the F-head models J and JD.
In the beginning there were serious problems with the design but once these were ironed out the new model gained a good reputation both as a solo mount and as a sidecar puller.
The “V” range was produced  from 1930 till 1936 in capacities of  1217 and 1293 cc and the machines were available with many specification details.
For 1937 the Big Twin range was redesigned: frame and cycle parts of the newly introduced OHV  ‘Knucklehead’ were used as the basis for  the new 1209cc models U and 1303 cc models UH.
An important new feature was the introduction (finally!) of dry sump lubrication.
The UL was the high-compression version of the U and was catalogued form 1927 till 1948.
High compression meant that the machine didn’t have the standard 5.0:1 configuration but a slightly higher 5.5:1.
This led to a power output of 37.5 HP @ 4200rpm.
Unladen weight of the machine was 240 kg and the maximum speed was an impressive 135 km/h.
In 1937 the UL was the most popular model in the U range with a production of 2862 machines.
This impressive long distance traveller is a nice older restoration.