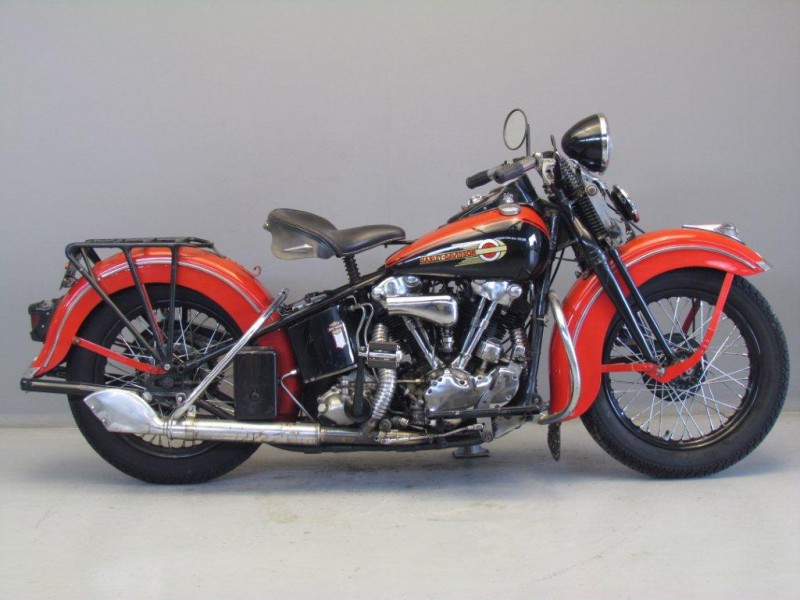 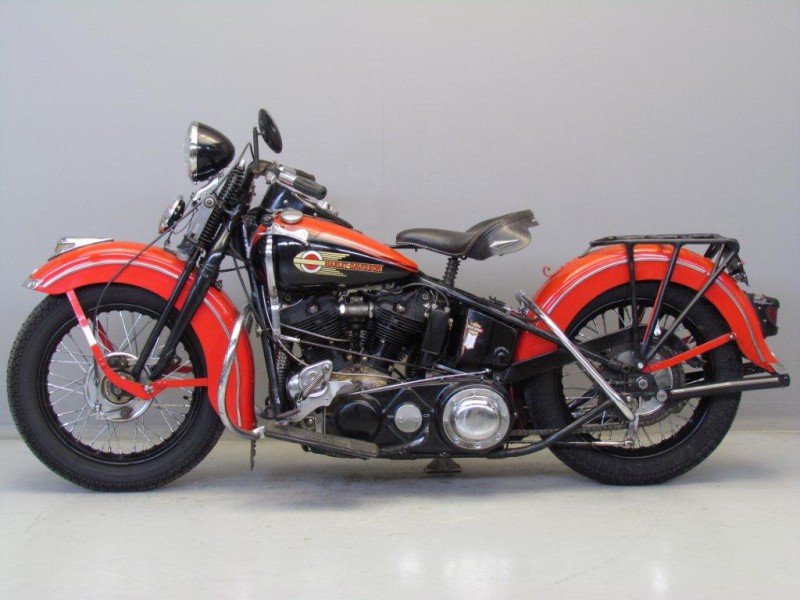 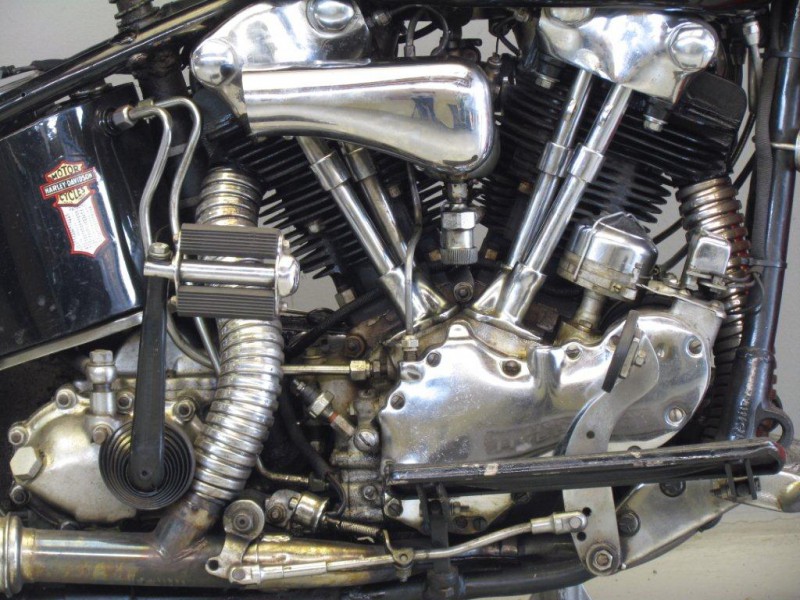 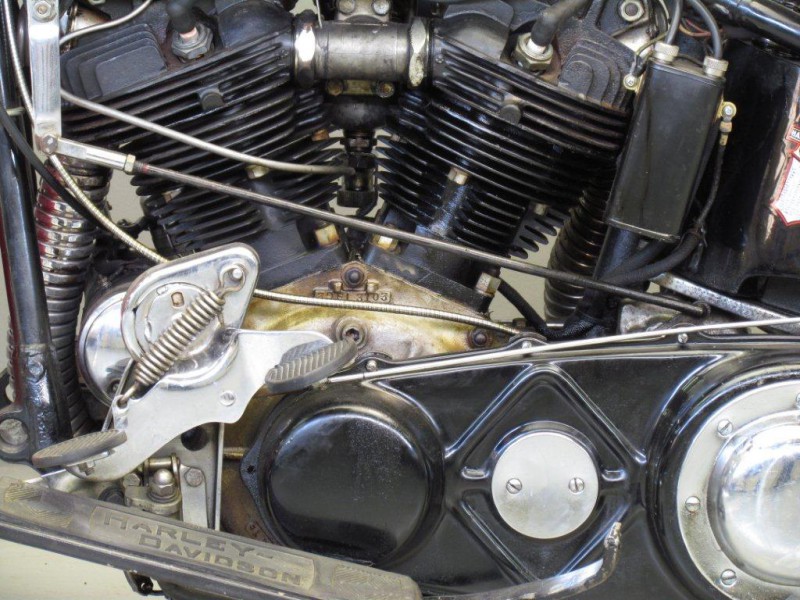 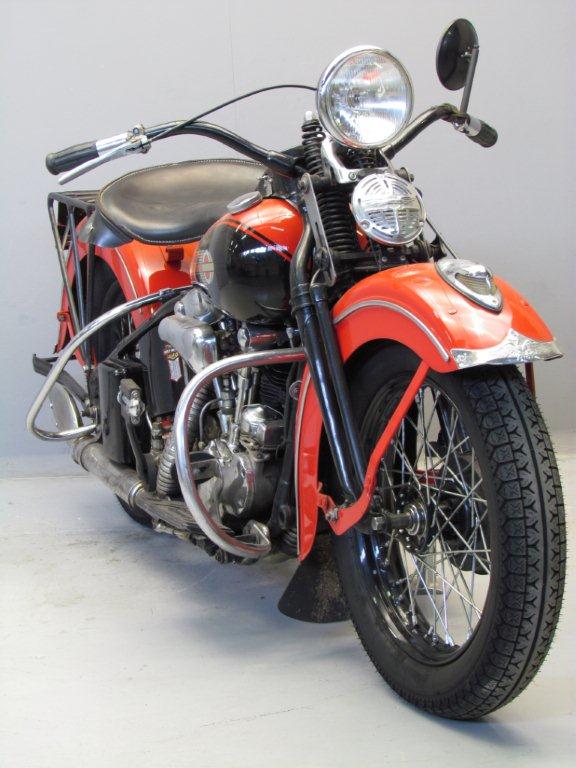 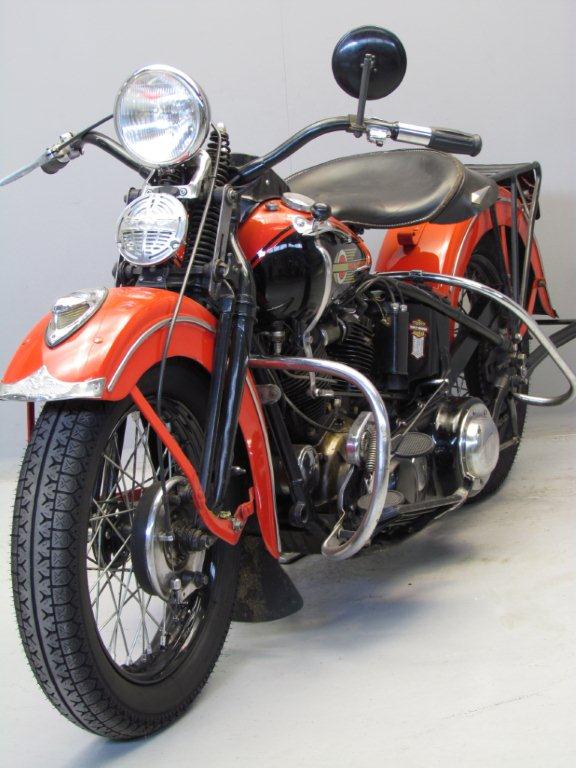 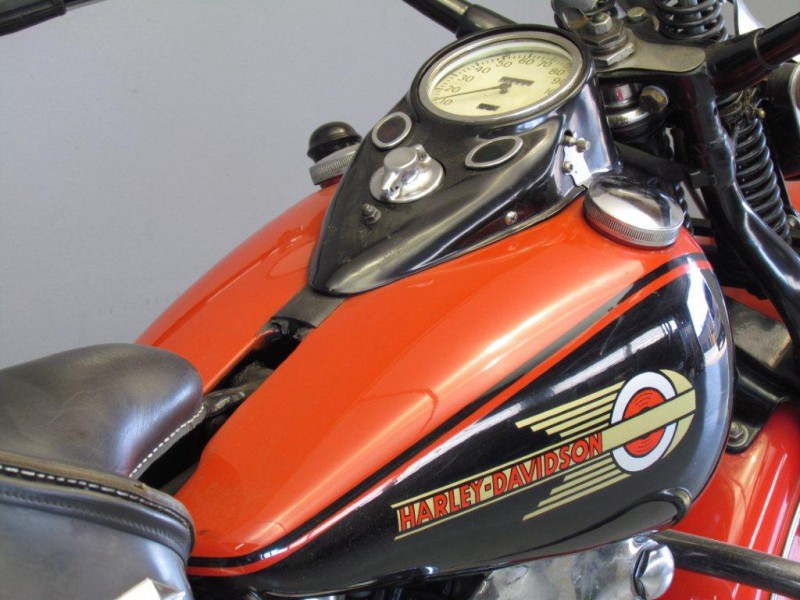 It took the Harley-Davidson Co. about 12 years to develop their motorcycles from a single cylinder belt driven single 3 HP machine to the 45 degree V-twin with 3-speed countershaft gearbox that was marketed in 1915.
This sturdy 989 cc  ( 84x89mm) machine became a popular choice for motorcycle buyers all over the world, private enthusiasts as well as police forces, postal services and other government bodies.
The OHV inlet, side valve exhaust concept was used till 1930, when HD  chose the full side valve engine concept.
By 1936 the company decided it was time to market an OHV machine: the  Model E  “ Knucklehead”   – named after the shape of the polished aluminium rocker shaft covers-  was a slow success for Harley.
They sold just 152 of them in 1936, out of a planned production of 1,600; and only 126 in 1937.
Then, in April 1937, Fred Ham, a Pasadena motorcycle police officer took his own, carefully-broken-in Model E to Muroc Dry Lake (now known as Edwards Air Force Base).
He outlined a five-mile circle with flags and flare-pots for round-the-clock riding. Stopping only for fuel, oil, fruit juice, and to change a broken rear chain in the 20th hour, Ham completed 1,825 miles, averaging 76.02mph.
He set 43 new speed and distance records for himself and Harley-Davidson’s Model E, single-handedly founding the legend of the Knuckleheads.
For 1939 a number of improvements was made, among which new pistons and rings, stiffer valve springs and revised valve gear, a modified clutch and an improved oil pump.
2695 ELs were sold that year. This coveted   ohv   HD  is in excellent shape.