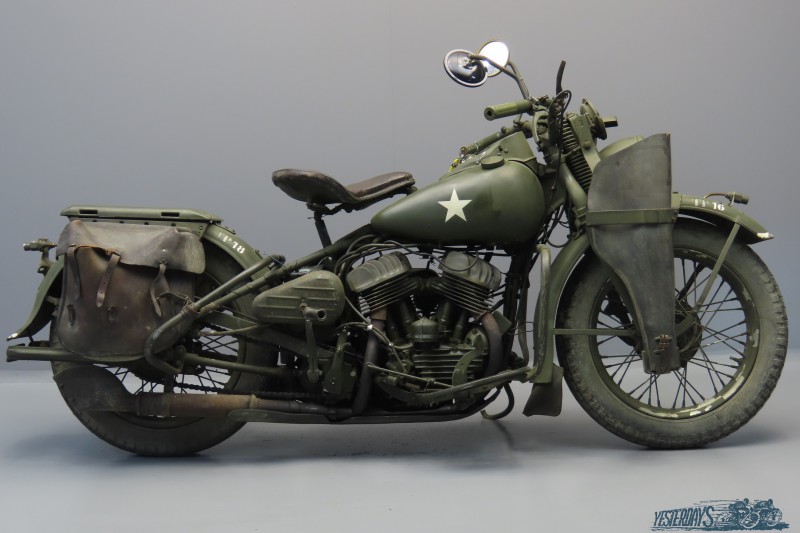 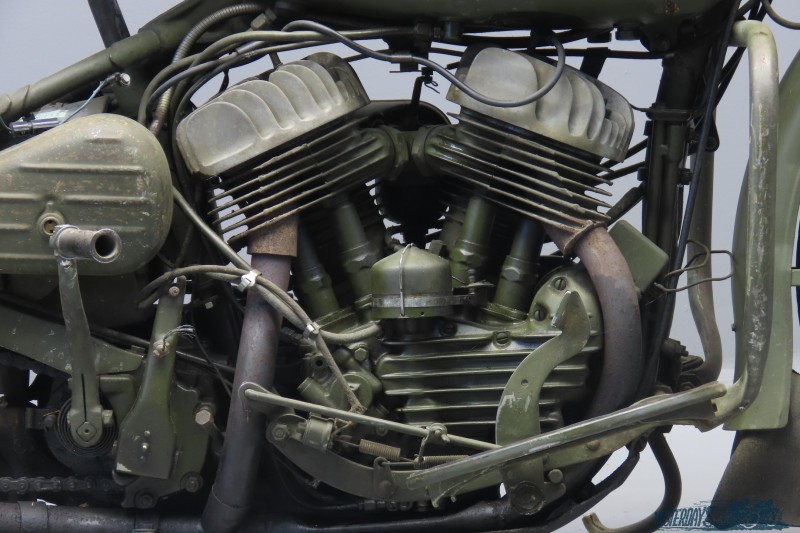 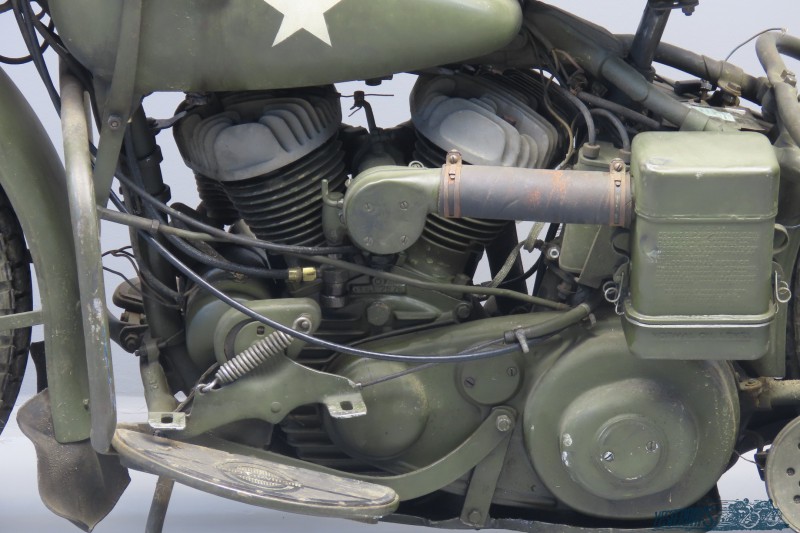 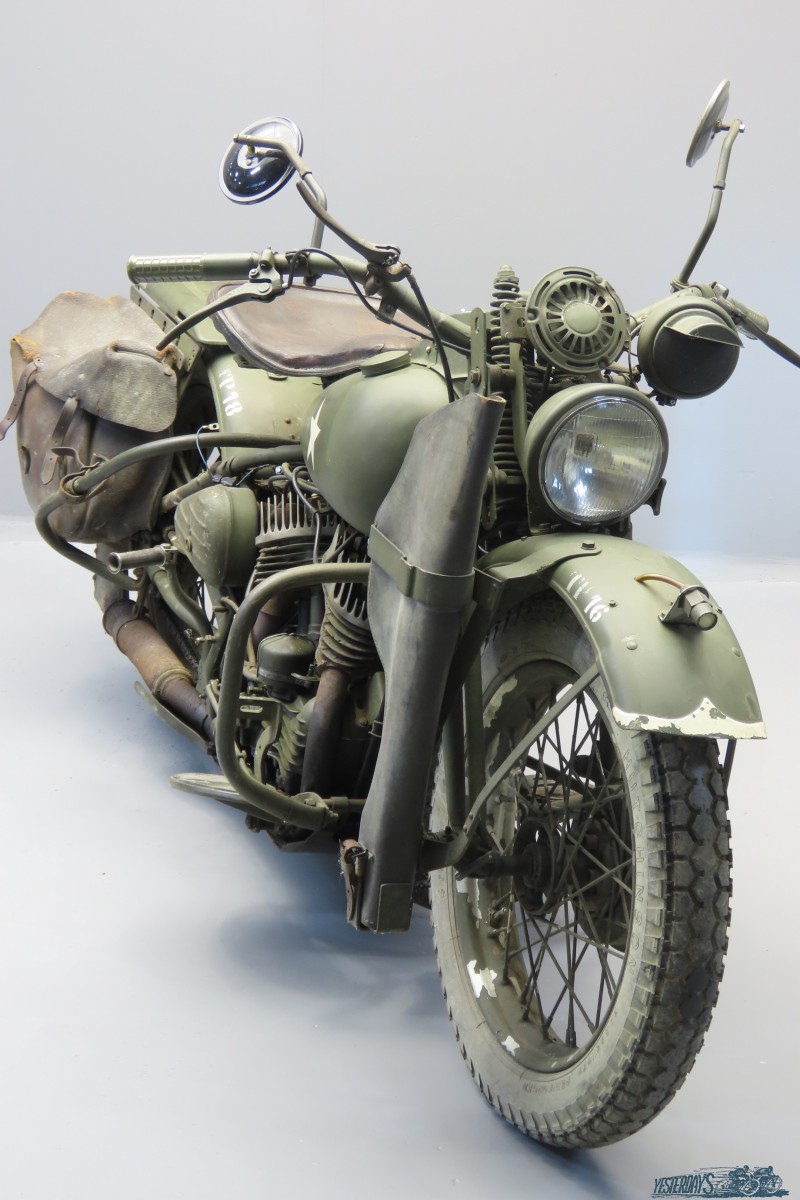 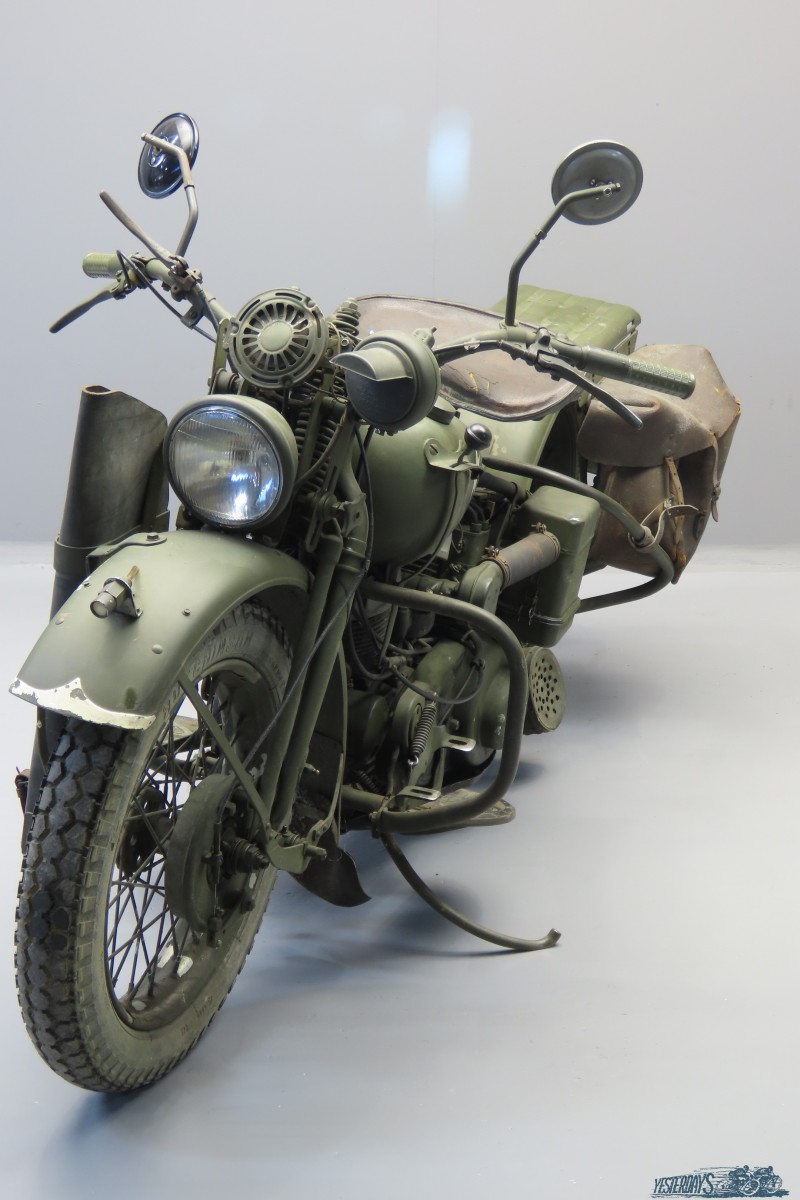 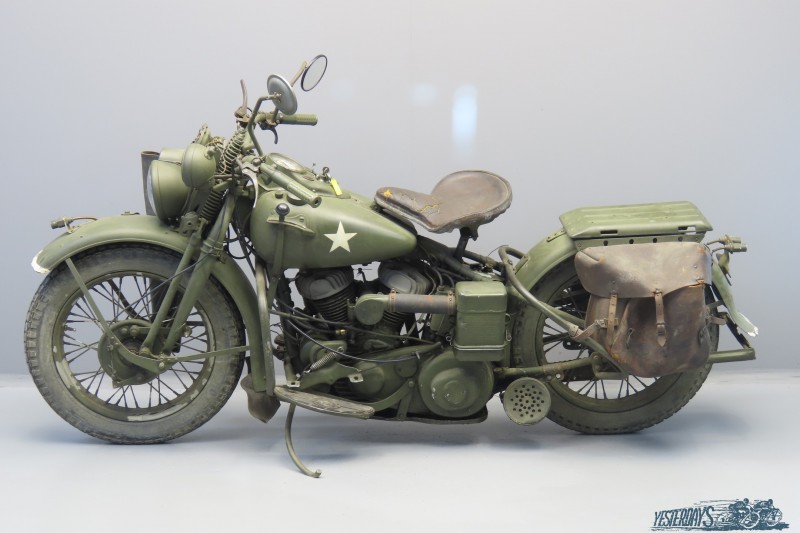 Harley-Davidson 1942 “WLA” 750cc side valve V-twin combination engine # 42WLA7576
The 750cc (45ci) side valve V-twin is introduced in 1929 as the Model D. The simple, reliable engine will remain in production for the next four decades, used in WL street bikes, WR race bikes, WLA military bikes and three-wheeled Servi-Cars, the latter being produced until 1973! The Harley-Davidson WLA becomes a U.S. standard during the war. Some 70,000 units are produced in that period, and probably enough spares are supplied to construct considerably more. The WLA serves the American forces and our Allied forces, while the Canadian issued WLC serves that country and England, France and South Africa. The Soviet Union receives about 30,000 WLA’s under the Lend-Lease Program. Military motorcycles are primarily painted in drab olive and lack most of the electroplating as those metals are more essential to the war effort than to making a machine pretty, so paint and Parkerizing replaces most of the bright work. Mudguards in field service motorcycles lack skirting to reduce clogging from vegetation and mud. Blackout lights are mounted front and rear and a stout carrier over the rear fender holds heavy equipment. An enclosed oil-air filter is usually fitted but these varied according to the specifications. However, the WLAs/WLCs aren’t meant to be combat machines like the BMW or Zündapp combinations are; The Allies forces use motorcycles for police and escort work, courier duties, and some scouting, as well as limited use to transport radio and radio suppression equipment. Still, the WLAs/WLCs acquire the nickname “Liberator”, since they are used by soldiers liberating occupied Europe. For detailed WLA and WLC information we recommend the website http://www.theliberator.be
This WLA, we are told by an expert, is in extraordinary original condition as to its specifications. The machine comes with well-used leather pannier bags and two rear-view mirrors. She has not been used for a considerable time, so a good check-over will be advisable.