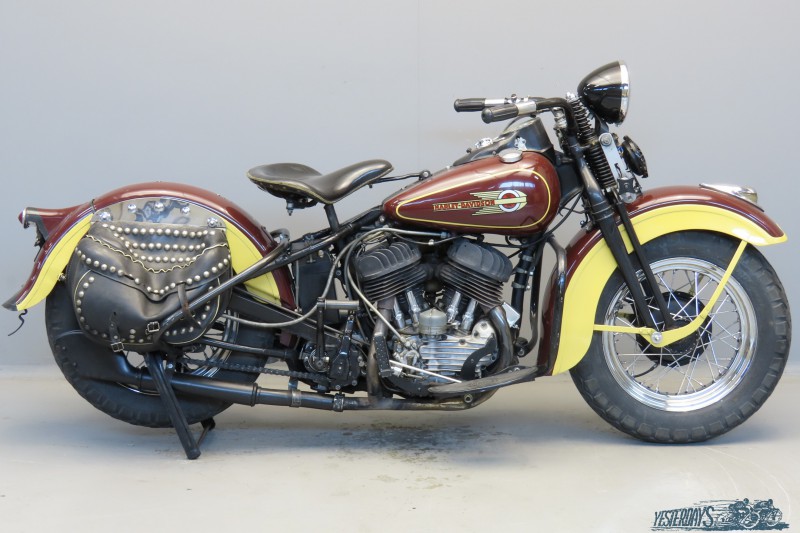 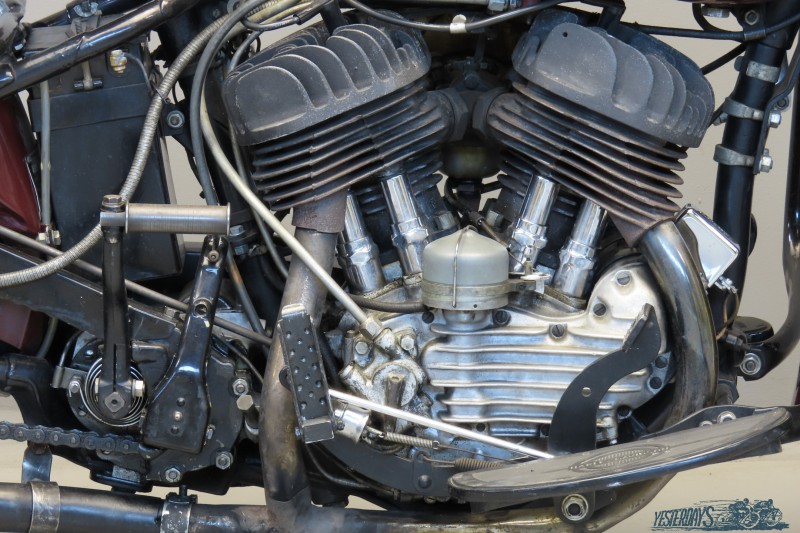 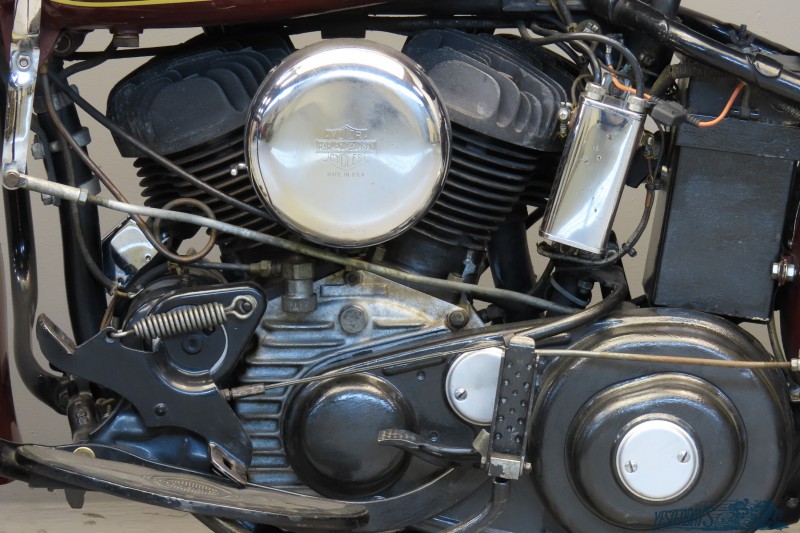 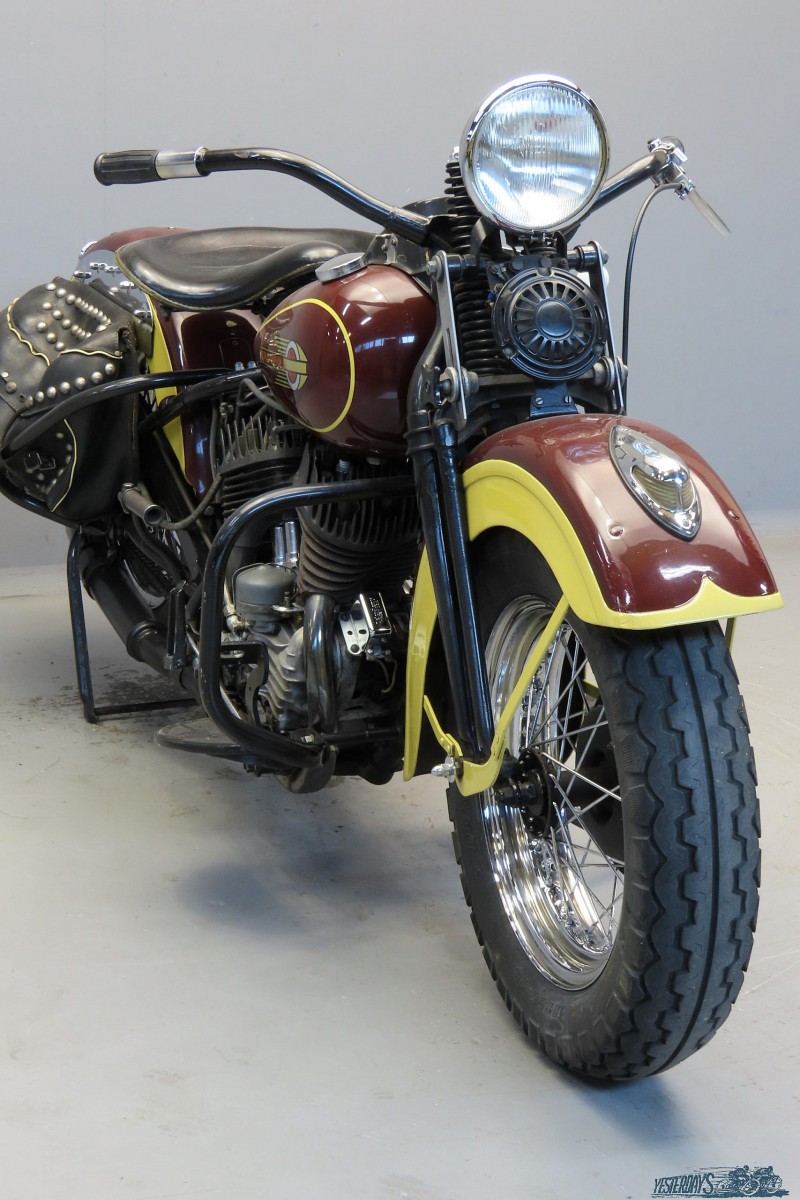 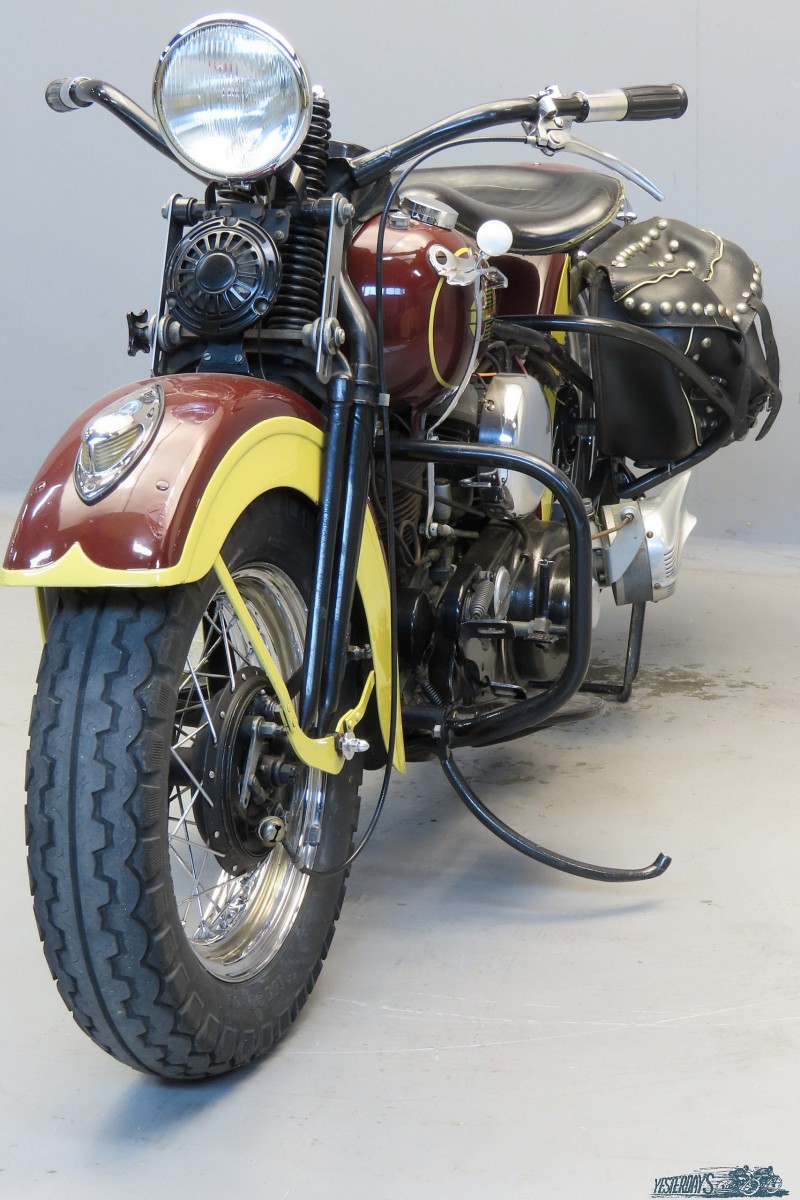 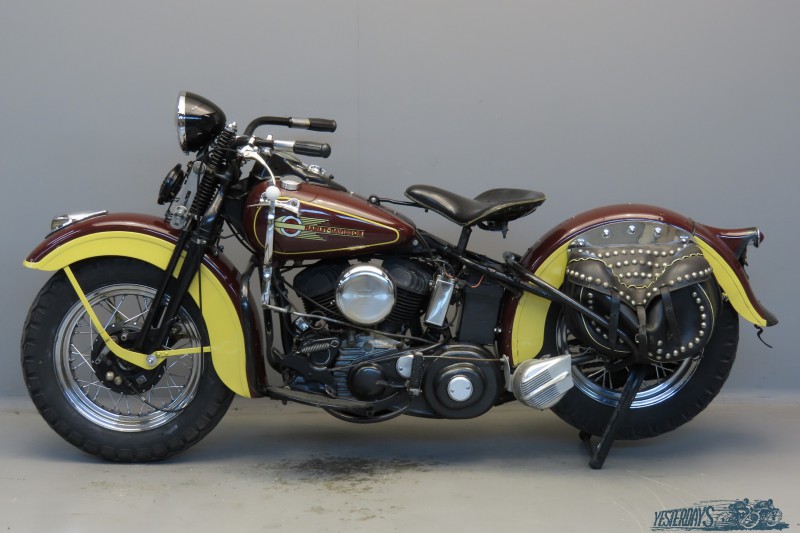 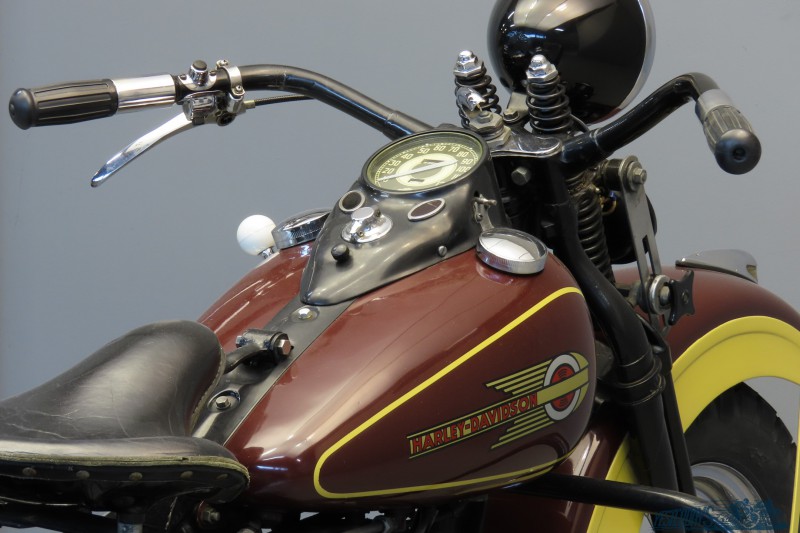 Harley-Davidson began producing the WLA in small numbers in 1940, as part of a general military expansion.
The later entry of the United States into World War II saw significantly increased production, with over 90,000 being produced during the war (along with spare parts the equivalent of many more).
Harley Davidson would also produce a close WLA variant for the Canadian Army, called the WLC. Moreover, the company would also supply smaller numbers to the UK, South Africa, and other allies, as well as filling orders for different models from the Navy and Marine Corps. Interesting detailed information about the WLA and WLC can be found on the website http://www.theliberator.be
Most WLAs/WLCs in western hands after the war would be sold as surplus and “civilianized”; the many motorcycles available at very low cost would lead to the rise of the chopper and other modified motorcycle styles, as well as the surrounding biker culture.
The engine develops around 24HP and the transmission is a hand-change 3-speed and foot operated clutch.
This civilianised 43 WL has been in single ownership for the last 40 years.
She was restored a number of years ago and has been carefully maintained.
She’s road-registered and an excellent runner and comes with studded leather pannier bags and foot-operated siren.