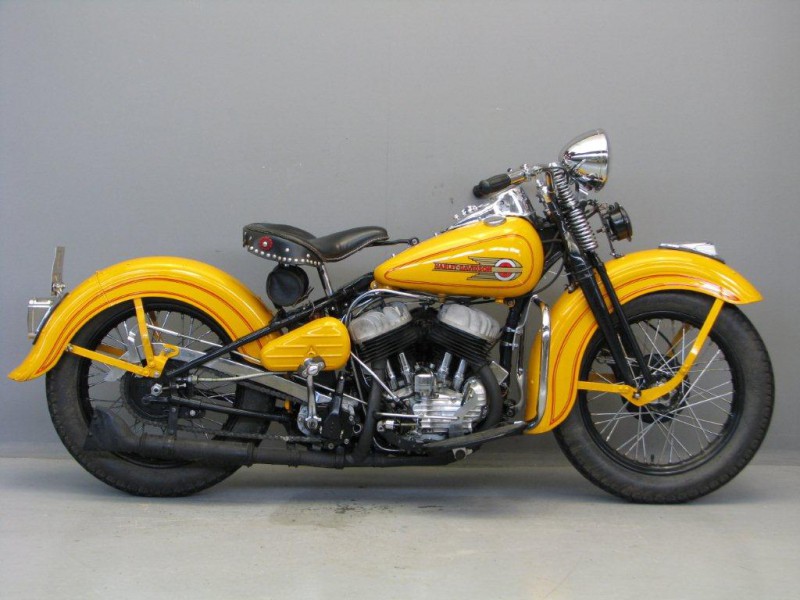 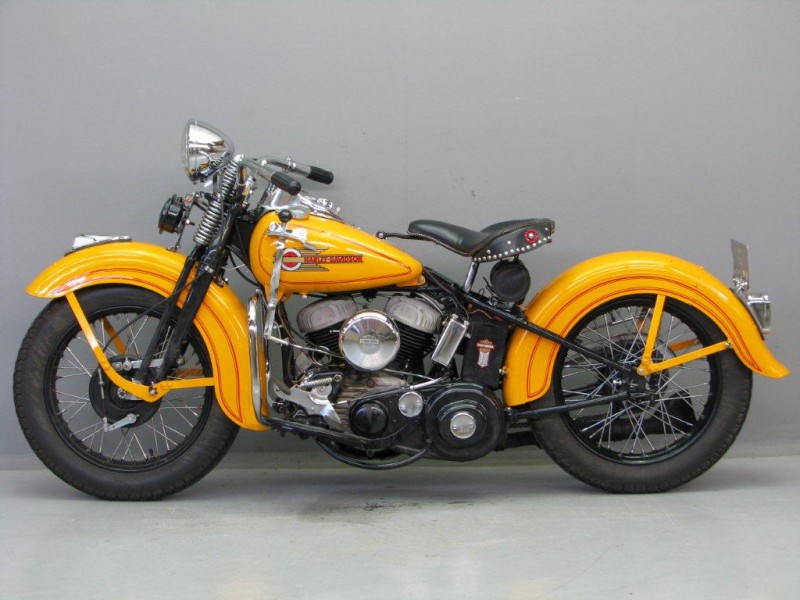 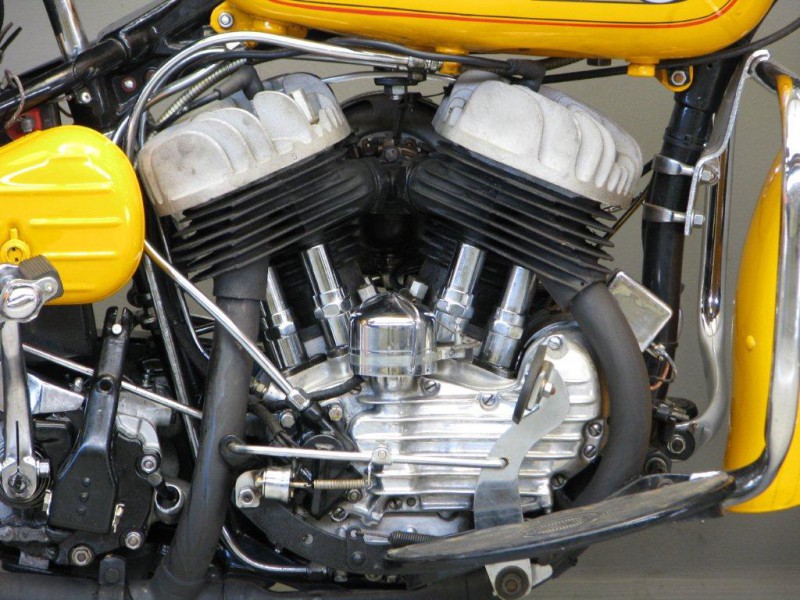 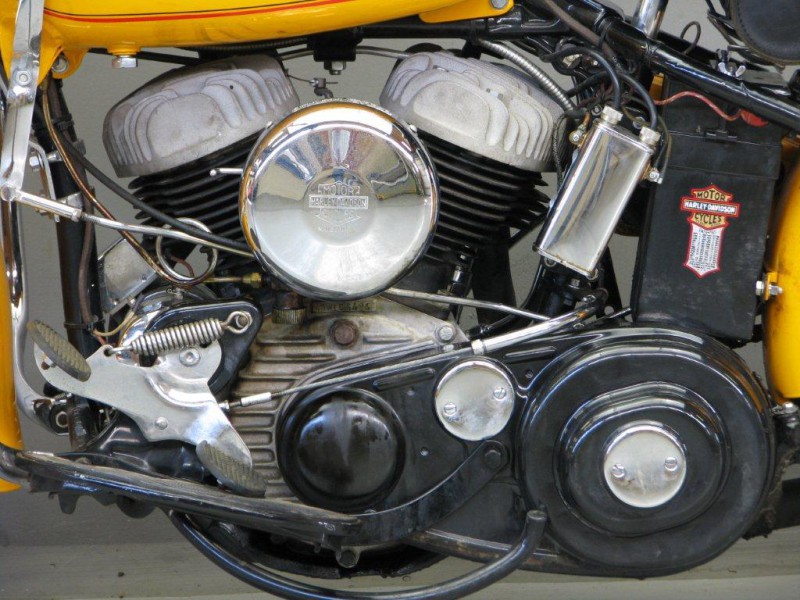 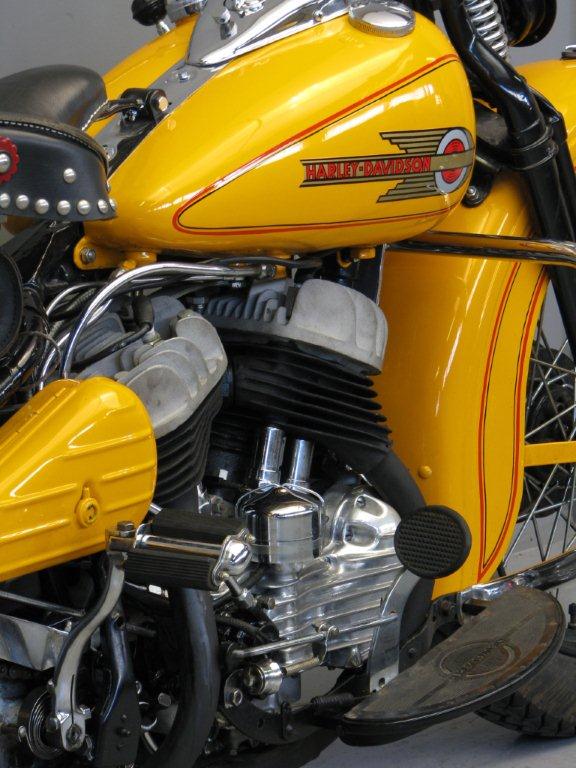 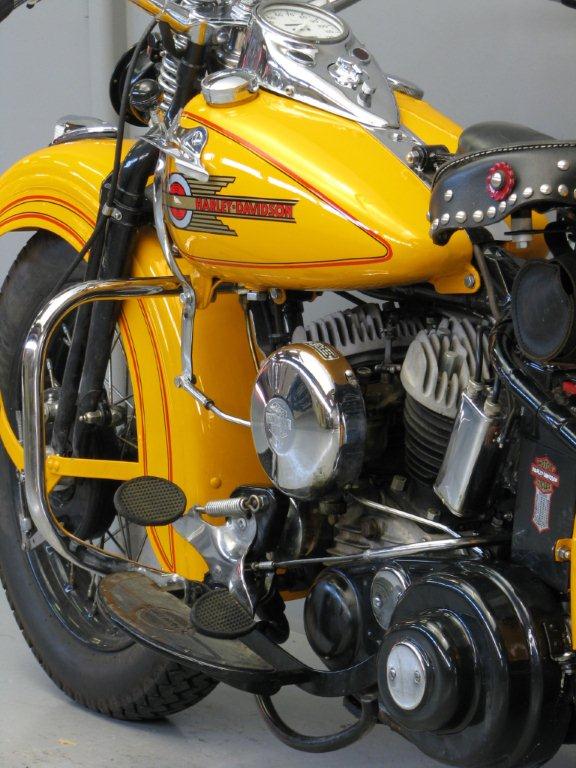 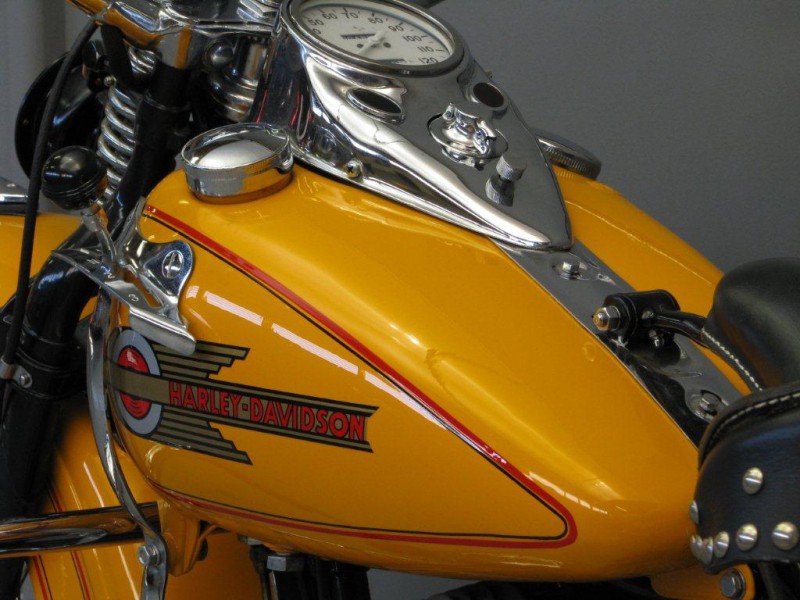 Harley-Davidson’s first flathead V-twin appeared in 1929 as the Model D. Its 45-cubic-inch engine was smaller than the company’s existing 61- and 74-cubic-inch F-head V-twins, which then became known as "Big Twins."
The latter switched to a flathead design the following year, but those larger engines were neither as reliable nor as long-lived as the understressed "Forty-five."
Though the Forty-five was no powerhouse, it proved to be a versatile engine that remained in production for more than four decades.
During that time it served duty not only in street motorcycles, but also in three-wheeled Servi-Cars (1933-1973), military WLAs/WLCs of the 1940s, and WR racing bikes of the 1940s and 1950s.
It’s no coincidence that the history of Milwaukee-based Harley-Davidson, founded in 1903, parallels that of the 20th Century, the American Century.
Racers and cops, soldiers and stars, lawyers and loners, all seem to have found themselves on a Harley.
Harley-Davidson began producing the WLA in small numbers in 1940, as part of a general military expansion.
The later entry of the United States into World War II saw significantly increased production, with over 90,000 being produced during the war (along with spare parts the equivalent of many more).
Harley Davidson would also produce a close WLA variant for the Canadian Army called the WLC and would also supply smaller numbers to the UK, South Africa, and other allies, as well as filling orders for different models from the Navy and Marine Corps.
Many WLAs would be shipped to allies under the Lend-Lease program. The largest recipient was the Soviet Union, which was sold over 30,000 WLAs.
Production of the WLA/WLC would cease after the war, but would be revived for the Korean War during the years 1949 to 1952.
Most WLAs/WLCs in western hands after the war would be sold as surplus and "civilianized"; the many motorcycles available at very low cost would lead to the rise of the chopper and other modified motorcycle styles,as well as the surrounding biker culture.
Many a young soldier would come home hoping to get a Harley-Davidson like he saw or rode in the service, leading to the post-war popularity of both the motorcycle and the company in general.
The US Army would use motorcycles for police and escort work, courier duties, and some scouting, as well as limited use to transport radio and radio suppression equipment.
Allied motorcycles were almost never used as combat vehicles or for troop mobility, and so were rarely equipped with sidecars as was common on the German side. Nevertheless, the WLA/WLC acquired the nickname "Liberator", since it was seen ridden by soldiers liberating occupied Europe.
Description:
The engine of the WLA/WLC is a 45 cubic-inch or 750cc side-valve design, which is reliable though not particularly efficient in comparison to overhead-valve designs. Harley Davidson already had overhead valve engines in production for its Big Twin lines,but the "small twin" flathead design was popular in applications needing reliability more than power.
The engine develops around 24HP and the transmission is a hand-change 3-speed and foot operated clutch.
This engine remained in production from 1937 to 1973 in the Servi-Car, although it was superseded in two-wheeled motorcycles by the more advanced flathead engine used in the Model K (the ancestor of the OHV Sportster) in 1952.
Though the model designation suggested high compression, for reliability, the Army version actually used a medium-compression version. In modern terms, the WLA’s compression ratio of 5:1 is very low.
Due to this low compression, a WLC will run on 74 octane gasoline, necessary due to the poor quality of refining at the time,although fuel technology would improve rapidly during the war.
The WLC also features springer front suspension. Harley-Davidson would not adopt telescopic front forks until after the war.
The rear wheel had no suspension, giving this type of motorcycle the nickname "hard tail".
This 43WLC 45 cubic inch, 750cc is civilianized and features a vivid bright orange-yellow paint scheme with very smart matching pinstriping and the whole is a reliable and nice restoration.