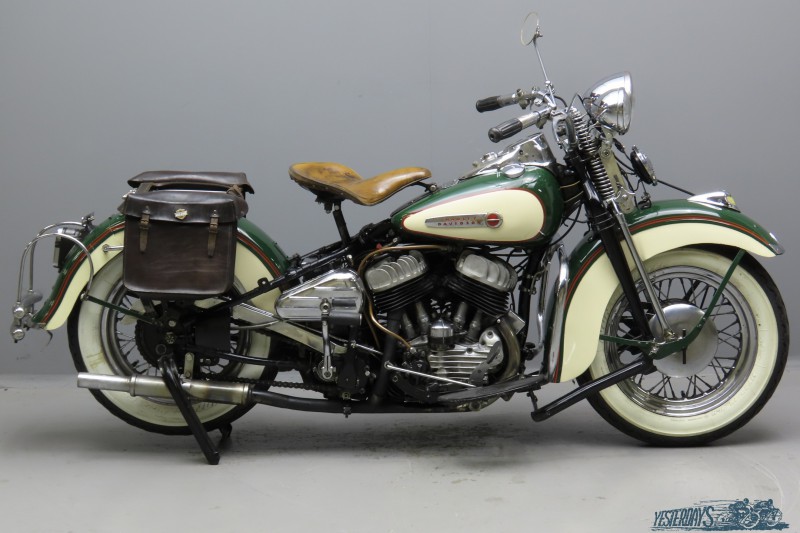 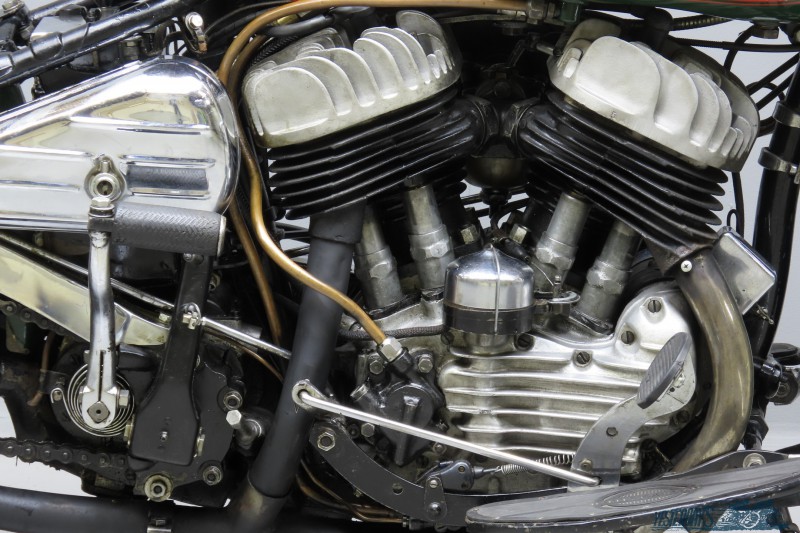 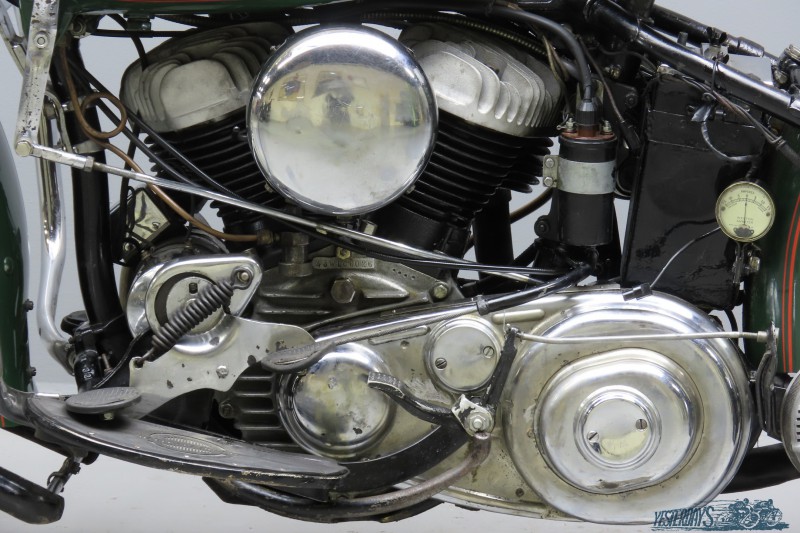 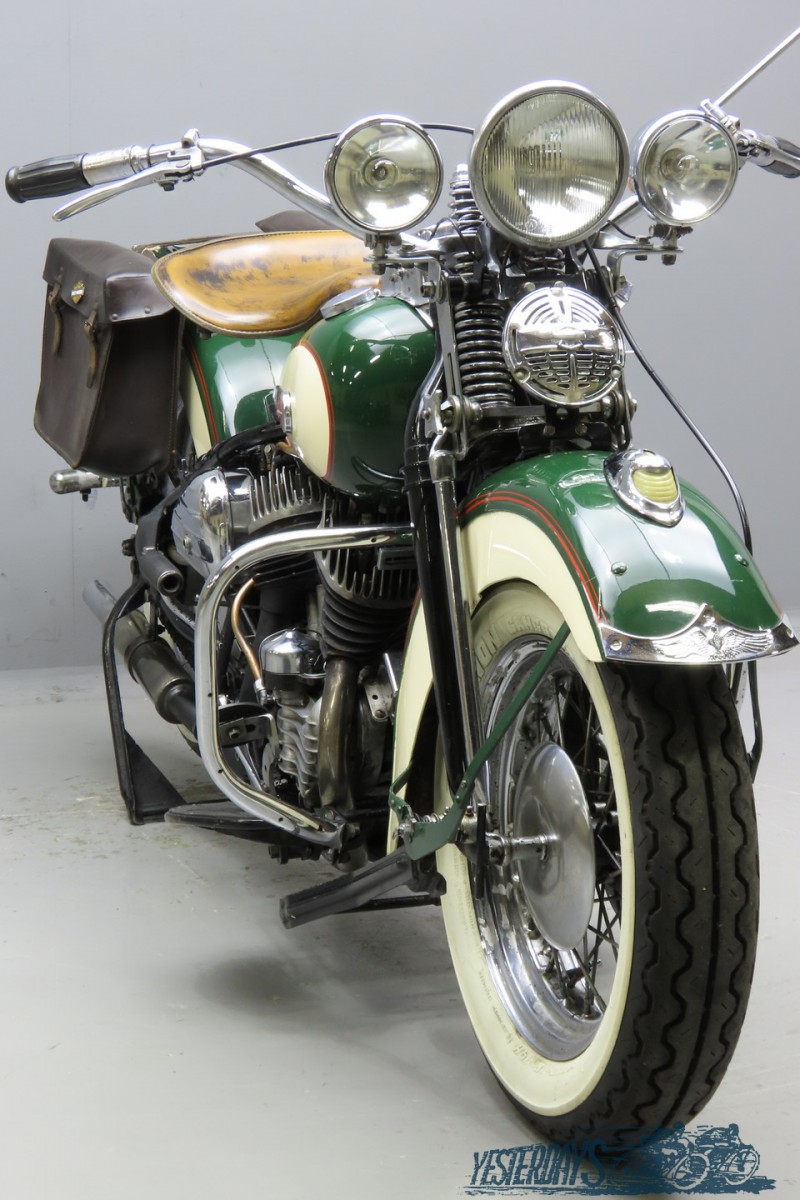 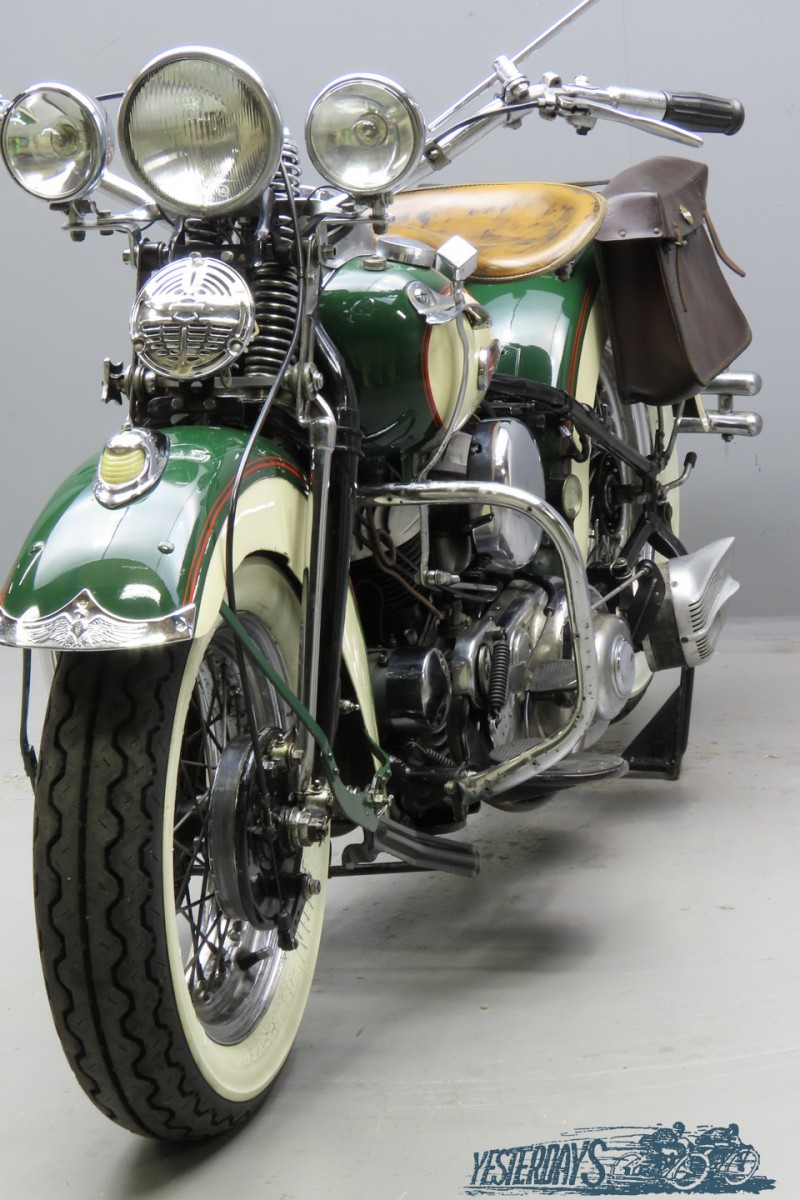 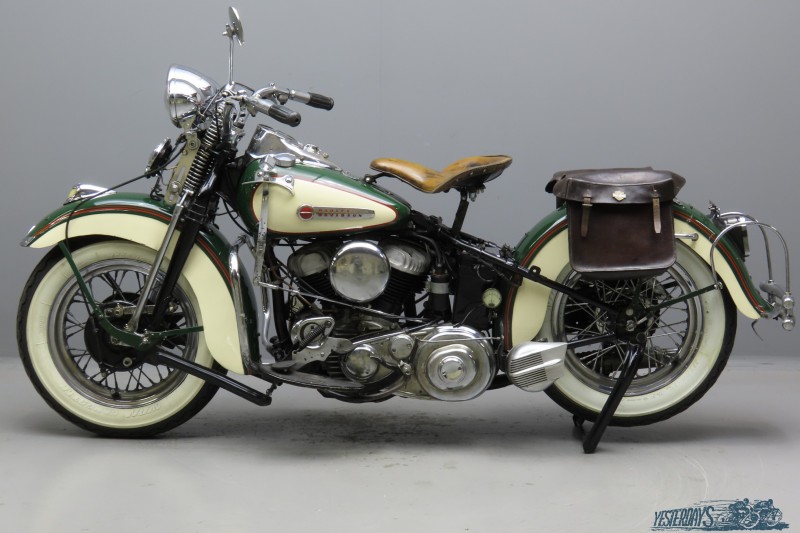 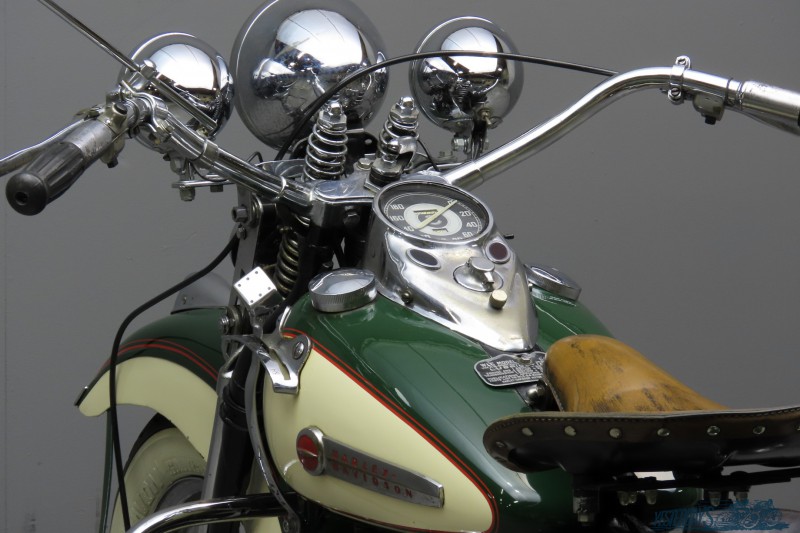 Harley-Davidson began producing the WLA in small numbers in 1940, as part of a general military expansion.
The later entry of the United States into World War II saw significantly increased production, with over 90,000 being produced during the war (along with spare parts the equivalent of many more).
Harley Davidson would also produce a close WLA variant for the Canadian Army, called the WLC. Moreover, the company would also supply smaller numbers to the UK, South Africa, and other allies, as well as filling orders for different models from the Navy and Marine Corps.
Many WLAs would be shipped to allies under the Lend-Lease program. The largest recipient was the Soviet Union, which was sold over 30,000 WLAs. Production of the WLA/WLC would cease after the war, but would be revived for the Korean War during the years 1949 to 1952.
Most WLAs/WLCs in western hands after the war would be sold as surplus and “civilianized”; the many motorcycles available at very low cost would lead to the rise of the chopper and other modified motorcycle styles, as well as the surrounding biker culture.The US Army would use motorcycles for police and escort work, courier duties, and some scouting, as well as limited use to transport radio and radio suppression equipment.
Allied motorcycles were almost never used as combat vehicles or for troop mobility, and so were rarely equipped with sidecars as was common on the German side.
Still, the WLA/WLC acquired the nickname “Liberator”, since it was seen ridden by soldiers liberating occupied Europe.
The engine of the WLA/WLC is a 45 cubic-inch or 750cc side-valve design, which is reliable though not particularly efficient in comparison to overhead-valve designs.
Harley Davidson already had overhead valve engines in production for its Big Twin lines ,but the “small twin” flathead design was popular in applications needing reliability more than power.
The engine develops around 24HP and the transmission is a hand-change 3-speed and foot operated clutch.
This 43 WLC is a civilianized, reliable and well-presented motorcycle.
She has an attractive two-tone finish and comes with leather pannier bags, side lights, rear view mirror, whitewall tyres and heel-operated siren.