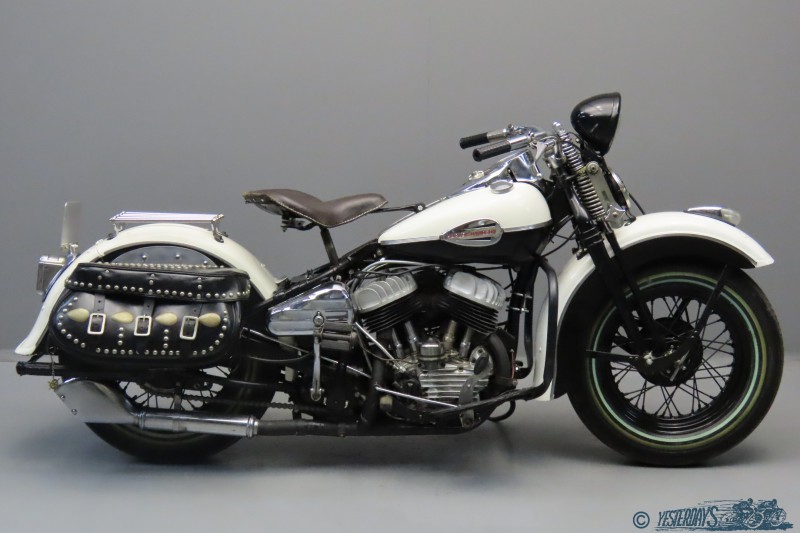 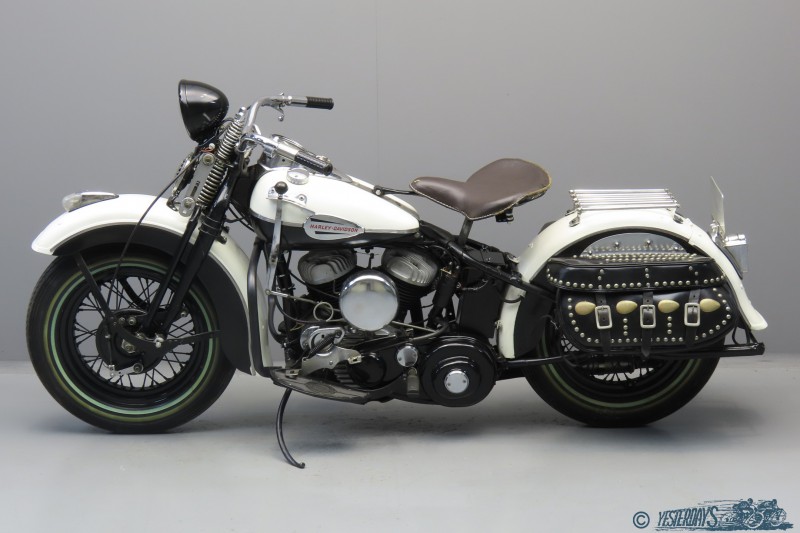 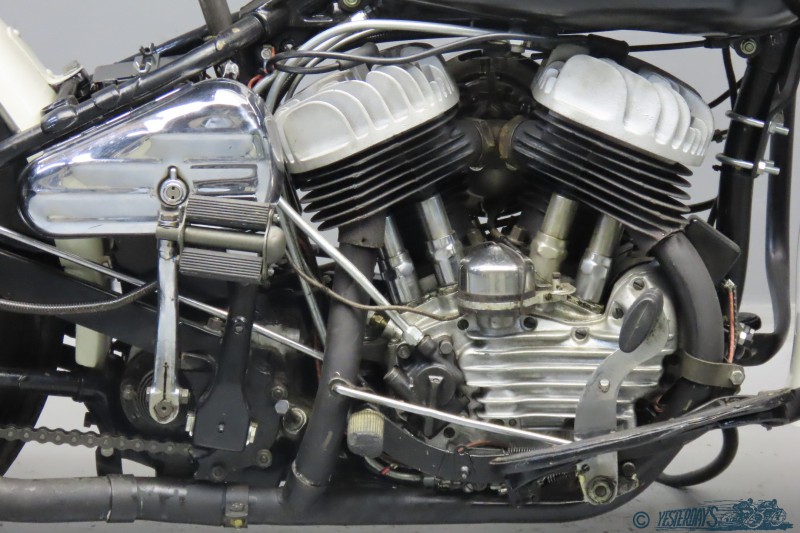 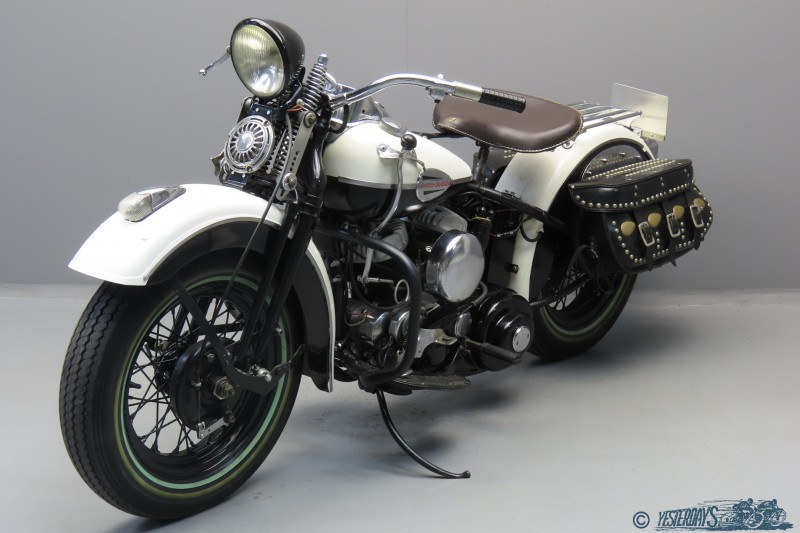 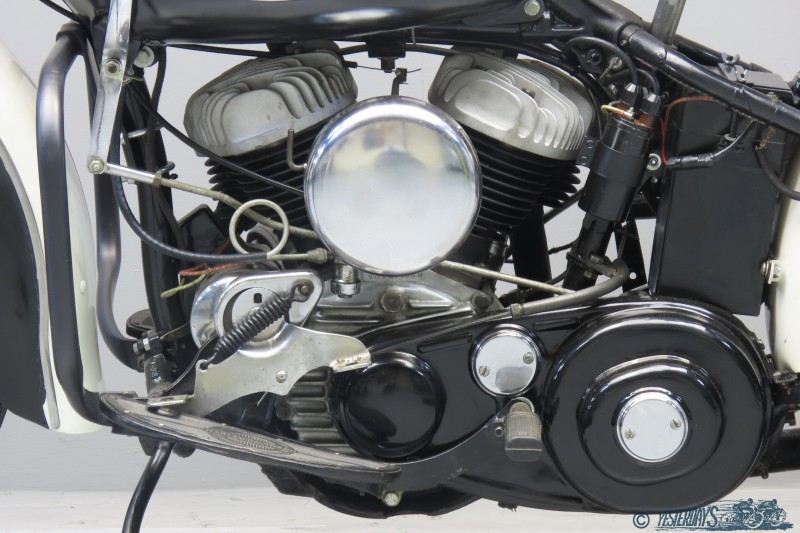 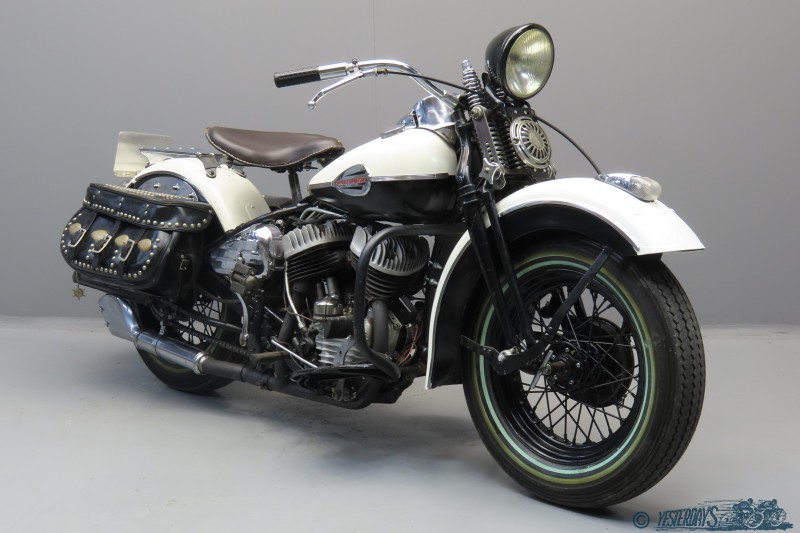 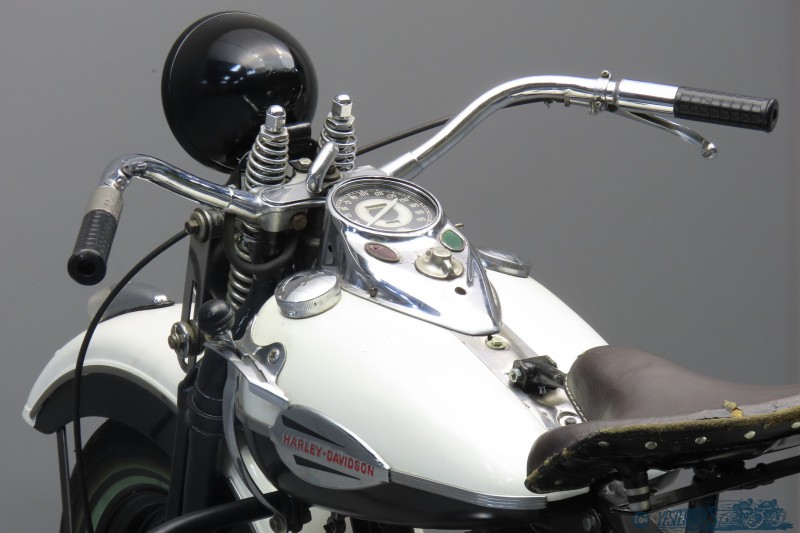 Harley-Davidson 1943 WLC 750cc side valve V-twin frame # 377529 engine # 43WLC4069
WLCs were made from late 1941 through 1944 and were known as the Model 42WLC and Model 43WLC. The 43WLC was made in a ‘Domestic’ model for use in Canada and an ‘Export’ version for use overseas. The WLC Model, although very similar to the US Army WLA, differs in many details from its American counterpart. To name a few: front and rear wheels are interchangeable, front brake drum is the ‘Big Twin’ style, lighting equipment is quite different, throttle is on the left handlebar with ignition timing on the right and oil and petrol lines are made of rubber. An auxiliary clutch hand lever is provided on the handlebars, later 43WLCs have green plastic handlebar grips, a ride-control is provided on the front fork with an extra stand on the front wheel, the rear stand has additional ‘Sand Pads’, etc.. Finally, WLCs were not equipped with a submachinegun bracket and ammo box at the factory. More useful information on the WLC can be found on the website www.liberator.be
Most WLAs/WLCs in western hands would after the war be sold as surplus and “civilianized”; the many motorcycles available at very low cost would lead to the rise of the chopper and other modified motorcycle styles, as well as the surrounding biker culture.
This former war machine has been given a new lease of life as a proud black and white civilian HD 750. Notice the attractive and fresh colour combination and the attention to detail that makes this a well-fettled Harley. She has a current Dutch registration and comes with impressive studded leather bags. The speedometer reading goes to a promising but rather optimistic 195KM!