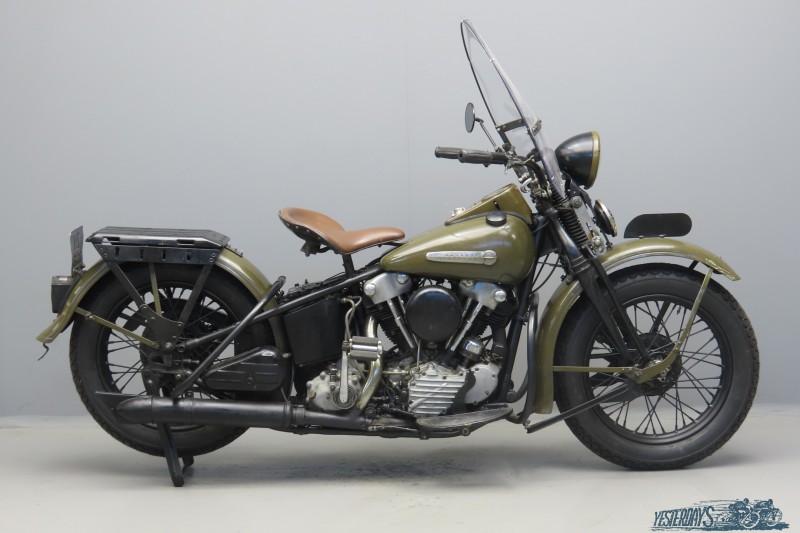 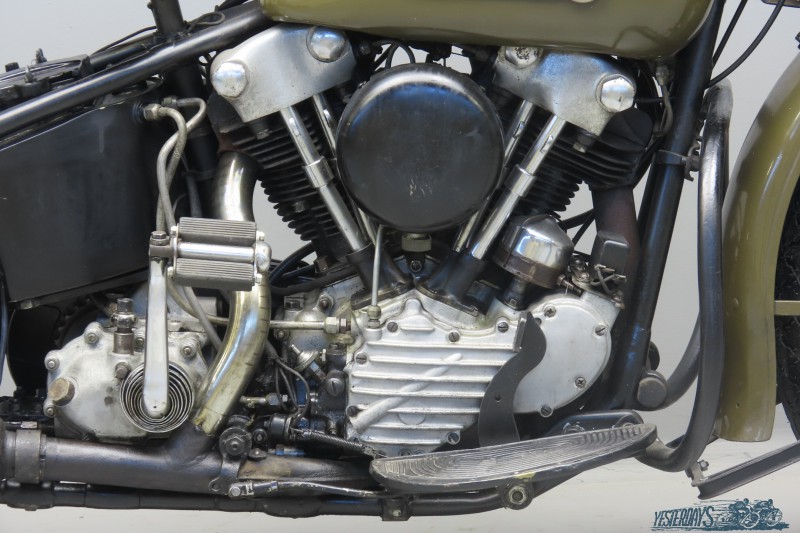 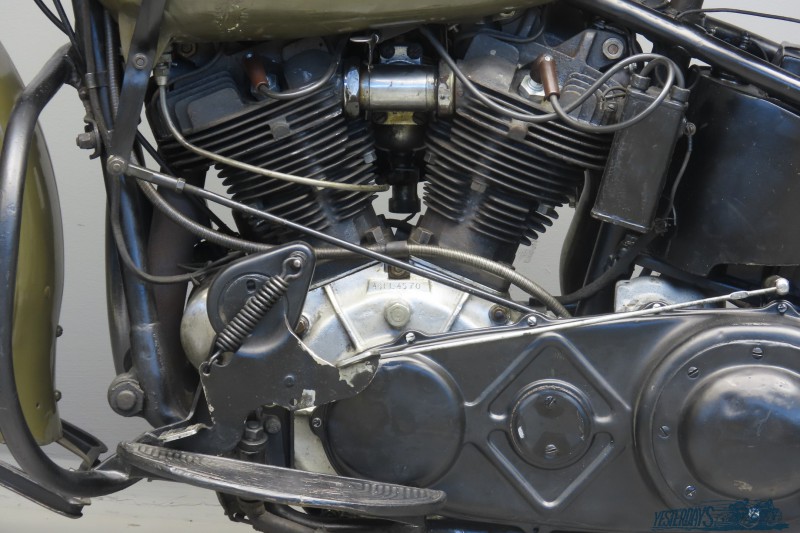 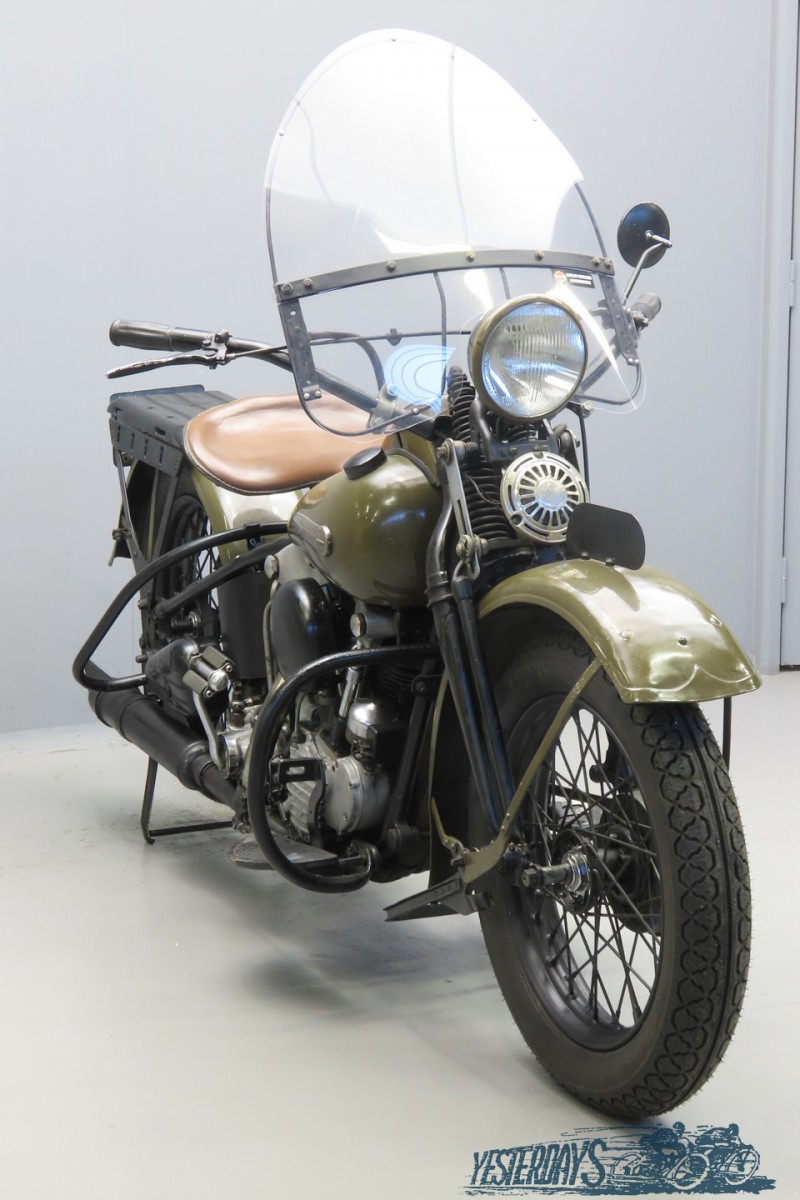 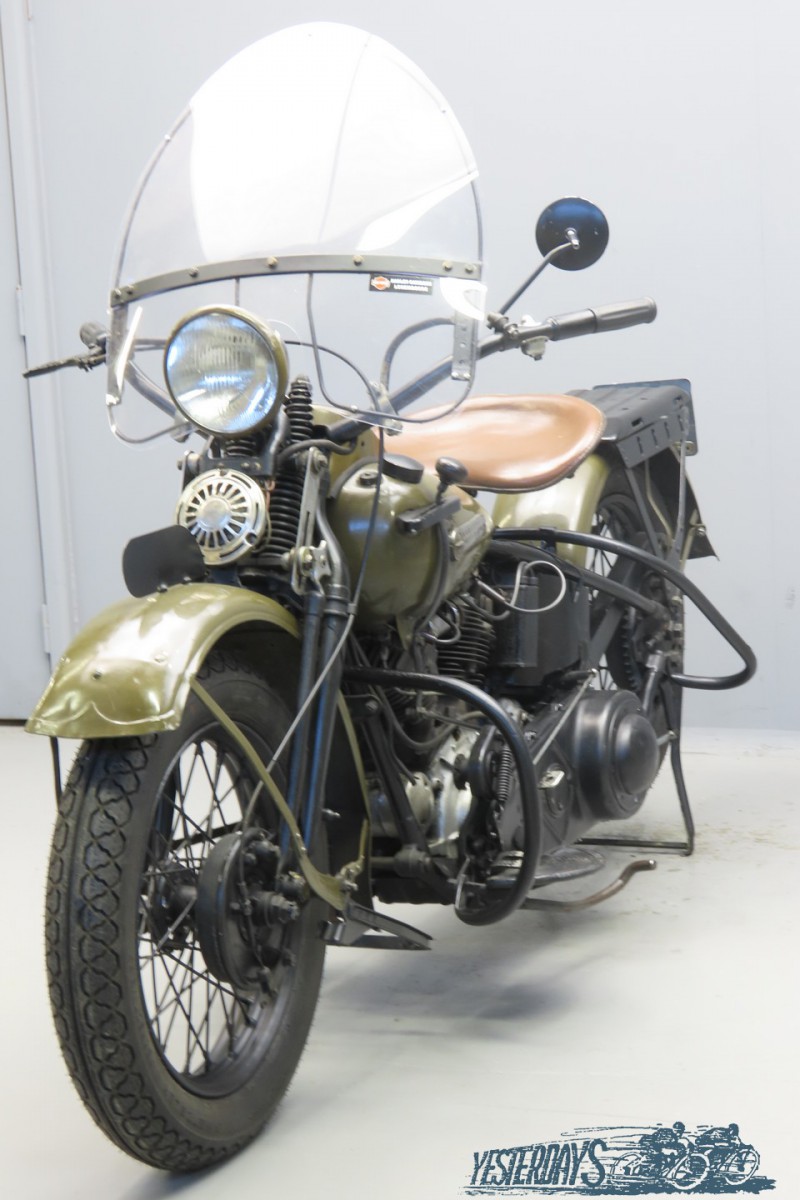 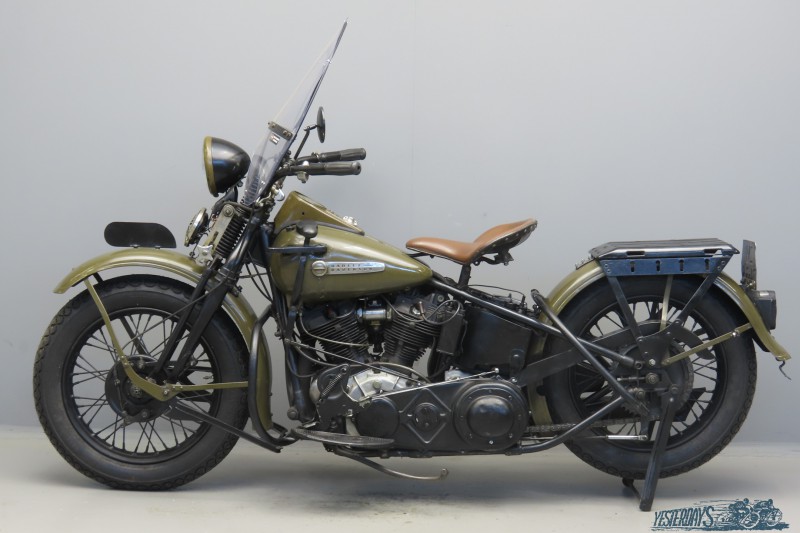 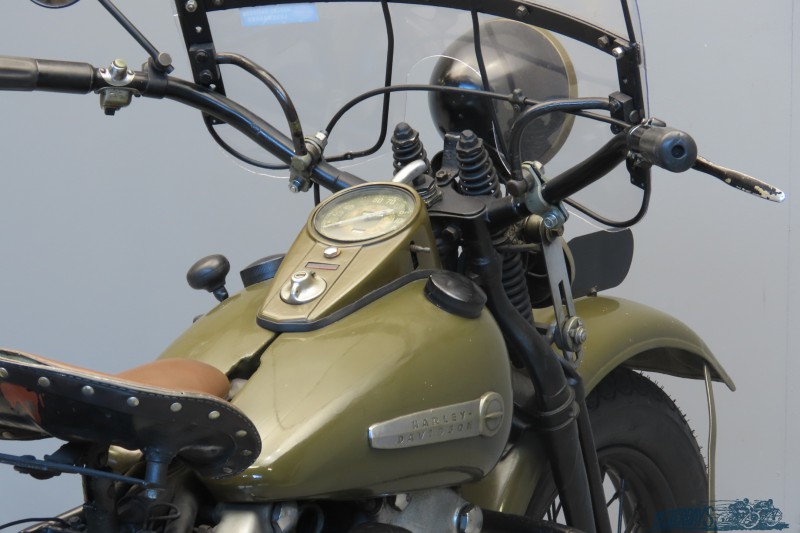 During the Depression years of the early Thirties Harley started the development of a new line of motorcycles, an up-to-date OHV model with sophisticated dry-sump recirculation lubrication system and a constant mesh four-speed gearbox.
The frame was different of that of any other Harley: a duplex loop with twin down tubes.
The new model was well-designed but hastily launched on to the market; it took the company several years to sort the resulting teething troubles.
The first Model E “Knuckleheads” -named after the shape of the polished aluminum rocker shaft covers- were brought out with 989cc engines in 1936.
In April 1937, Fred Ham, a Pasadena motorcycle police officer took his own, carefully-broken-in Model E to Muroc Dry Lake (now known as Edwards Air Force Base).
He outlined a five-mile circle with flags and flare-pots for round-the-clock riding.
Stopping only for fuel, oil, fruit juice, and to change a broken rear chain in the 20th hour, Ham completed 1,825 miles, averaging 76.02mph.
He set 43 new speed and distance records for himself and Harley-Davidson’s Model E, single-handedly founding the legend of the Knuckleheads.
Year by year the Knuckle was developed further and in 1941 the Model F came out with 1207 cc engine.
The FL was the high-compression version, good for 48hp @ 5000rpm with a compression ratio of 7.0 : 1, good for a top speed of 150 km.
New for 1946 was that the steering head angle of the frame was revised to 30 degrees for improved straight-line stability.
1947 would be the last year of the Knuckle: a modernised engine with aluminium-alloy cylinder heads and hydraulic tappets was being developed and that required a new frame too.
This impressive and reliable Knuckle covered more than 80,000 happy kilometres through many European countries in 25 years of ownership.
She comes with new tyres, windshield, front and rear crash bars and luggage carrier.
This well-cared for Knuckle shows the miles she’s done and has developed an appealing patina.