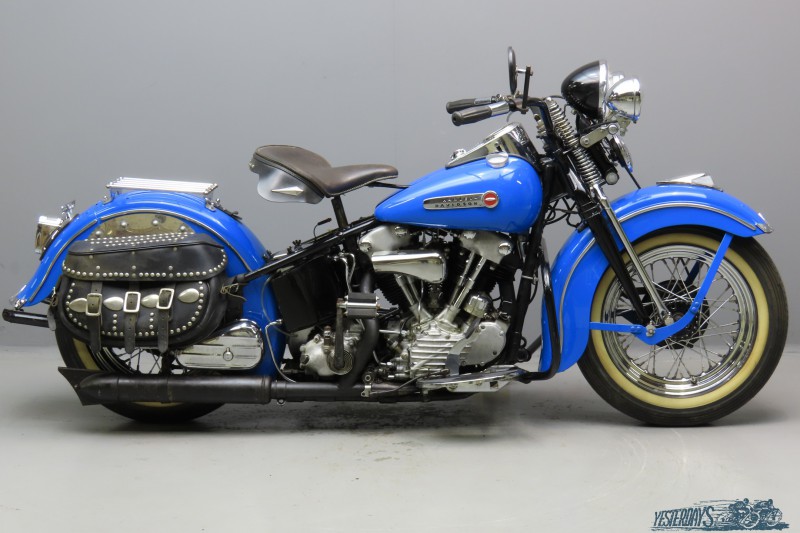 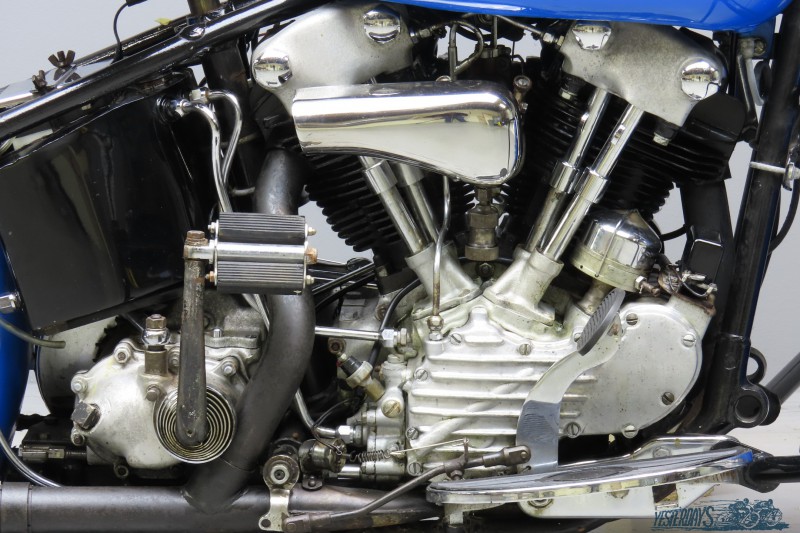 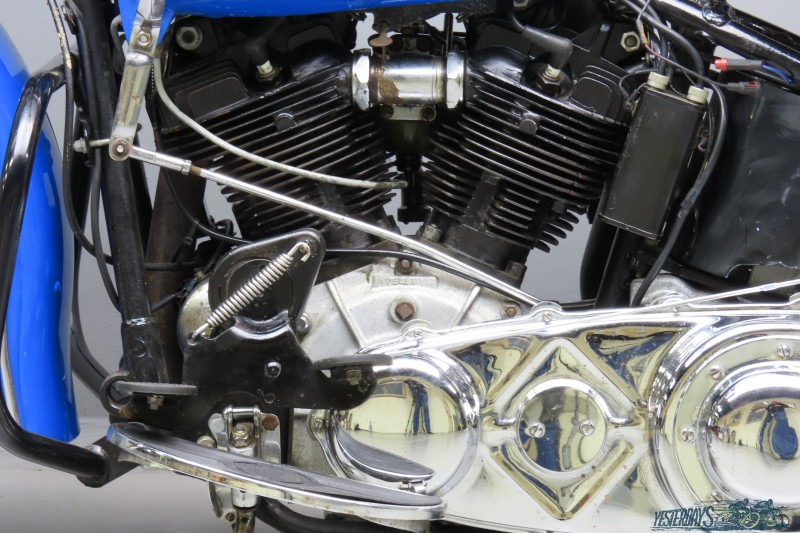 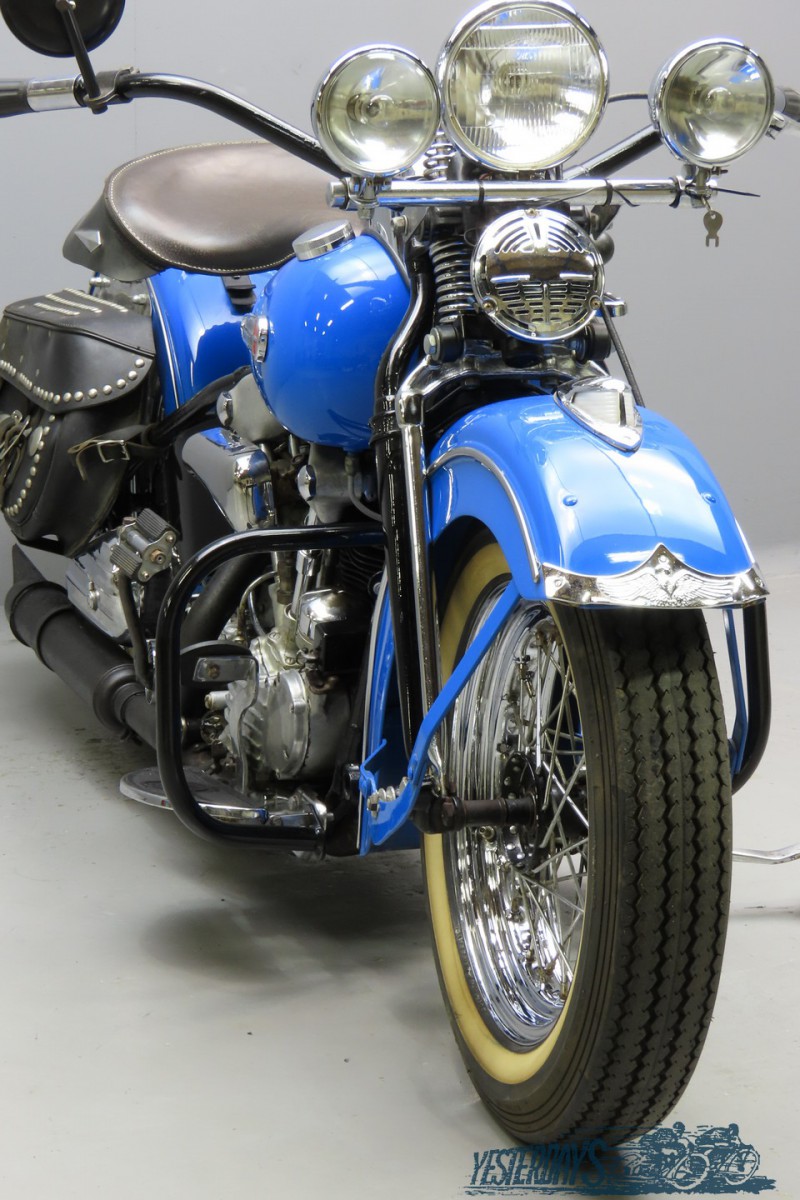 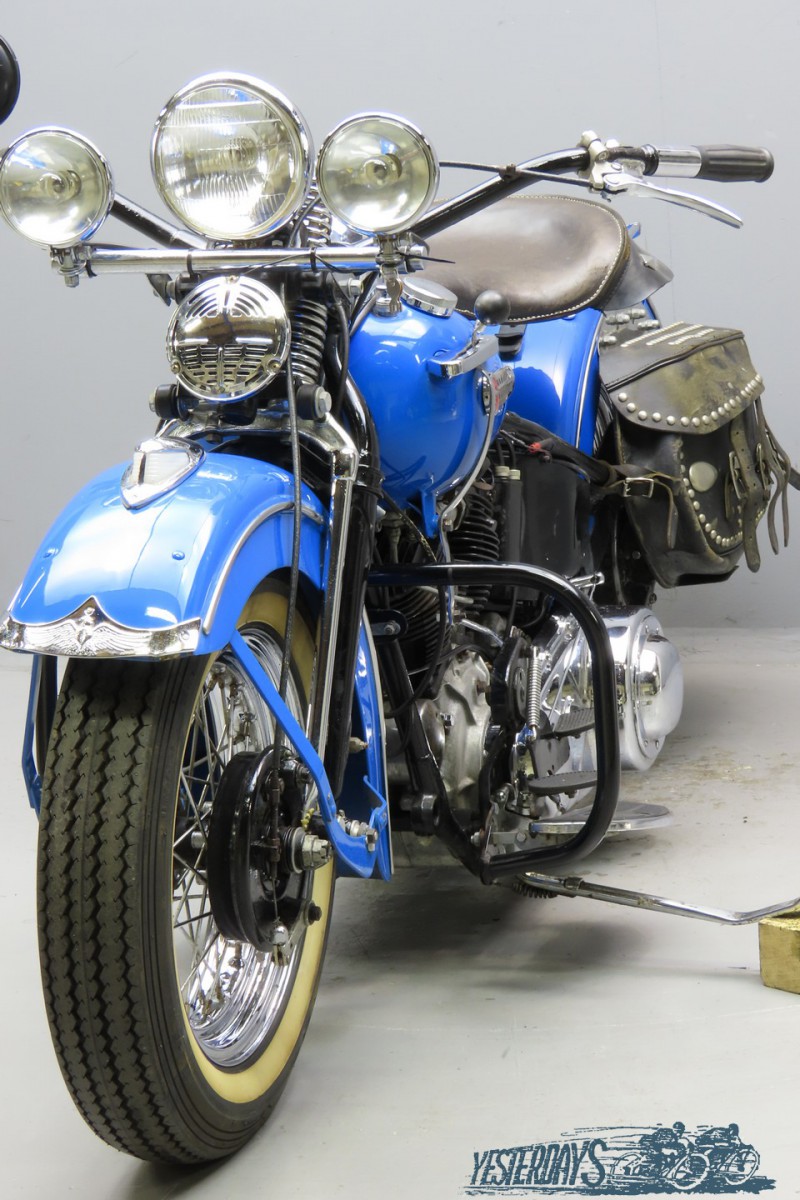 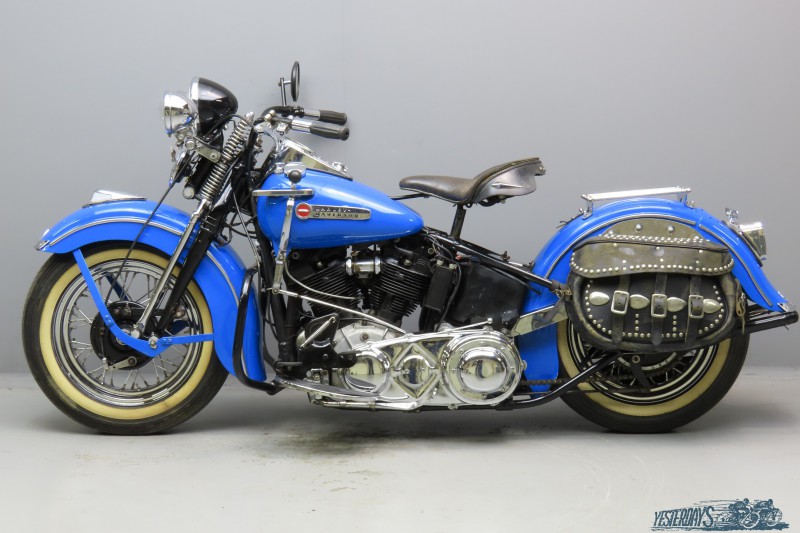 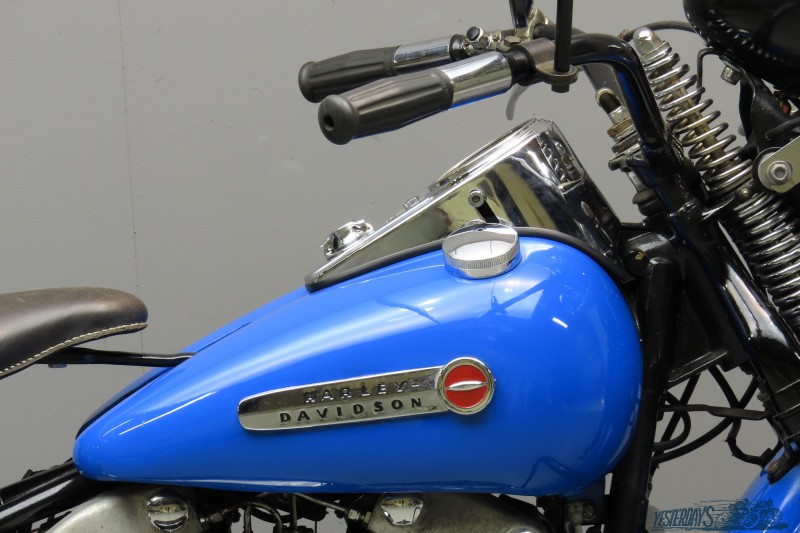 During the Depression years of the early Thirties Harley started the development of a new line of motorcycles, an up-to-date OHV model with sophisticated dry-sump recirculation lubrication system and a constant mesh four-speed gearbox.
The frame was different of that of any other Harley: a duplex loop with twin down tubes.
The new model was well-designed but hastily launched on to the market; it took the company several years to sort the resulting teething troubles.
The first Model E “Knuckleheads” -named after the shape of the polished aluminum rocker shaft covers- were brought out with 989cc engines in 1936.
In April 1937, Fred Ham, a Pasadena motorcycle police officer took his own, carefully-broken-in Model E to Muroc Dry Lake (now known as Edwards Air Force Base).
He outlined a five-mile circle with flags and flare-pots for round-the-clock riding.
Stopping only for fuel, oil, fruit juice, and to change a broken rear chain in the 20th hour, Ham completed 1,825 miles, averaging 76.02mph.
He set 43 new speed and distance records for himself and Harley-Davidson’s Model E, single-handedly founding the legend of the Knuckleheads.
Year by year the Knuckle was developed further and from 1942 on the 1207cc Model F was available next to the E.
The EL was the high-compression version with an output of 46hp@4800rpm and a compression ratio of 7.0:1, good for a top speed of 140km.
This Knuckle has the Skyway Blue colour scheme; other options were Brilliant Black, Flight Red an Police Silver for the US market. Export models were finished in Olive Green.
There were no big changes for the 1947 model year.
Some minor modifications were new handlebar grips, “Tombstone” tail lamp, red Speed Ball tank badges and the new speedometer that all Harleys got, with red needle and enlarged numbers on the speedometer dial.
This Skyway Blue example from the final year of production of the legendary Knucklehead has been restored a number of years ago.
It features a Ride Control springer front fork, front crash bars and a bar with auxiliary riding lights.
Out back a luggage rack and studded saddle bags on either side complete the look.