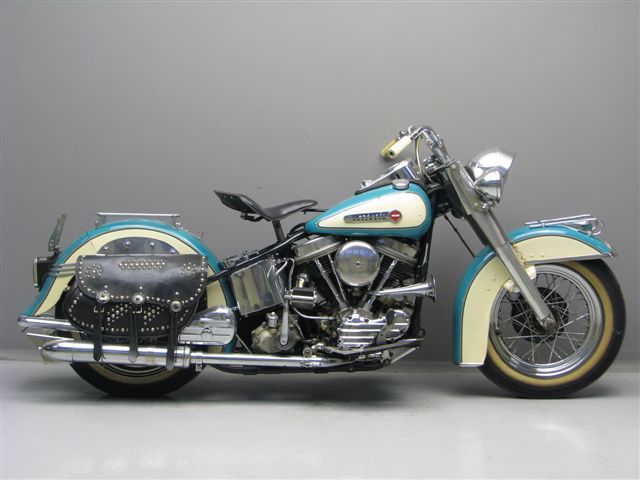 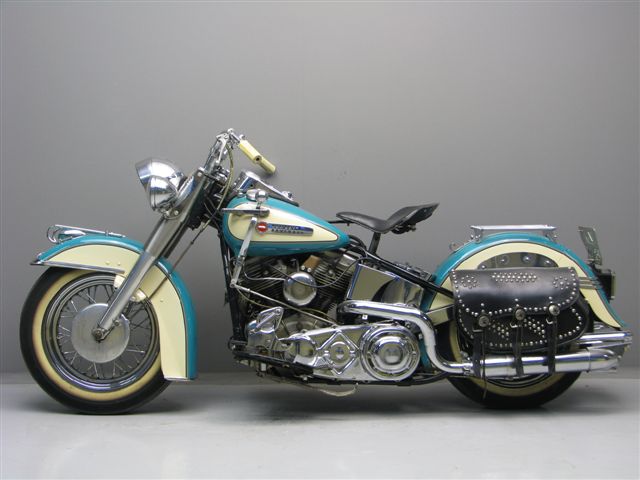 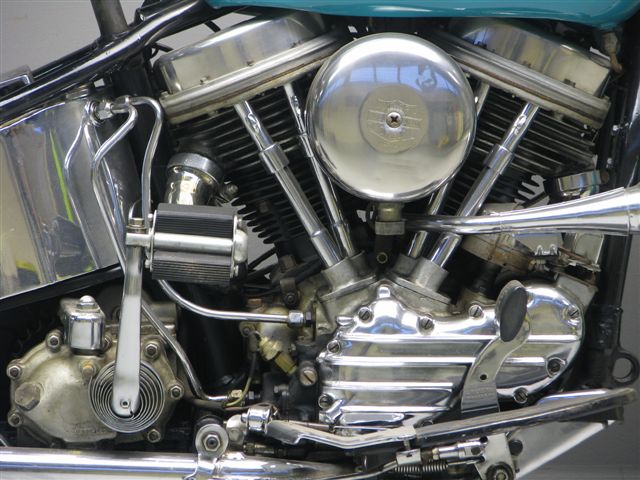 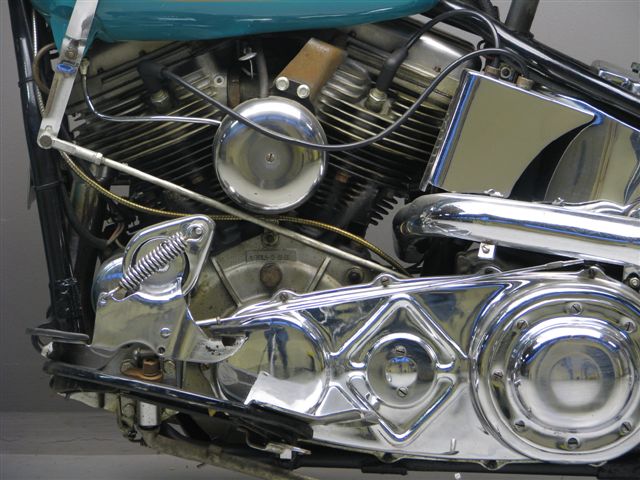 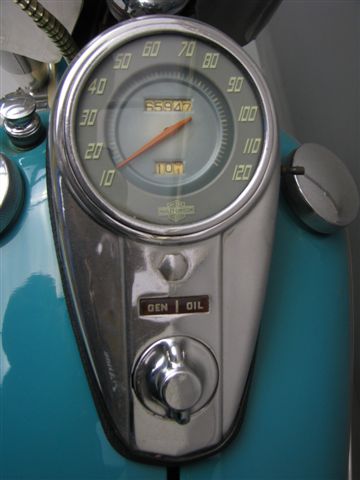 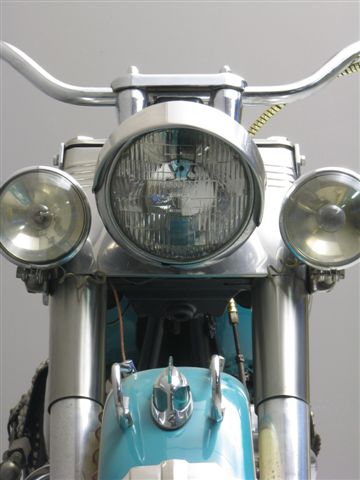 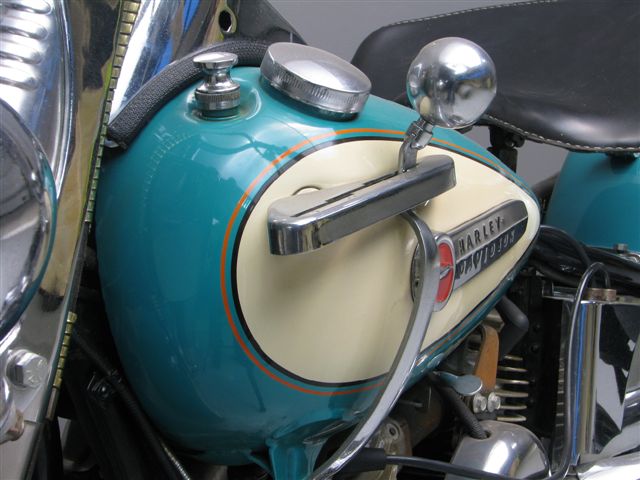 Big and brawny, loud and proud, Harley-Davidson is America on two wheels.
The 1949 Harley-Davidson EL Hydra-Glide motorcycle was popular with riders for its modern design, comfortable ride,
and large front brake.
After bringing out the refined Panhead engine the previous year, Harley’s big news for 1949 was the introduction
of "Hydra-Glide" front forks. Replacing the former leading-link forks, Hydra-Glide was a modern telescopic design
that provided greater travel and a much higher level of riding comfort.
However, the frame still lacked any form of rear suspension; that would take another few years to develop.
The big Harleys were now called "Hydra-Glide" in reference to the new forks, marking the first time they carried
a name as well as a series designation.
They remained available in 61-cubic-inch EL and 74-cubic-inch FL versions, however there was little difference in appearance.
The 1949 EL/FL was not only more comfortable to ride, but also easier to stop due to a larger front brake.
Though by this time many motorcycles were adopting foot-shift transmissions, that too was some time off for
the  EL/FL series, which still made use of a hand shifter and foot clutch.
This bike is nicely restored and ready for show or go.