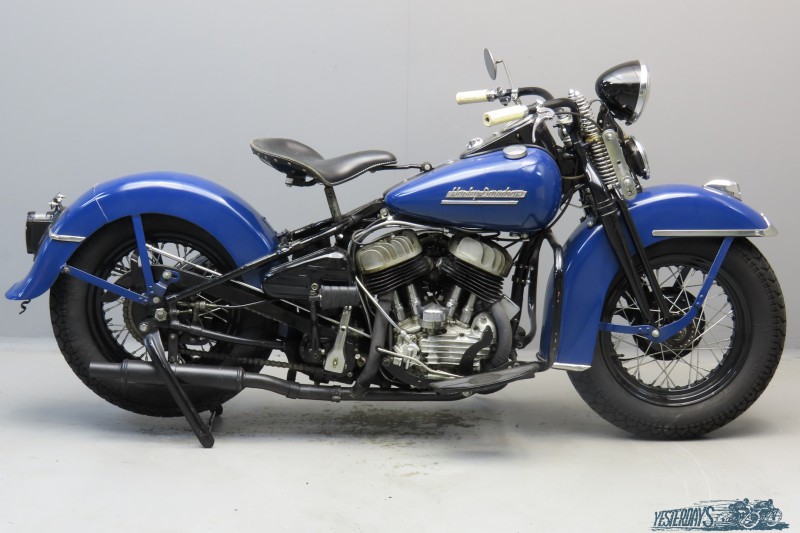 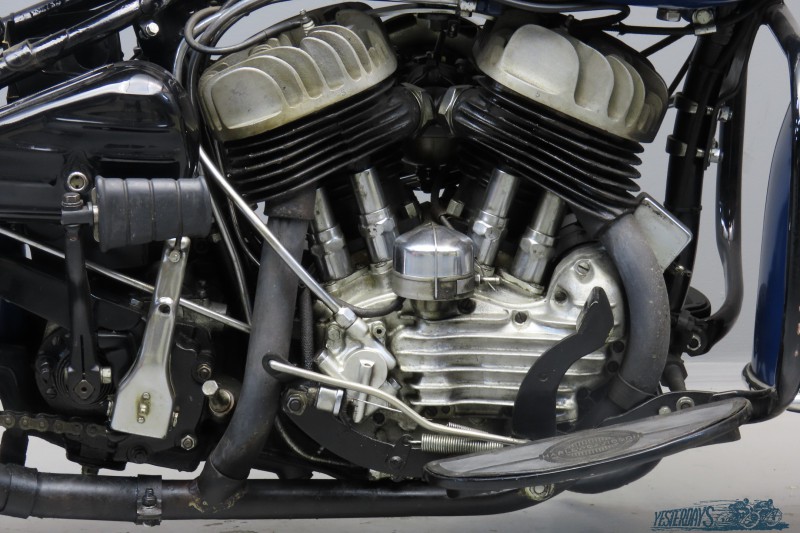 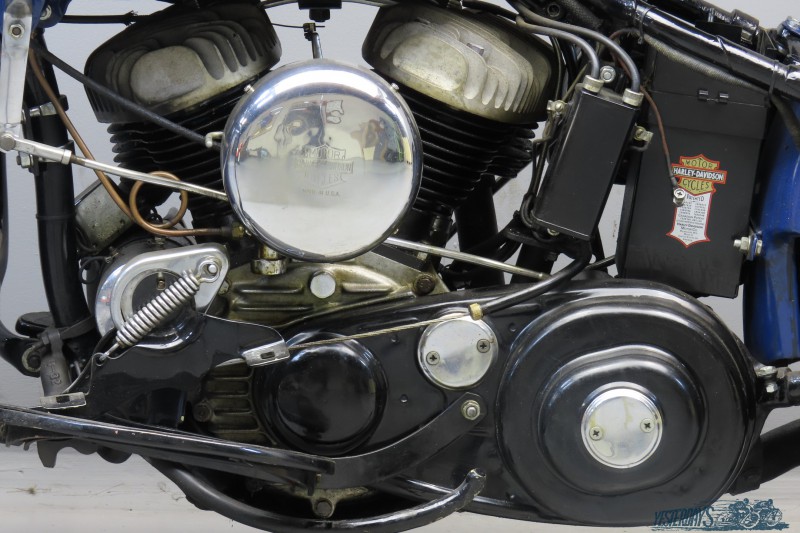 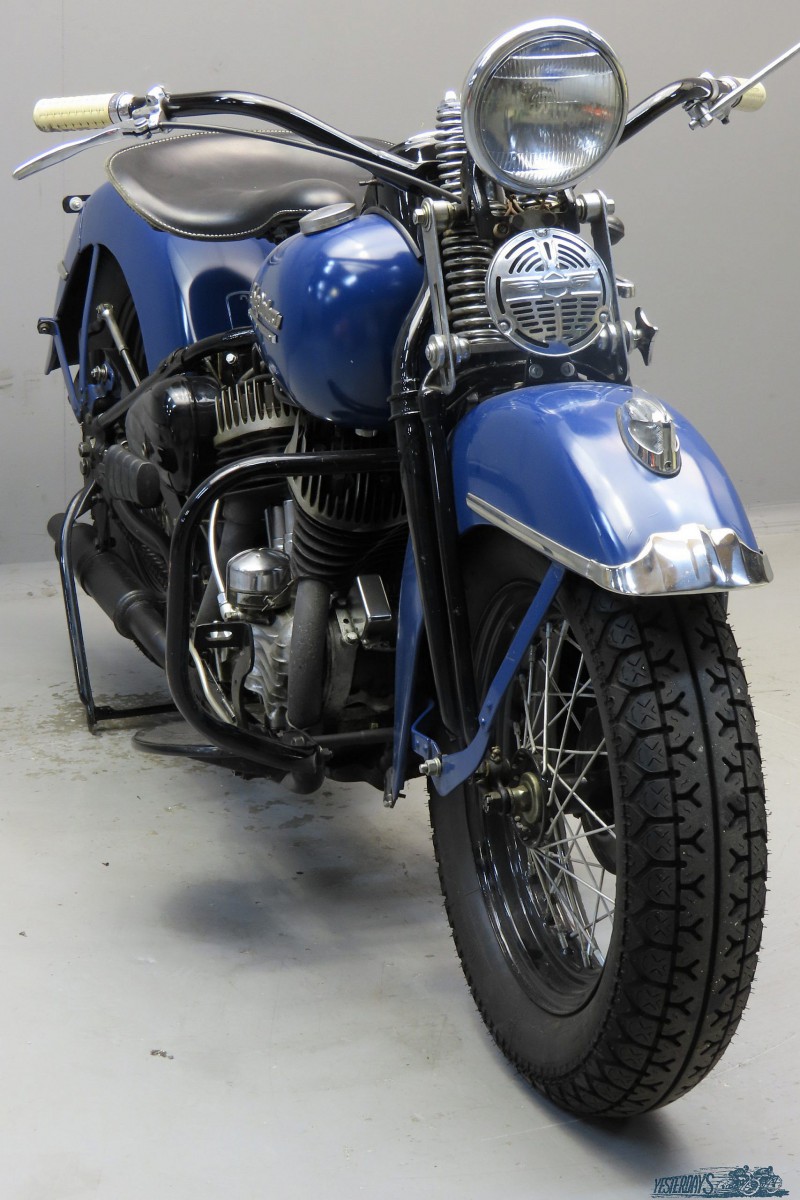 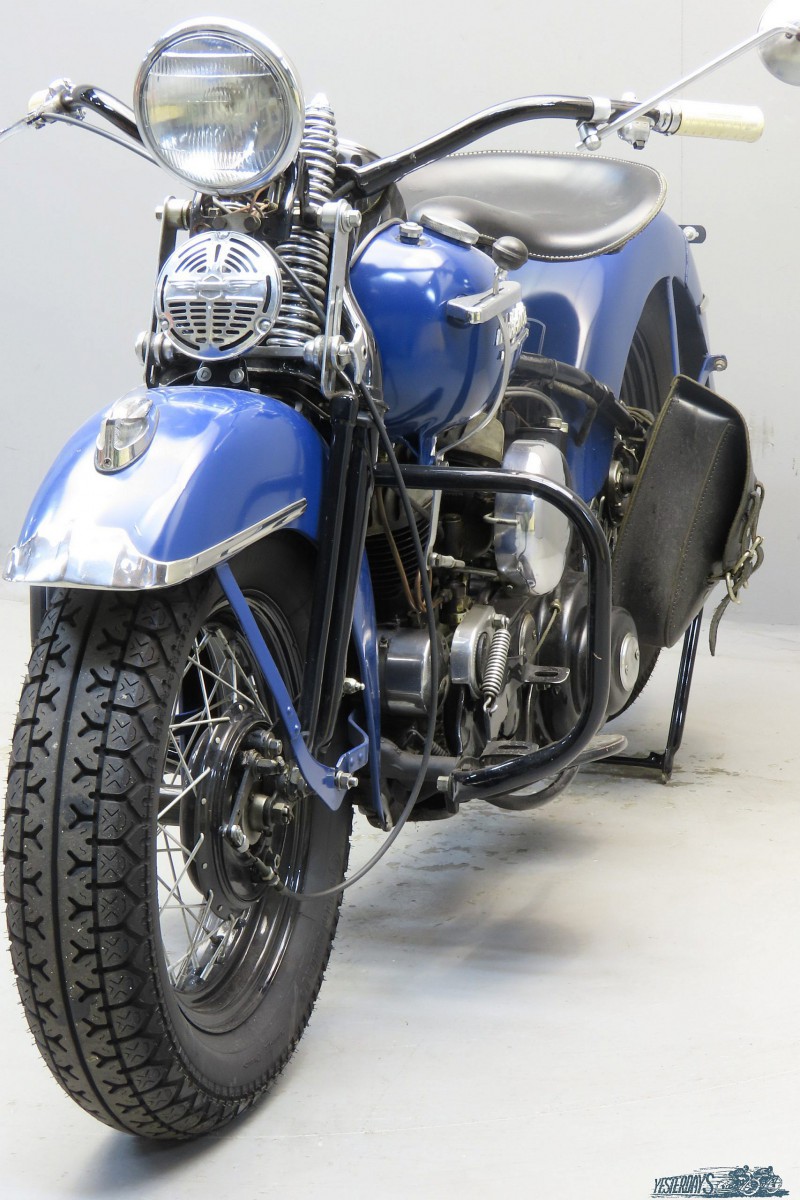 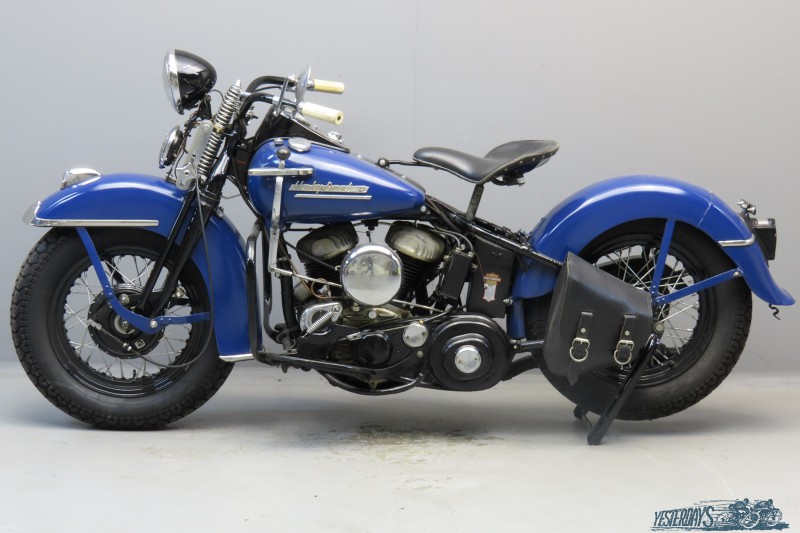 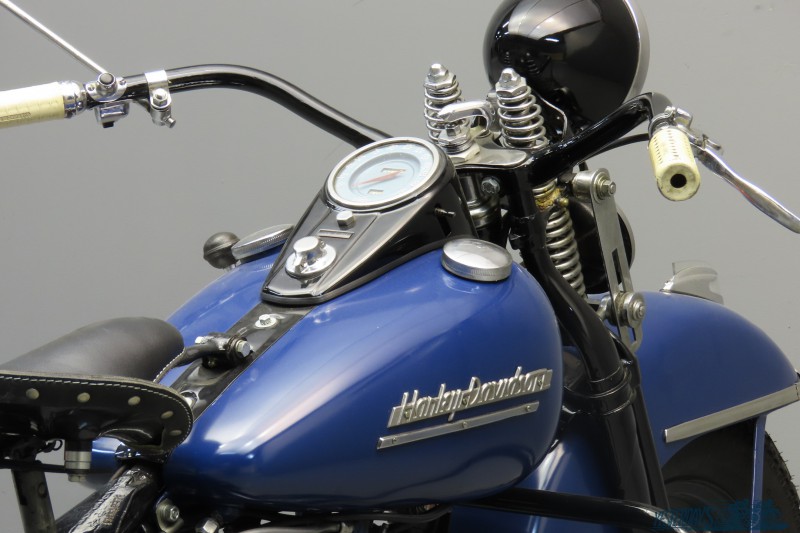 Harley-Davidson began producing the WLA in small numbers in 1940, as part of a general military expansion. The later entry of the United States into World War II saw significantly increased production, with over 90,000 being produced during the war (along with spare parts the equivalent of many more). After the war civilian production is taken up but in low volumes: in 1945 8317 WLA’s are produced but only 1357 civilian WL models, finished in grey. From November 1945 civilian production is speeded up but selling new machines proves tough because at the same time the authorities start selling fully equipped redundant WLA models for $450. In the course of 1947 chromium finish returns on the WL model and various colour combinations are available now. In the early fifties the EL and FL Hydra Glide models are getting more and more popular and in November 1951 a totally new 750 side valve model is presented, the Model K. Some new features for the last-year WL are a new type of oil pump and chrome exhaust headers; 1044 WLs will leave the factory in 1951. The reliable V-twin has an output of 22hp@4,600 rpm.

This older restoration WL runs as she should, has a current Dutch registration and comes with beefy 5.00 x 16 tyres, rear view mirror and leather bag.