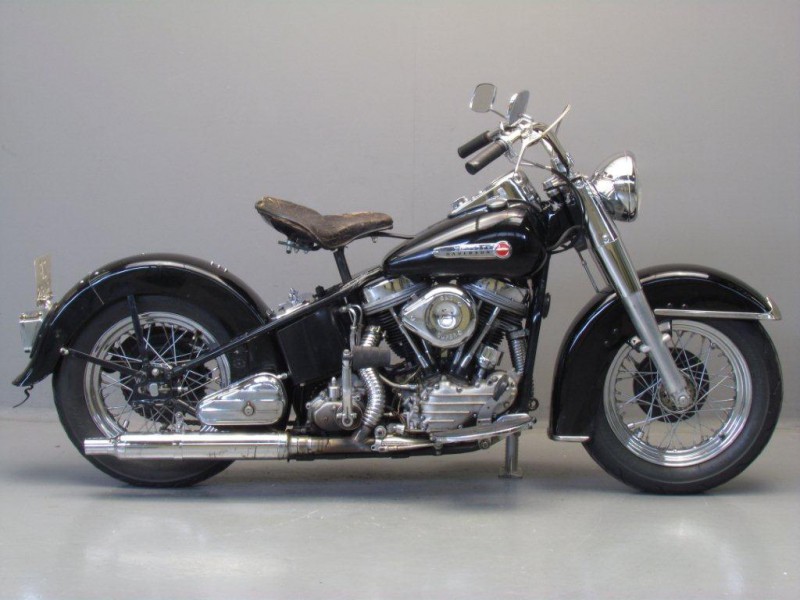 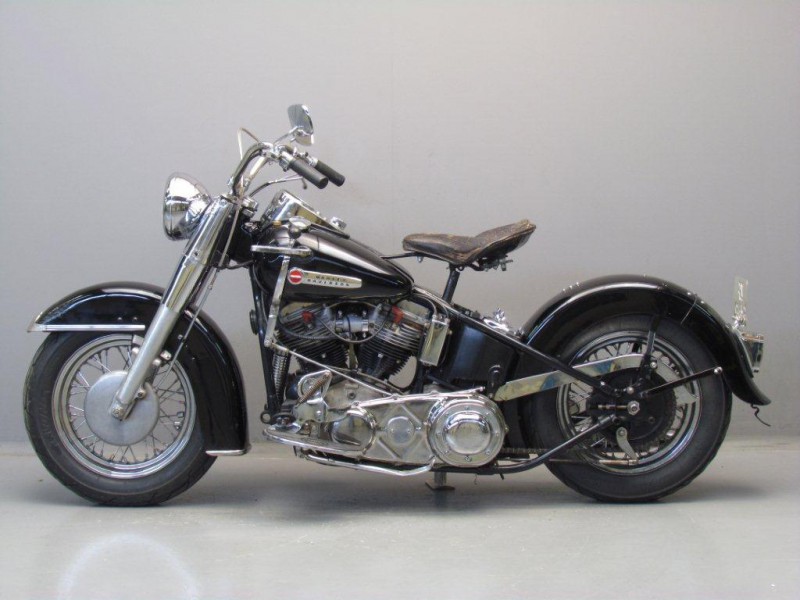 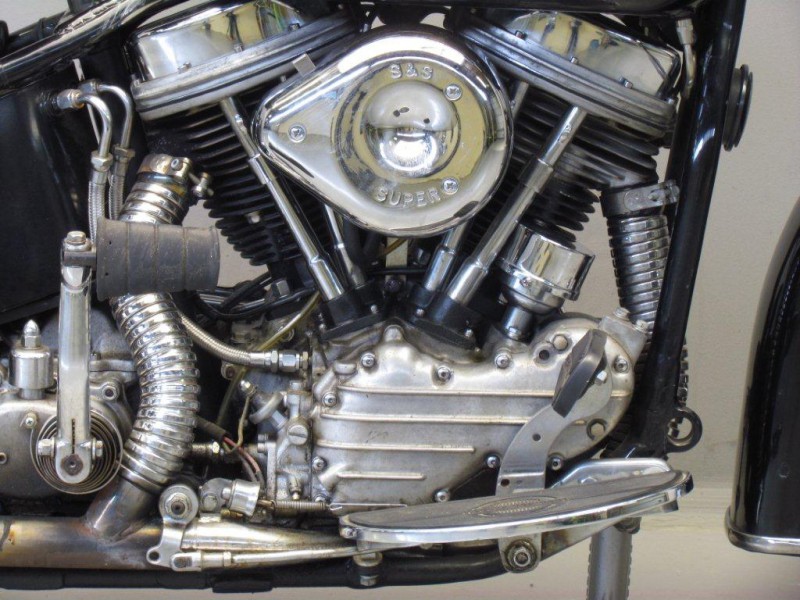 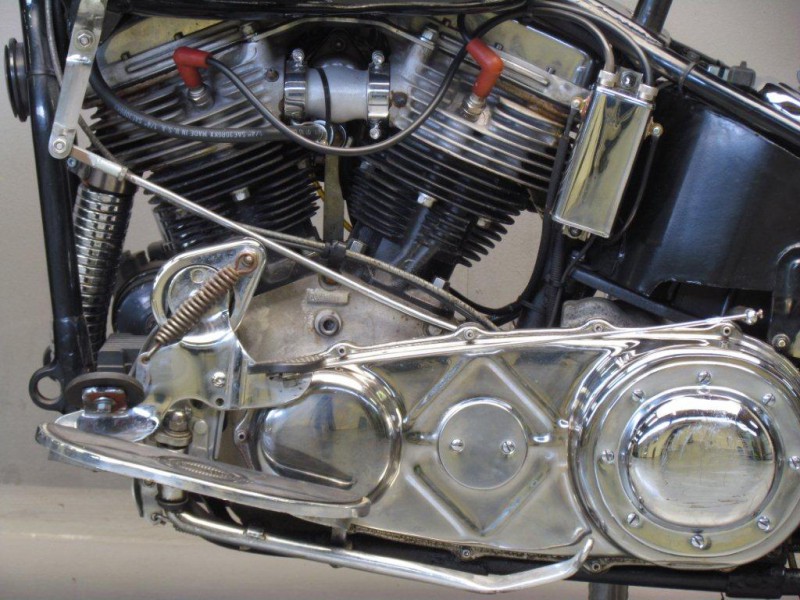 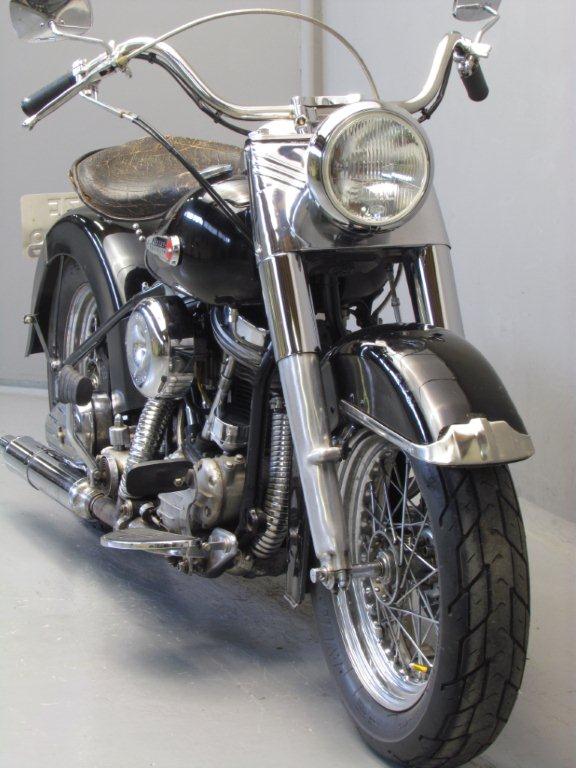 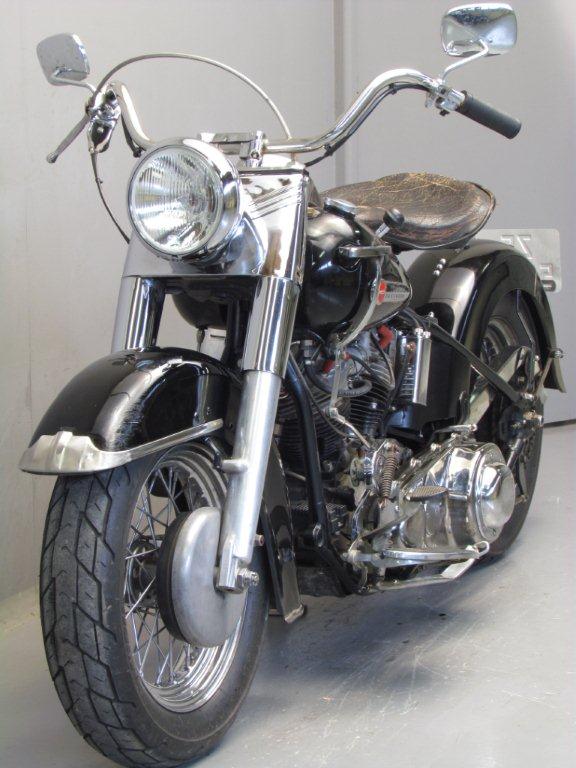 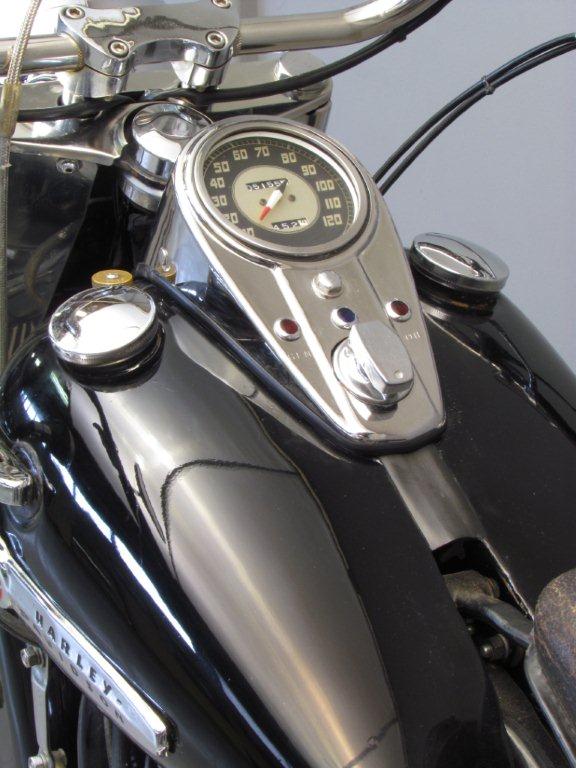 In 49, the Hydra-Glide was introduced which, by definition, was the first hydraulic suspension bike produced by Harley Davidson.
With the demise of Indian in 1953, Harley-Davidson entered the 1954 model year as the sole surviving American motorcycle manufacturer.
While that might seem like a cause for celebration in Harley’s Milwaukee hometown, the truth was that Harley’s fortunes were in doubt aswell, since bikes from across the pond — particularly England — were becoming as much a threat as Indian ever was.
What Harley-Davidson did celebrate that year was its 50th anniversary.
In 1954 the Harley-Davidson FL Hydra-Glide usually sports the hand-clutch/foot-shift arrangement introduced in 1952, though traditionalists — and police departments — could still order one with hand shift as on this 1954 model.
Many preferred the older setup because the bike could be left running with the transmission in gear and the clutch disengaged thanks to the "rocking" clutch pedal.
Two-tone paint (with the tank and fenders in different colors) was optional.
The 1954 Harley-Davidson FL Hydra-Glide motorcycle offered options such as color-matched hand grips and kick-start pedal.
The 1954 Harley-Davidson FL Hydra-Glide models accounted for nearly half of all Harleys sold in 1954.
Total sales were down from the previous year, and wouldn’t rebound until 1957, when the import-fighting Sportster was introduced.
Also, the 61-cubic-inch 1000cc (EL) version of the Panhead was dropped after 1952 due to lack of interest, leaving the 74-cid FL 1200cc as the only Big Twin.
The FL model featured Harley’s traditional tank-mounted speedometer. Note also the dual gas-filler caps.
This 1954 "Panhead" is a good runner, it has a lovely patina, so well appreciated by the real afficionado.