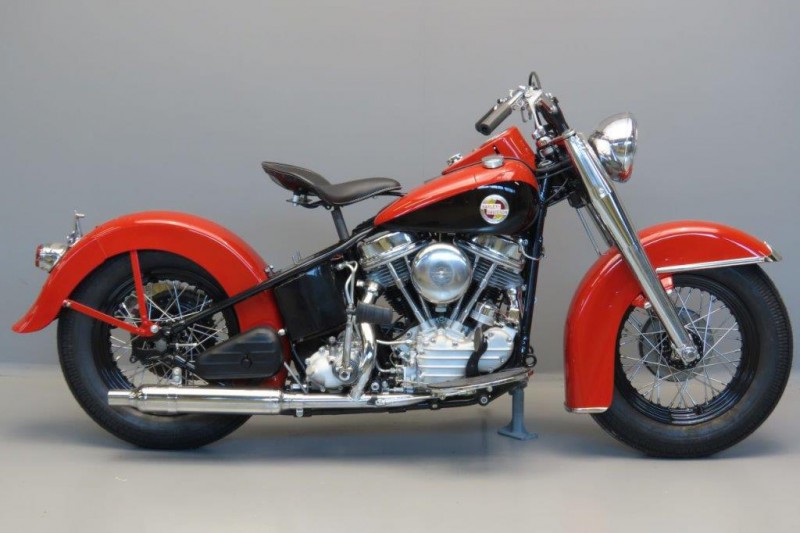 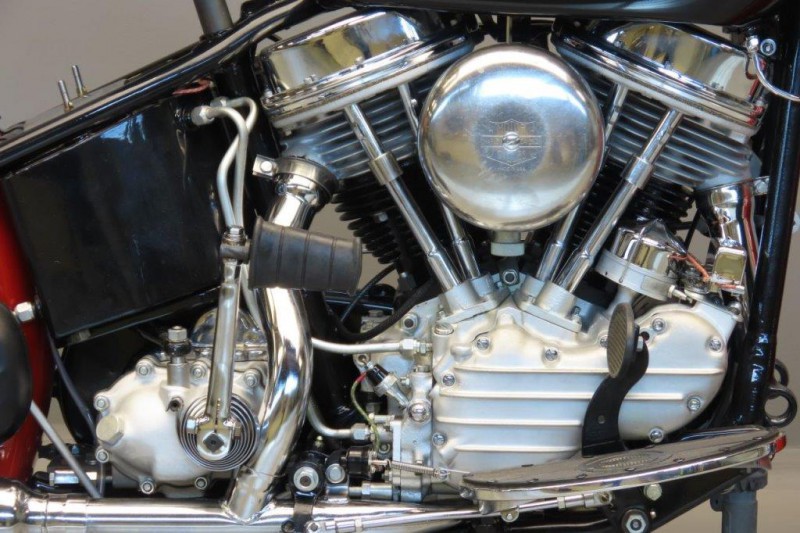 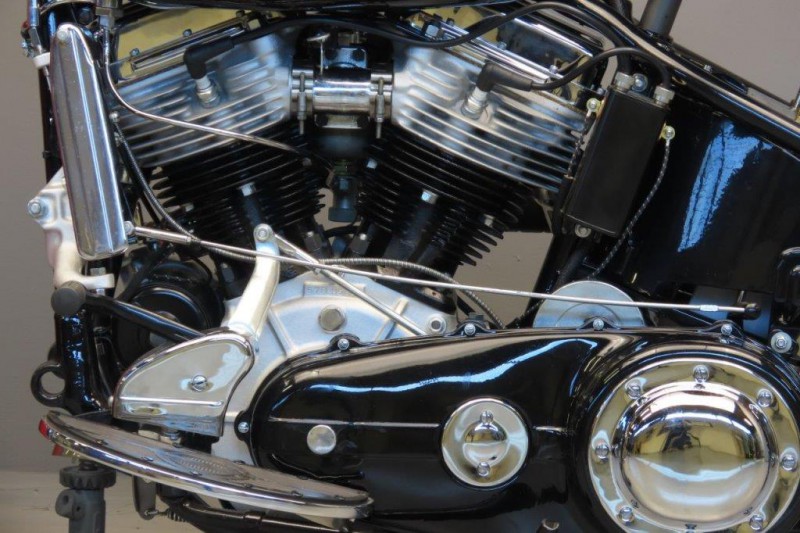 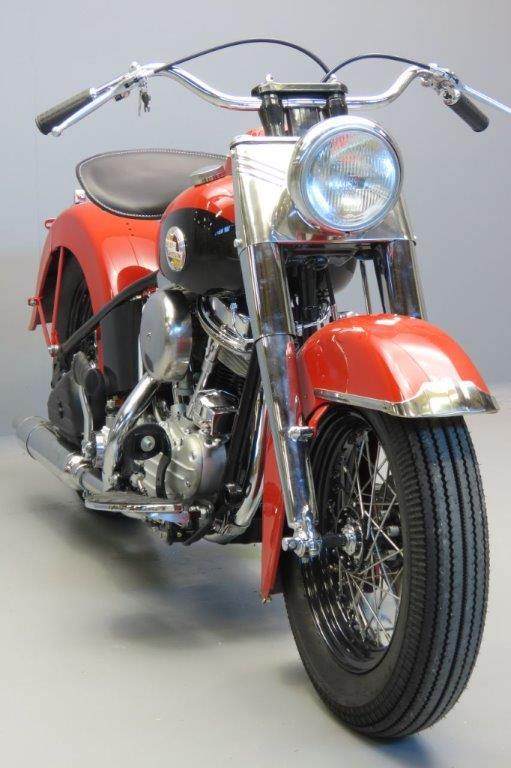 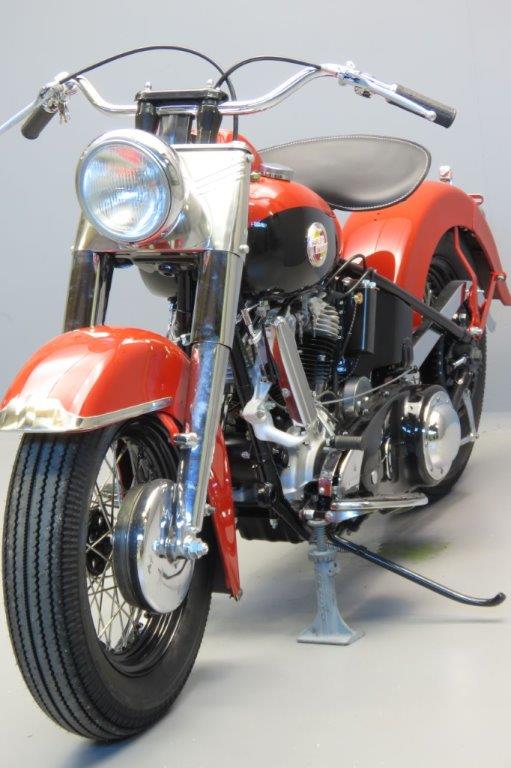 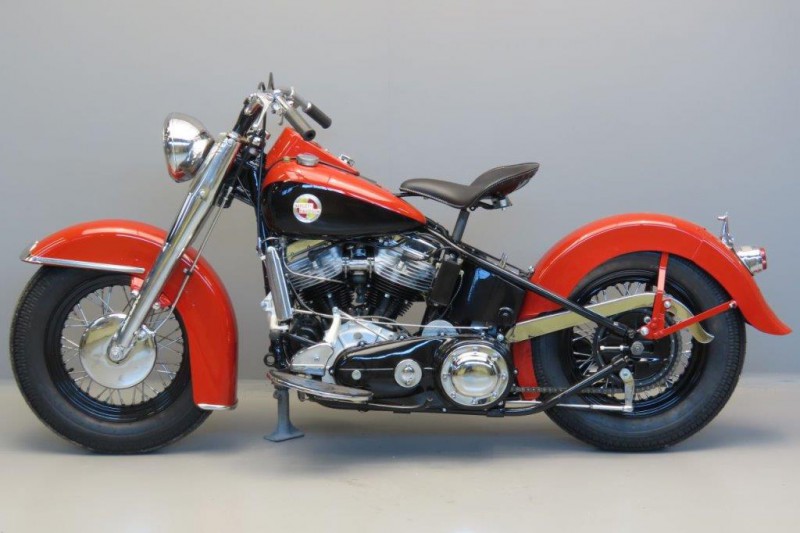 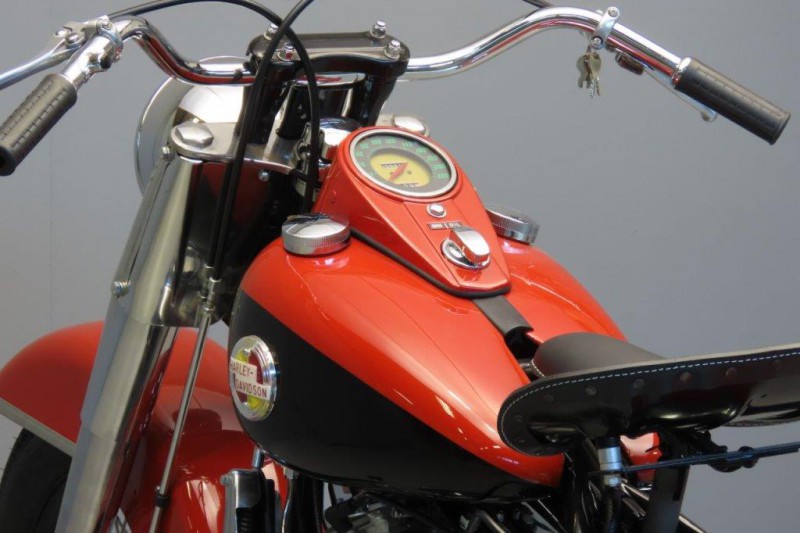 For 1948 Harley went into full revision mode when the venerable Knucklehead was succeeded by a new model that featured aluminium heads and distinctive “cooking pan” rocker covers, hence its “Panhead” pet name.
Oil lines were internalized and hydraulic valve lifters adopted for greatly reduced rocker noise and easier maintenance.
The engine was available in 989 cc capacity as model “ E” and 1207 cc capacity as model “F”. These engines were now the only big twin engines, as the side valve models had been discontinued.
1953 marked the end of the 61 cubic inch engine leaving only the 74 cubic inch FL series as the main engine group.
The Duo-Glide was introduced in 1958 so this ’57 model is one of the last rigid frame Harleys.
For this last Panhead model year only minimal technical and cosmetic alterations were made; the engine got steel alloy valve guides and stronger valve springs.
The tank badge became a round Lucite disc and the front mudguard got a new tip: these two parts were H-Ds first use of plastic for badges.
The new tank badge was designed by Willy G. Davidson before he actually joined the company.
In its final tune the FLH panhead engine delivered 55hp @5400rpm with a compression ratio of 8.0:1, good for a top speed of about 155 km.
This FLHF – the final F indicates the option of foot-operated gear change – is finished in one of the standard colour schemes for 1957, Pepper Red with Black tank panels and Pepper Red mudguards.
She has been restored and is in excellent condition throughout.