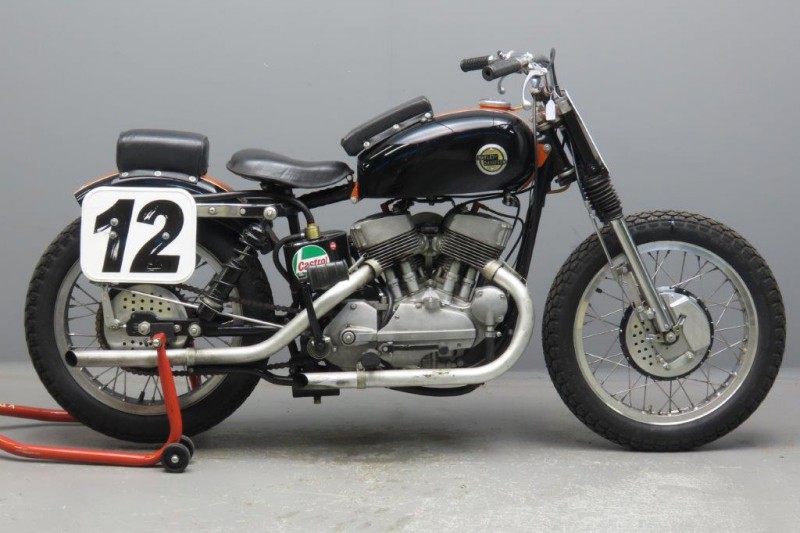 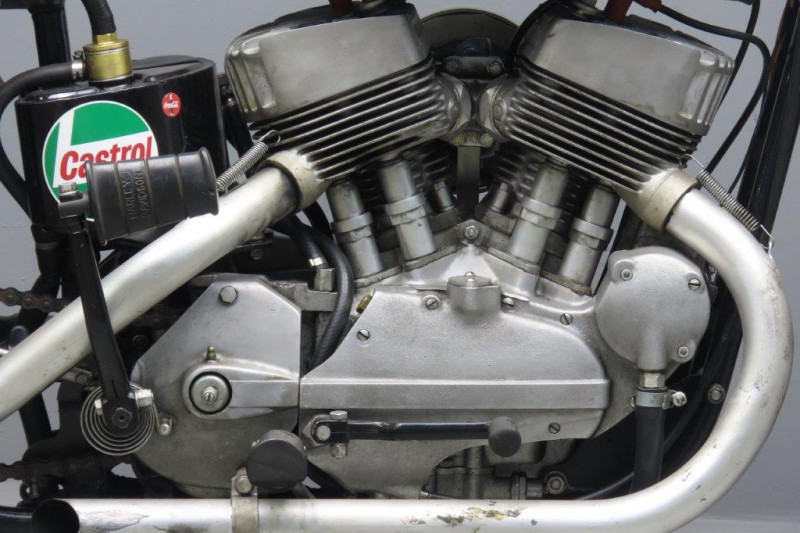 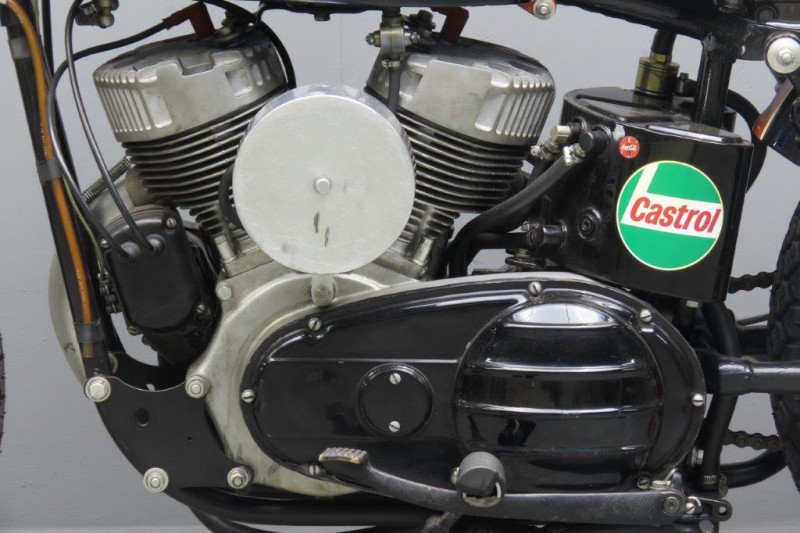 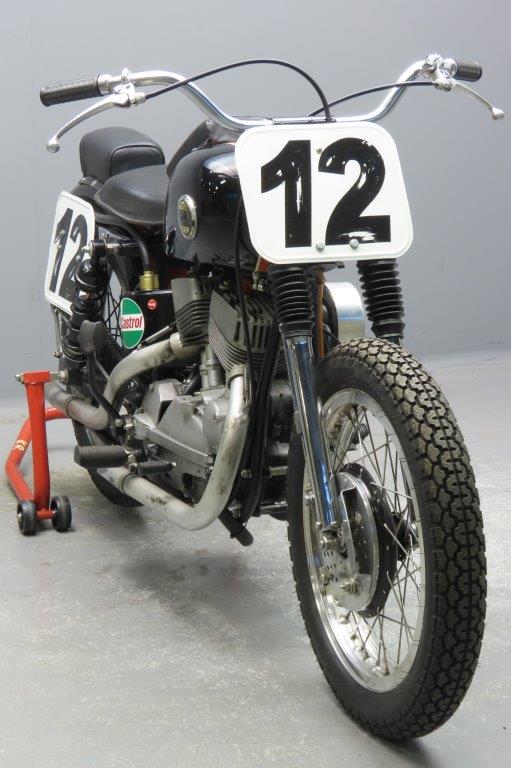 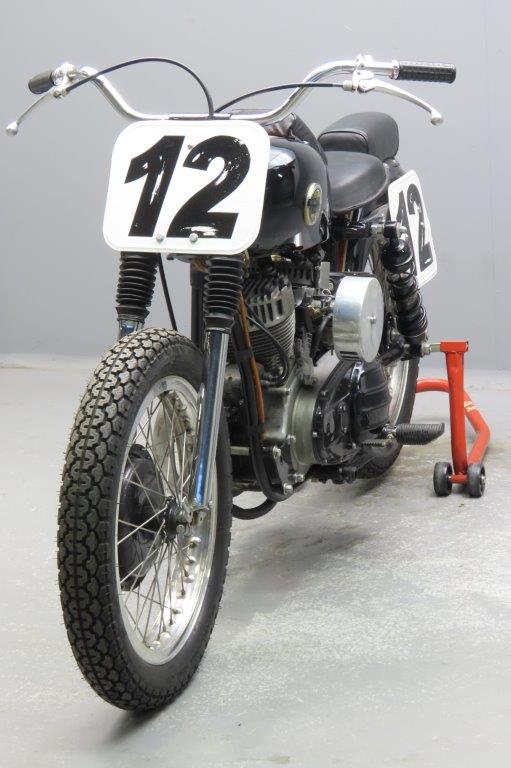 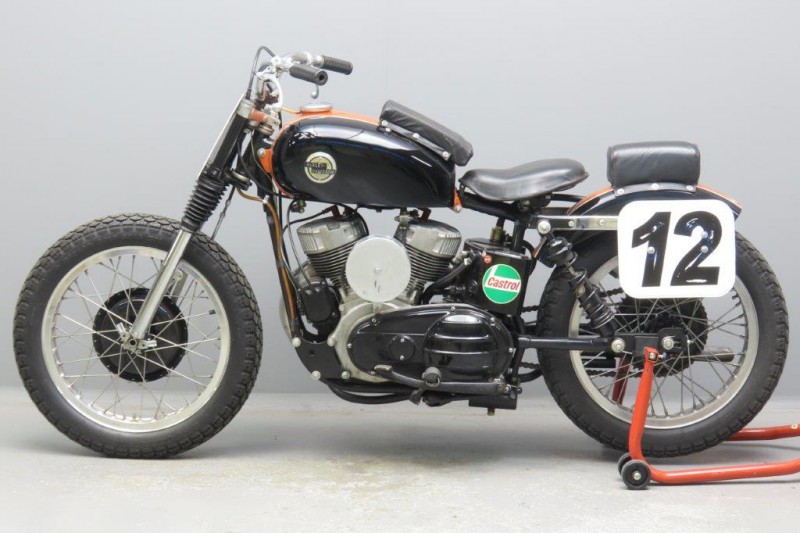 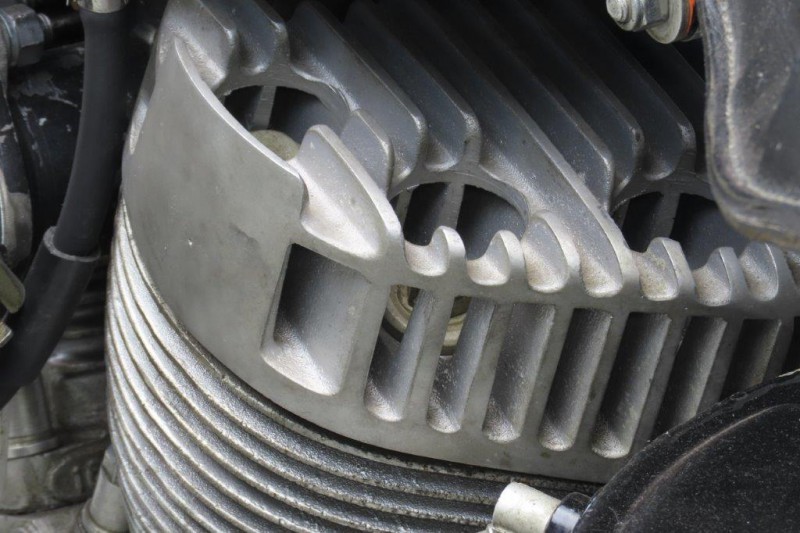 When it was introduced in 1952, the Model K was as radical a machine for Harley-Davidson as the Knucklehead had been in 1936, and the company presented it as a fully modern motorcycle.
With full suspension front and rear, a unit-construction engine, modest weight, foot shift/hand controls and clean styling, the K was clearly intended to address foreign competition in the U.S. market.
The KR750 was the racing version of the roadster Model K, destined for glory on America’s flat tracks.
The AMA rules for Class C racing favoured the homebuilt 750cc side valve engine, which was pitted against 500cc OHV singles and twins.
But that didn’t mean that the side-valve engine was as antiquated as some would think.
The company’s dogged development of the old side valve design was simply remarkable, and the KR750 held its own on the track against supposedly superior machinery.
The KR750s dominated American dirt-track and beach racing in the 1950s and ‘60s, and in 1956 they won every Class C National race.
Between 1955 and 1969, KR750s won 12 of 15 Daytona 200 races as well.
The 744cc engine in standard form only developed some 50 hp but the power delivery was so smooth that the machine was highly controllable.
Many tuners, both professional and garage mechanics knew how to squeeze more power out of the units.
By the final year of production for the road-racing KR model (the 1969 KRTT), it was timed at 150 mph on Daytona’s banking.
Less than 500 KRs were made in its 15-year production run so they are pretty rare birds nowadays.
The machine on offer is in good condition and comes with its original rigid rear frame.