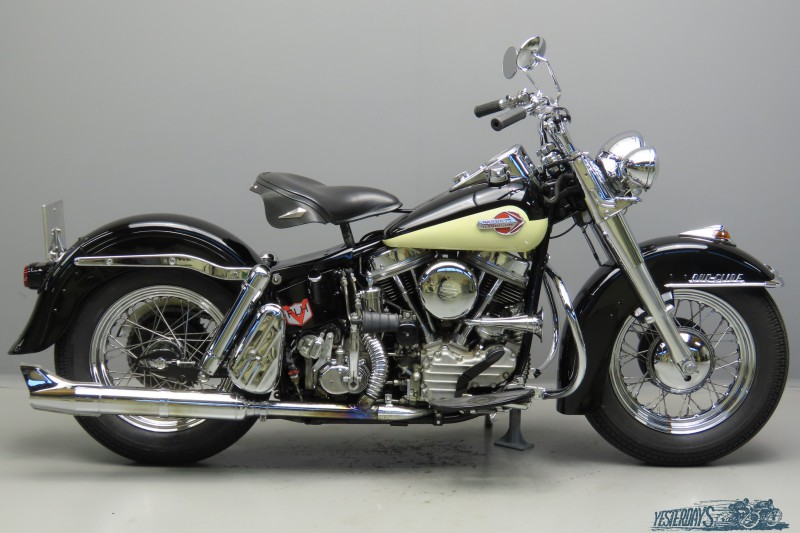 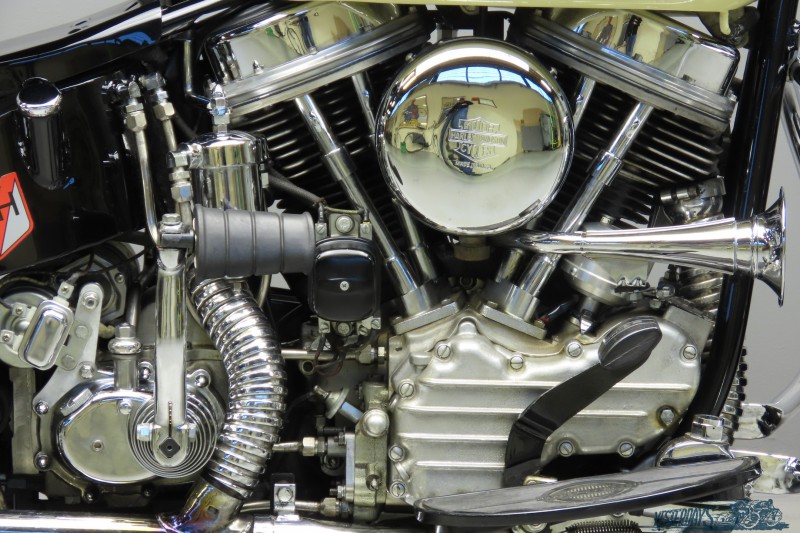 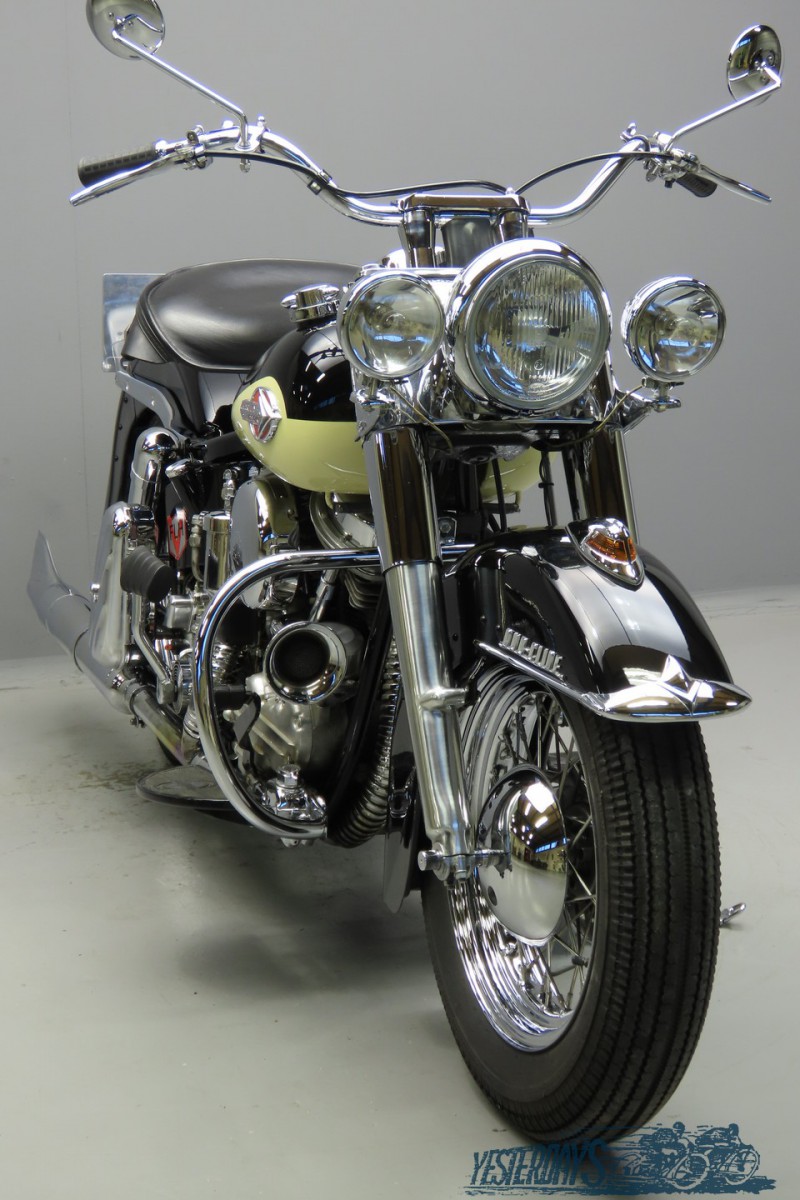 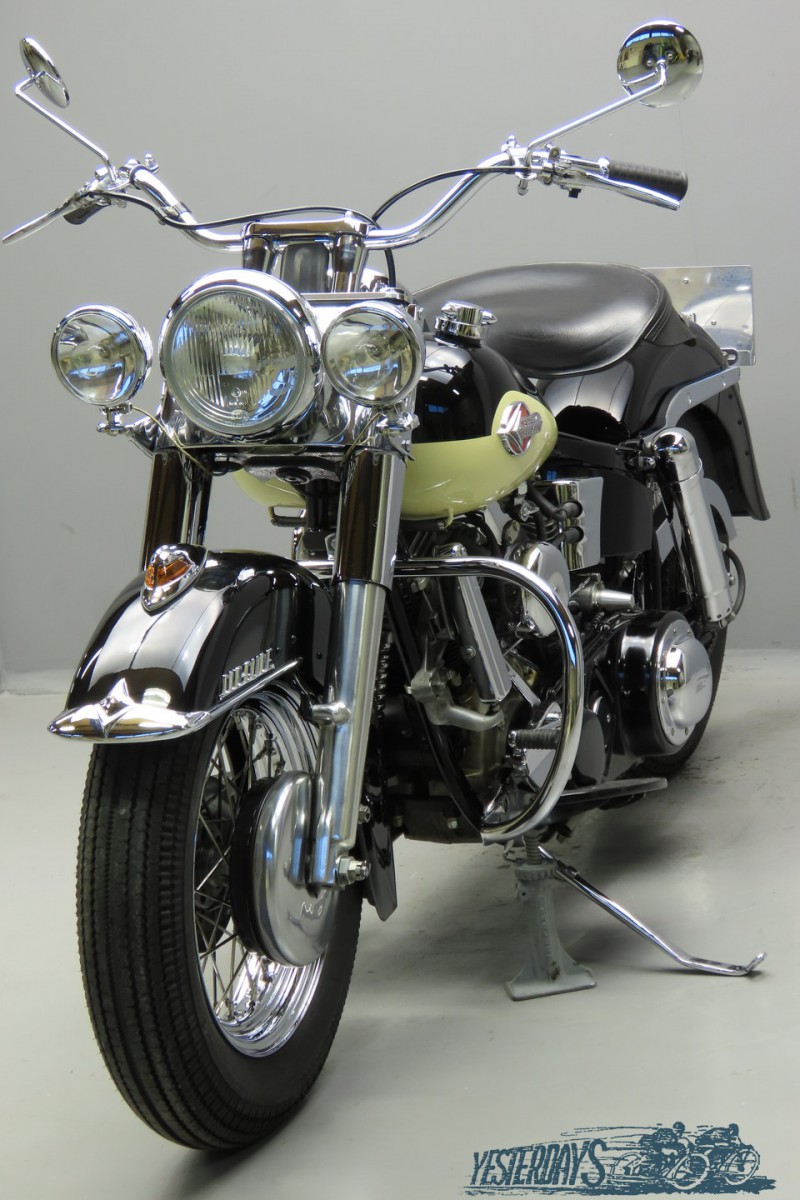 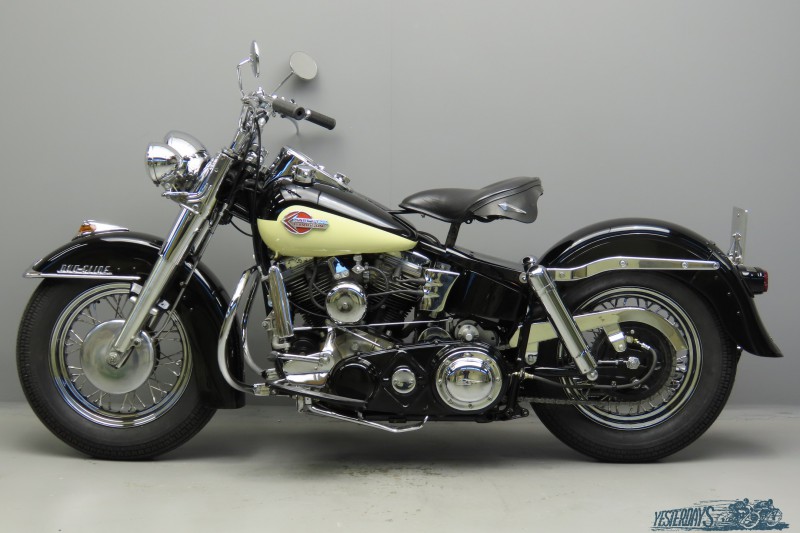 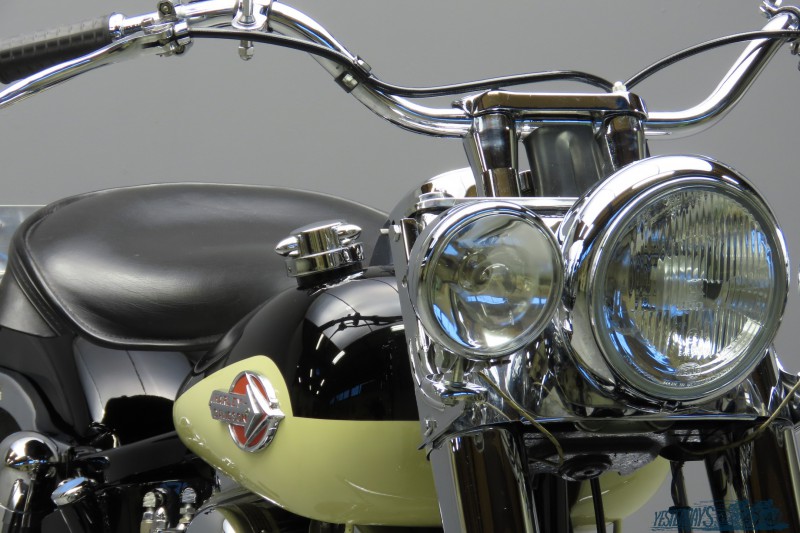 For 1948 Harley went into full revision mode when the venerable Knucklehead was succeeded by a new model that featured aluminium heads and distinctive “cooking pan” rocker covers, hence its “Panhead” pet name.
Oil lines were internalized and hydraulic valve lifters adopted for greatly reduced rocker noise and easier maintenance.
The engine was available in 989 cc capacity as model “ E” and 1207 cc capacity as model “F”.
These engines were now the only big twin engines, as the side valve models had been discontinued.
1953 marked the end of the 61 cubic inch engine leaving only the 74 cubic inch FL series as the main engine group.
In the Autumn of 1957 the company took a big leap forward when they introduced swinging arm rear suspension.
Intensive development of the Panhead engine developed a power increase in the order of 10%, which made the FLH capable of a 165 km top speed.
The rear brake and the stop-lamp switch were now hydraulically operated and the four-speed gearbox was standard equipment, but those who really wanted it could still order the old three-speed unit.
The “HF” suffix refers to high compression engine with foot change.
New for the 1959 model year was a green neutral warning lamp and the footboards were now painted black, instead of just being Parkerized (source: Matthias Gerst, “Harley Davidson, all the motorcycles, 1903-1983”).

This Duo Glide is finished in one of the available standard colour schemes for 1959, Black with Birch White side panels.
She is fitted with triple front lights and with the bike come a pair of quality leather “Harley Davidson” bags.
The machine has been conveniently fitted with an electric starter and primary belt drive and she has been rebuilt with many aftermarket parts.
This road-registered mighty machine has been restored to a high standard and is in excellent condition throughout.