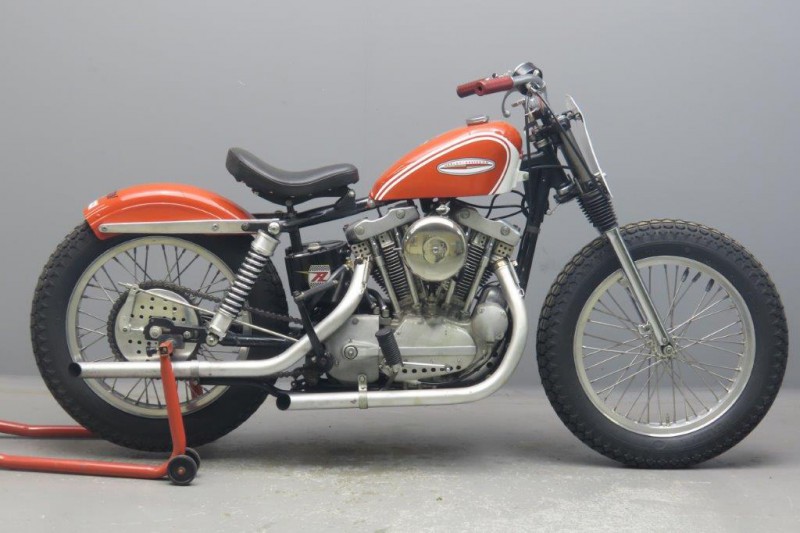 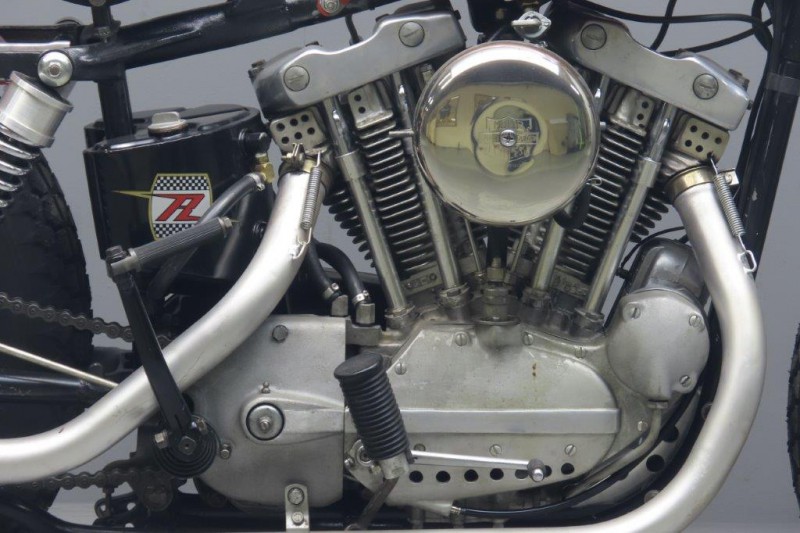 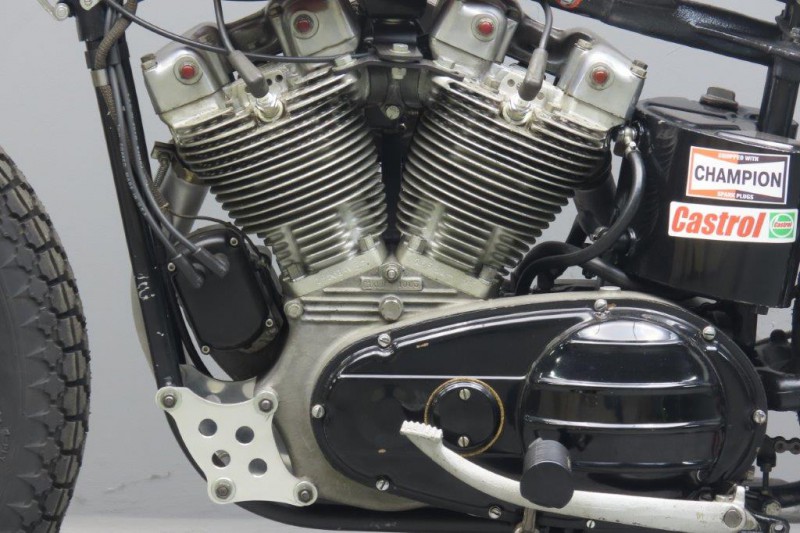 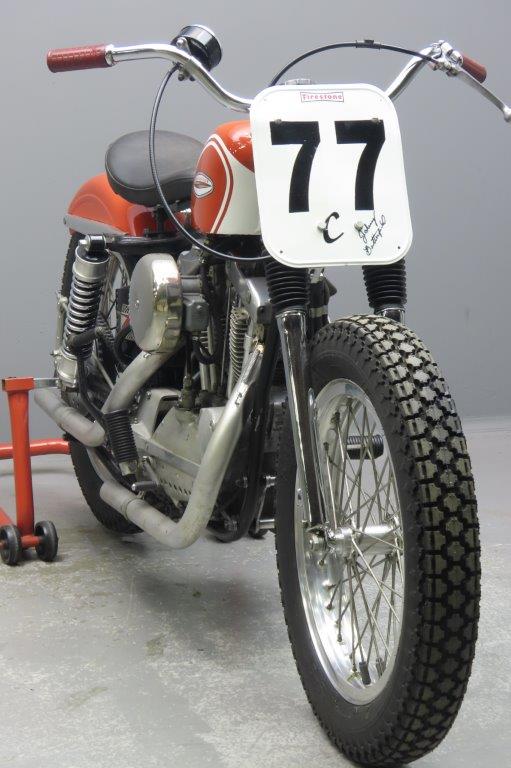 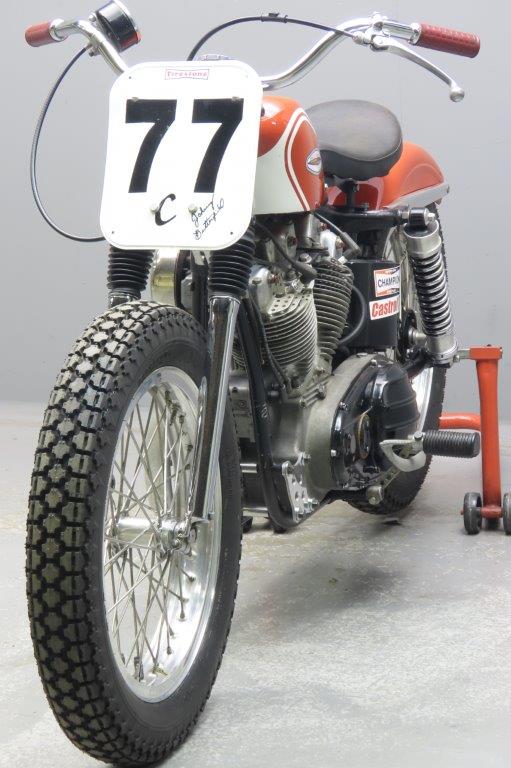 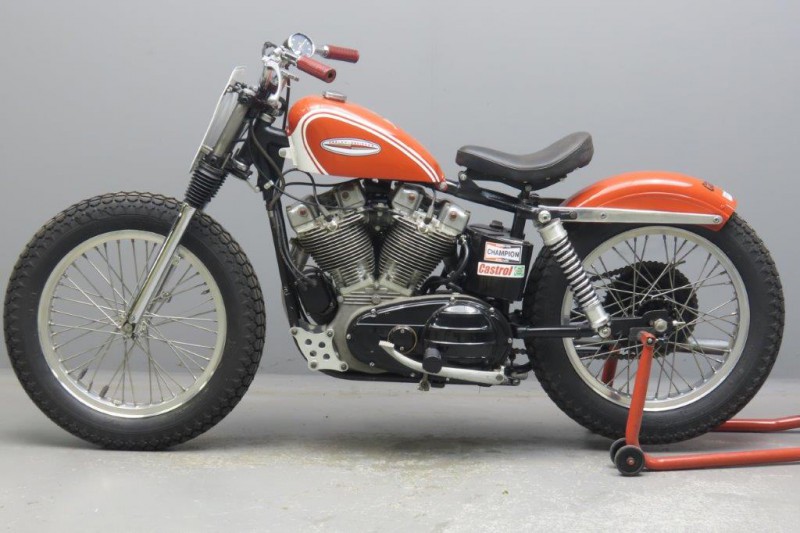 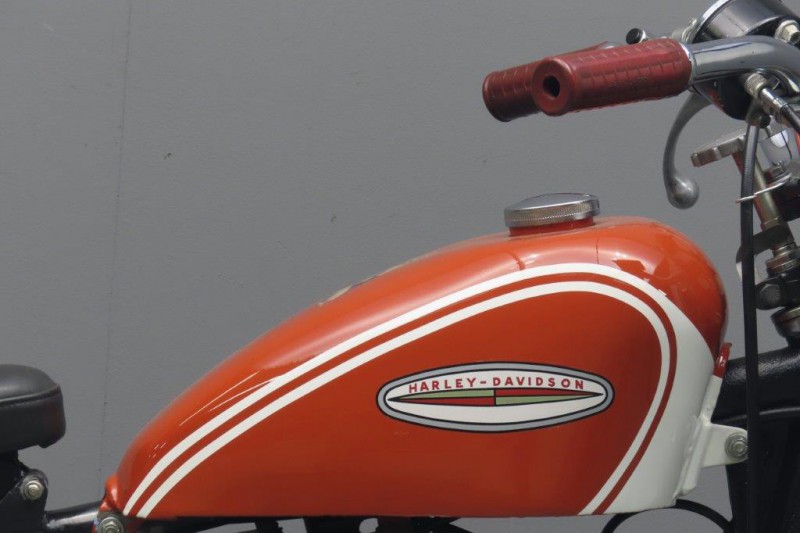 The XLR was Harley’s production racer, designed to compete in scrambles or “TT” races, where the capacity limit was 900cc.
The XLR was an unusual combination of the rolling chassis from the KR model and an engine from the overhead valve Sportster.
Although the engine appeared to be similar to the production model, it had a shorter stroke and a larger bore for higher rpm, producing more power, although the capacity remained the same. Engine internals were pure racing components, and in this form the machine was competitive with its main adversary, the Triumph 650cc TT Special.
The XLR-TT roared on the scene in 1958 and remained in low-volume production until 1969, and is one of the rarer members of the extended Harley-Davidson Sportster family.
Depending on which historian you listen to, there were between 200 and 500 XLRs made during the XRL’s eleven years of production.
Despite looking like a stripped XL Sportster, these were pure race bikes with no provision for lighting or other street amenities.
The XLR’s performance came from its engine specs.
While run-of-the-mill Sportsters went out into the world with their cams running in needle bearings and bushes, XLRs benefited from friction-reducing ball bearings. Likewise, their crankshafts ran in roller bearings.
The bikes had specific flywheels, pistons and connecting rods.
Different cylinder-head castings allowed larger valves and a bumped-up compression ratio.
Hotter cams were installed as well as a lightened valve train.
Ignition was via magneto, moved from the right side of the engine to a tucked-up position ahead of the front cylinder.
Even the XLR frames were special, built with a better grade of steel so the walls could be thinner and the whole assembly lighter.
Rated power was 70 HP @ 6,500 rpm, top speed 180 km and the XR weighed 161 kg. (adapted from: https://stfrancismotorcyclemuseum.org)
We have been advised that the extremely low engine number could indicate that this machine was a factory racing bike.
She’s in excellent order and a very strong runner and comes with Smiths rev counter and original autograph of dirt track ace Johnny Butterfield on the number sign in front.