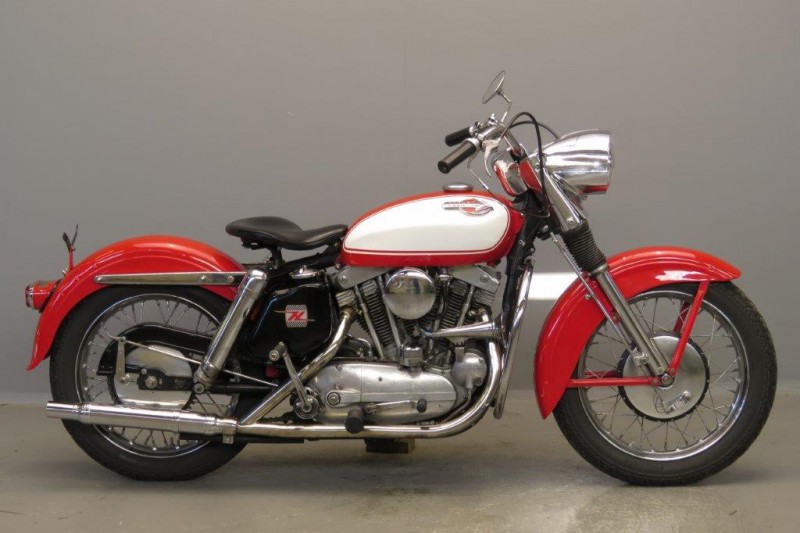 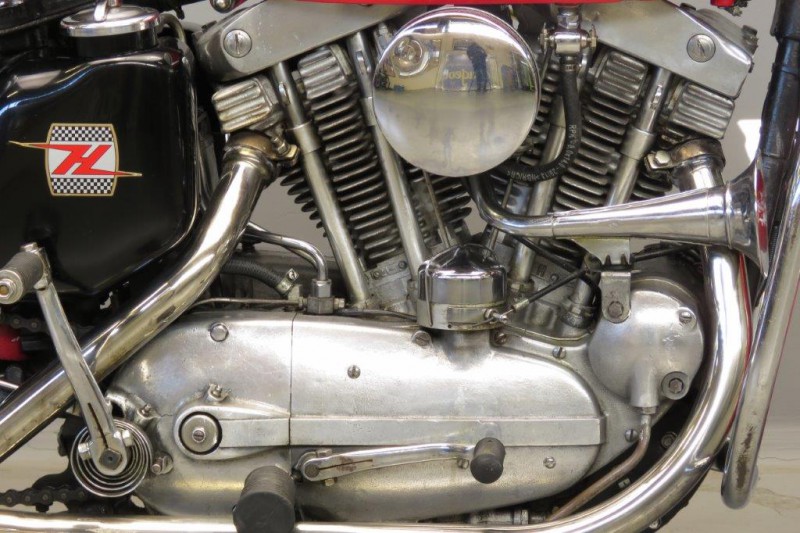 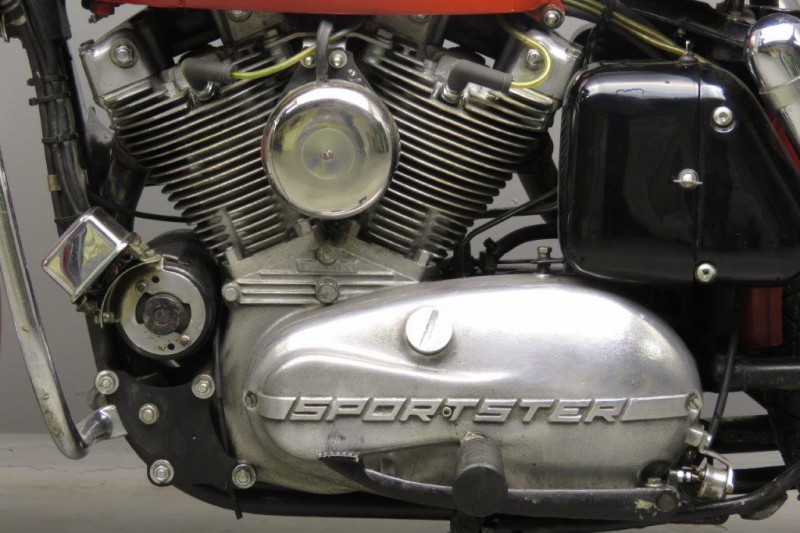 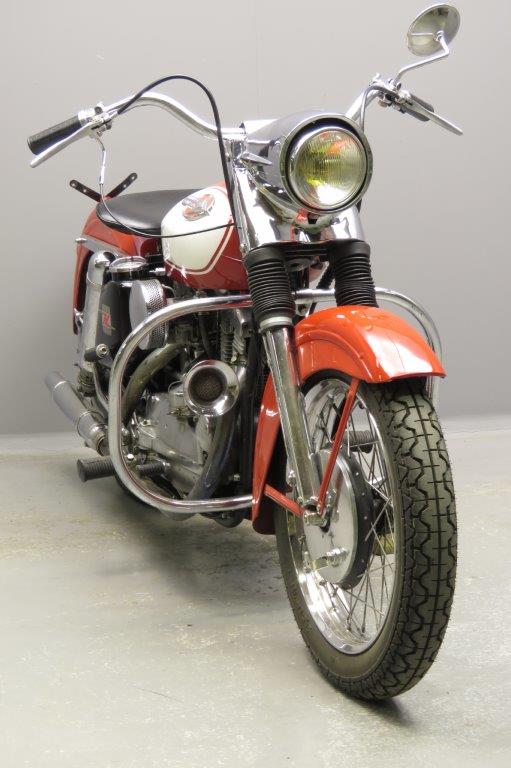 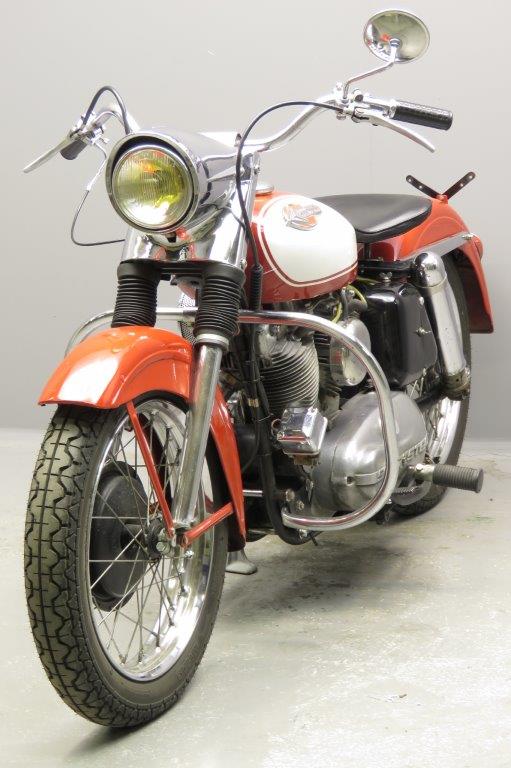 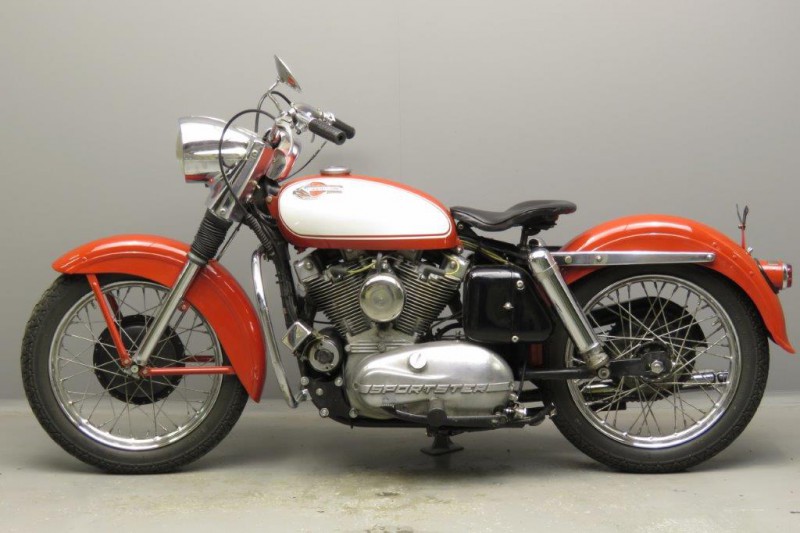 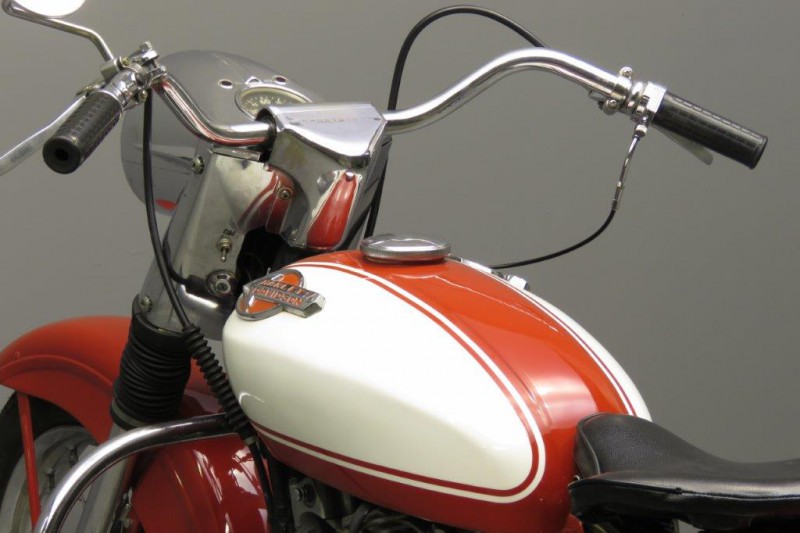 The Harley-Davidson Sportster was produced continuously since 1957 by Harley-Davidson.
Sportster models are designated in Harley-Davidson’s product code by beginning with “XL”.
In 1952, the predecessors to the Sportster, the Model K Sport and Sport Solo motorcycles, were introduced.
These had a sidevalve (‘flat head’) engine, whereas the later XL Sportster models use an overhead valve engine.
With the introduction of the overhead-valve XL Sportster, the lack of performance with the K sidevalve models was very much resolved.
The 883 cc engine now produced 40 bhp and the engine and gearbox were unit construction, with the latter easily accessible through a side cover.
The rear shocks were of the automotive type and even gave enough travel for off-road use. Further improvements in 1958 to the engine included higher compression, domed pistons, larger ports, and larger valves.
By 1959, high-lift cams could push a Sportster to 115 mph, and the quarter mile was possible in under 14 seconds.The XL model was basically a non-race model.  Back in the day, the H meant this was a high compression engine.
The XLH , as presented here, is the 883cc Touring High Compression model.
The 40hp engine makes this a swift, obidient and well handling motorcycle.
She is beautifully presented in an attractive red/white livery and she runs great.