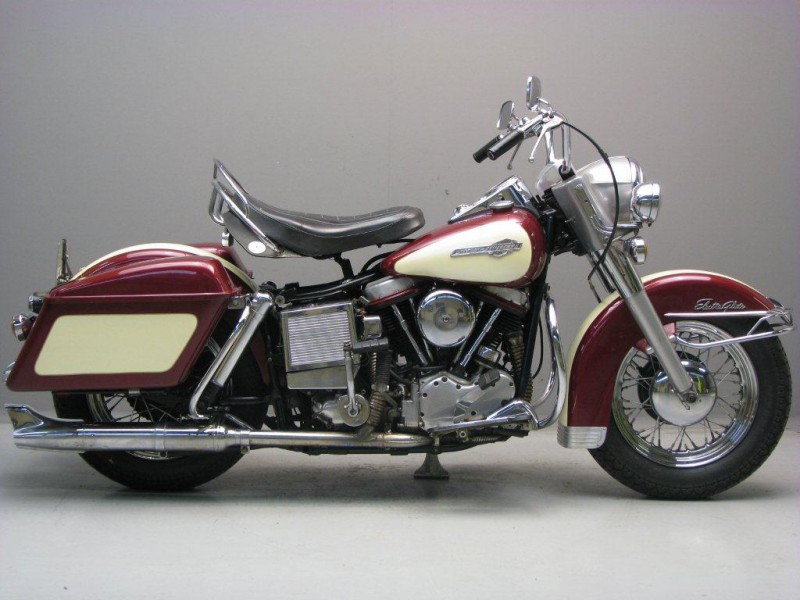 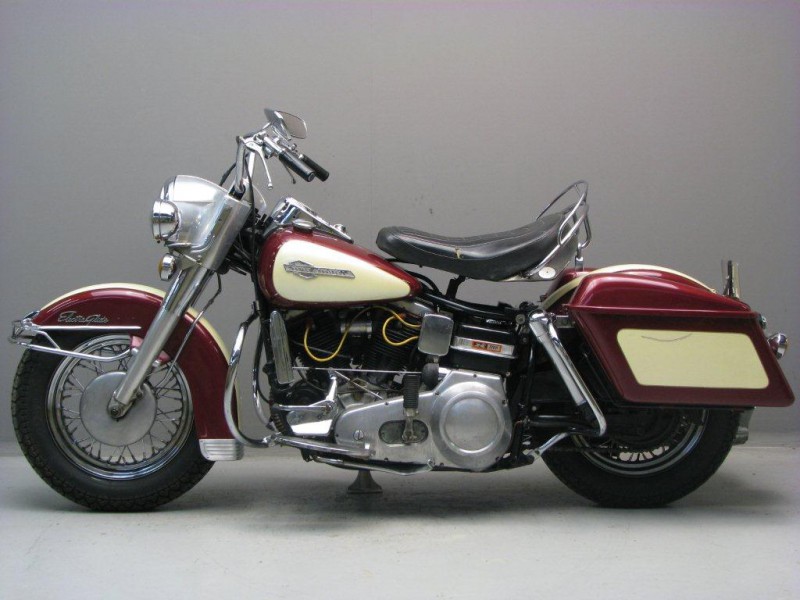 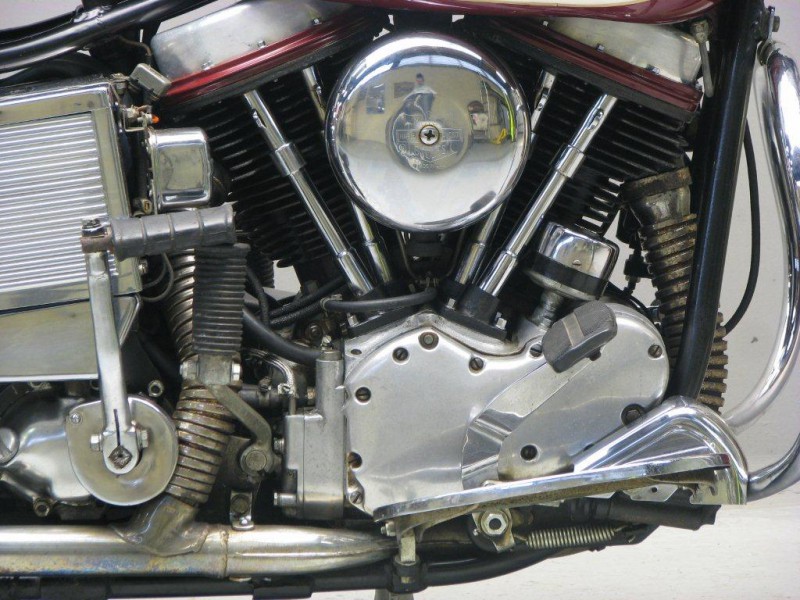 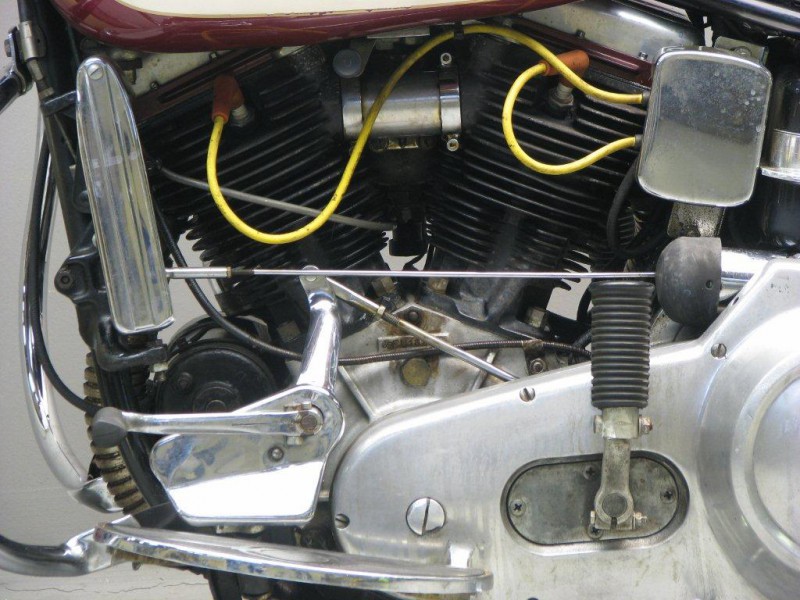 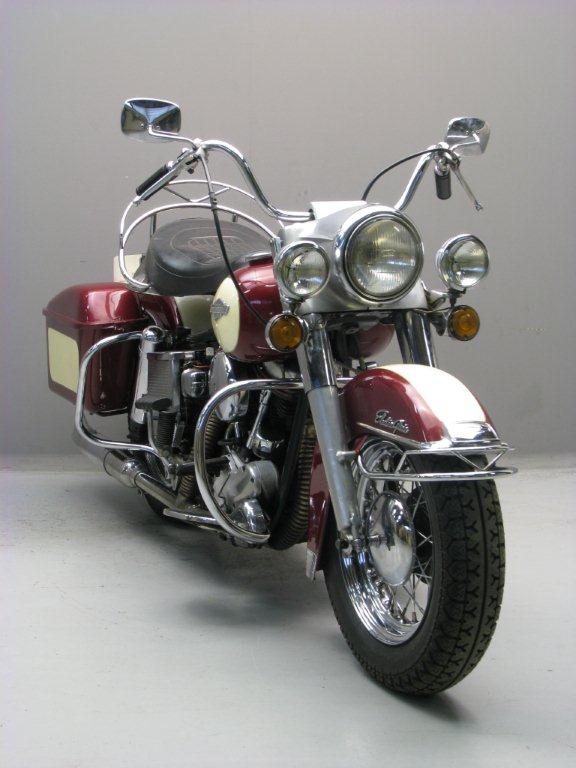 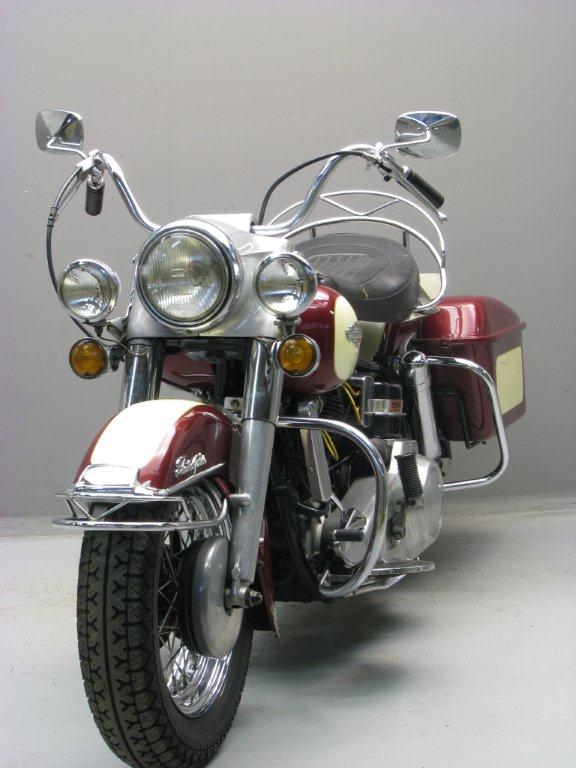 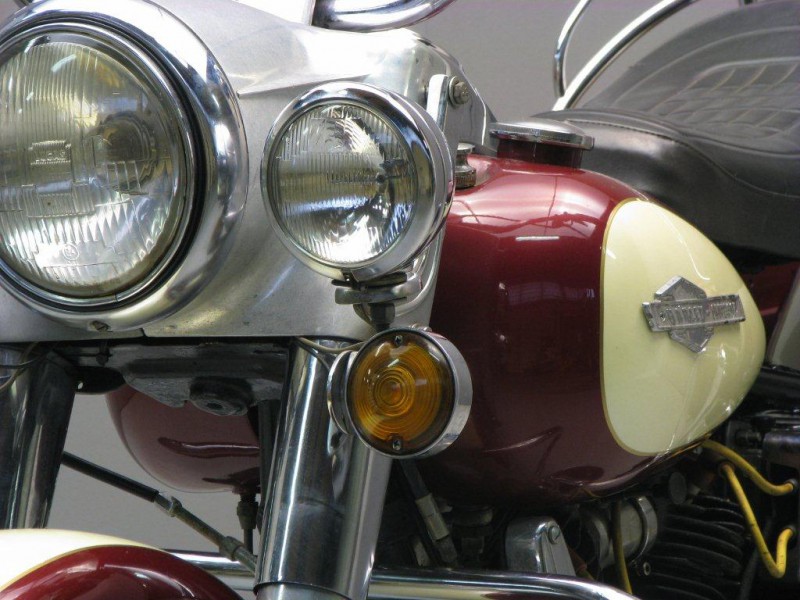 The 1965 Harley-Davidson FL Electra-Glide motorcycle was the last Harley fitted with the venerable Panhead engine and the first big Harley with electric start.
That combo has made it a highly coveted collectible.
For Harley-Davidson, 1965 marked the end of an era.
The Electra-Glide, with its electric starter, made its debut, but it would be the last year for the famous "Panhead" V-twin that was introduced in 1948.
That engine had received some modifications over the years, a significant one coming in 1963 with external oil lines that improved lubrication to the cylinder heads.
Along with the electric starter came 12-volt electrics to replace the previous 6-volt system, which in turn brought a bigger battery hidden beneath a large battery case on the right side.
That, along with the bold "Electra Glide" script on the front fender, makes it easy to distinguish this model from earlier FLs.
Though a curb weight of more than 700 pounds restricted performance somewhat, the Electra-Glide was a popular touring mount in its day, as the electric starter alleviated the problem of having to kickstart the big V-twin — which had become no easy task.
With its combination of classic styling, a Big Twin engine, a beefy six-gallon tank, floorboards, hard bags, and plenty of chrome trim, the Electra Glide is the quintessential Harley touring motorcycle. Over the years, the performance of the Electra Glide (60 BHP) has continued to evolve.
This Electra Glide had only three owners from new and was maintained very well over the years.
Once the windshield was attached and saddlebags bolted on, the big, slow-revving twin brought distant horizons within reach.
This Electra Glide is a bike for getting into fourth gear, ticking off county lines and looking damn good in the process.