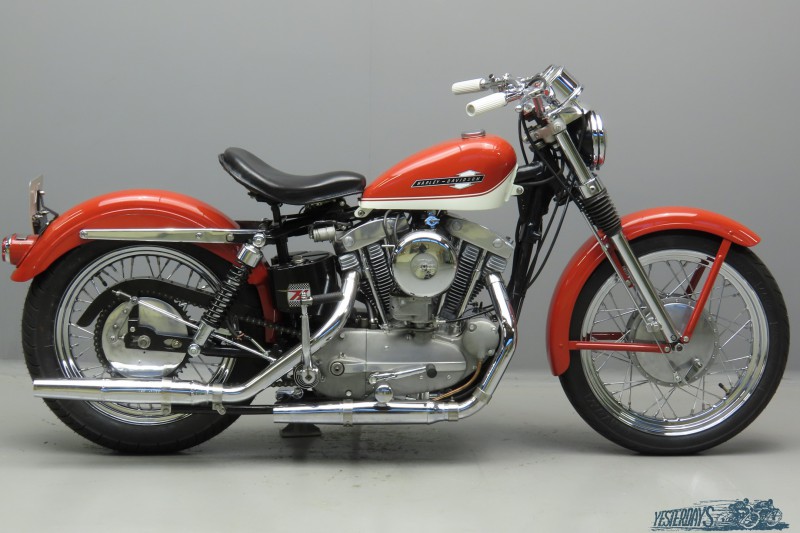 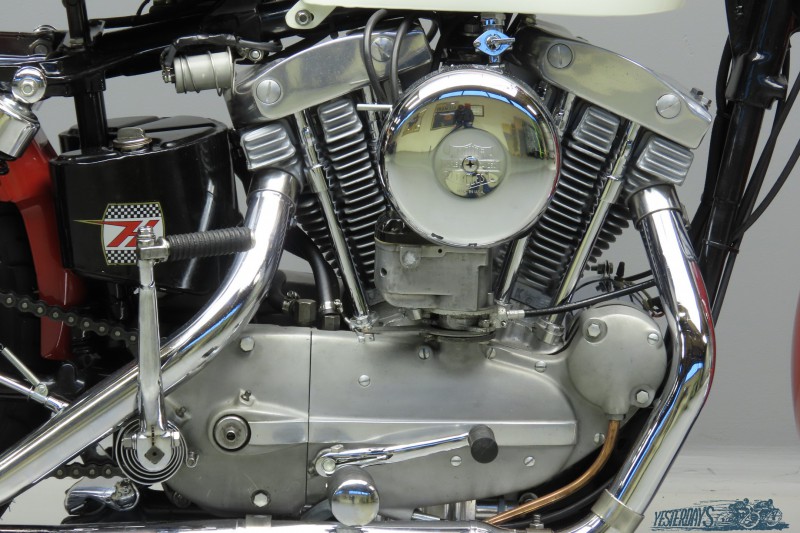 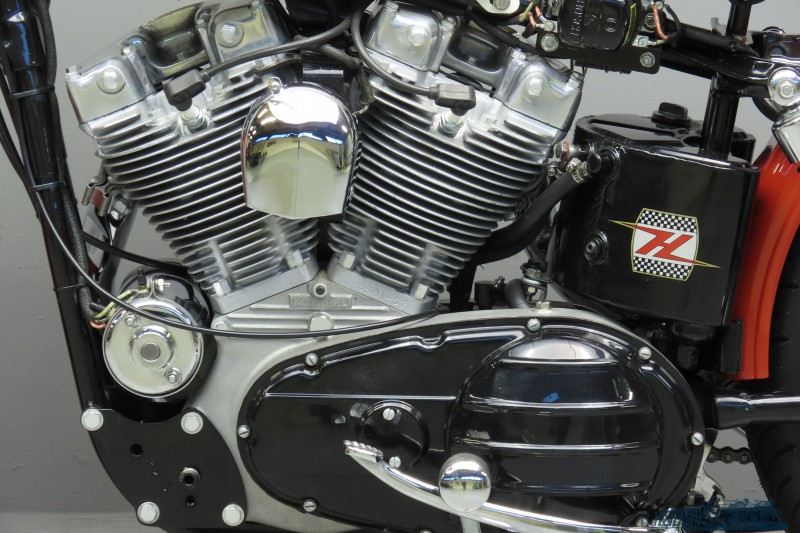 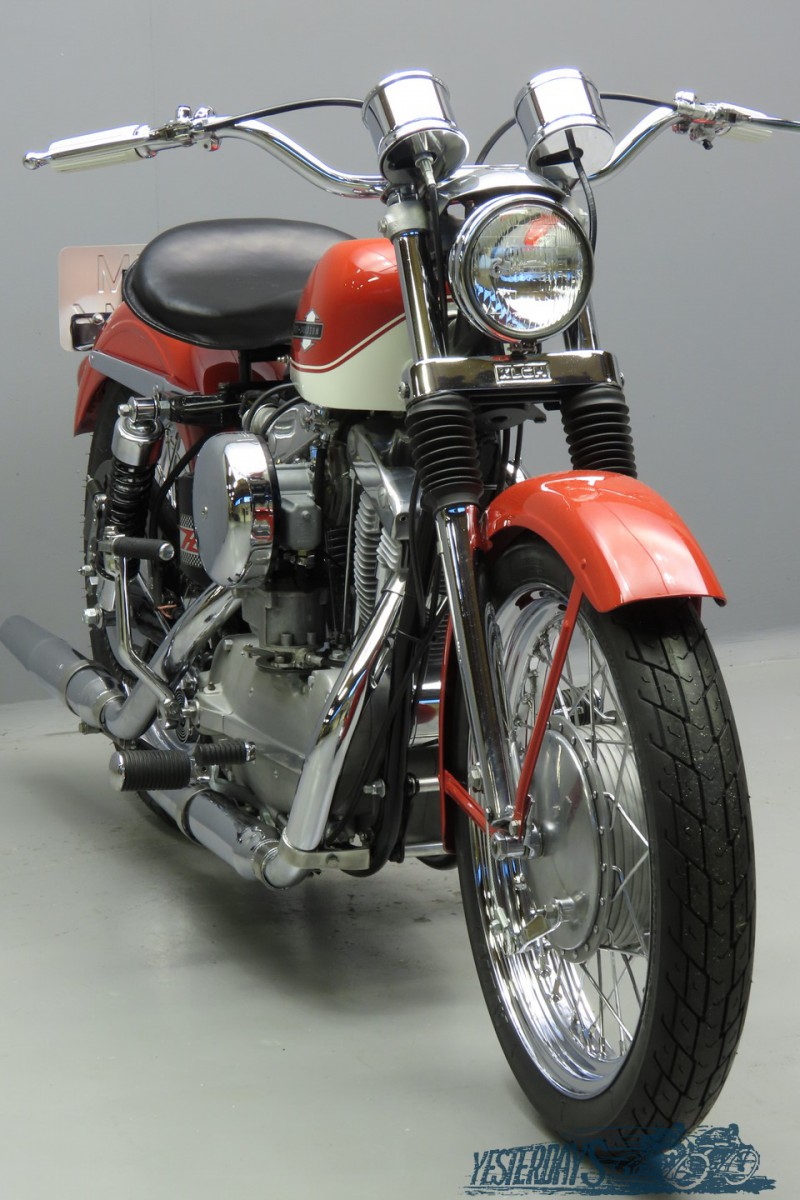 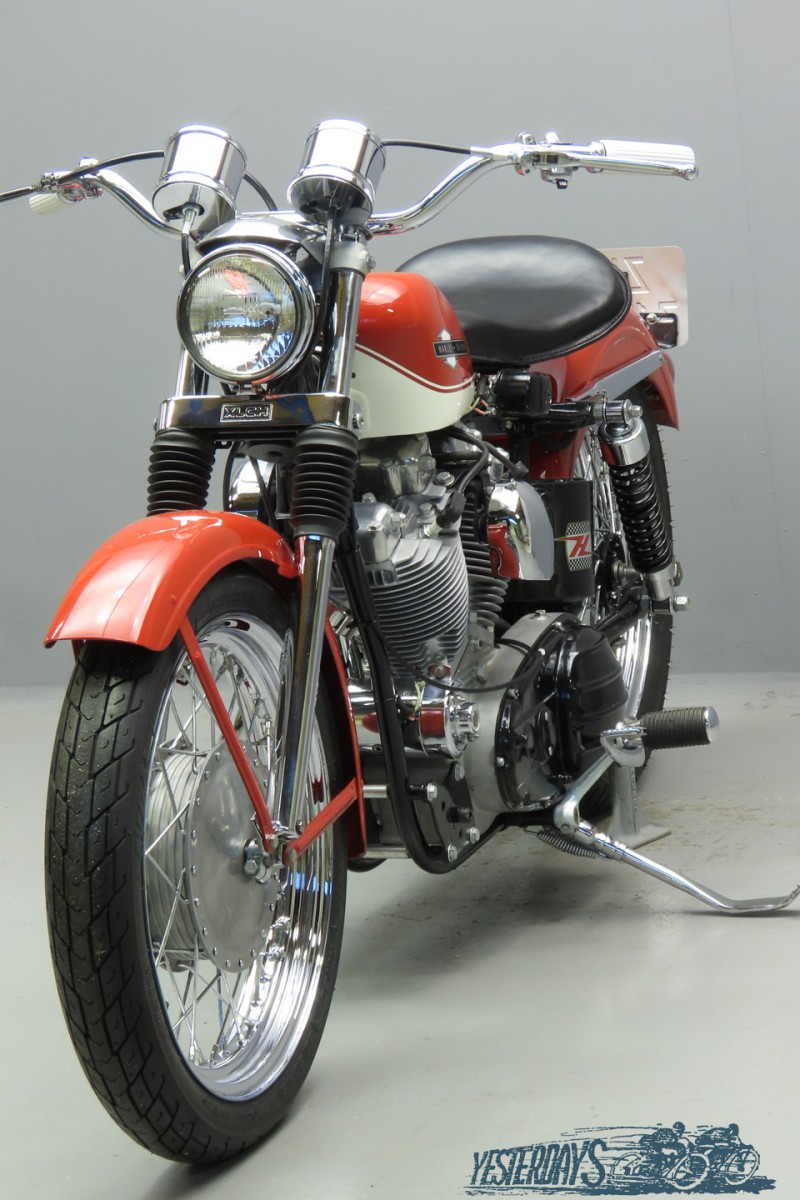 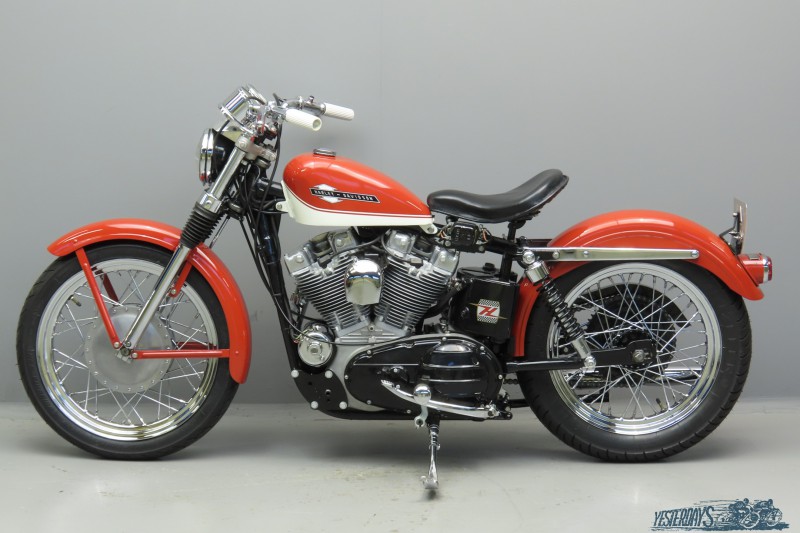 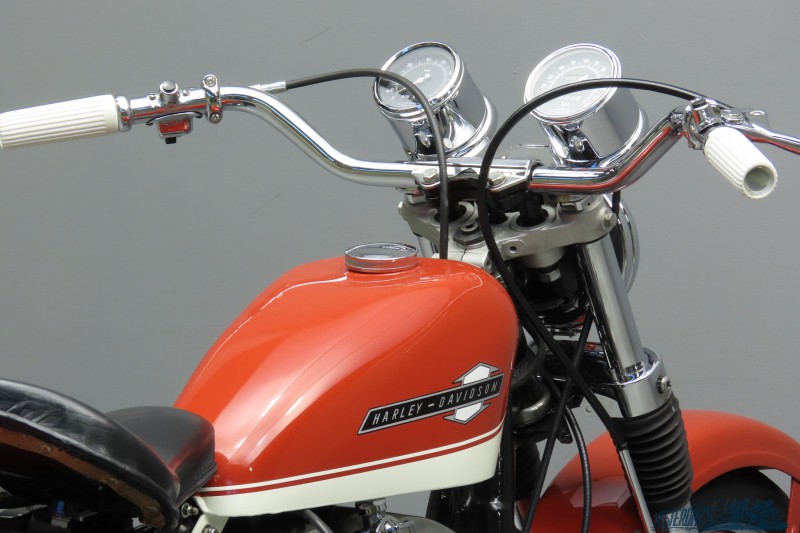 When it was introduced in 1952, the Model K was as radical a machine for Harley-Davidson as the Knucklehead had been in 1936, and the company presented it as a fully modern motorcycle. With full suspension front and rear, a unit-construction engine, modest weight, foot shift/hand controls and clean styling, the K was clearly intended to address foreign competition in the U.S. market. Unfortunately the K’s sales figures had not grown as expected in the face of the competition of imported British motorcycles. So halfway down the fifties it was decided to develop a new model that would be better suited to compete with the dreaded British imports. The “Sportster” arrived on the market in the autumn of 1956, featuring a newly-designed 883cc OHV engine that was good for a top speed of 160km. This engine was fitted to the rolling chassis that was developed of that of the K. The machine’s weight of 225 kg was quite moderate for a Harley. The XLCH was introduced for the 1958 model year and was fitted with magneto ignition instead of the more usual battery-and-coil. This system would be used up to and including 1969. The “lean and mean” Sportster became an iconic HD and was improved an updated year by year. The 1965 engine delivered some 40hp@ 6300rpm, good for 170km top speed. The ’65 XLCH weighed 200kg and 2815 machines of this model left the factory that year. New for 1965 were a 12-volt electrical system and an upgraded generator.
The machine we present has been restored to as-new condition and hasn’t been ridden since. It comes with an extensive file of documentation: 1965 sales folder, Rider Hand Book, various articles on the XLCH and invoices for parts and restoration work amounting to more than 12.000 euros. She’s in tip-top condition and registered for the road