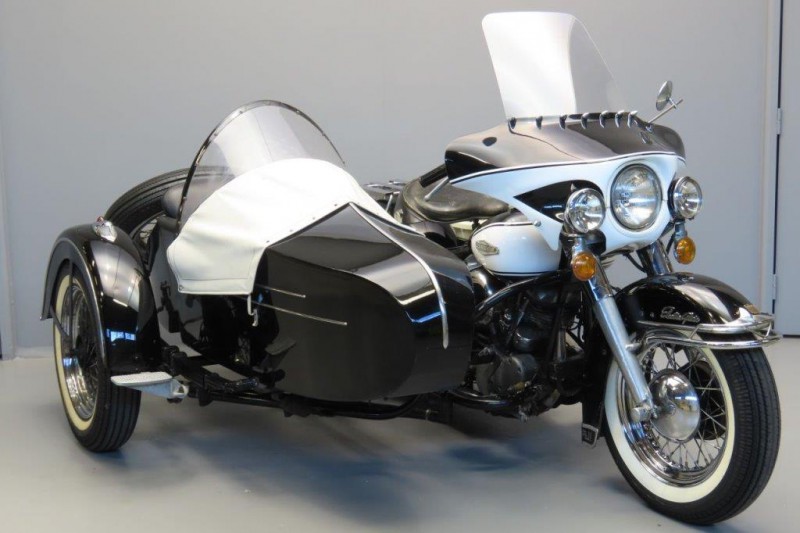 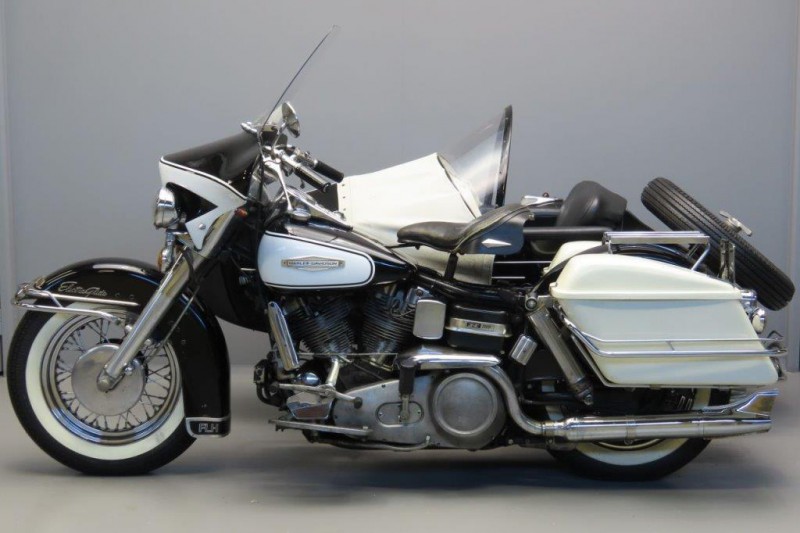 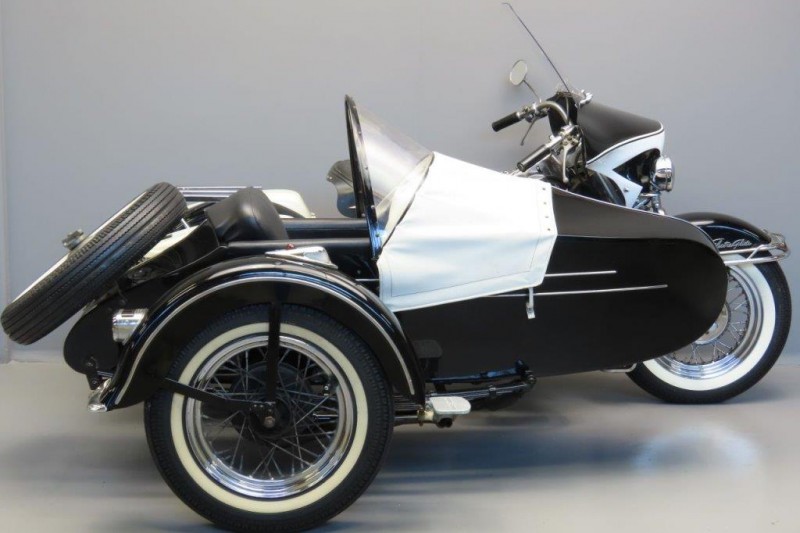 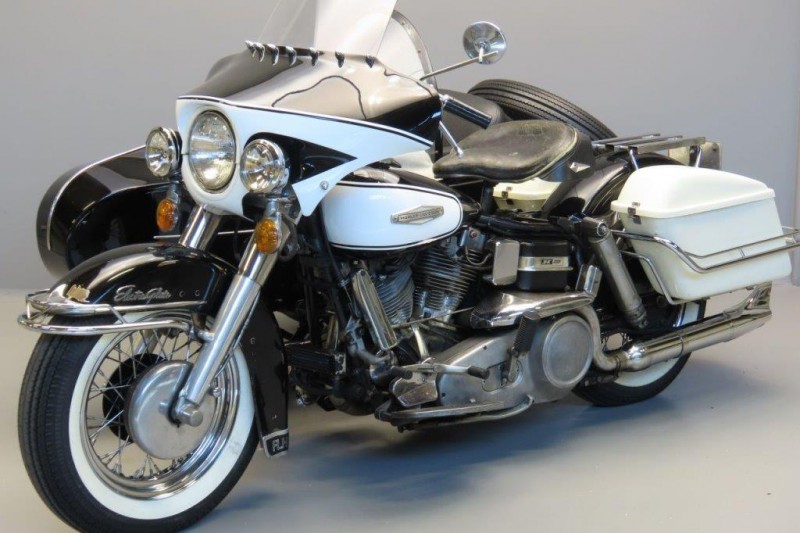 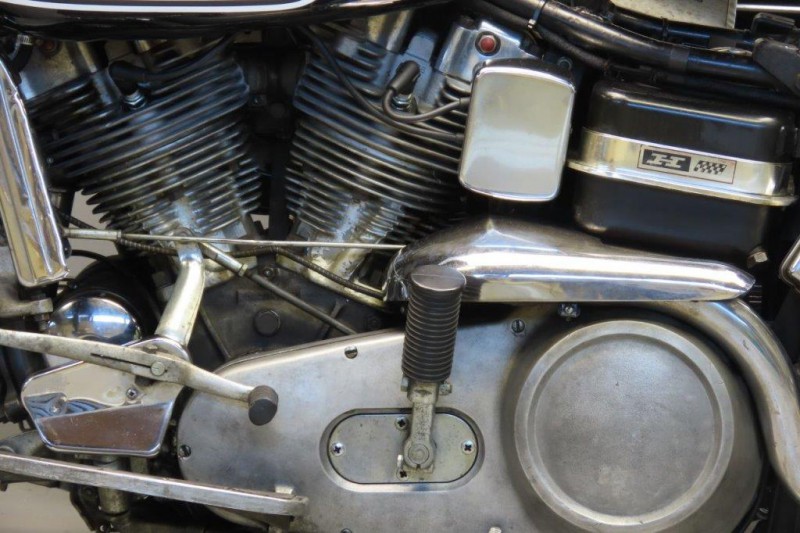 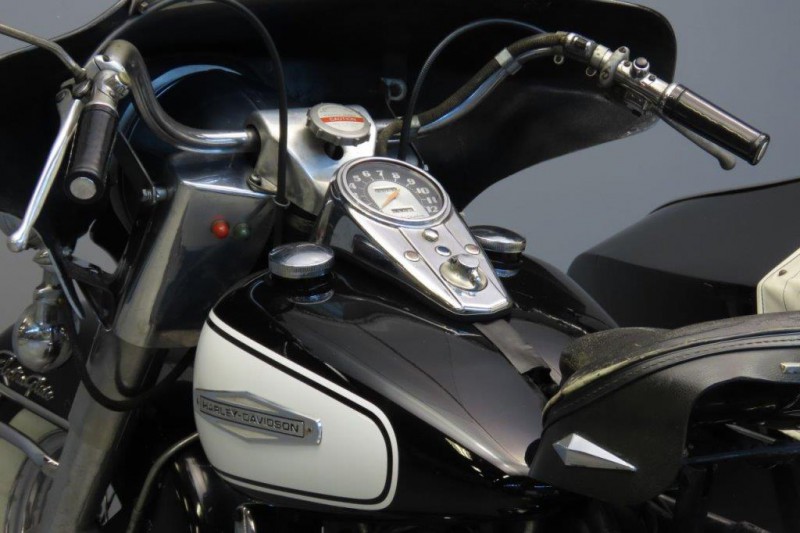 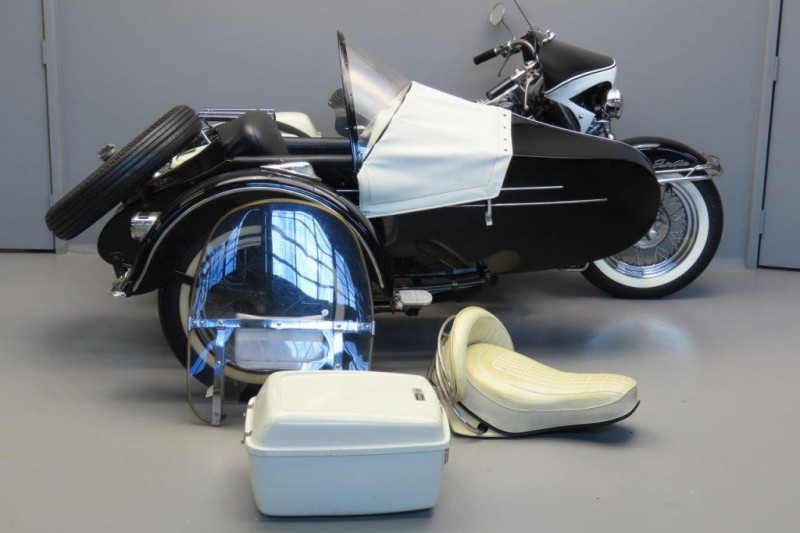 In 1965 the FLH had been modernized with electric starting, the first Harley two-wheeler to be so equipped.
That led to a name change from Duo-Glide to Electra Glide, celebrating the addition of the self starter, which made the bike accessible to a much wider range of customers.
Then in 1966, in answer to riders asking for more open-road passing power, the 74ci engine was given a new, better-breathing alloy top end, good for an additional 5-10hp.
The cylinder heads resembled overturned coal shovels, some thought – so in the FLH timeline, 1966 is remembered as the second year for electric starting and the first year for the ‘Shovelhead’ motor.
Also making their first appearance in ’66 were the Electra Glide’s signature saddlebags.
Harley-Davidson had acquired a Wisconsin fiberglass factory a few years earlier, a move that allowed the bags to be molded specifically for the FLH.
Even today, all Harley touring bikes all have luggage that resembles those first Electra Glide saddlebags.
Cycle World magazine tested an early Shovelhead-powered FLH and came away impressed: “In its field – high-speed, long-distance touring – the Electra Glide is without equal”, wrote the editors. “The Harley-Davidson 74 V-twin is one of the finest motorcycle engines ever built, not because it is revolutionary or unusual, but because it is the product of years of thoughtful, careful, conscientious development.”
This impressive combination is fitted with a rare Wixom streamlined upper fairing that was especially designed and manufactured to fit the 1966 Electra Glide.
Floyd Clymer’s Cycle of September 1966 featured a tour test of a Wixom-equipped EG and the writer concludes: “One has but to ride the big Electra-Glide for a few hundred miles and then return to a smaller machine to conclude that for sheer stability in running down the highway, noner will compare with it.
When fitted with the Wixom fairing its stabilty is increased. (…) This is a very noticable improvement to rider comfort over the regular windshield. (…) The entire outfit shows careful and skilful workmanship.”
The machine has been into the last owner’s custody for about 25 years and has been maintained by Harley-Davidson specialists.
It is in excellent condition throughout and comes with an extensive file covering maintenance and accessory bills, magazine features of the combination (Dutch), photos, and various other related documents. White buddy seat with handrail, original windshield with white leather windshield bag and top case are included.