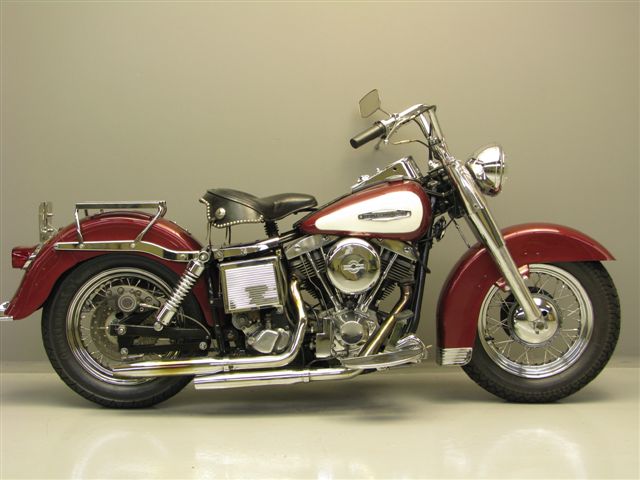 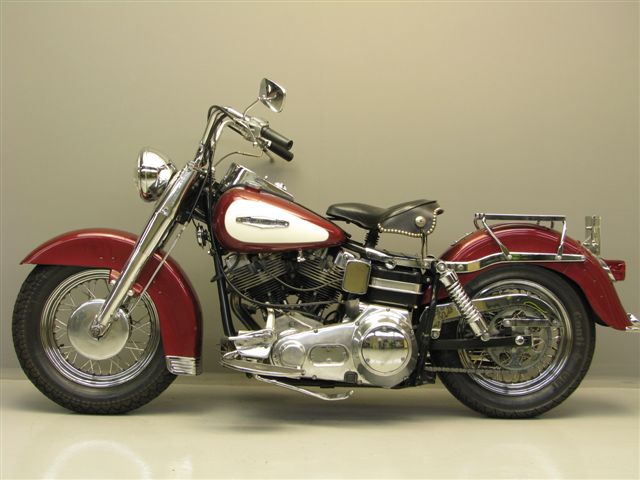 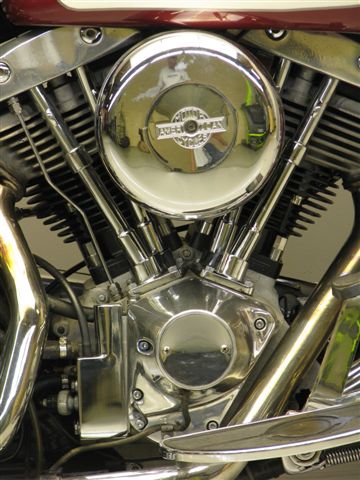 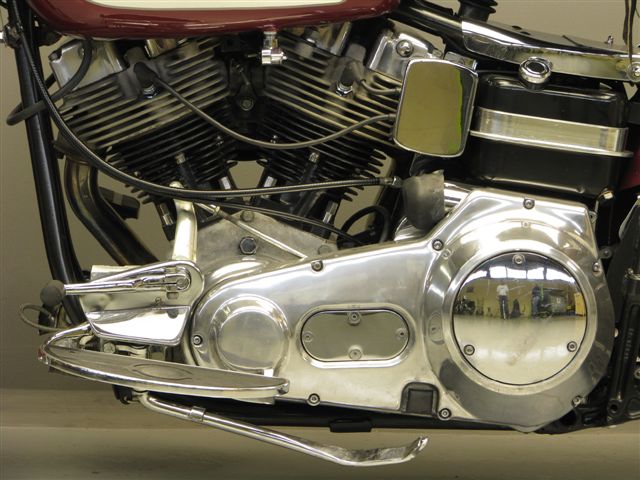 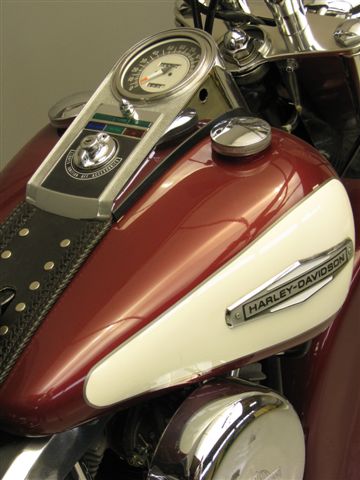 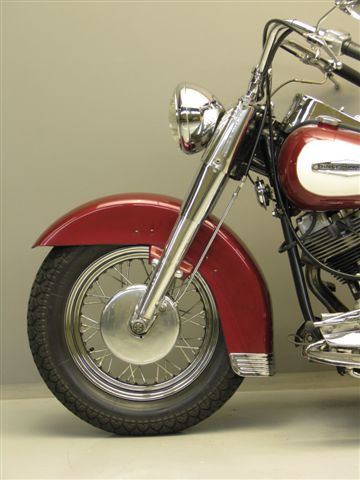 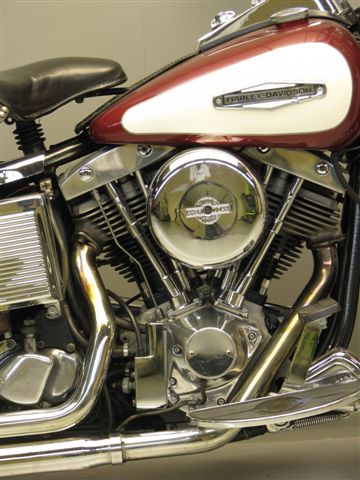 The FL 1200cc Shovelhead is an air-cooled, 45 degree, V-twin engine manufactured from 1966 to 1984
It has 1200cc of displacement and, after 1978, was increased to 1340cc for
Harley’s Big Twin bikes.
It replaced the Panhead style engines and in turn was replaced by the Evo engines.
The name "Shovelhead" was a continuation of the convention of naming the engines for the shape of the
rocker covers at the top of the engine. The Shovelhead has subtly rounded rocker covers that resemble the shape of a shovel.
The Shovelhead was in production so long during a time of innovation and competition that it was considered
a relic long before it was replaced.
This 1973 FL is in a very well running and good restored condition and is ready for show and/or go.