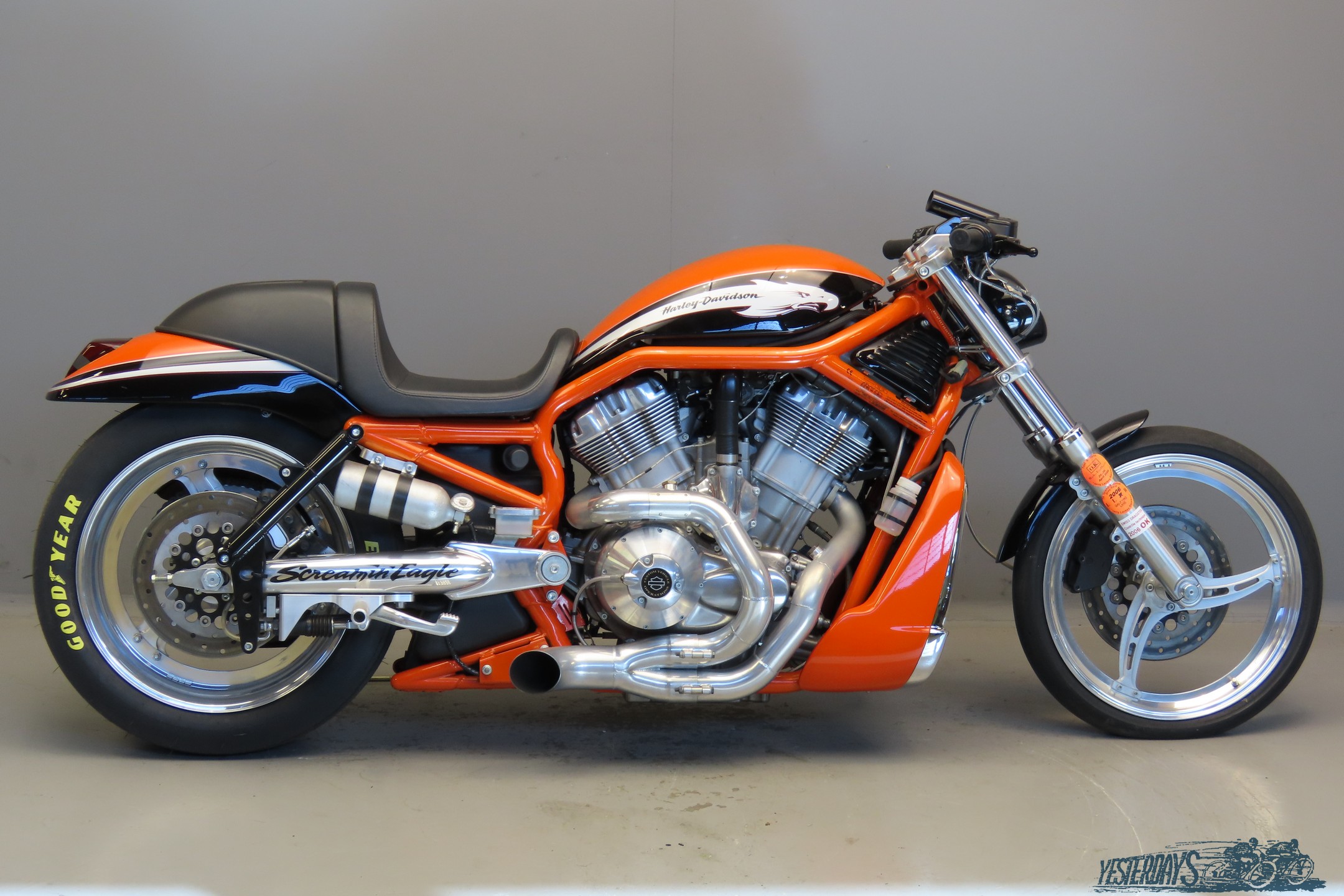 At first sight this impressive machine looks like a heavily modified V-Rod, but this is actually the way it came straight from the factory. Harley-Davidson’s Custom Vehicles Operations team were the brains behind the VRXSE Screamin’ Eagle V-Rod Destroyer. The Custom Vehicles Operations project was first launched in 1999 to create special edition models of Harley motorbikes. The idea was to build a factory drag bike capable of sub-10 second quarter mile times, and the company did this with great success: initially Harley-Davidson only planned on building between 150-300 VRXSE Destroyers. Dealer response was so positive, however, that production was increased to around 600 units in total.
The “Destroyer” is powered by a 1300cc 60-degree liquid cooled V-twin that delivers 165 hp @9700 rpm, good for a quarter mile in less than 9 seconds and a top speed of around 230 km/h. Bore x stroke are 105 x 75 mm and the compression ratio is an impressive 14.0 : 1. The engine has a double overhead camshaft and four valves per cylinder.
Dry weight without wheelie bar is 239 kg and the machine has a five-speed gearbox that is operated via air pressure. The compressed air is carried in an air shifter bottle and upshifting is done via a button on the left side of the handlebars. Downshifting can only be done with the foot lever. The beefed-up racing gearbox has a multi-stage lock-up clutch, a programmable shift light, and two-stage launch control.
Harley has added a wheelie bar to the rear of the Destroyer, which stops the motorcycle’s front end from flipping up when it starts to accelerate. This bar also has side panels, which professional drag racers have used to provide additional space for sponsorship. The instrument panel has only one instrument, a digital tachometer, which measures the motorcycle engine’s rpm. This very special V-Rod Destroyer comes with Owner’s Service and Set-Up manual and is in near new condition. She’s a thrill to look at, let alone to race!