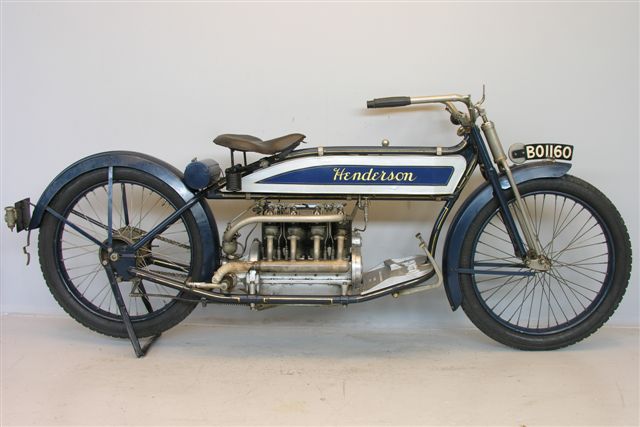 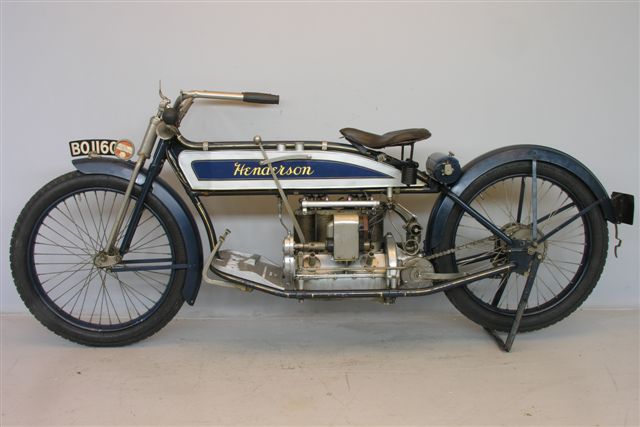 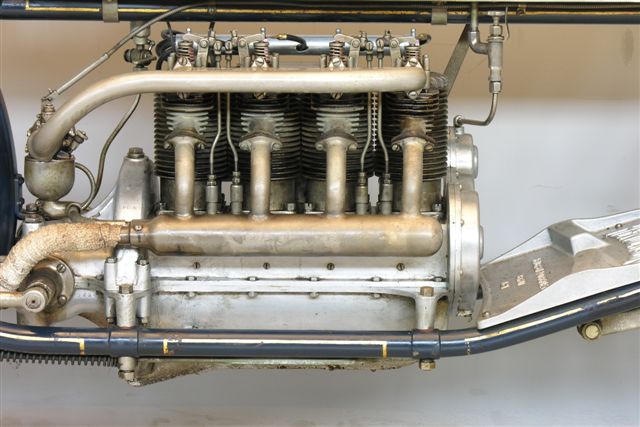 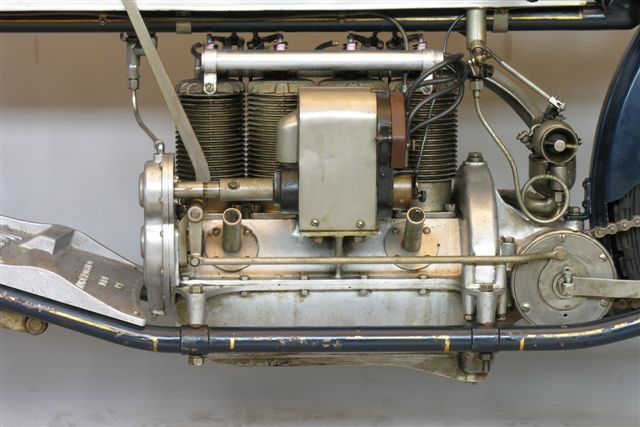 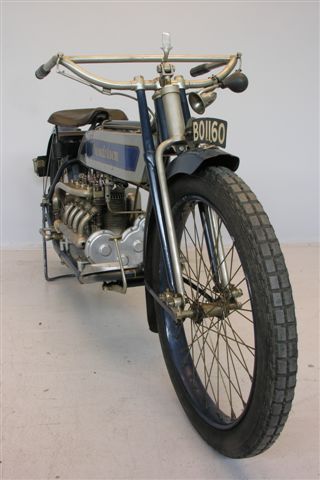 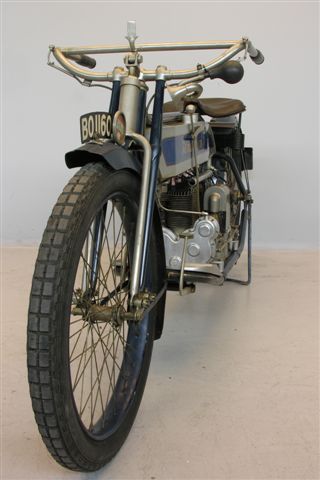 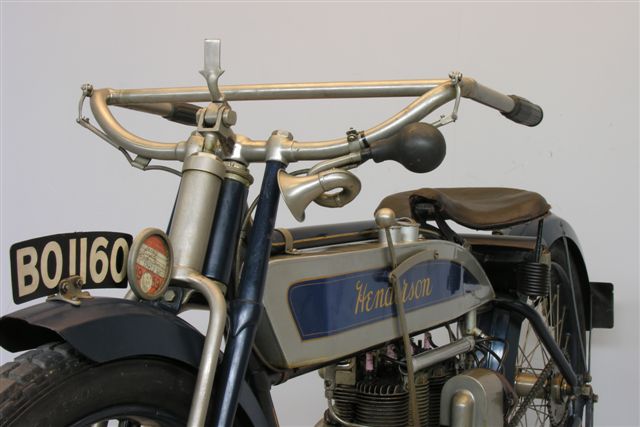 With the phrase “ a new one from Detroit” the Henderson factory introduced its first production model in November 1911.
To underline the machine’s qualities Carl Stevens Clancy made a journey around the world with a Henderson four, covering a distance of 18,000 miles.
From the 1913 model on yearly improvements were made in the design: in  1913  the cylindrical petrol tank was changed to a flat one, the saddle position was lowered and the rear brake improved. The 1912 and 1913 models were single speeders with drip feed oil system, Eclipse clutch and hand crank start; in 1914 a two speed hub gear was introduced and 1915 saw the introduction of a shorter frame; the early frames had a wheelbase of no less than 65 inches, the 1915 model was shortened to 58 inches.
This rare 1913 model  is very well documented: it was in the possession of a Mr. Arthur Angle from Cardiff, England  from 1913 to 1940.
It later changed hands and was restored  by a Mr. Count, who prepared it for several  Pioneer Runs in the early fifties.
In October 1958 he offered the machine for sale to a Mr. Raymond  Jack Chandler for 120 pounds; he described the machine as “the only one in the British Isles, displayed at the Earls Court Motorcycle Show in 1956 and complete and running”.
In a later letter Mr. Count thanked Mr. Chandler for his offer of 55 pounds but he remarked that he had already got an offer of 80 pounds from America.
He  had declined this offer because  already too many British treasures had crossed the ocean.
The minimum offer should be 65 pounds; otherwise the machine would not be sold and would be oiled  and prepared for long time storage:  Mr. Count expected the value of the Henderson to go up  to a great extend  with he passing of the years. ( A man with foresight, this Mr. Count…)
In a further letter Mr. Count wrote  to be  pleased that Mr. Chandler had  got home safely with “the old warrior” and he gave some hints and tips on the old Henderson.
In June  1959 Mr. Chandler had the petrol tank enameled; the last tax disc is  from 1959. Magneto problems probably stopped the machine from being ridden in later years.
Recently the magneto has been rewound and new tyres have been fitted.
The first test ride after   almost 50 years  of storage really did impress us:  the machine is fast and powerful, it runs smoothly and behaves very well on the road.