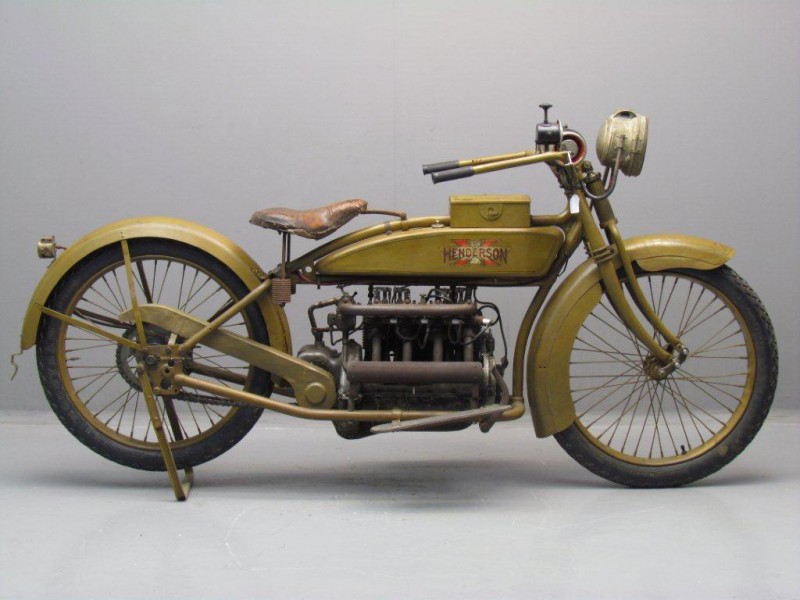 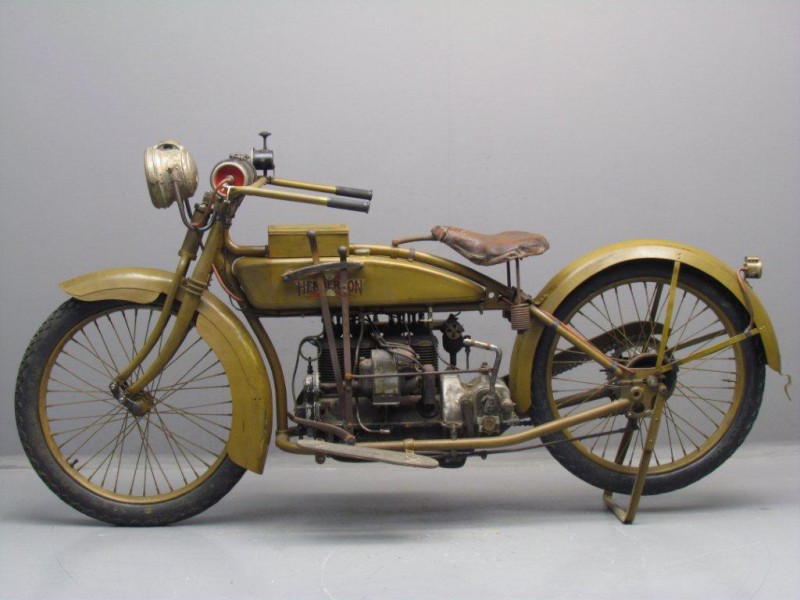 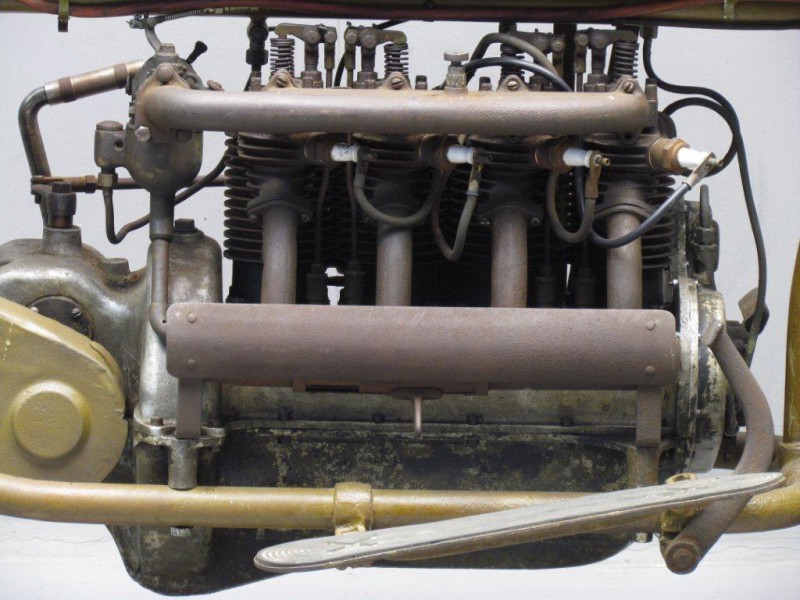 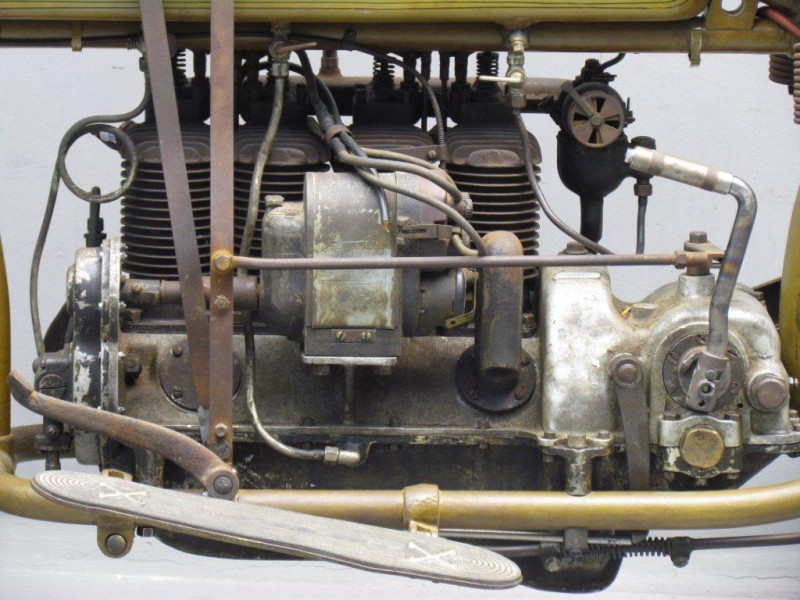 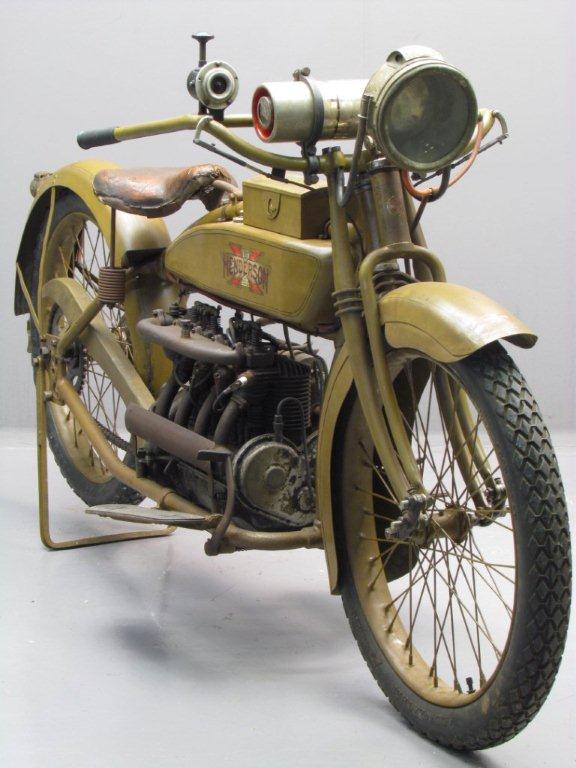 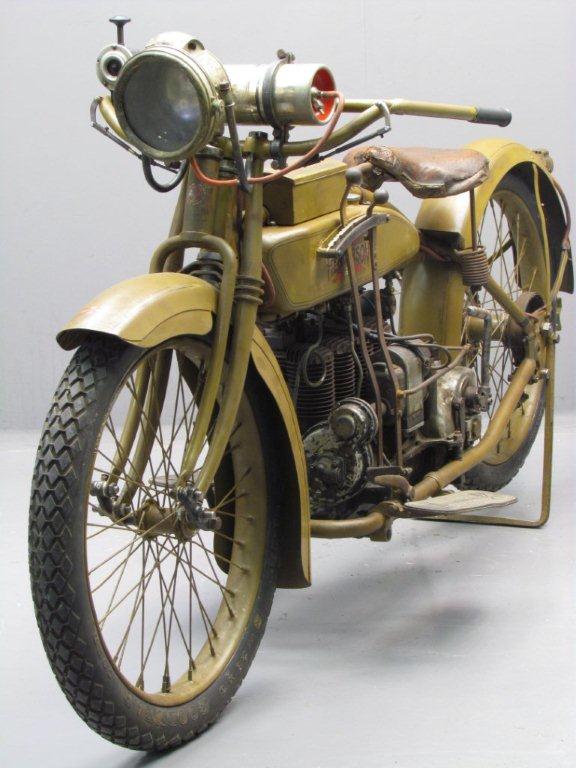 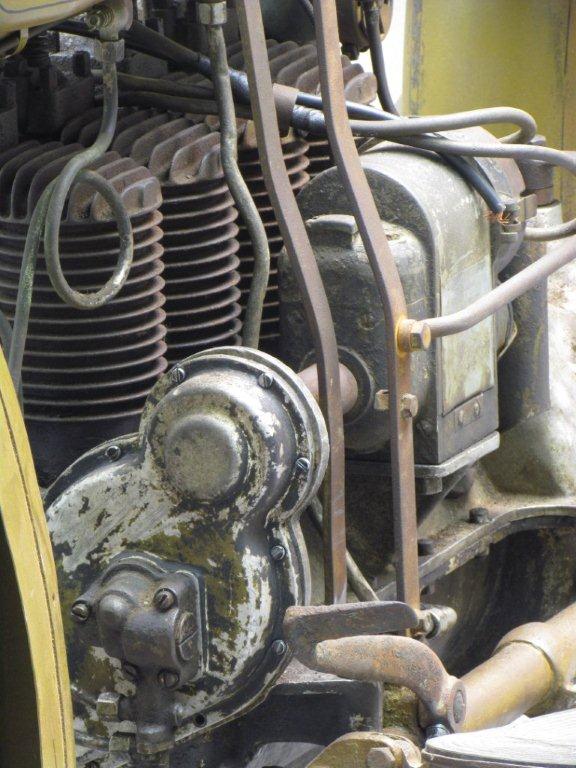 This rare 1919 Henderson has an inline four cylinder engine which drives the bike via a 3-speed gearbox and chain drive to the rear wheel.
It has the inlet over exhaust or "pocket valve" configuration.
The engine is 1147cc (70cu. inch) The sound of the engine is "car like" but more "throaty",  much like a little Ferguson tractor.
The bike is pretty fast.
We clocked a similar Henderson at 115km/h, 72 mph.
Carburation of the four cylinder is through a Schebler connected through a long intake manifold.
The mixture duct of the Schebler gets its air from a separate pipe  which is led through the muffler.
Thus the intake air is preheated. It is quite easy and often necessary to adjust and tune the carburettor during driving.
On the open roads  a “Z”  is running "long legged" and free and we measured mileage in the range of 0,35 litre/10 km or    65 miles to a US gal.
Driving in modern traffic in towns with stops at traffic lights is pretty easy due to  the well-designed  foot and  hand operated clutch.
There is  only  one brake, a  rear brake and that’s  a  factor  which makes this a bike for the wide open spaces….
This rare 1919 Henderson 4 should be considered as "unrestored" and will need full refurbishment.
There are still traces of the original paint and the bike comes complete with an Old Sol head lamp, an acetylene gas tank, acetylene  tail light and push horn.