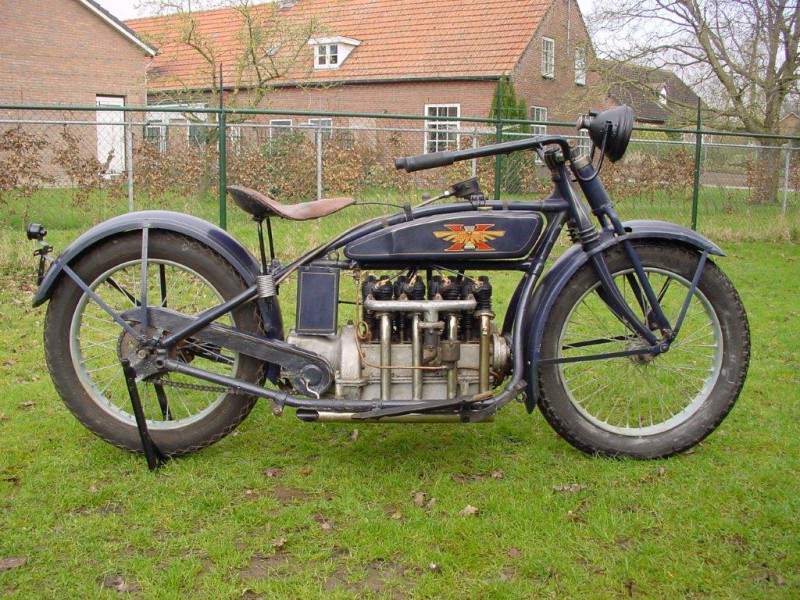 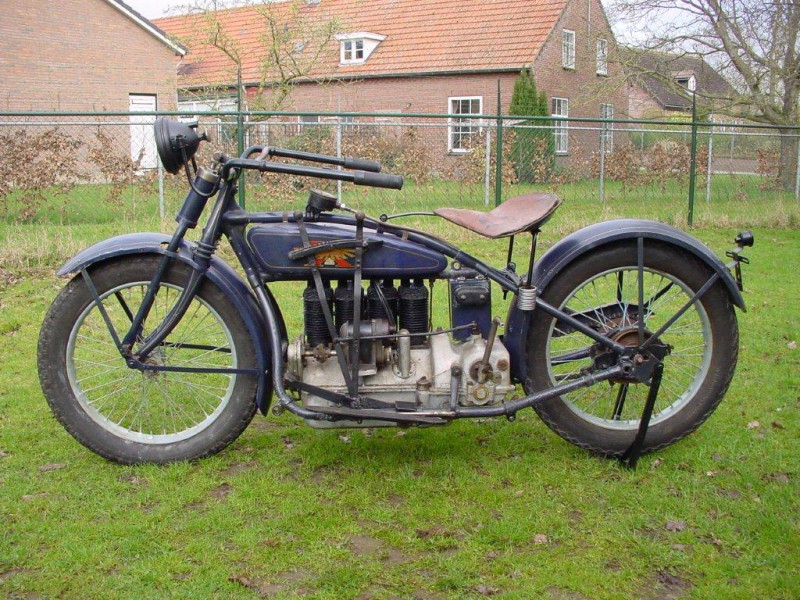 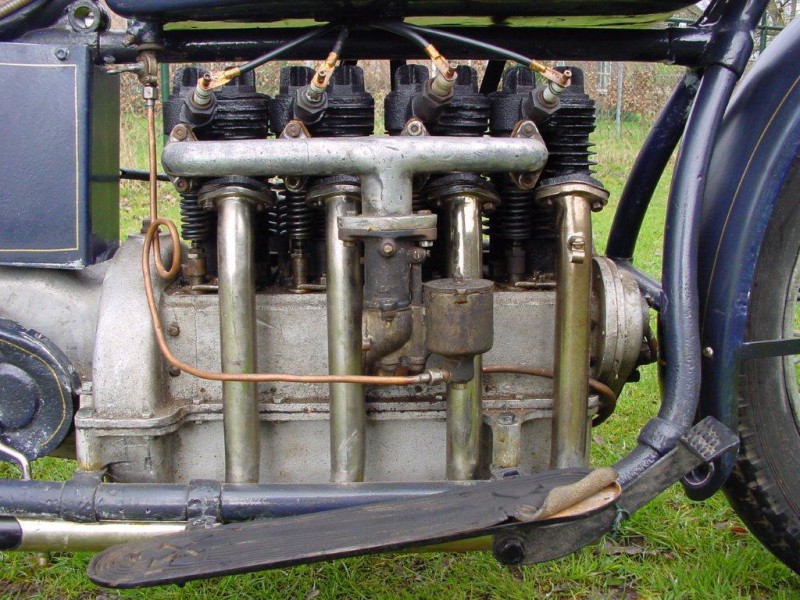 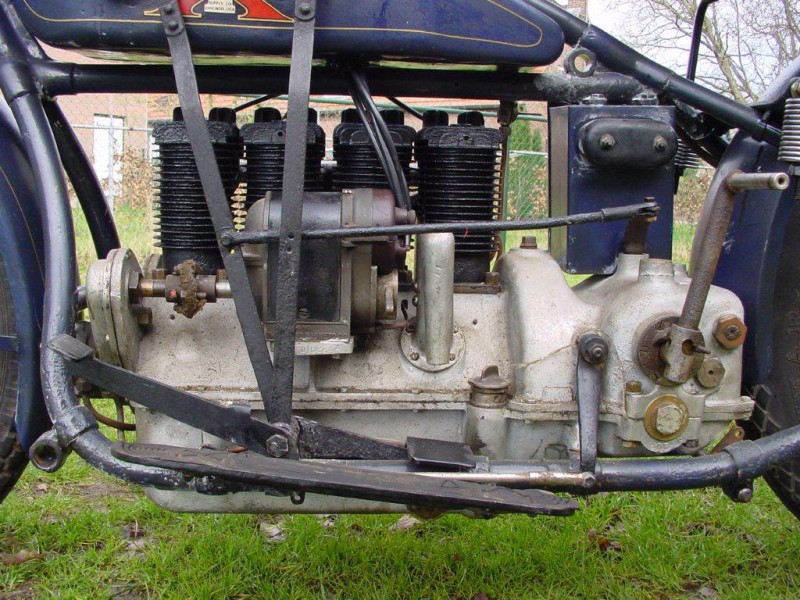 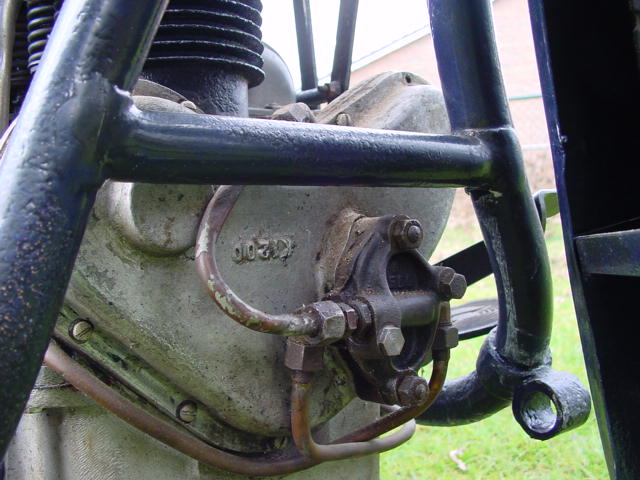 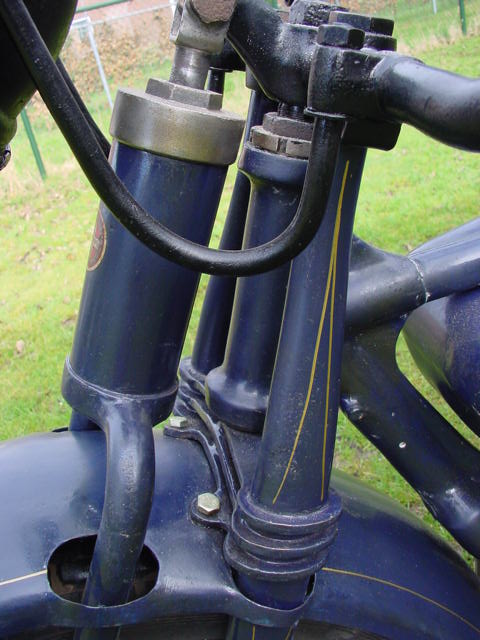 With the phrase “ a new one from Detroit” the Henderson factory introduced its first production model in November 1911.
To underline its qualities Carl Stevens Clancy made a journey around the world with a Henderson four, covering a distance of 18,000 miles. From the 1912 model on yearly improvements were made in the design, and by 1917 Henderson was such a flourishing company that Ignaz Schwinn, the owner of the Excelsior Company, made the Henderson brothers an offer they could not refuse and from then on the  Henderson motorcycle became part of the Schwinn empire.
In the autumn of 1919 the model K was announced: it had a larger capacity engine with full pressure lubrication and side intake & exhaust valves and fully enclosed rear chain.
The next important step in development came in 1922 when the ” DeLuxe” came out: it had larger intake manifold & carb, new crankshaft, better cooling of cylinder head and a much larger rear brake.
The engine developed 28 HP @ 3,400 rpm and every model was guaranteed to do 80 mph.
These machines became very popular with police forces all over the country.
In 1925 the DeLuxe got a new profile: the frame was made to slope downward at the rear to give a lower saddle position; the tank was made shorter and wider to maintain the same fuel capacity.
Hence the division in “long tank” and “short tank” DeLuxe models.
This 1925 short tank model needs restoration but will be a very worthwhile project.