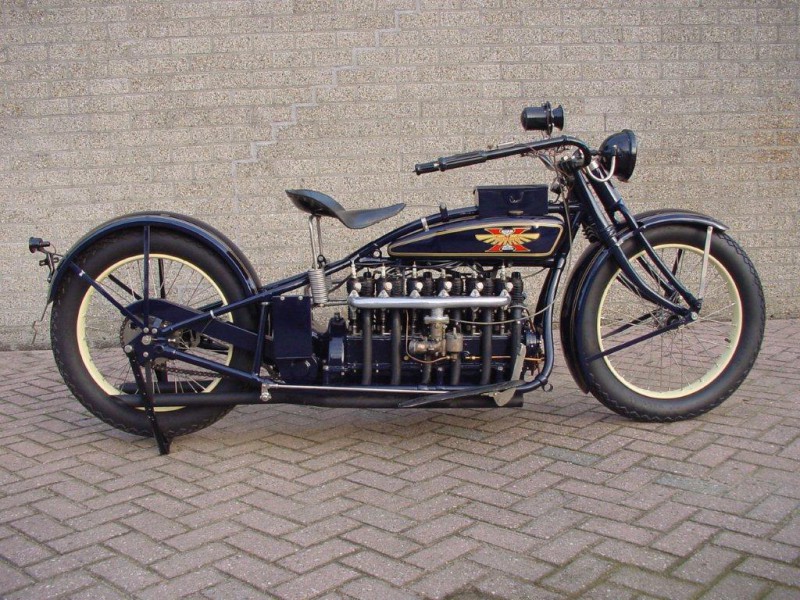 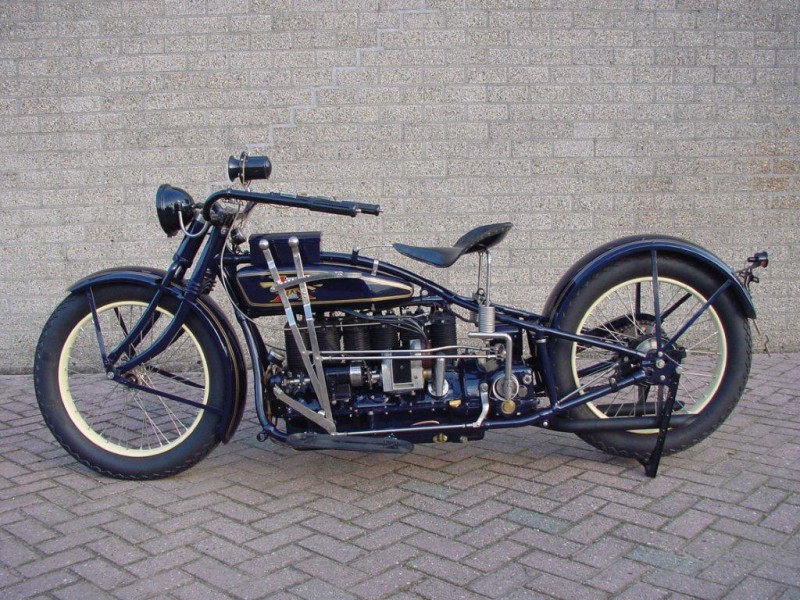 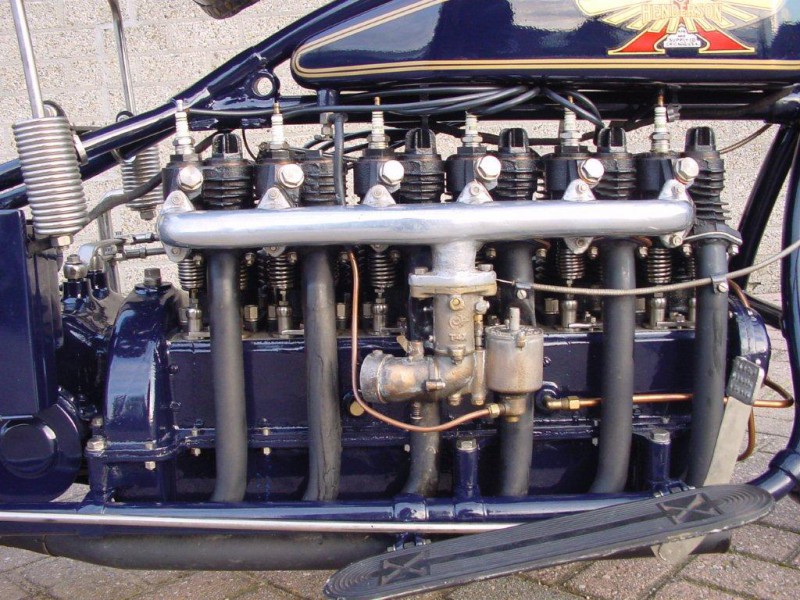 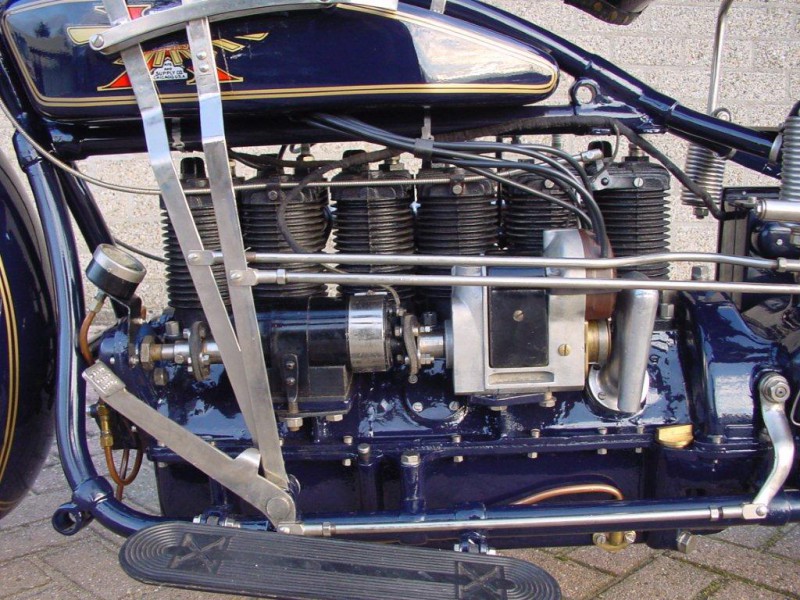 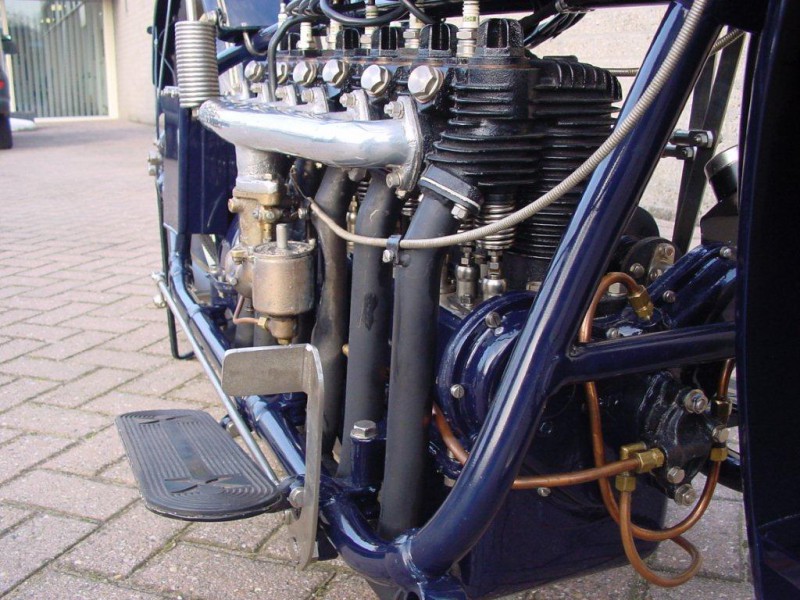 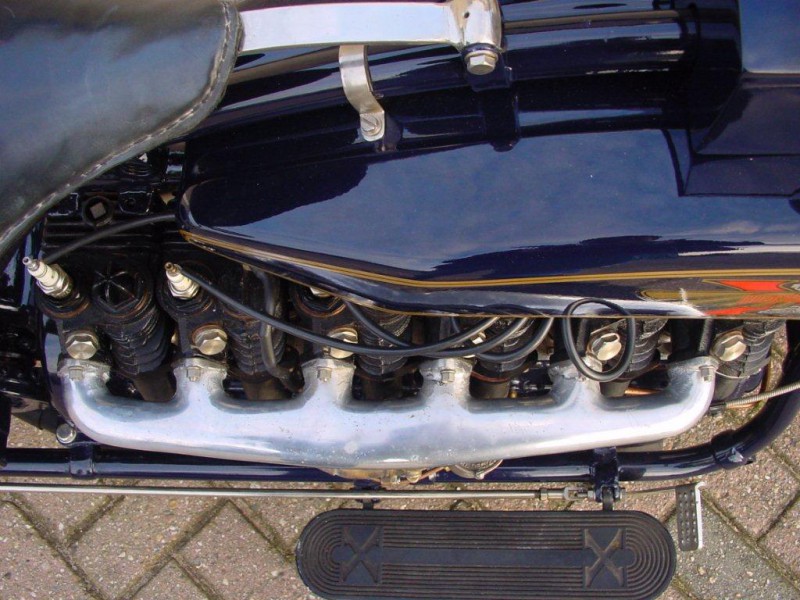 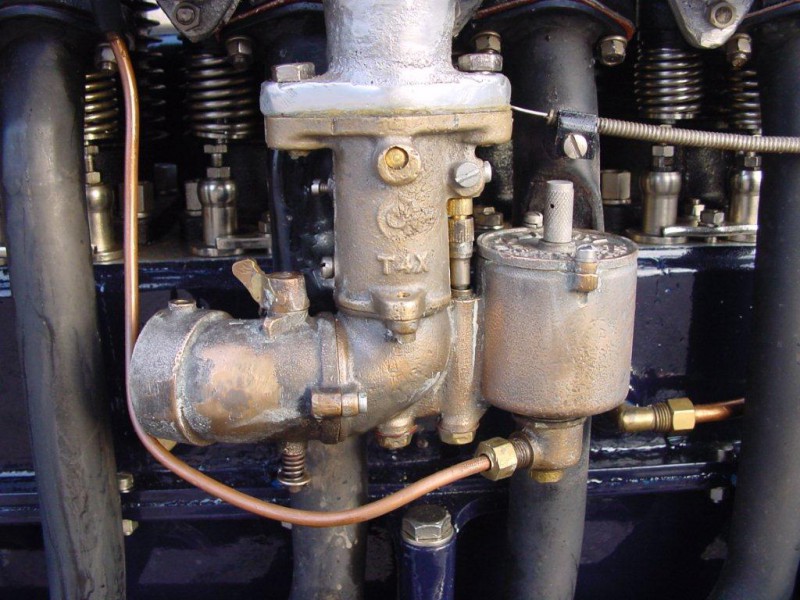 Sometime in the twenties or thirties, it seems, some Henderson fours were converted to six cylinder machines.
No mean feat, this involved a little more than cutting and welding:  new crankshaft and camshaft had to be made and the frame had to be altered  to accommodate the lengthy power source, to name a few of the complications.
More room on the side of the engine gave the possibility to put magneto and dynamo in line.
It is not known how many of these hybrid machines were made and by whom: one or two ended up in Europe and we were very fortunate to be able to acquire this rare beast .