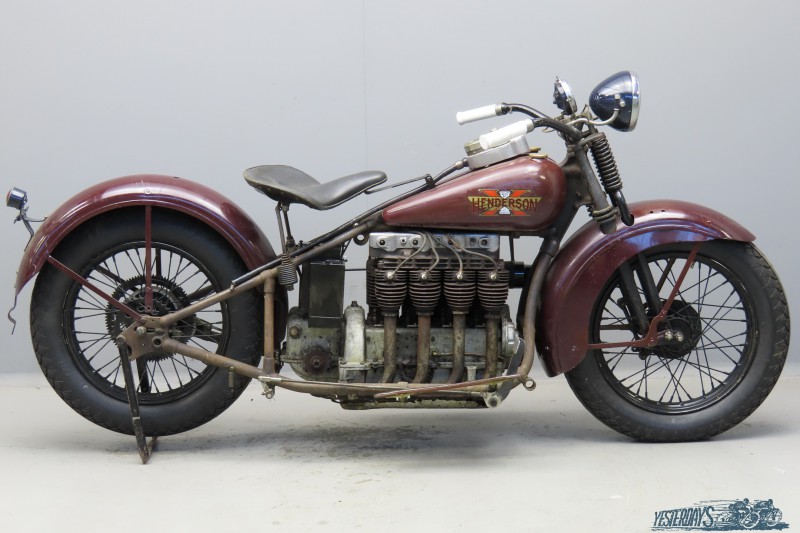 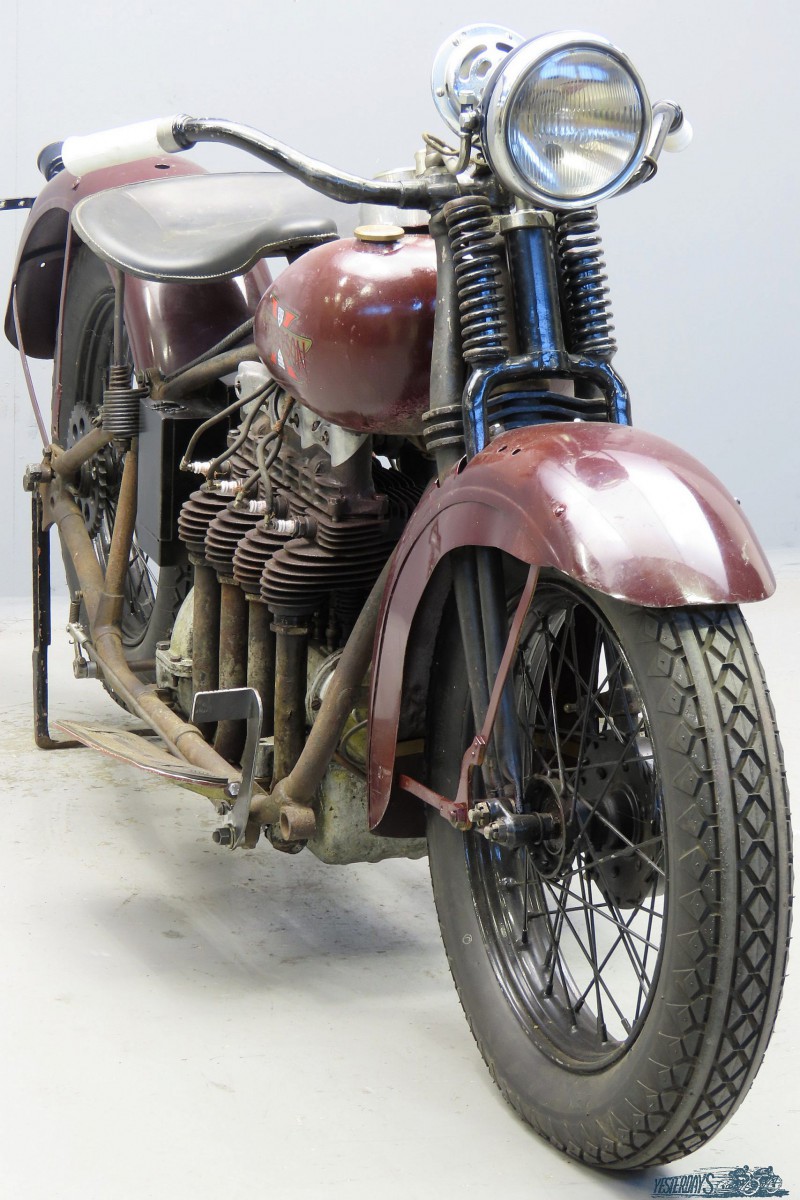 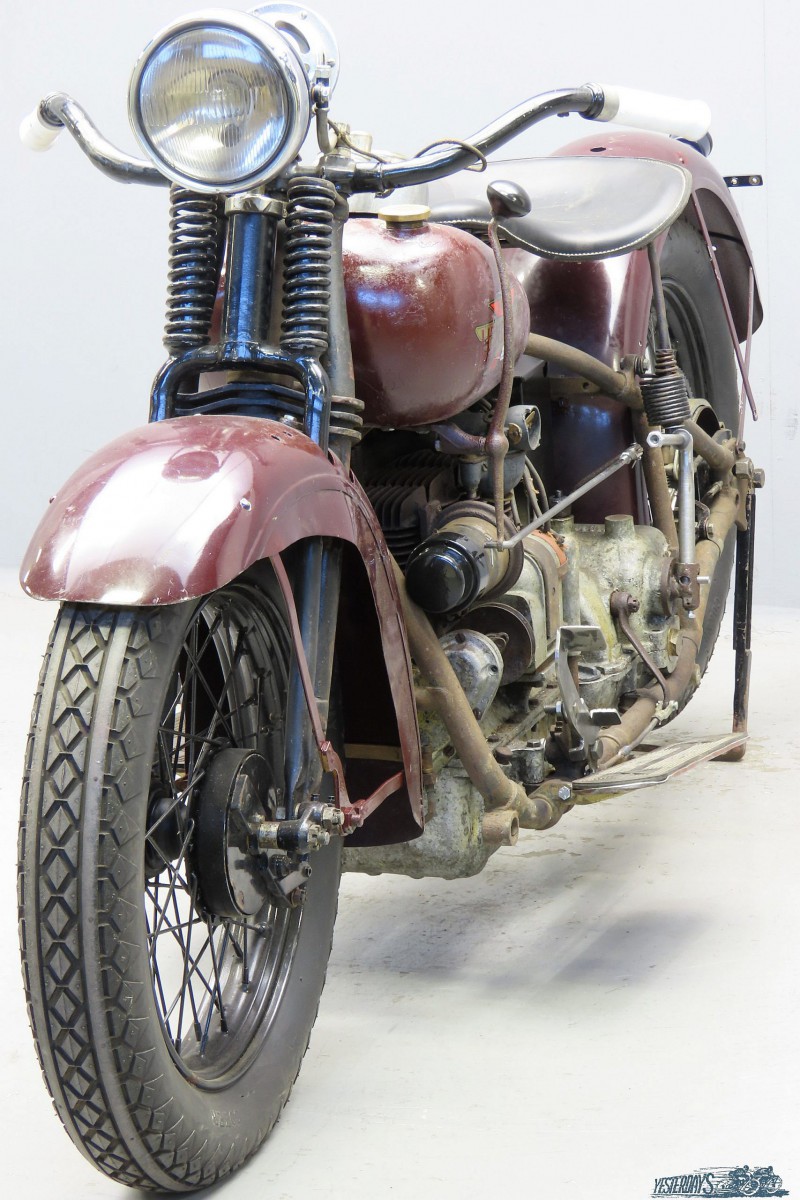 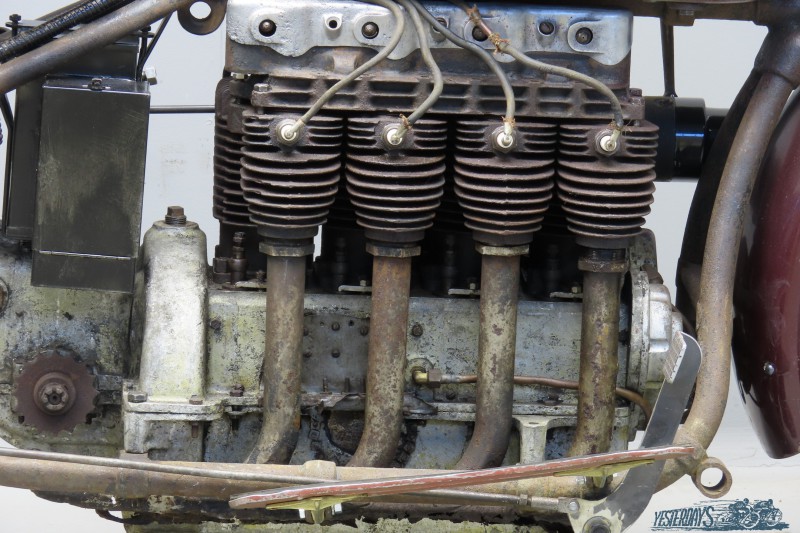 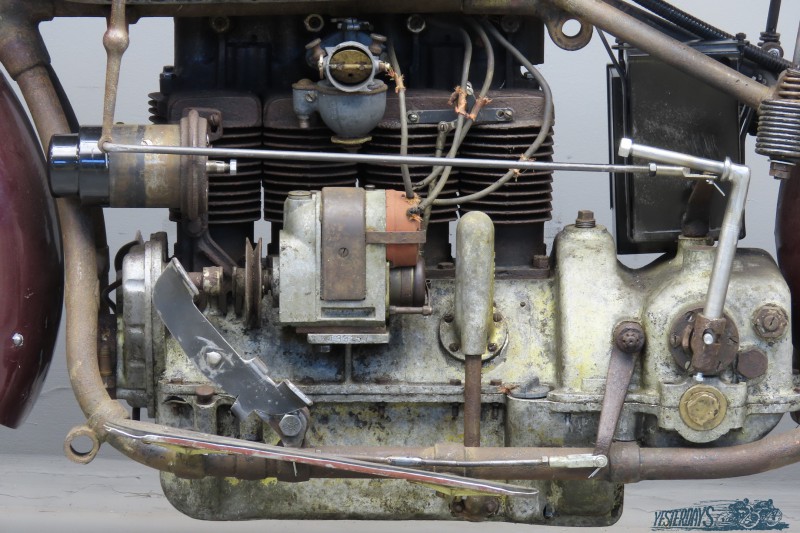 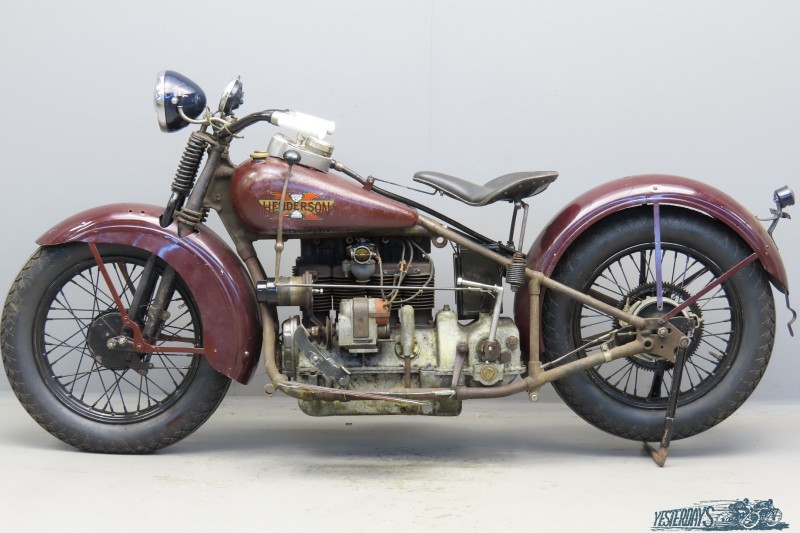 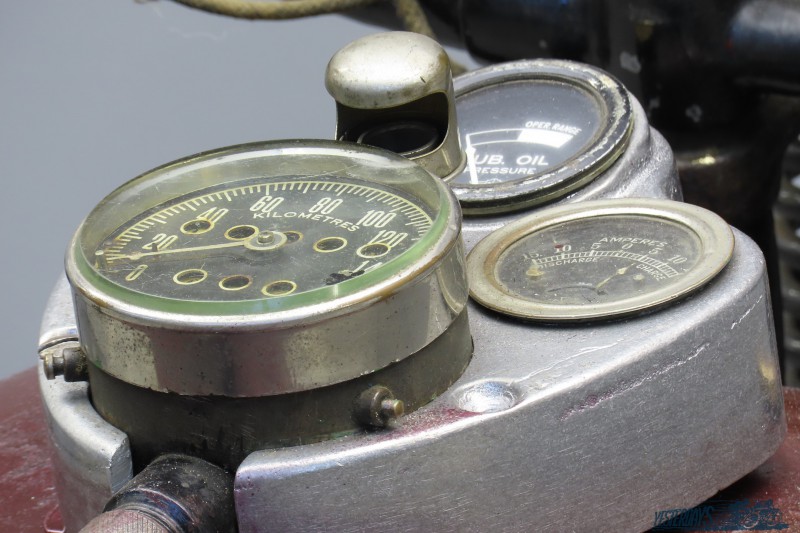 Founded by Tom and William Henderson in Detroit in 1912, Henderson built nothing but four-cylinder motorcycles in its 19-year existence. Numerous detail improvements were made throughout the 1920s to ensure that the Henderson remained ‘the finest motorcycle in the world’. Nevertheless, by the decade’s end it had become obvious some thorough design changes would be needed to stay ahead of the pack. The result was the ‘KJ’, designed by ex-Harley-Davidson engineer Arthur Constantine. The new model was announced to the public in April 1929 and it was dubbed “the streamline Henderson” because of the graceful lines of its mudguards and petrol tank. The cast-aluminium tank halves took away the view of the frame top tube and had the looks of a saddle tank. The smooth-running KJ had a five-bearing crankshaft to replace the old three-bearing one, new design cylinders with heavier finning, new unit valve cage design with overhead inlet valves and a down-draught carburation system, to name some new features. On top of the tank a graceful instrument cluster was placed, consisting of oil pressure and amp gauges, speedometer and light switch. The brochure announced no less than 57 major improvements, and of course blew the new model’s trumpet: “The new Henderson offers you the last word in attractiveness and beauty of outline plus the ultimate in performance. The gracefully rounded curves, the long sweeping streamlines, the low saddle position, the balance and symmetry all combine to make an irresistible appeal to the eye.”
Producing 40bhp at 4,000rpm the Streamline Henderson proved exceptionally smooth and tractable, being capable of accelerating from 10mph to over 100mph in top gear. Sales were encouraging but with the Depression biting, Ignaz Schwinn decided to quit while he was ahead, ending production of all Henderson and Excelsior motorcycles in 1931.
Ted Hodgdon wrote an article about the Henderson history in the 1960-1961 Winter issue of the magazine of the AMCA. His concluding paragraphs: “In 1931, Mr Schwinn returned from a trip to Washington where he had consulted a friend who was up high in the government, and had learned from this friend that business would become worse – much worse before it came better. This was in the depression time and Mr Schwinn had no wish to continue manufacturing motorcycles under a worsening depression picture. The next morning he called in his department heads and simply made the plain flat statement “Boys – today we stop!”
Thus, the Henderson story came to an abrupt end in 1931. For twenty years it had reigned supreme and had pioneered multi cylinders, pressure lubrication, plain bearings, unit construction with motor clutch transmission, electrical equipment and lubrication plant including oil reservoir in one entirely self-contained unit readily removable for servicing.
It was the neatest, cleanest and most advanced motorcycle of its time and was considerably superior in many important respects. Small wonder that these Henderson “Streamlines” still in existence are so carefully preserved by their enthusiastic owners. If you are lucky owner of a Henderson Four –any year—restore it, rebuild it, and treasure it! For there, you will have one of the finest motorcycles ever to roll on the highways of America.”

The machine we present here is a restoration project. It’s mostly complete and the crankcase will need attention: it has been repaired in an “artisanal way”, probably a very long time ago. The chain case is not there, but a big asset is the elaborate aluminium dashboard that is often missing or damaged.