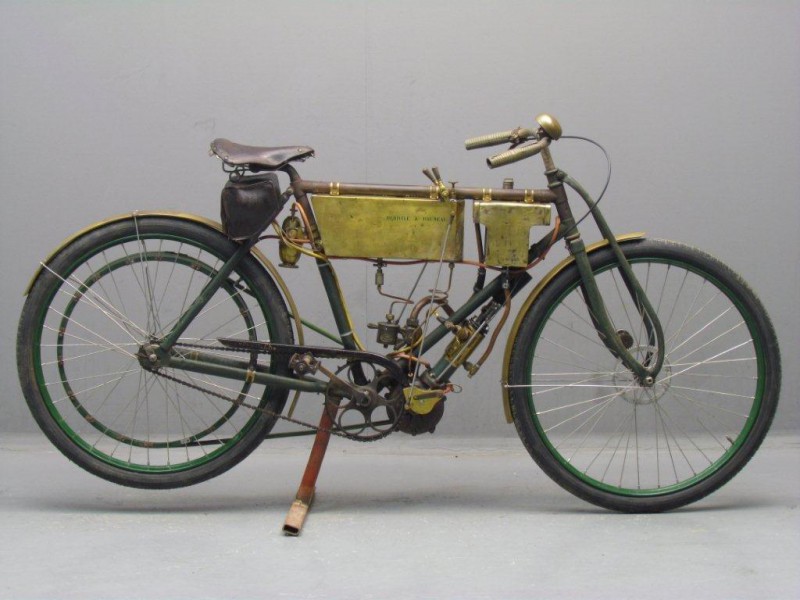 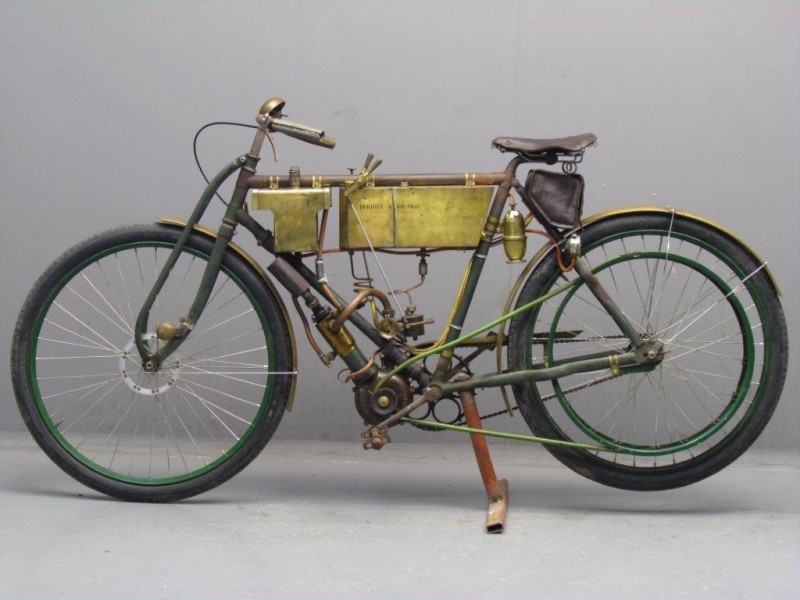 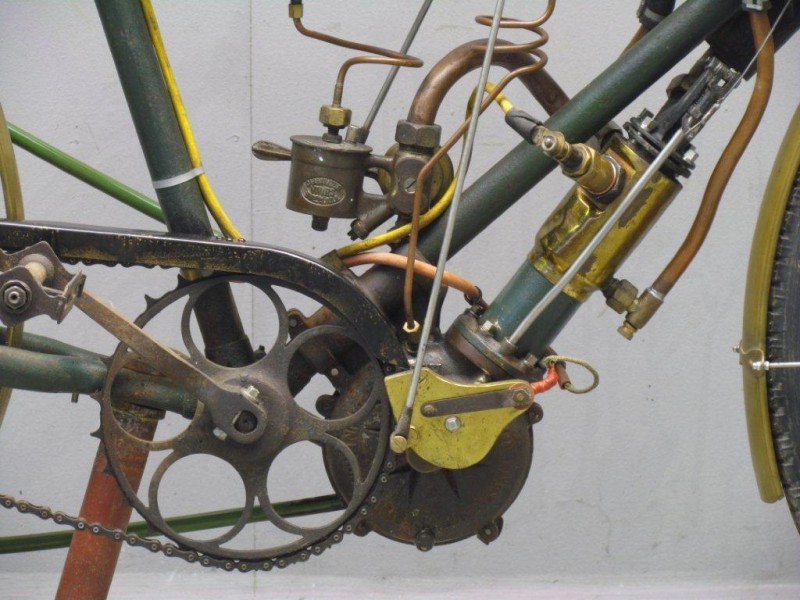 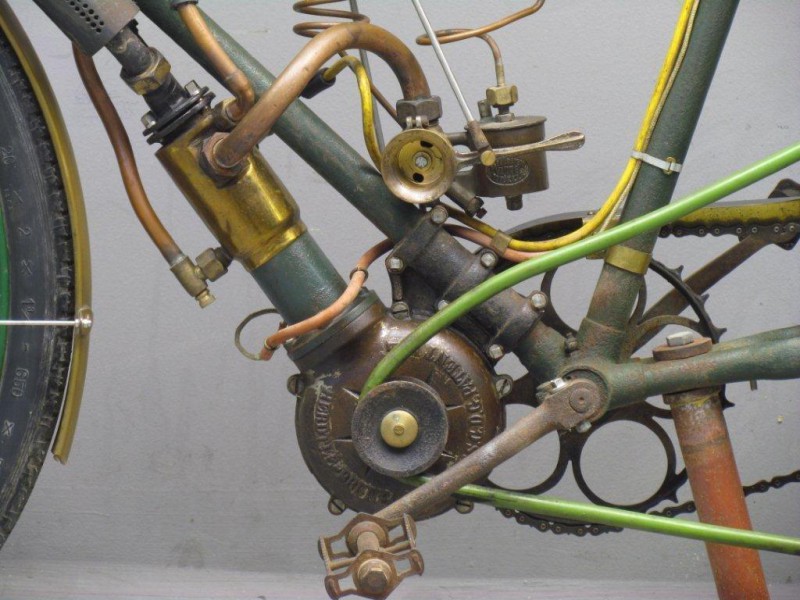 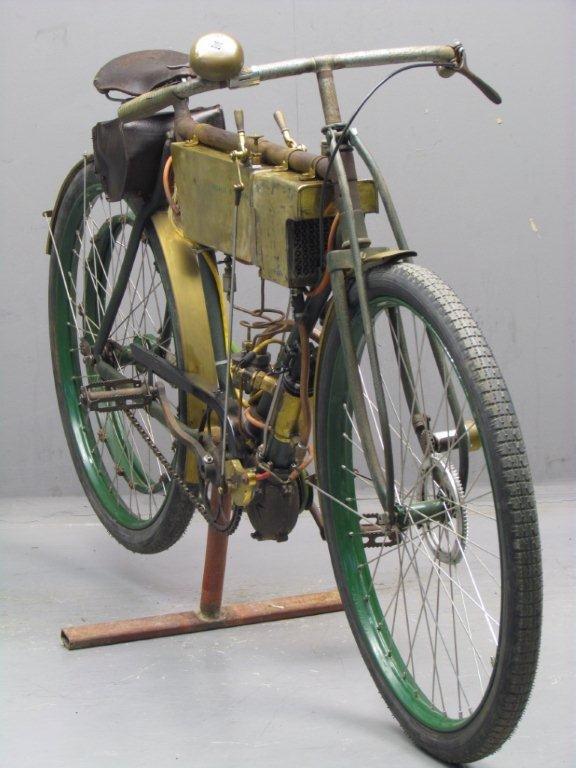 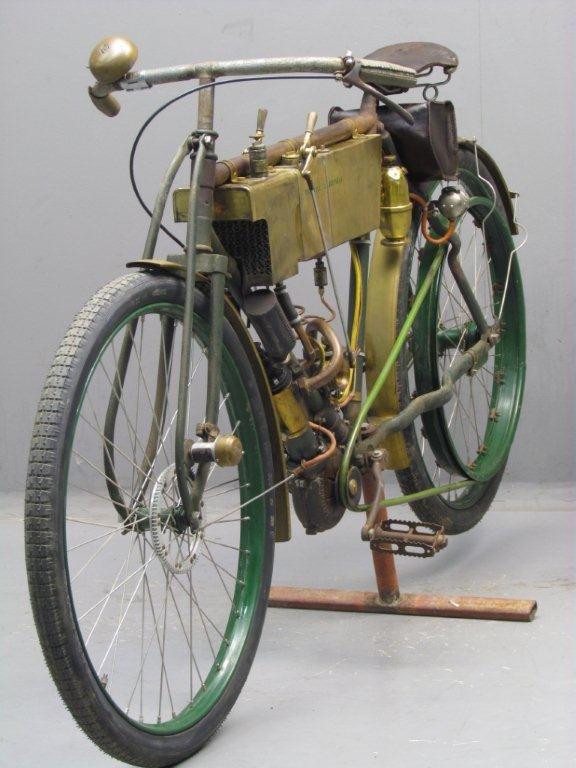 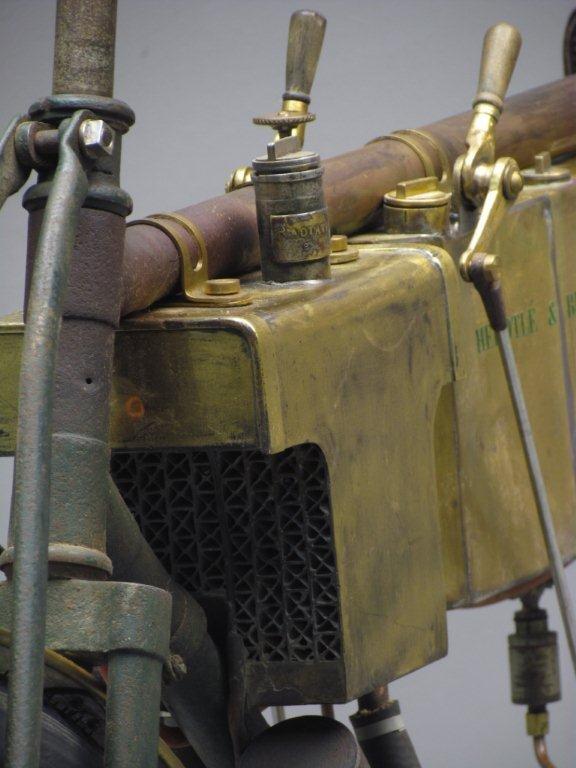 Compared with the rather crude engines that powered many of the first generation of motorcycles, the engines built by Herdtlé-Bruneau were made with the precision of Swiss watches.
They used the most advanced methods of the day and were renowned for their high standard of finish.
The engines were produced at the Rue de la  Chine in Paris from 1903 until 1912.
This excellent little engine was sold ready to bolt on to a bicycle frame, and was available with either air or – as here – water cooling.
It was right in step with the times, using a mechanically-operated overhead-inlet valve rather than the atmospheric  inlet valves used by most other makes.
Notable is that the exhaust valve was overhead too, so despite the small capacity the engine was surprisingly powerful.
This example has coil-and-trembler ignition but magneto ignition  became available as an extra in 1905.