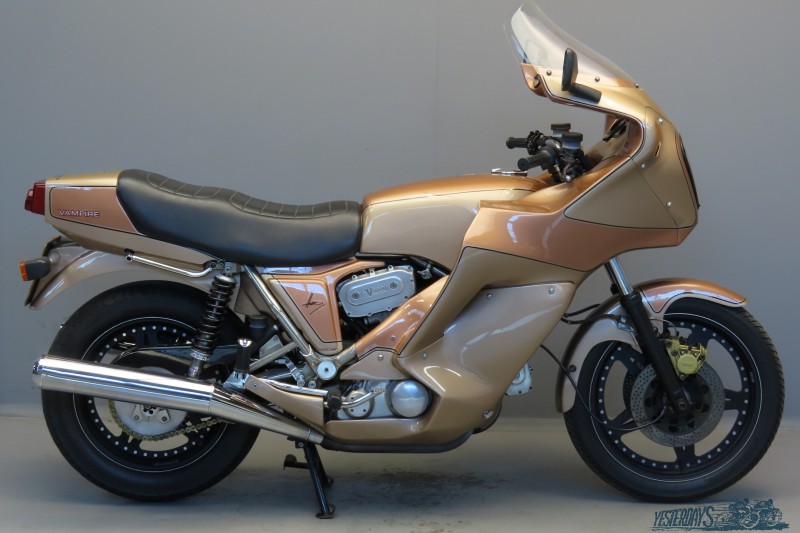 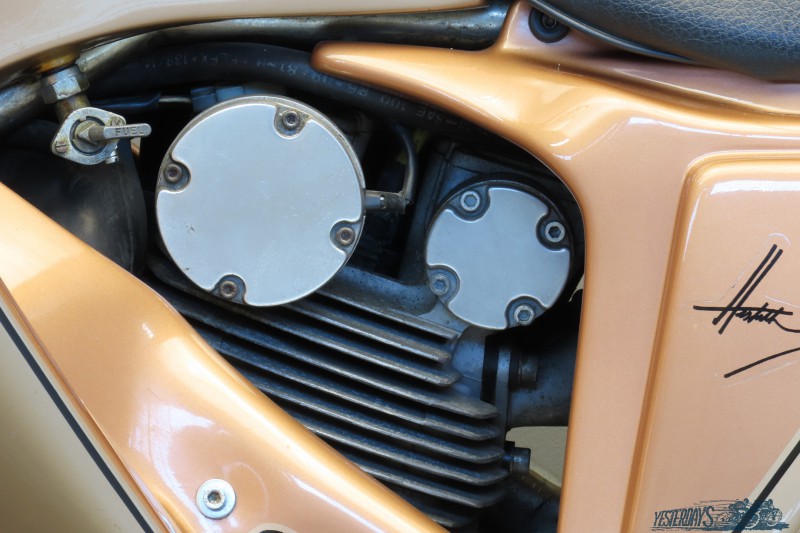 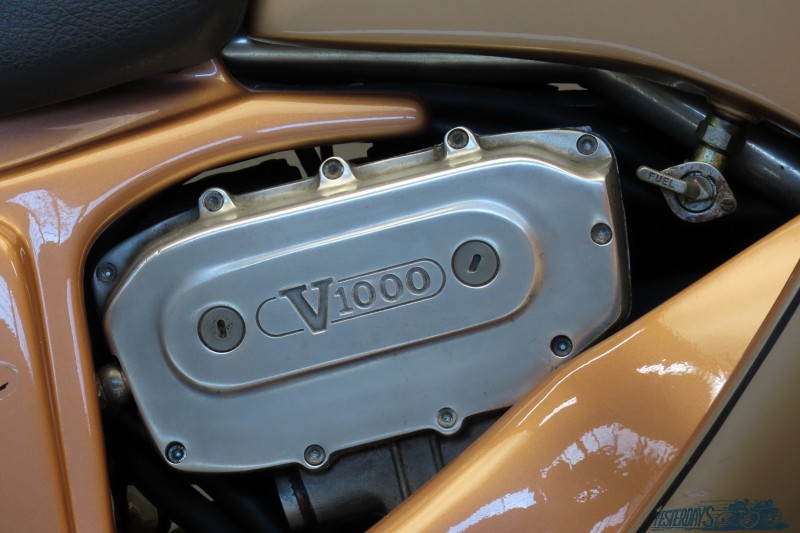 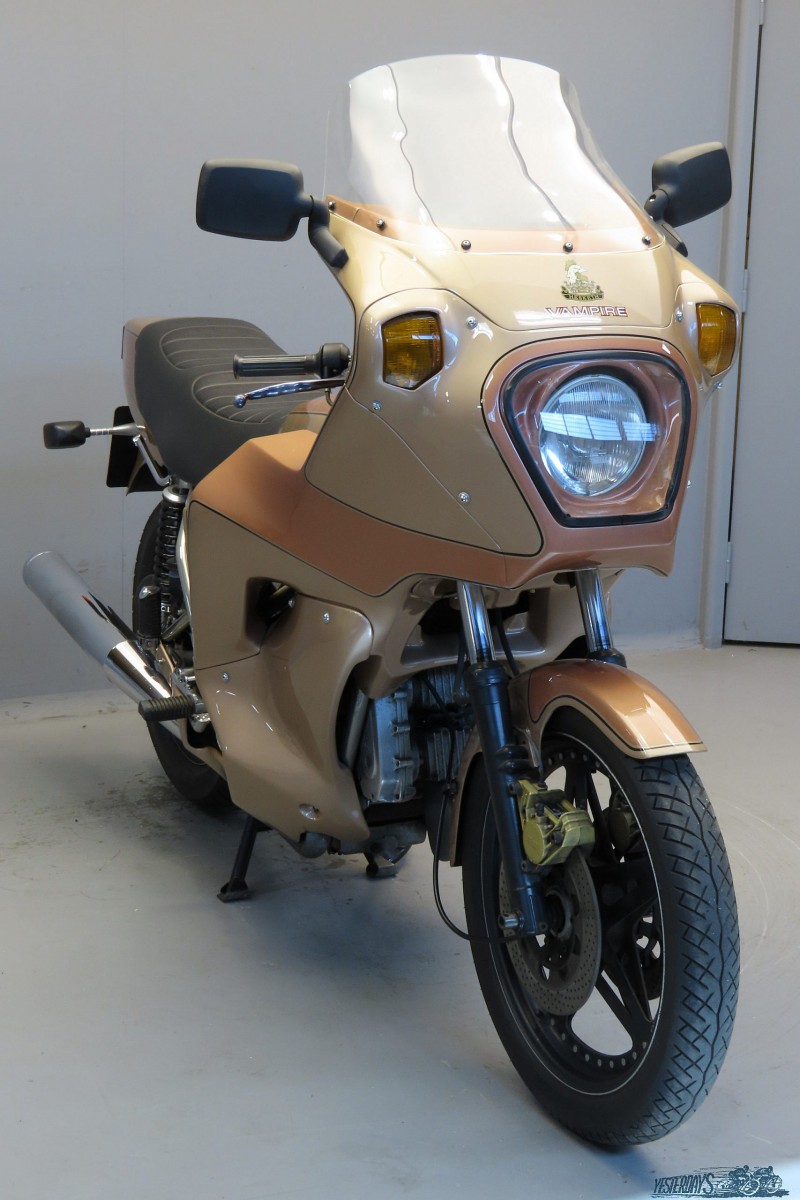 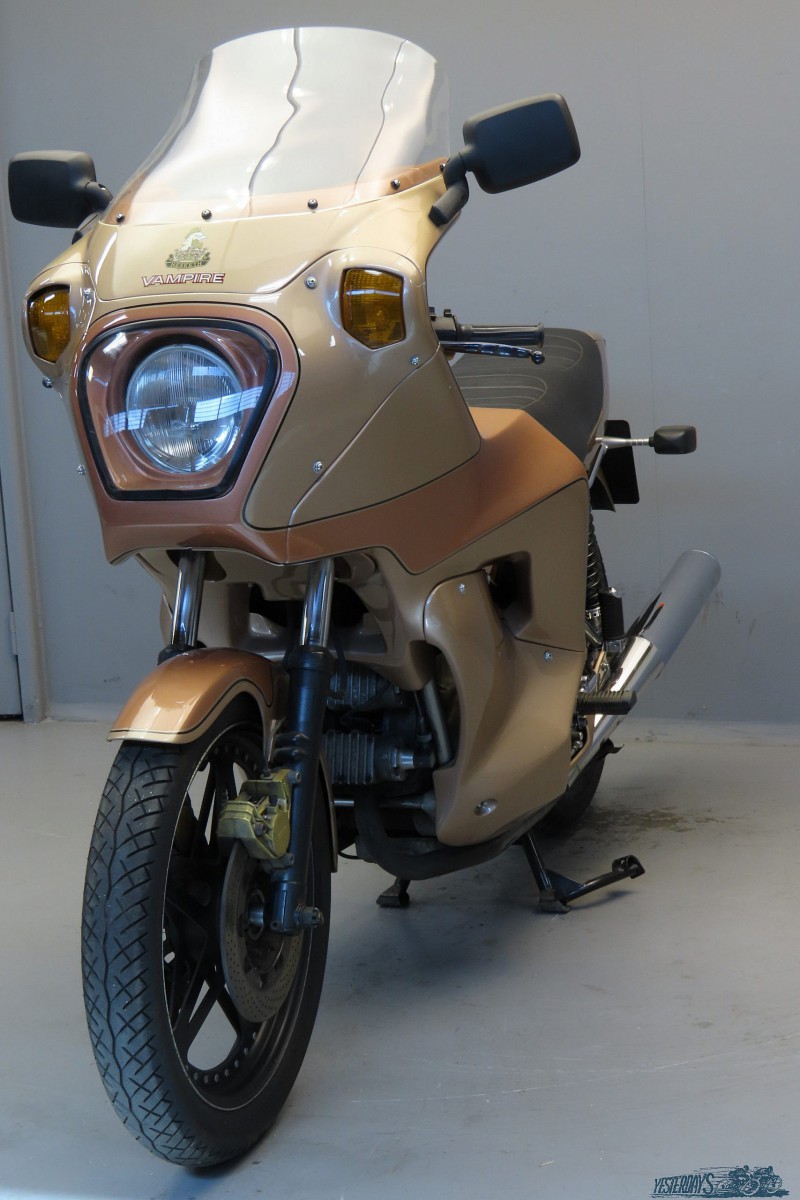 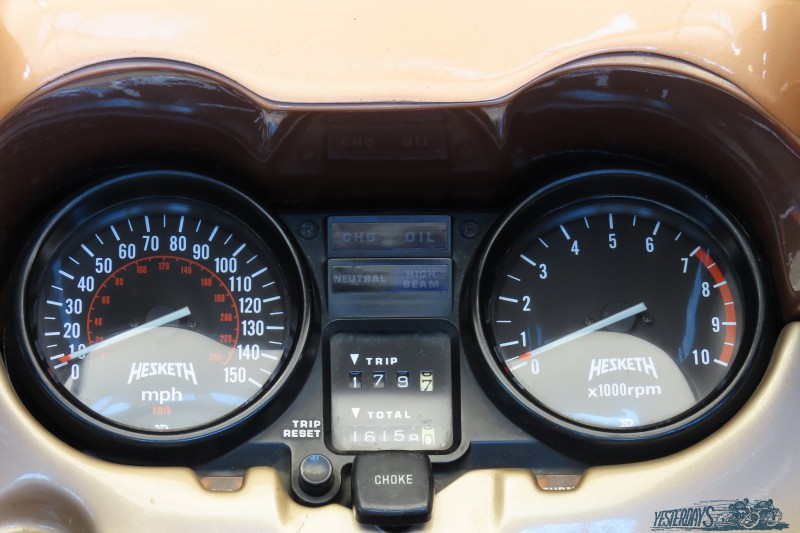 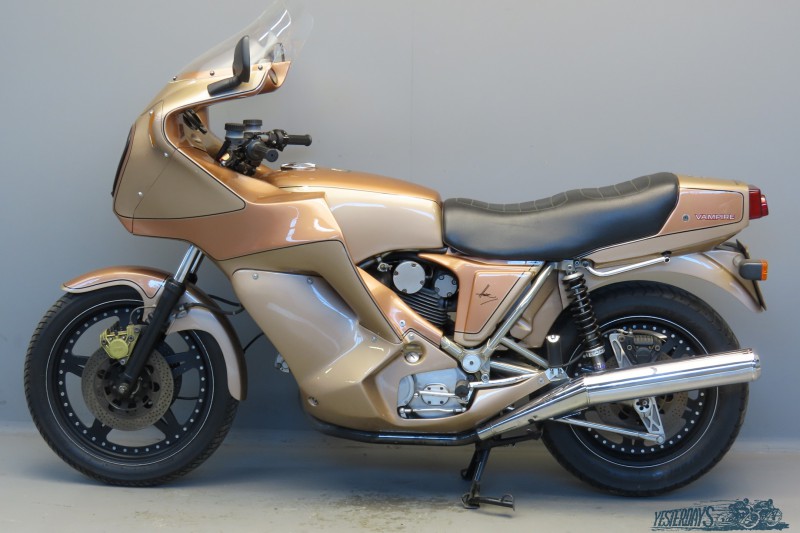 Brainchild of wealthy aristocrat and Formula 1 team owner Alexander, Lord Hesketh, the Hesketh V1000 promised to be an all-new British superbike in the Vincent mould. The proposed design had all the right ingredients: 992cc 8-valve Weslake v-twin engine, nickel-plated Reynolds 531 frame, Brembo brakes, Marzocchi front forks, Dellorto carbs, Lucas Rita electronic ignition and Astralite wheels. In the spring of 1980 the firm had a running prototype but unfortunately it was rushed into production before all bugs had been ironed out. The resultant bad press combined with an underdeveloped bike, lack of cash and a collapsing market meant that after the production of 139 bikes, the company went into receivership in 1982.

Later on in 1982 Lord Hesketh decided to try again, he had bought the rights to the defunct Hesketh Motorcycle company and working with a small team he released the new Hesketh Vampire – an updated Hesketh V1000 with a large aerodynamic fairing designed by John Mockett.

Sadly many gremlins remained, sales suffered and only about 40 Vampires were built. Following the original company’s demise, small-scale production was restarted later by successor-company Hesleydon Ltd at the Hesketh family seat at Easton Neston where, over the years, development engineer Mick Broom managed to eradicate virtually all the V1000s shortcomings.

He consistently developed the engine into a reliable unit and production recommenced in very low numbers – it would stay in production like this for over 30 years. Existing Hesketh owners could ship their engines to Broom for rebuilding, he would then integrate the necessary updates and ship back the engine with it now running like a Swiss watch.

The Hesketh Vampire was designed with high-speed, long distance touring in mind. Its engine was capable of 82hp at 6,800 rpm, propelling the bike on to a top speed of more than 200km/h. For more detailed information it’s worthwhile to check out the website of the Hesketh Owners Club, www.heskethownersclub.org.uk .

The Vampire’s fairing is shaped from fibreglass, it was designed specifically to help cool the engine while the bike was underway, with rear intakes to send a cool stream of air to the rear cylinder heads. There’s comfortable seating for two with grab rails under the pillion seat, and the windshield was designed to send airflow up over the rider’s helmet. The fuel tank capacity was 25 litres.

This very rare Vampire was last used in 2019 and its odometer reads only 16,158 miles. The machine is in good condition throughout and should require only some minor check-ups before returning to the road.