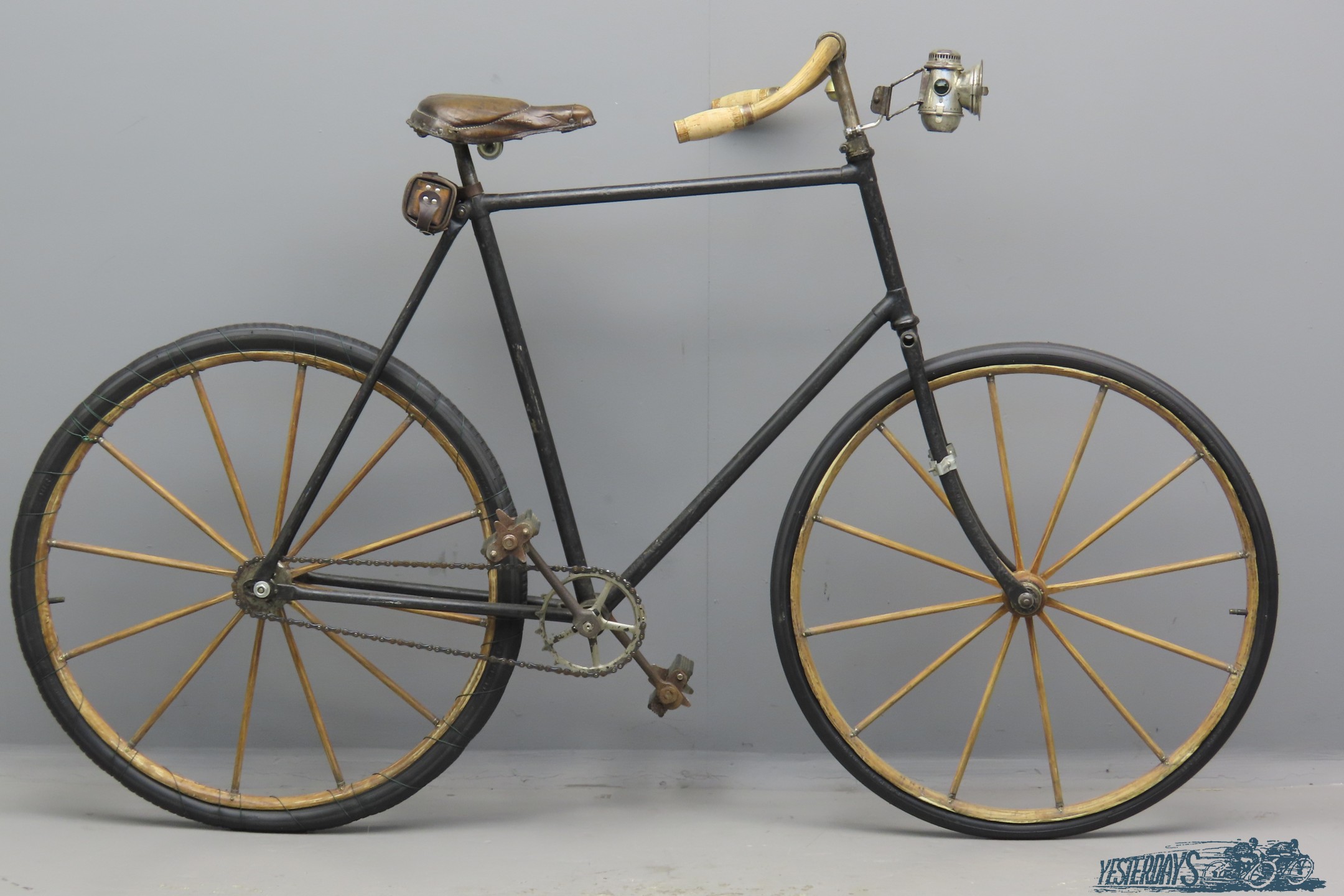 The frame of this ca. 1898 bicycle is of conventional design, but the wheels are not: rims, spokes and hubs are made of strong and resilient hickory.
Before the turn of the century a number of -mostly American-  manufacturers introduced this type of wheel on bicycles.
The most notable of these manufacturers was Sterling Elliot.
This bicycle is in good condition.
The contemporary  padded saddle is a “Hunt”, made in Westboro, Mass.
The  adjustable handlebars are made of bamboo and  have cork grips.
The cranks are adjustable and there’s a French “La Parisienne” oil lamp mounted.